Two teenagers have described the terrifying moment a red flare soared over World Cup crowds hitting them both and leaving them with severe burns.

Samuel Rogan, 19, was among 15,000 fans who crammed into Melbourne’s Federation Square on Sunday morning for the Socceroos final match against Argentina.

The teenager told Nine News that he and his friend were celebrating the first Australian goal when a flare rocketed through the air before crashing into his friend’s face.

It then ricocheted and grazed his arm. 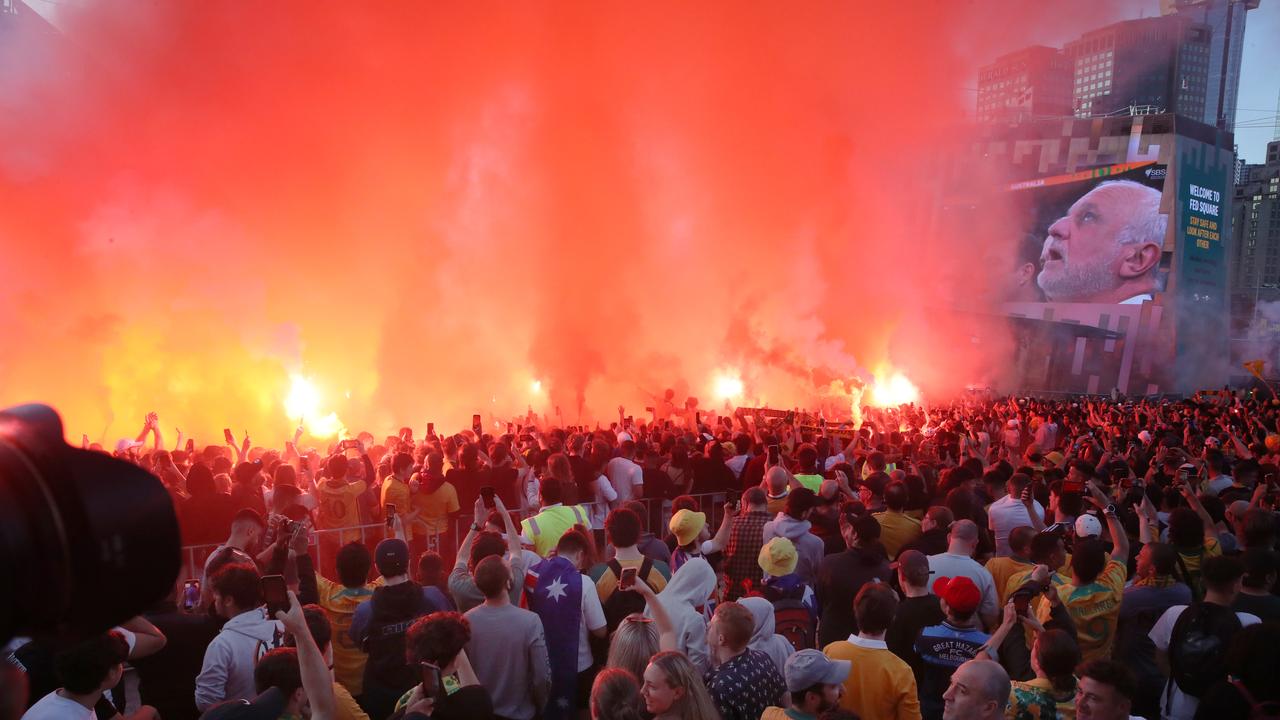 Flares set off at the World Cup soccer game between Australia and Argentina at Federation Square in Melbourne. Picture: NCA NewsWire / David Crosling

“It felt like someone was just sitting there with a fire torch just on my arm.”

His friend suffer bur under his eyelid, singing off his eyelashes and third-degree burns on his wrist.

“He could have lost his eye,” Mr Rogan said.

“I could have lost half the skin on my arm.” 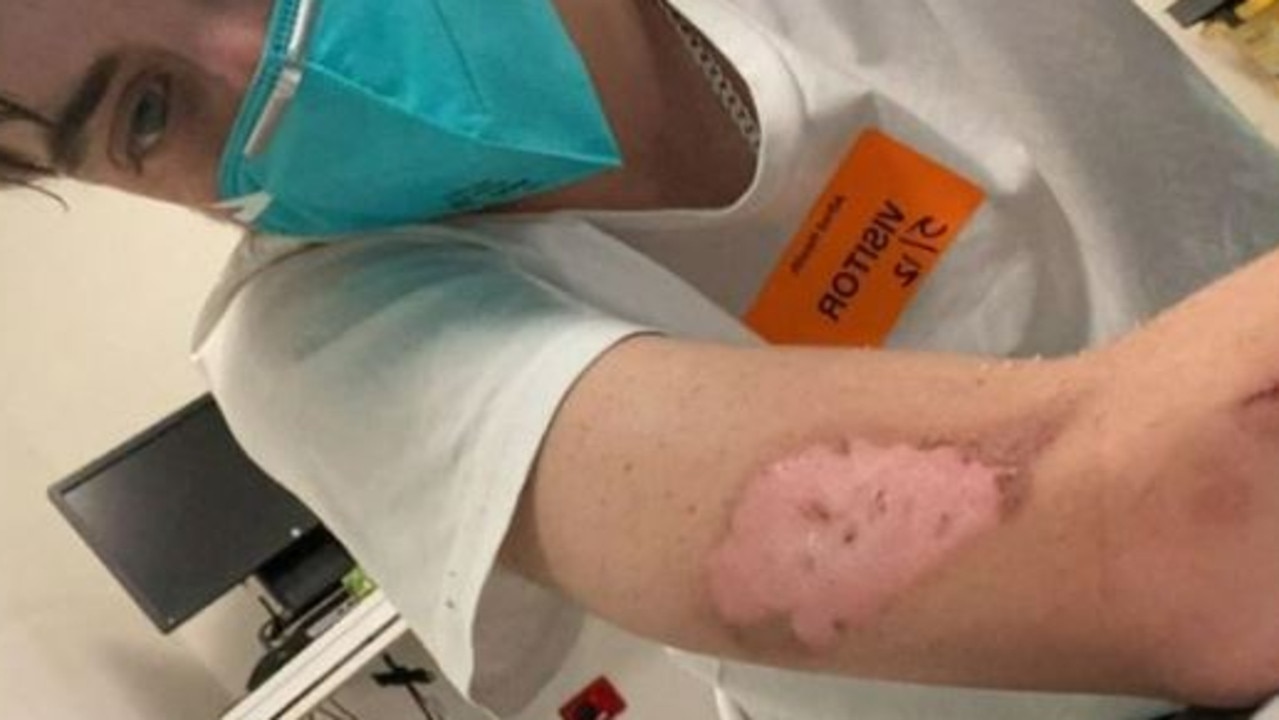 “It could have been a lot worse.”

The orange-red haze of burning flares and the smoke they release became a fixture of World Cup celebrations right across the world. 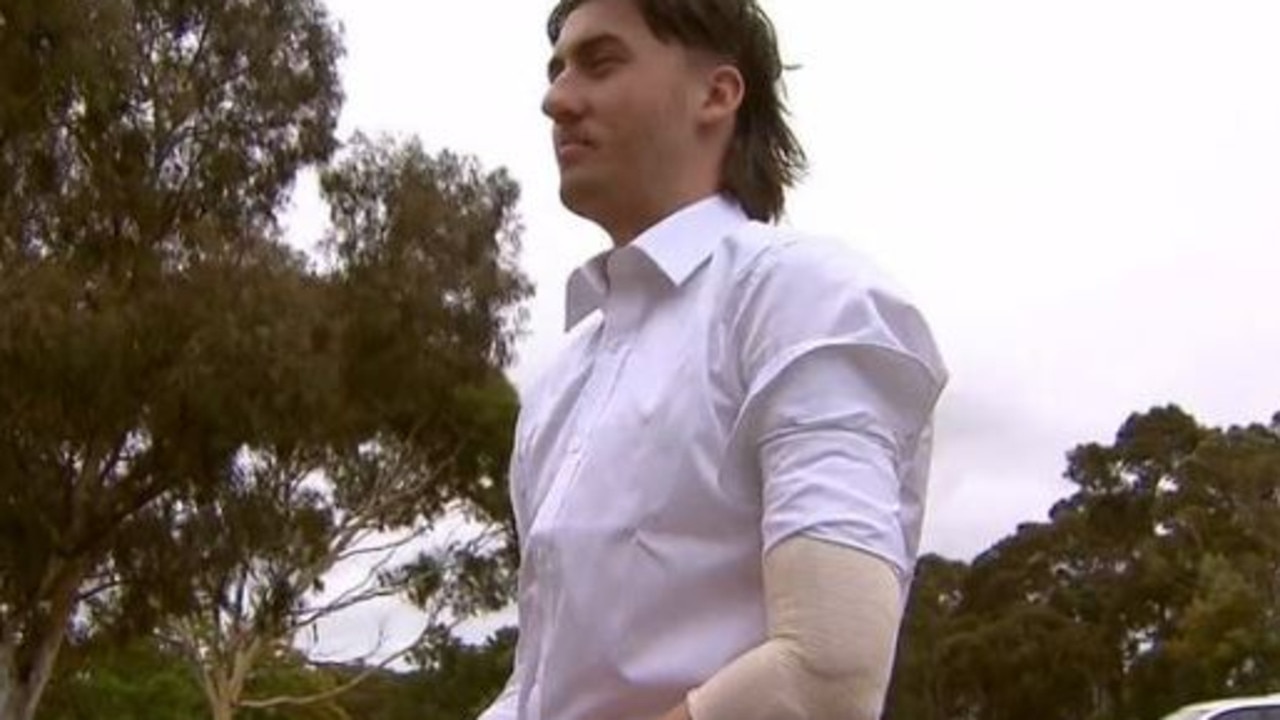 The 19-year-old said his skin was bubbling after the flare was set off when Australia scored a goal. Picture Nine News. JPG

Socceroos fans went viral around the globe when videos emerged of celebrations in Federation Square with flares burning a hole in the centre of a crowd of fans.

The Socceroos have returned home on Tuesday morning after they were knocked-out during Sunday’s loss to Argentina 2-1 in the World Cup round of 16 match.