Australians could be in for a wild ride with supply shocks expected to continue to rock the cost of living for years to come, according to the Reserve Bank.

“It is likely that we will have to deal with this tension more frequently in the future.” 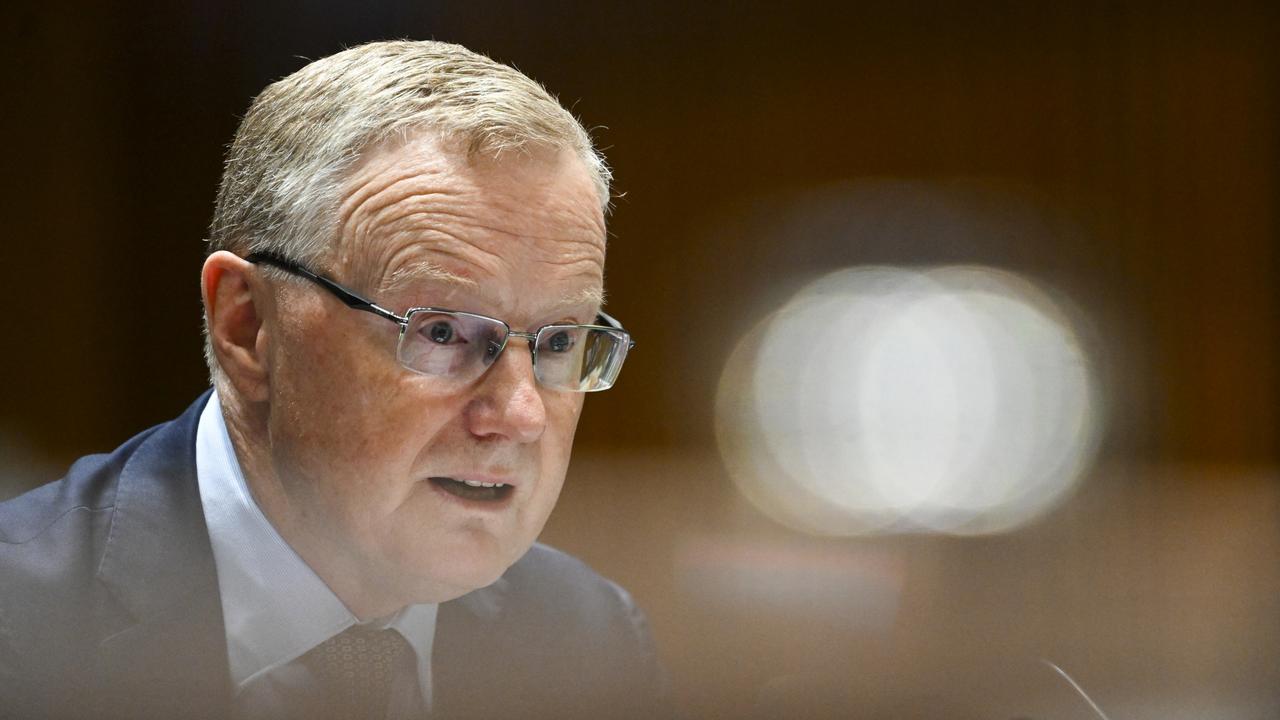 RBA governor Philip Lowe says that more supply shocks are on the way which will impact inflation. (AAP Image/Lukas Coch)

Dr Lowe highlighted the impact of recent world affairs on historically high levels of inflation, with Australians facing a rise of 8 per cent in the consumer price index by the end of the year.

“The very recent past has served as a powerful reminder of just how influential the supply side can be, with Covid disruptions and Russia’s invasion of Ukraine contributing to the highest inflation in decades,” he said.

Outside of the Covid-19 pandemic and the Russia-Ukraine conflict, Dr Lowe highlighted other developments that could see prices become more volatile in the coming years. 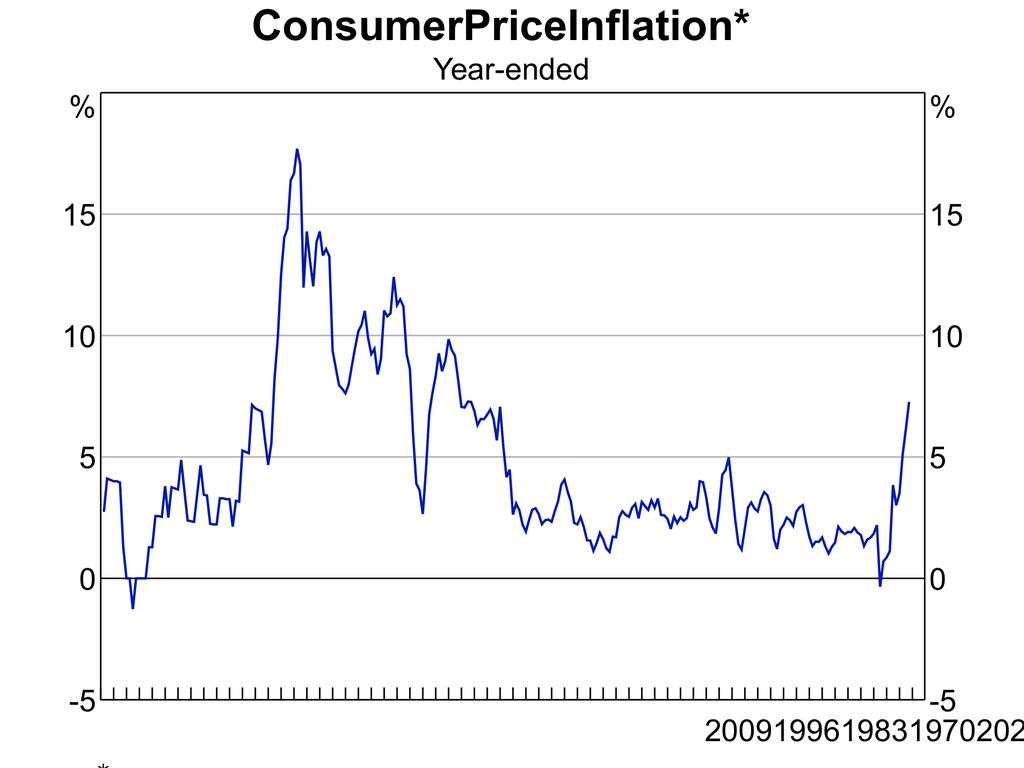 The most recent CPI has recorded an increase in inflation of 7.3 per cent in the past year. Picture: RBA

He noted the increasing frequency of extreme weather and climate events is a trend that is likely to continue, with the number of major floods doubling over the past 20 years.

“These climate events disrupt production and they affect prices. We know this all too well in Australia, where recent floods are one of the factors pushing inflation up at present,” he said.

“But it is not just food production that is affected by extreme weather, it also disrupts the production of commodities and the transport and logistics industries. The frequency of severe weather events like floods have doubled in the past 20 years. Picture: RBA

He also highlighted the possibility of energy prices increasing even higher than current levels as the world transitions to renewables.

Dr Lowe argued that existing capital stock used to produce energy is “depreciating quickly” as power plants are decommissioned and levels of sustaining investment are decreased.

“It is difficult to make predictions here, but it’s probable that the global capital stock that is used to produce energy will come under recurring pressure in the years ahead,” he said.

“If so, we could expect higher and more volatile energy prices during the transition to a more renewables-based energy supply.

Dr Lowe argued that investors aren’t rushing to the energy sector in a way that would increase supply, unlike Ausralia’s resources boom a decade ago.

“In contrast, the investment response this time has been negligible and there are few signs that firms are planning to increase supply in response to the higher prices,” he said.

Dr Lowe went on to argue that the Australian economy needed to focus on becoming more productive in order to avoid taking on the negative impacts of shocks. 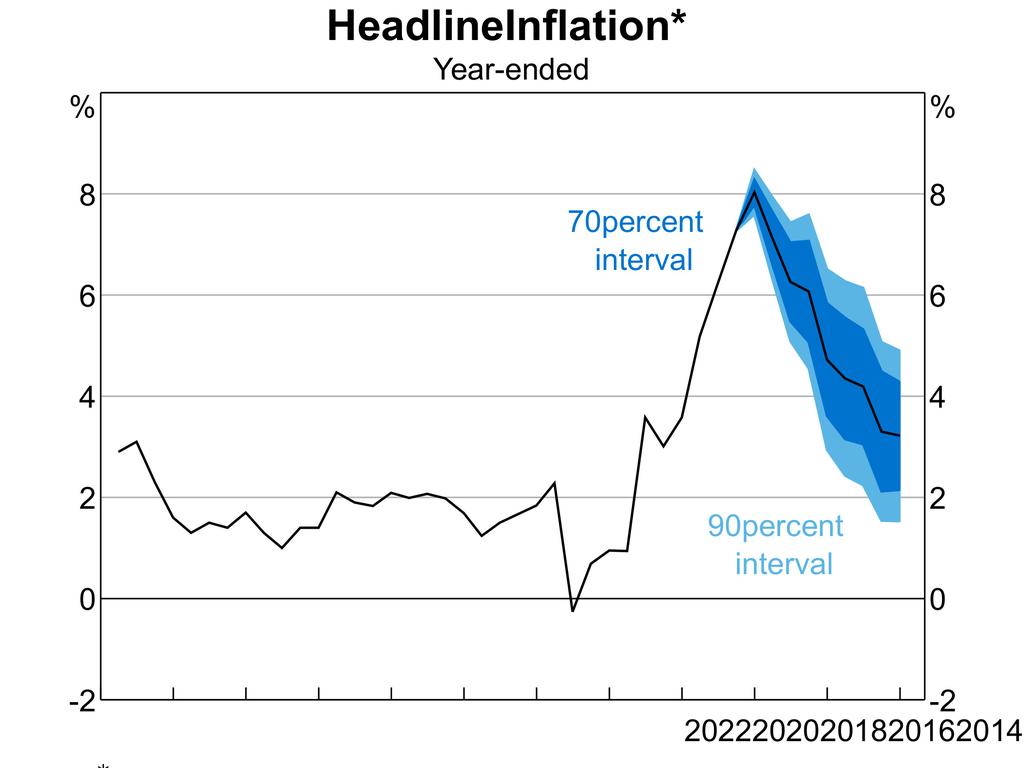 Inflation is expected to return to its target of 2-3 per cent by the end of 2024. Picture: RBA

“As a country, we need to do what we can to make sure that the supply side of our own economy is flexible,” he said.

“In a world of more frequent supply shocks, we will be better off if there is flexibility in our labour and product markets so that we can respond quickly and effectively.

There are signs that levels of high inflation are reaching their peak and will begin to temper off before returning to normal in the next few years according to Dr Lowe.

“There is a reasonable basis to expect that inflation will come down over the next year and the year after that,”