A Queensland hospital has been forced to call a snake catcher after a patient brought in a venomous snake after being bitten.

Hervey Bay Snake Catchers was called to Hervey Bay Hospital on January 20 after a man brought in the reptile in a jar after he stepped on it.

Snake catcher Drew Godfrey was told it was a baby red-bellied black snake, however, upon arrival found that it was an eastern small eyed snake – a much more venomous species. 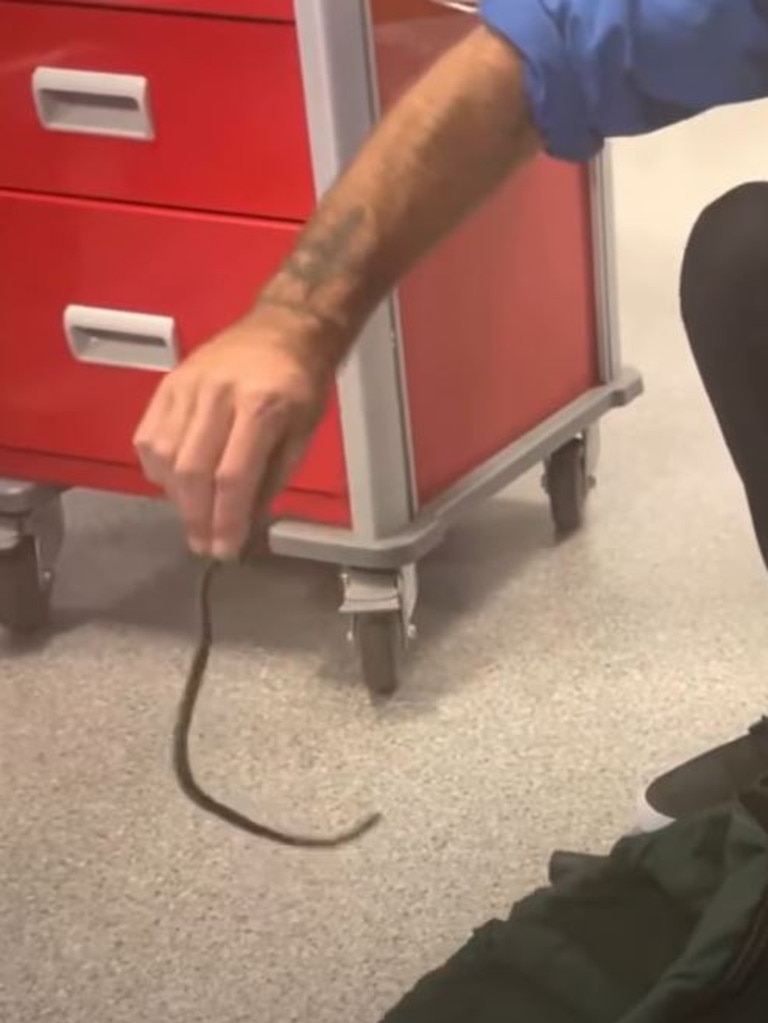 The snake is very timid and only bites when harmed. When threatened its likely to headbutt according to snake catchers Picture: Hervey Bay Snake Catchers 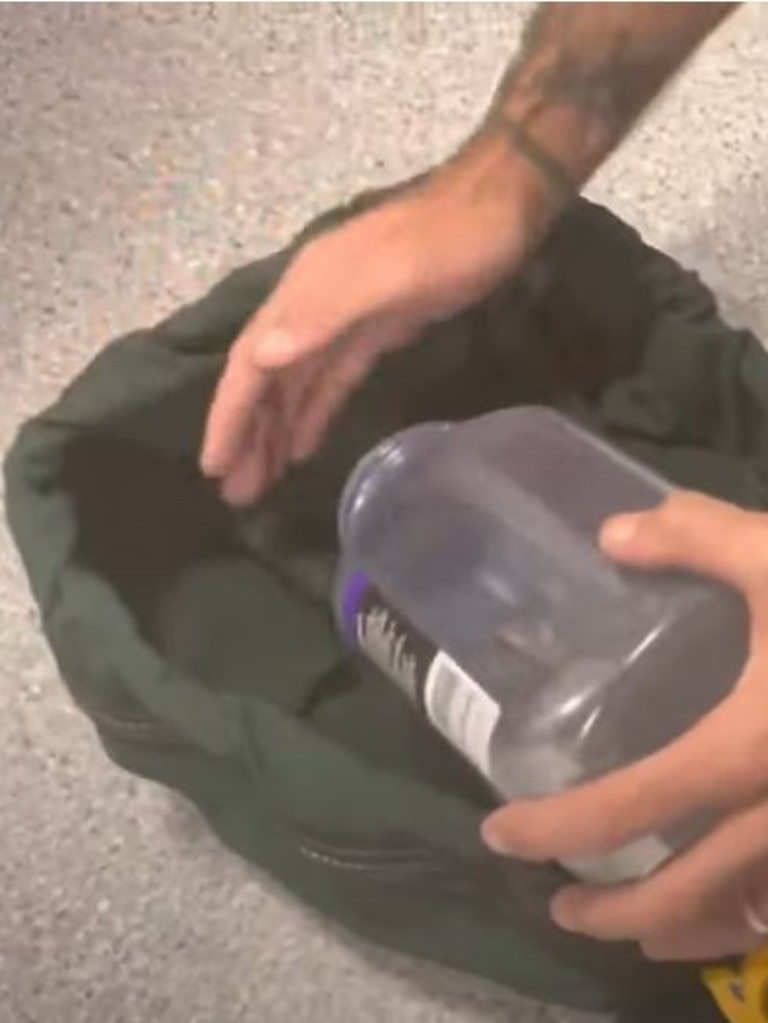 Mr Godfrey was so confident the snake would not bite him that he took it out of the jar and handled it in front of nurses without being harmed. Picture: Hervey Bay Snake Catchers

“Both are in the same family of snake, but the small eyed snake doesn’t get as big and is significantly more venomous,” Mr Godfrey said.

Mr Godfrey quickly removed the snake after showing it to the nurses and released it into a natural habitat.

“This is really uncommon and the snake only bit him because it would’ve been hurt and terrified,” he said. 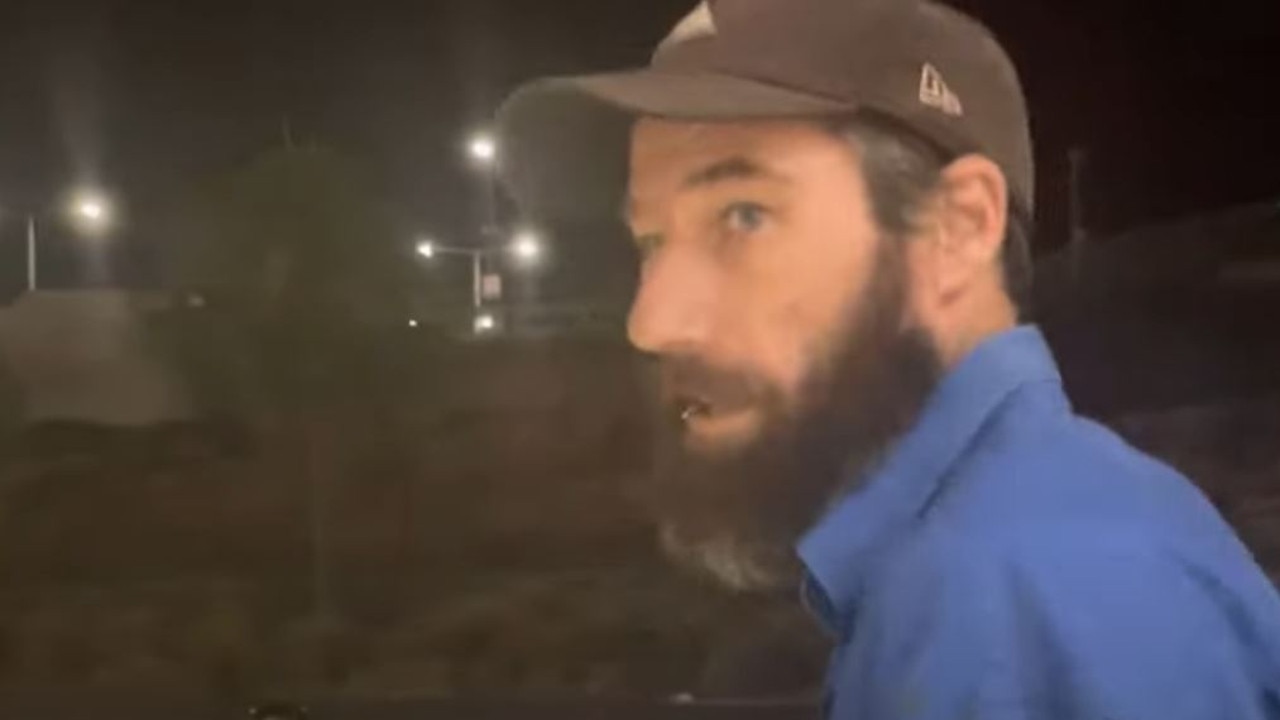 Mr Godfrey said he had brought in snakes to a hospital himself but did not advise others to do the same. Picture: Hervey Bay Snake Catchers

“It’s not known to bite people, it’s very secretive and shy and is more likely to headbutt or stand-up than bite.”

The bite victim is expected to be okay, according to Mr Godfrey.

“Thankfully he’s done the right thing and gone to hospital,” he said.

“With the correct first aid and medical treatment, it’s actually hard to die from snake bite these days so old mate should hopefully be just fine.”