Wet and stormy weather is forecast to lash multiple states this week, with wild conditions refusing to take a break for the Australia Day public holiday.

Spectacular lightning storms were spotted over Sydney on Tuesday night. At about 9pm, bolts of lightning began flashing across the sky before the arrival of evening storms.

Massive amount of lightning off towards the coast of Sydney. Does anyone have footage closer?#sydney#thunderstormpic.twitter.com/OEcMfYaNSi

Millions are expected to get out into the sun on Australia Day, but Sydneysiders have been warned to brace for an afternoon change.

“But the pleasant morning weather will hide the threat of afternoon thunderstorms which could become severe.”

Storms will start to develop around the ranges and western parts of Sydney by the afternoon, threatening damaging winds, heavy rain and large hail.

Sydney is forecast to reach a top of 31C in the city and 35C in the west, with humidity remaining high.

In the 90-minute period to 3.30pm, at least 24mm of rain fell over Geelong Racecourse.

More than 3000 homes were left without power when lightning struck the area.

Cloudy skies and drizzly rain is forecast to push through southern Victoria on Thursday before moving north across the border.

If the cyclone does develop, it could bring gusts of up to 125km/h and intense rainfall.

Modelling is suggesting between 150–300mm of rainfall could fall in 12–35 hours in a short and sharp drenching. 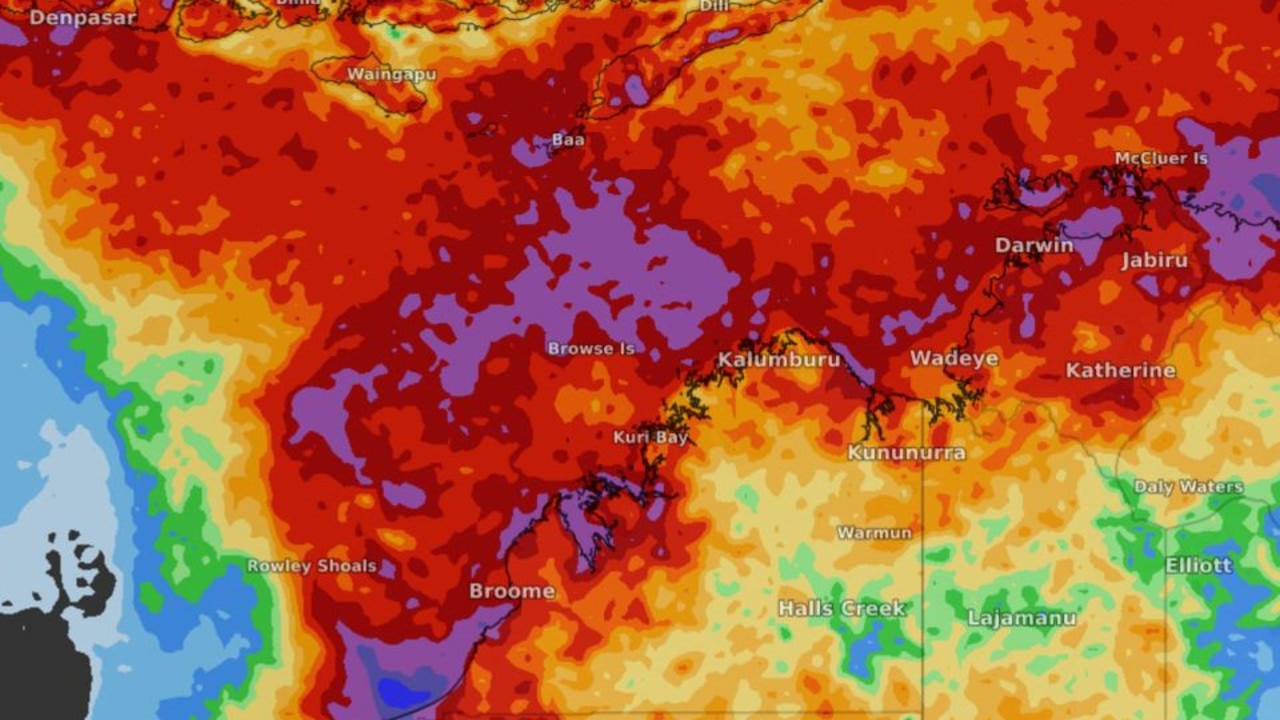 Tropical Cyclone Freddy may touch down in WA this week. Picture: Weatherzone

Weather will remain fine in South Australia for most of the week before a cool change brings significant rainfall by the weekend.

Temperatures will stay below 30C before Friday, when sweltering heat will grip Adelaide.

The mercury could reach 37C before the weekend.

A band of rain will “steamroller” through the state on Saturday morning, according to Sky News meteorologist Alison Osborne. 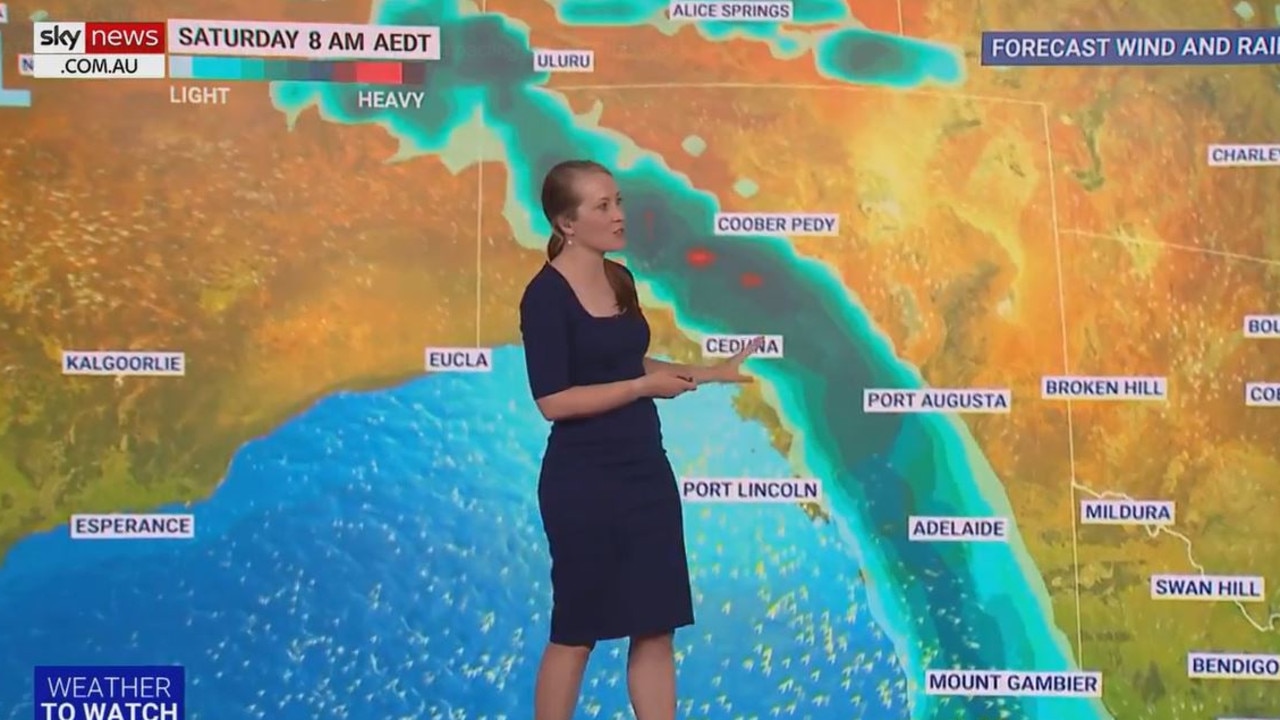 A rainband is due to steamroll through South Australia. Picture: Sky News

Humid and “unsettled” conditions are forecast in southeast Queensland to kick off Australia Day.

Showers may develop in the afternoon, focused around areas further inland, while coastal areas could be spared.

They are likely to remain over the lower end of the state into Friday before clearing ahead of the weekend.

Temperatures will stay in the low 30s for the rest of the week.

Hobart is currently warm, with a high of 26C expected on Wednesday, though a cool change is on the horizon.

Tasmanians celebrating the public holiday will have to brace for cooler temperatures with a top of 21C.

The weather is forecast to warm up again by the end of the week before cloudy skies return.

Partly cloudy conditions are expected for the nation’s capital, though temperatures are predicted to stay above 30C.

There is a slight chance of showers for the public holiday, with winds of up to 20km/h in the late afternoon.

The skies are due to clear by Saturday, with sunny, warm conditions expected.

The wet season continues to lash the Northern Territory where hot, steamy weather is combining with persistent rainfall.

Up to 15mm of rain is likely to fall on Wednesday and again on Thursday.

Temperatures will stay above 30C throughout the week.