Erin Molan fought back tears as she shared stories about her “hero” father, Senator Jim Molan, during his emotional funeral service.

Fifty five years after the former major general graduated from the Royal Military College, Duntroon, his casket returned on Wednesday to the sound of bagpipes playing Amazing Grace.

Erin carried a red box containing his service medals, while leading other mourners into the service.

Once inside, the Senator’s coffin was guarded by a catafalque party.

Addressing the packed out service on Wednesday, the Sky News presenter hailed her father’s devotion to his family, remembering him as “a dad we idolised, we were inspired by, and who was our hero.”

In a brief moment of levity, she recalled the day the former major general was diagnosed with prostate cancer in 2021, telling the crowd she was trying to remain composed after being unable to do so at the time.

“We all rushed to hospital,” she said.

“I was on the couch, heaving and crying, and the rest (of Senator Molan’s children) were all being stoic.

“After a while, my brother Mick came over, put his arm around me and said: ‘Erin, I just want you to know, none of us think you’re trying to make this about you’.”

The broadcaster said she “didn’t always agree” with her father but there “was no-one’s opinion I respected more”. Erin was first to enter the chapel behind her father’s coffin, followed by the rest of Senator Molan’s family. Picture: NCA NewsWire / Gary Ramage

His daughter Felicity told attendees about her father’s 55-year “love story” with wife Anne, while eldest Sarah spoke about his role as a grandfather – “Jimmy” to his five grandchildren.

Fifty five years after the former major general graduated from the Royal Military College, Duntroon, his casket returned to the sound of bagpipes playing Amazing Grace.

Erin carried a red box containing his service medals, while leading other mourners into the service.

Once inside, the Senator’s coffin was guarded by a catafalque party.

Twenty two of his former classmates from his days at the Royal Military College and former treasurer Josh Frydenberg were also in attendance. 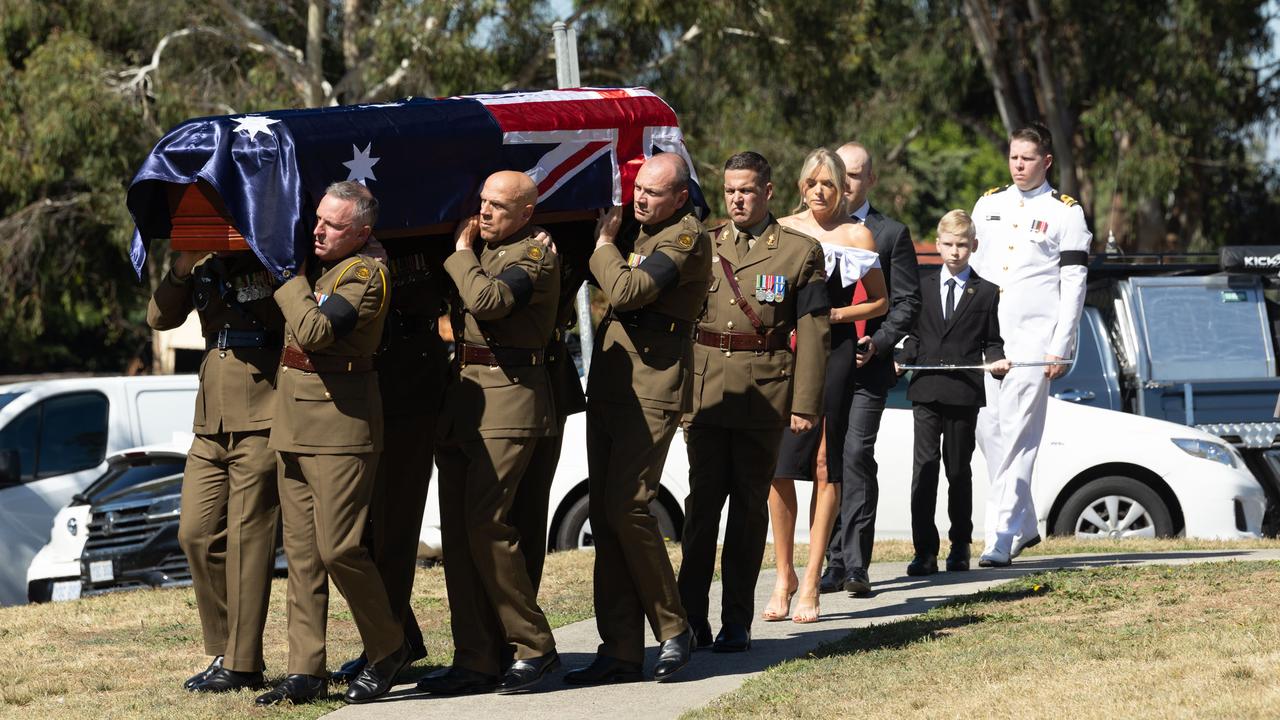 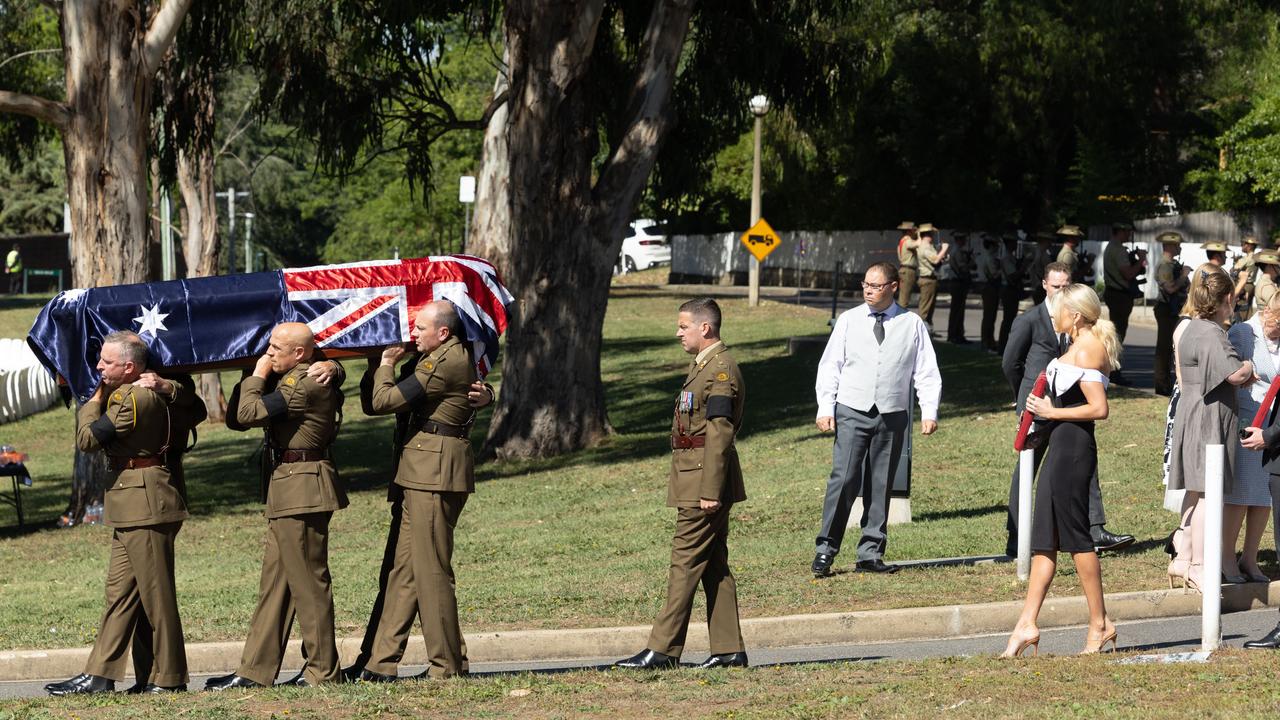 Ms Molan was seen carrying her father’s service medals as she followed him into the chapel. Picture: NCA NewsWire/ Gary Ramage

“He was a man thrust into some of the most difficult and challenging circumstances. He was in the middle of war and bloodshed … He saw first-hand what we would call the darker side of humanity,” he said.

“He saw first-hand what we would call the darker side of humanity.

“Those experiences could have made him angry and cynical, or at the very least, aloof. But for all Jim encountered he was kind and considerate.”

He said the senator remained an optimist throughout his life and had “kindness” in his heart.

“He was not just an Australian, he was one of our greatest. May he rest in peace,” he said.

Senator Molan was diagnosed with prostate cancer in early 2021.

He died peacefully in the arms of his family on Monday January 16. 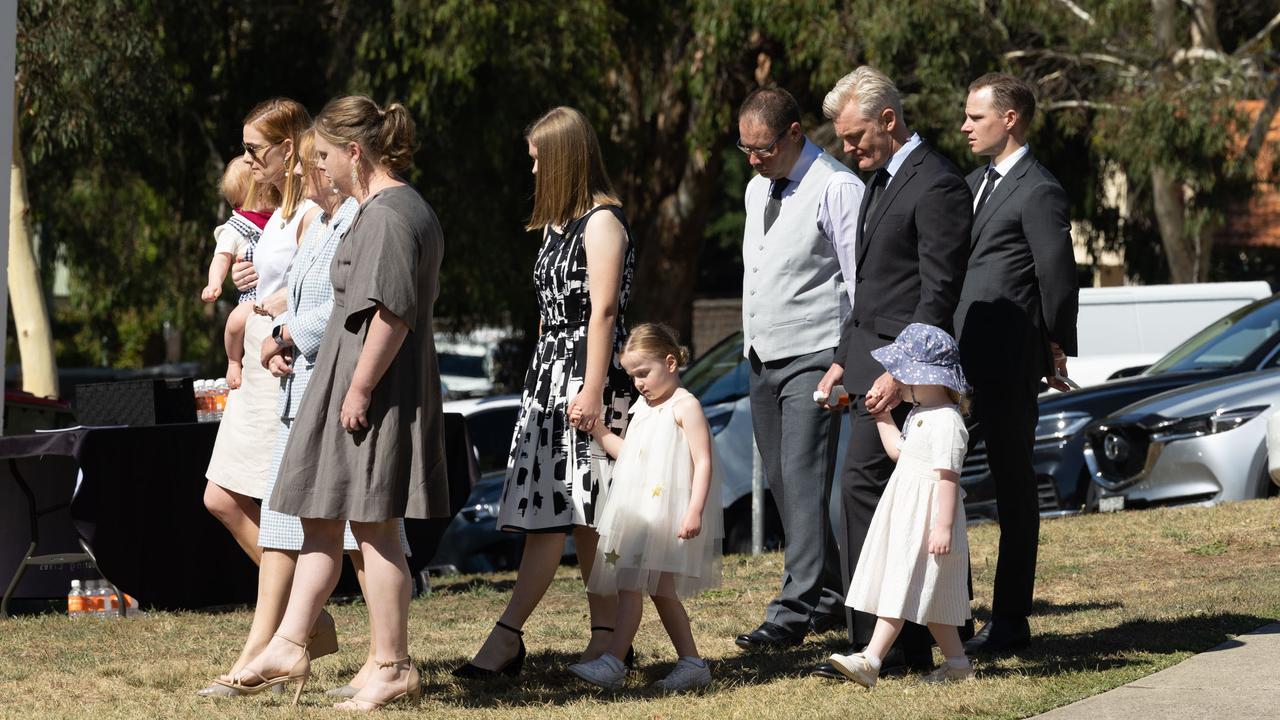 The rest of Senator Molan’s family were seen looking downcast as they entered the chapel, with some wiping away tears. Picture: NCA NewsWire / Gary Ramage 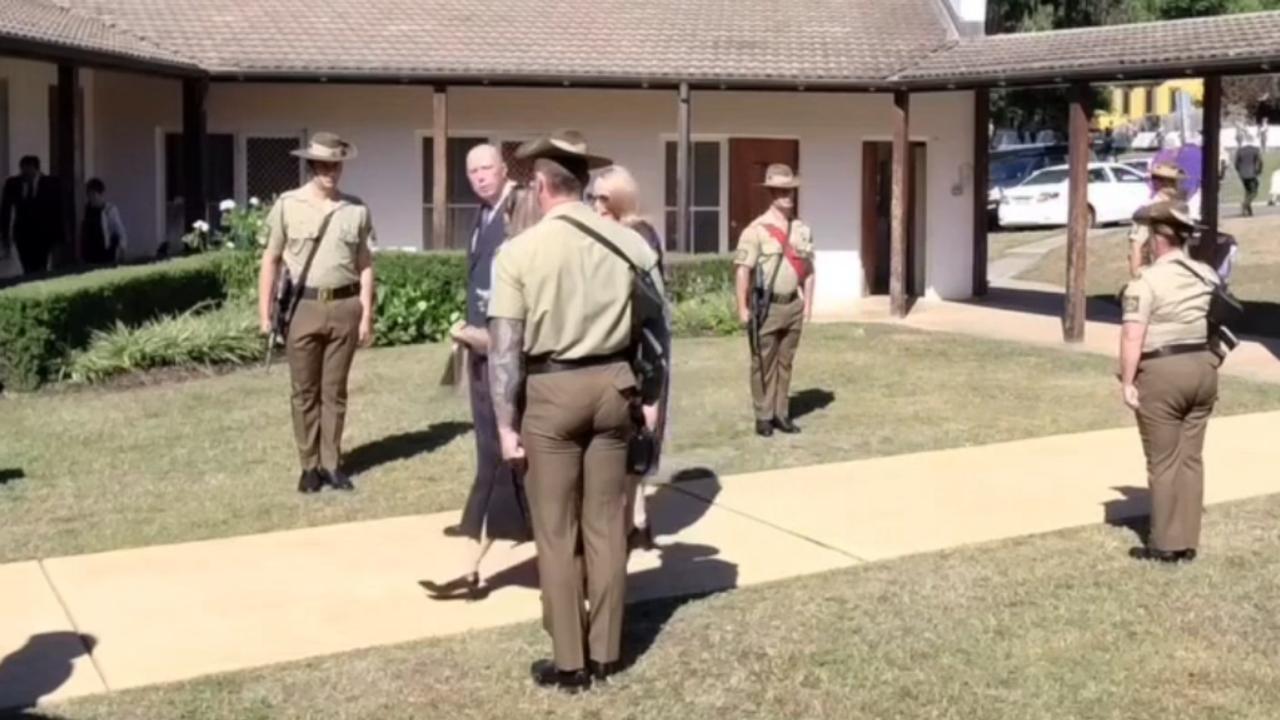 Peter Dutton was seen arriving at the service on Wednesday morning. Picture: Supplied via NCA NewsWire

Speaking ahead of the funeral, deputy opposition leader Sussan Ley said she would miss her “dear friend”.

“I have some wonderful recollections of Jim and his love for regional New South Wales,” she said.

“He just jumped in a car and he drove wherever he needed to, and there are long miles across the patch.

“So he was a soldier. He was a senator. He was a servicemen to his country in so many ways, most recently in the federal parliament.

“I will miss him as a dear friend and a dear colleague and I’m honoured to be here.” 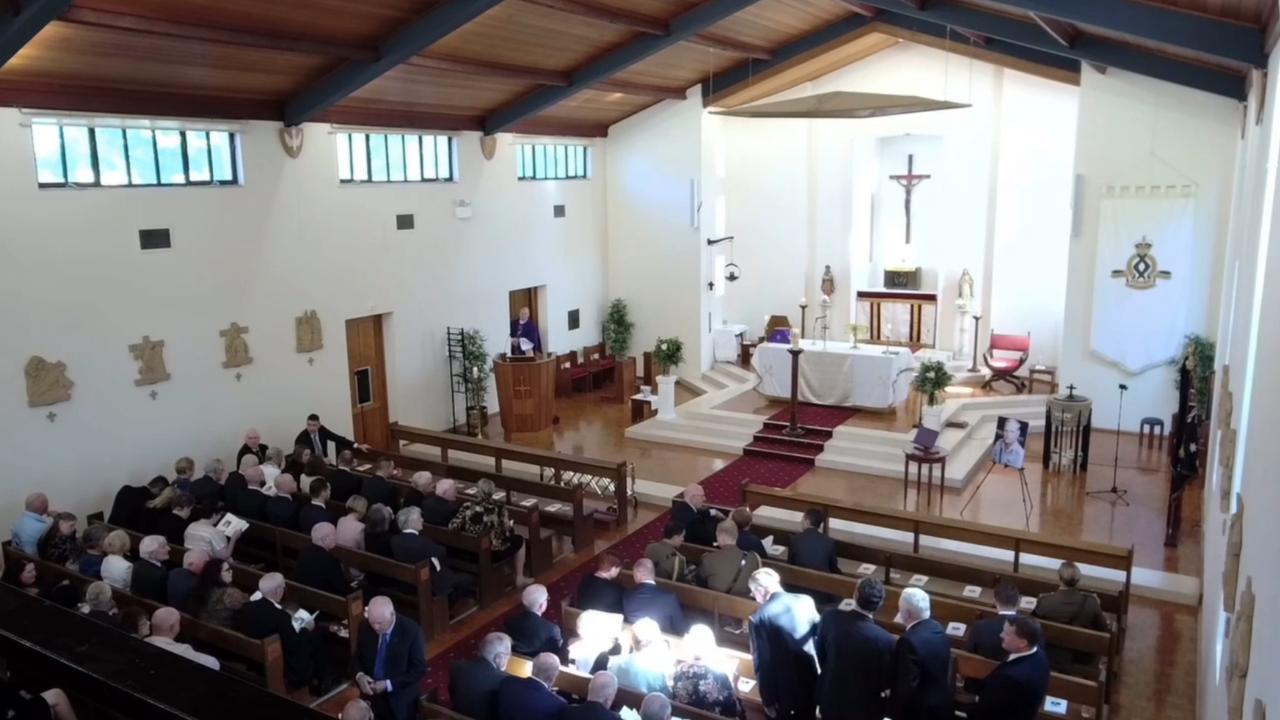 Senator Molan is survived by his wife Anne, four children and five grandchildren.

Prior to entering politics, the Senator’s military career spanned 40 years and has been credited as one of the architects of Operation Sovereign Borders – a hard line military-led policy to deter asylum seekers arriving by boat.

He entered parliament in 2017 after Fiona Nash was disqualified over her dual citizenship.

In 2019, he was relegated to the unwinnable fourth position on the Liberal Senate ticket but was later appointed to the casual vacancy caused by the departure of Arthur Sinodinos.

He was re-elected to the Senate at the 2022 federal election.