SeaWorld Helicopters could be facing major civil lawsuits after a horrific crash near the Gold Coast theme park claimed the lives of a pilot, three passengers, and injured multiple others.

On Monday, visitors waiting to board helicopter tours in the Southport Broadwater at Sea World were left horrified as two choppers collided in the air.

The crash killed four people – Ron, and Diane Hughes, 65 and 57, on holiday from the UK and Vanessa Tadros, 36, from Sydney.

One of the helicopter’s pilots, Ashley Jenkinson, also lost his life in the crash.

As investigations into the incident continue, legal and tourism professionals have weighed in on the future of the theme park and what the families of victims could do next. 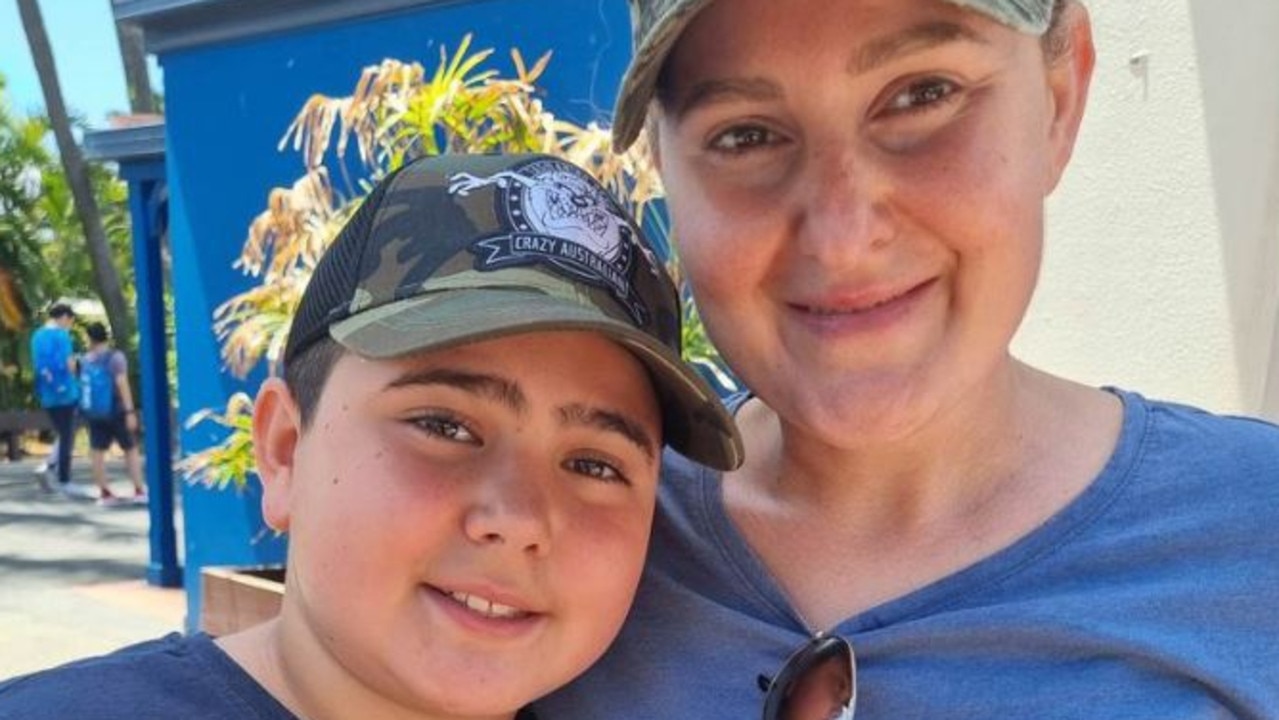 Vanessa Tadros, who died in the crash, in the last photo taken with her son before the two helicopters collided. Picture: 9 News

Law expert from the University of South Australia, Emeritus Professor Rick Sarre told NCA Newswire the incident would likely be treated the same as the Dream World accident in 2016 when four people died on an amusement park ride.

In 2020, Dream World was deemed responsible for the incident after a court found a faulty part of the ride caused the deaths of Cindy Low, Kate Goodchild, her brother Luke Dorsett, and his partner Roozi Araghi.

“This is exactly the same as Dream World,” Professor Sarre told NCA NewsWire.

“(If) the investigation finds pilot error, Sea World Helicopters will face criminal charges potentially and then (could be ordered to pay) civil damages to the victims.” 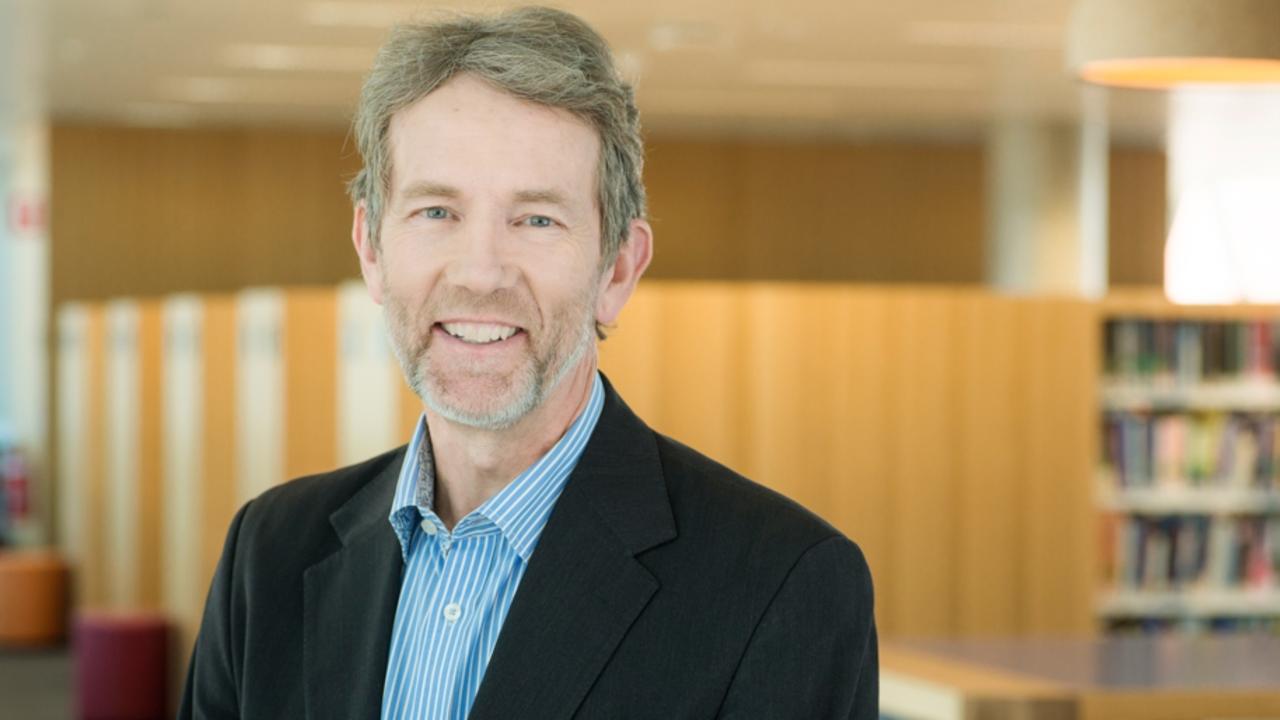 Roger Singh from Shine Lawyers, who represented employees in the Dreamworld case, told NCA NewsWire that the victims of the crash were not at fault at all, and would likely be able to benefit from a “multimillion-dollar” payout.

“There’s no doubt that this was not an act of God, so to speak – something has gone terribly wrong,” Mr Singh said.

“Those who have been damaged as a consequence were in this position through no fault of their own.

“And as a result of that, speaking to experiences I’ve encountered in this type of situation before, the law does allow avenues for regress, in terms of compensation to be paid out.”

He noted some of the families of the victims have turned to crowd-funding sites to try and pay for treatments and damages.

“The long and the short of it is the law is there to provide recompense in the circumstances, so there’s no need ultimately to go to the efforts of trying to get crowd funding … because the law will be there to provide in what way it can. 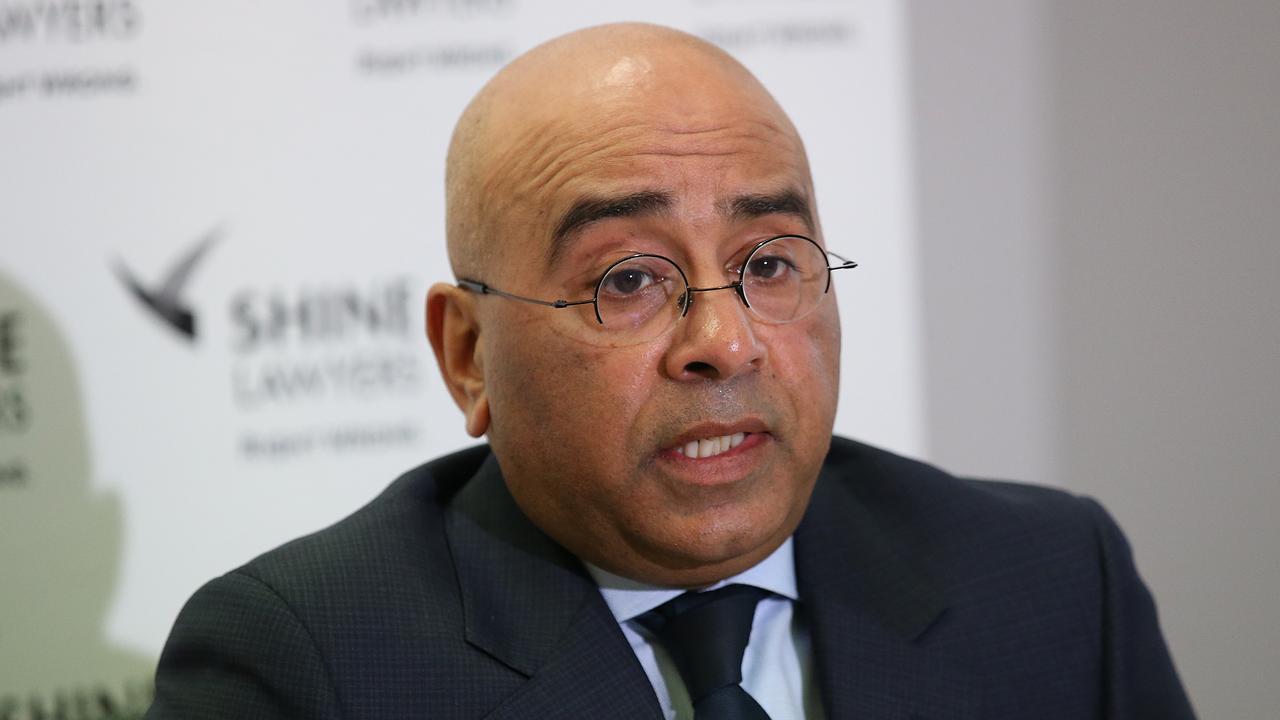 “The only measure we have in these circumstances is in the form of monetary recompense, to reflect the level of pain and suffering, including things like future medical treatment, the cost of care and assistance into the future.”

He said the next step is to wait and see what the preliminary outcome of any investigation will be before victims take action.

“From what I have read so far, about the injuries and losses collectively, I anticipate the level of compensation is likely to extend to multi-millions of dollars for the number of people involved and for what they’ve encountered and have suffered.”

And while SeaWorld Helicopters operates independently of the theme park, the park itself is also likely to feel some pain in the aftermath of the tragedy.

Tourism expert from the University of Queensland, Associate Professor Gabby Walters told NCA NewsWire it wouldn’t come as a surprise if people chose to distance themselves from the theme park for a while. 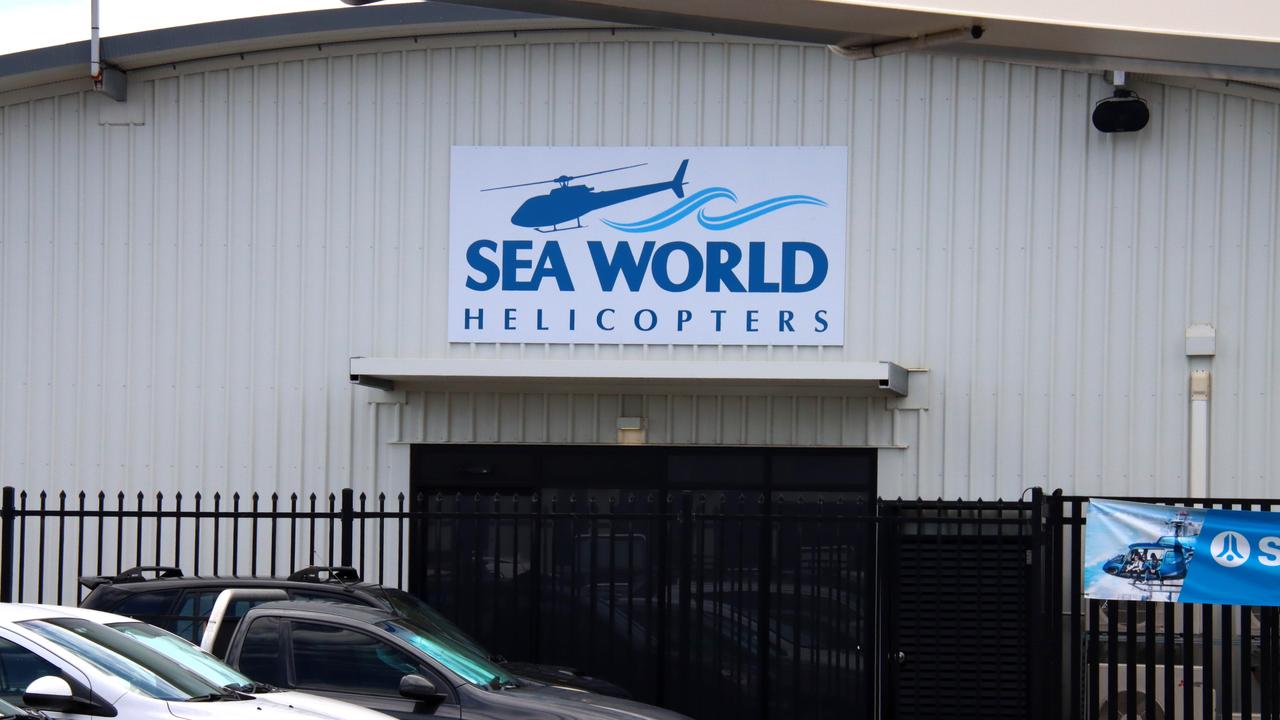 Sea World and the helicopter company have offered their sympathies to families of victims. Picture NewsWire / David Clark

“In the short term, people might give the park space. A lot of holiday makers in the Gold Coast are in shock,” Professor Walters said.

“People tend to be concerned about the mood of places when a tragic event such as this happens – if you’re on holiday, the main reason you go on holiday is for a break, and then you go to these attractions to have a great time and feel good.

“Sea World will need to give careful consideration to their ongoing response to the accident which will likely include some brand recovery measures because of the affiliation with the accident,” she said.

Professor Walters said the risk associated with helicopter joy rides is “possibly heightened at the moment,” but it is important to reassure people that tragic incidents like this are extremely rare.

“If anything, safety precautions will increase and make the joy flight experience even safer,” she said. 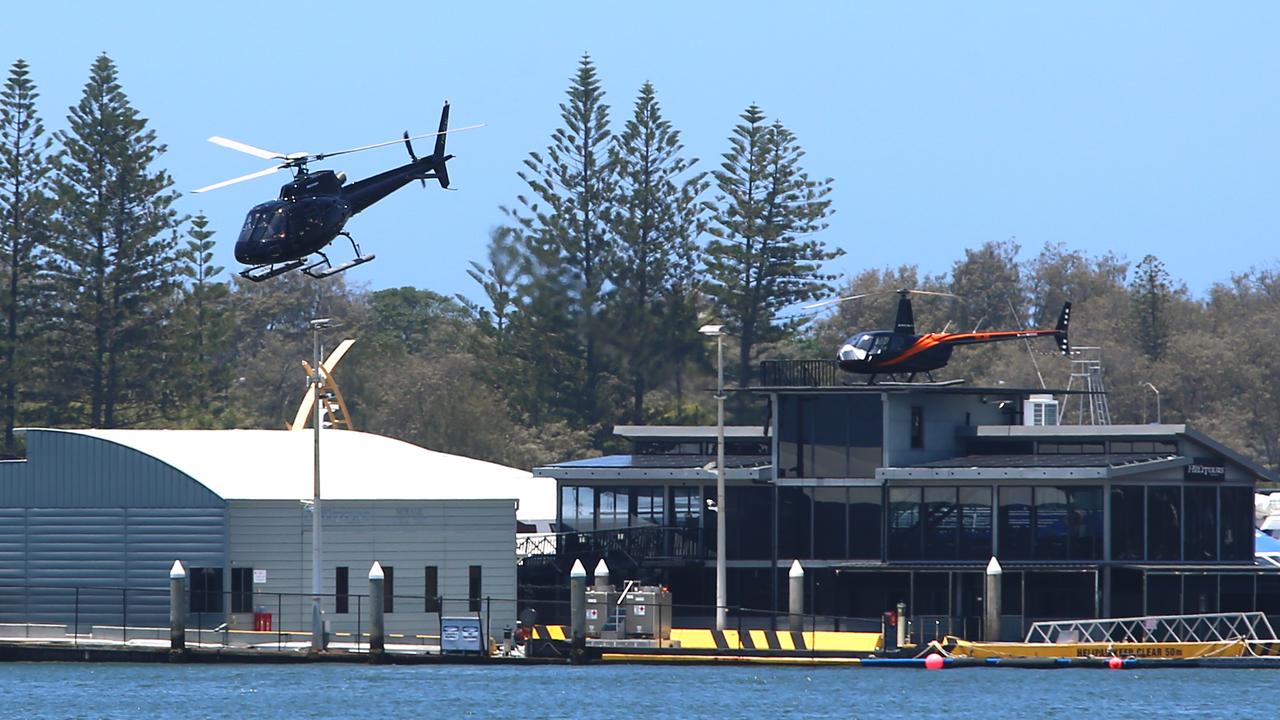 “It’s like on the extremely rare occasion when an airline experiences a fatal incident.

This might heighten people’s anxiety towards flying in the short term but people quickly move on from it and they don’t tend to stop flying.”

The tourism expert said grounding all further helicopter tours from the area wasn’t necessarily the answer, as it would “send the wrong message”.

“The general public are quite resilient and I think if it was a ride it would have been very different,” she said.

“It’s easy for people to draw comparisons or reflect back on what happened in Dream World in 2016, because Dream World is a theme park as well, but the two events were very different in nature.” 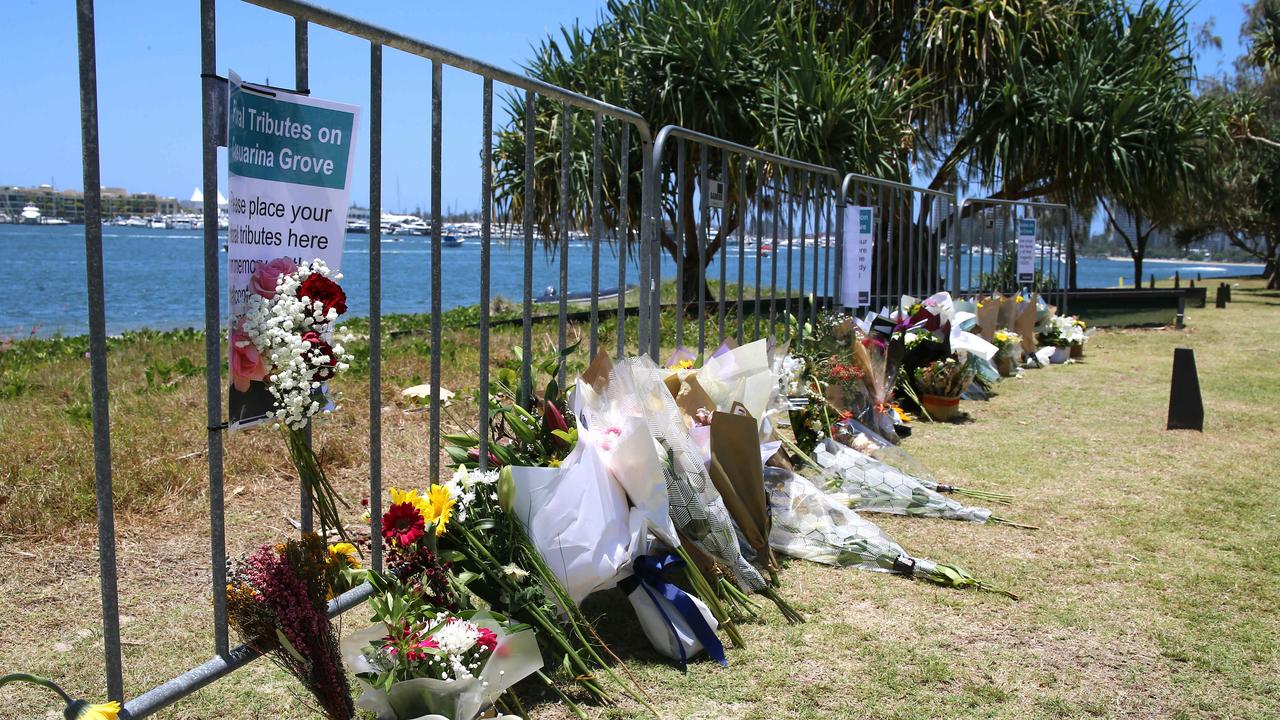 Bunches of flowers and tributes continue to amount at the memorial site in the Broadwater Parklands on the Gold Coast. Picture: NCA NewsWire / David Clark

Professor Walters said tourists and visitors to the theme park are likely to “distance” themselves from the attraction because of how tragic the event was, and out of respect for those who were affected.

“There can be a distinct mood in the area – it’s like when disasters like floods or bushfires happen,” she noted.

“So, it will also depend on how Sea World bounces back from this … they just have to work towards reassuring tourists and visitors that they’re doing everything they can to make sure it doesn’t happen again.

“In the long term, my hunch is it will be business as usual.” 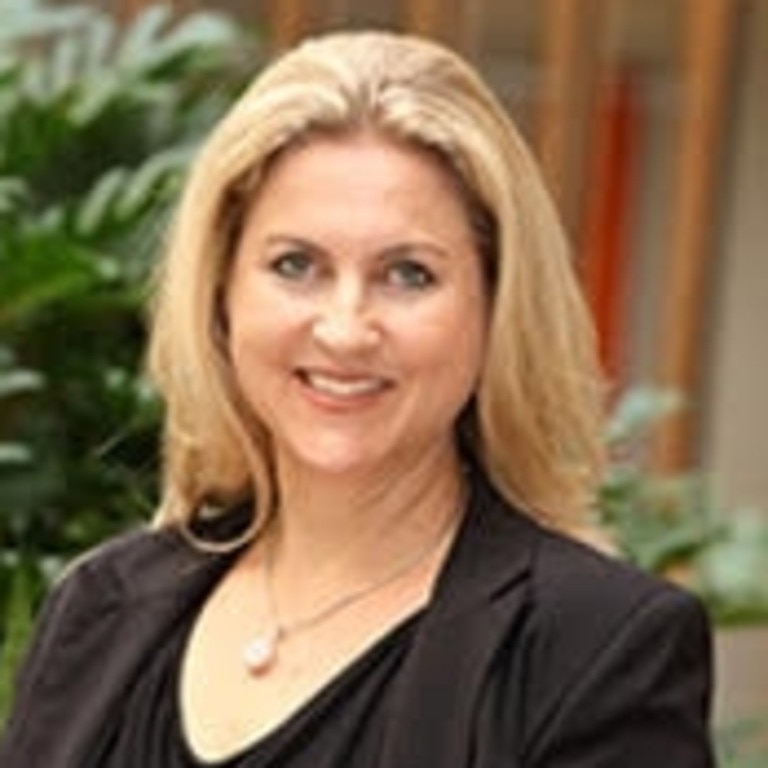 Professor Gabby Walters said Sea World would need to consider their next steps.

Queensland Police declined to comment on the incident, but confirmed an investigation with the Australian Transport Safety Bureau (ATSB) was currently underway.

On Monday, the ATSB released a statement, which revealed transport safety investigators with experience in helicopter operations were deployed from the ATSB offices in Brisbane and Canberra to investigate the incident, examine the wreckage, and map the accident site.

“Investigators will also recover any relevant components for further examination at the ATSB’s technical facilities in Canberra, gather any available recorded data for analysis, and interview witnesses and other involved parties,” the statement read.

“The ATSB asks anyone who may have seen the collision, or who witnessed the helicopters in any phase of their flights, or who may have footage of any kind, to make contact via [email protected] at their earliest opportunity.”

In a statement released by Sea World Helicopters on Monday, a spokesperson for the tour operator said they deeply sympathised with all those involved in the accident. 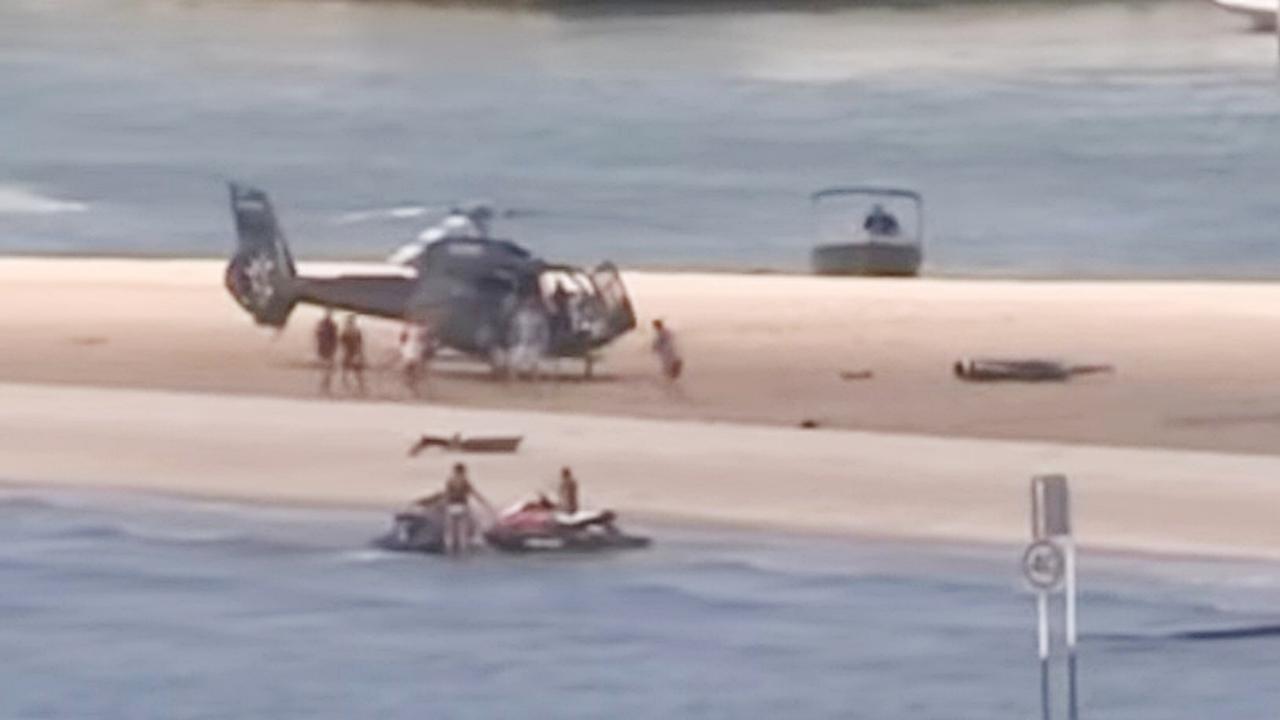 Passers by rushed to the scene after the crash. Source: YouTube.

“We and the entire flying community are devastated by what has happened,” the spokesperson said.

“Our sincere condolences go to all those involved and especially the loved ones and family of the deceased.”

Sea World Helicopter flights have been paused since the incident on Monday.

A spokesperson from Village Roadshow Theme Parks, which operates Sea World, offered their deepest condolences to those impacted by the tragedy.

They said Sea World would remain open as normal.