Fans of Jack Johnson have criticised the substitute plan which organisers have put in place after an emergency weather event meant the US singer had to cancel his Sydney concert.

Johnson was forced to stop his Sydney Opera House show around 50 minutes into his performance after an incoming thunder and lightening storm threatened the safety of the outdoor event.

“This is really, really hard to say. I guess the police are saying that we have to shut down right now because of the lightning coming behind us,” he said during the concert, while apologising profusely. 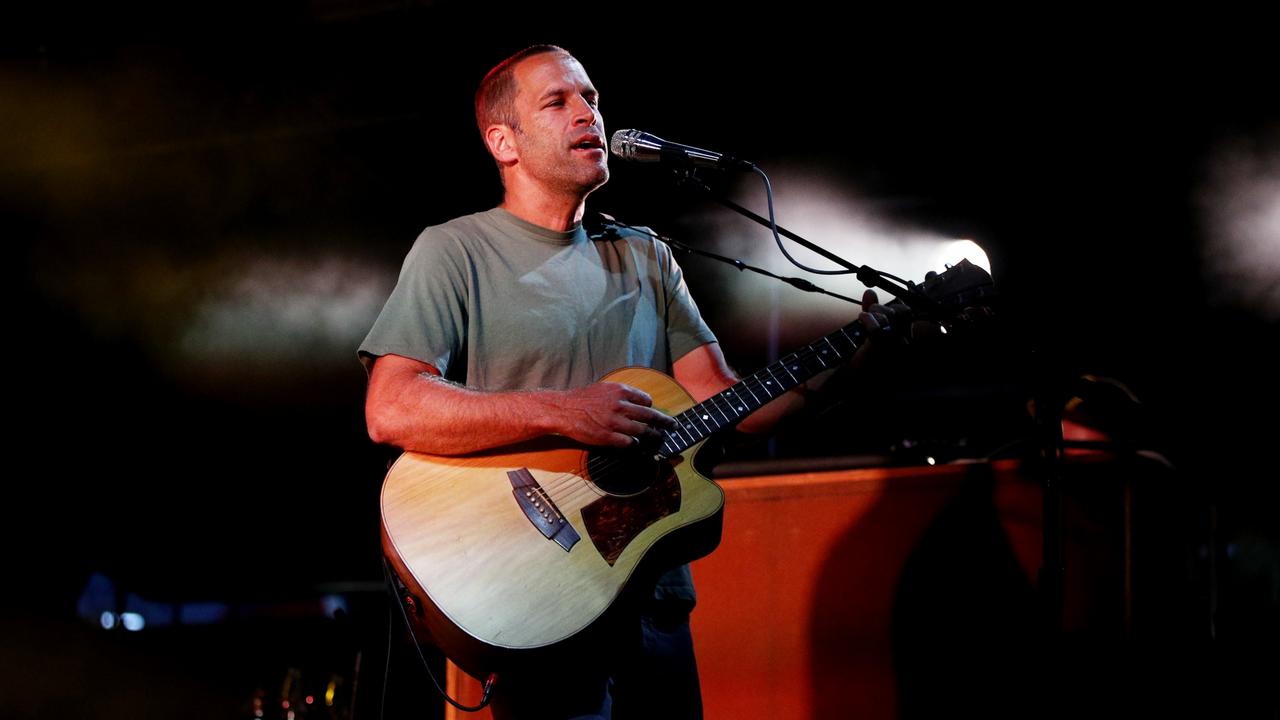 On Tuesday, affected fans were told their tickets would not be offered refunds and had instead been invited to a “special sound check party” at 3pm before Wednesday night’s performance.

Not all fans were content with the contingency plan.

“At 3pm on Wednesday. As if people can just stop their lives and don’t go to work … SUPER DISAPPOINTED,” one fan wrote on his Instagram post.

“We need a new concert date or a refund,” shared another.

“Sadly can’t make 3pm tomorrow as work commitments so unfortunately screwed with this,” wrote another fan.

“Not JJ’s (Jack Johnson’s) fault but the way they handled the evacuation was handled at the Opera house was appalling.

“The staff were rude and we felt we were treated like cattle (also had our umbrellas pinched at the end – thanks guys!).

“Tickets were expensive so not happy a refund isn’t being offered to those who can’t make 3pm.” 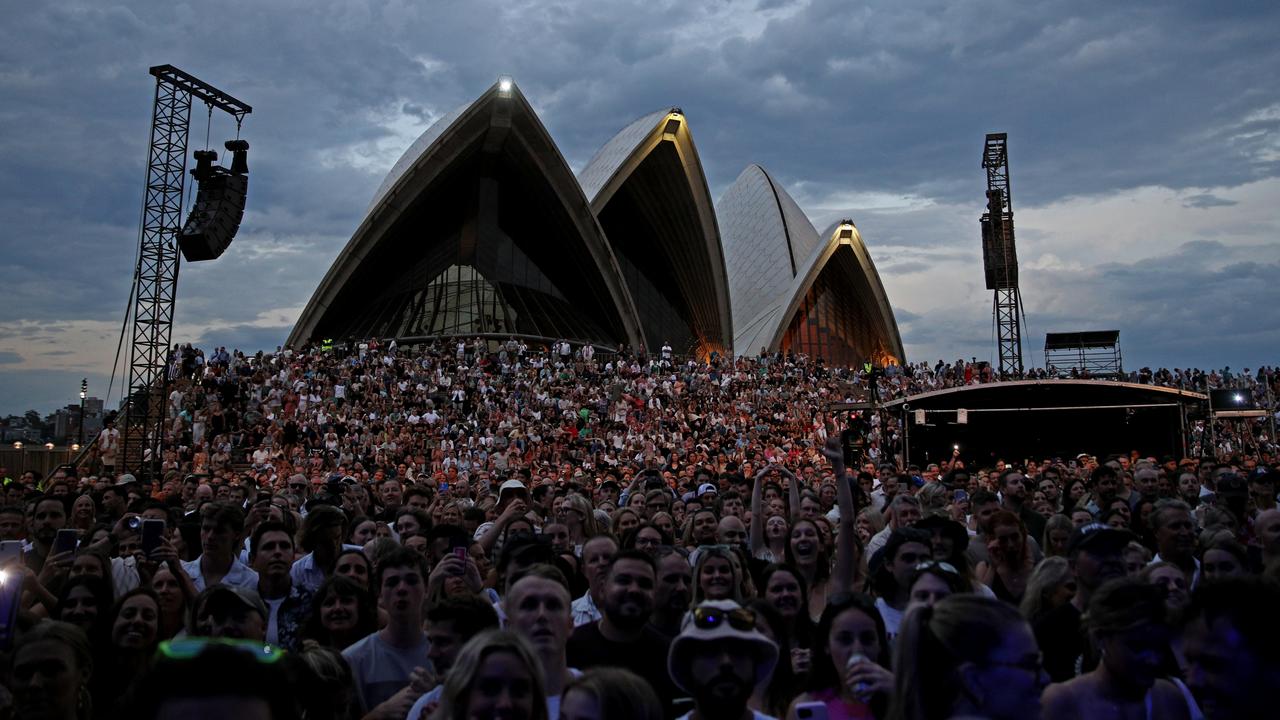 The crowds at the US singer’s Monday performance. Picture: Don Arnold/WireImage

Other fans said that while they didn’t expect a refund and were happy to support the arts industry after a tough two years due to the Covid lockdowns, they wanted another way to watch the ‘Banana Pancakes’ singer.

“I don’t care about the money. The arts suffered so much during Covid, but I’m disappointed the show was cancelled,” shared another fan.

“Not jacks fault but hopefully something is sorted to get to see him. I couldn’t care less about the money but the time to see jack play whenever that may be is priceless,” read a similar comment. 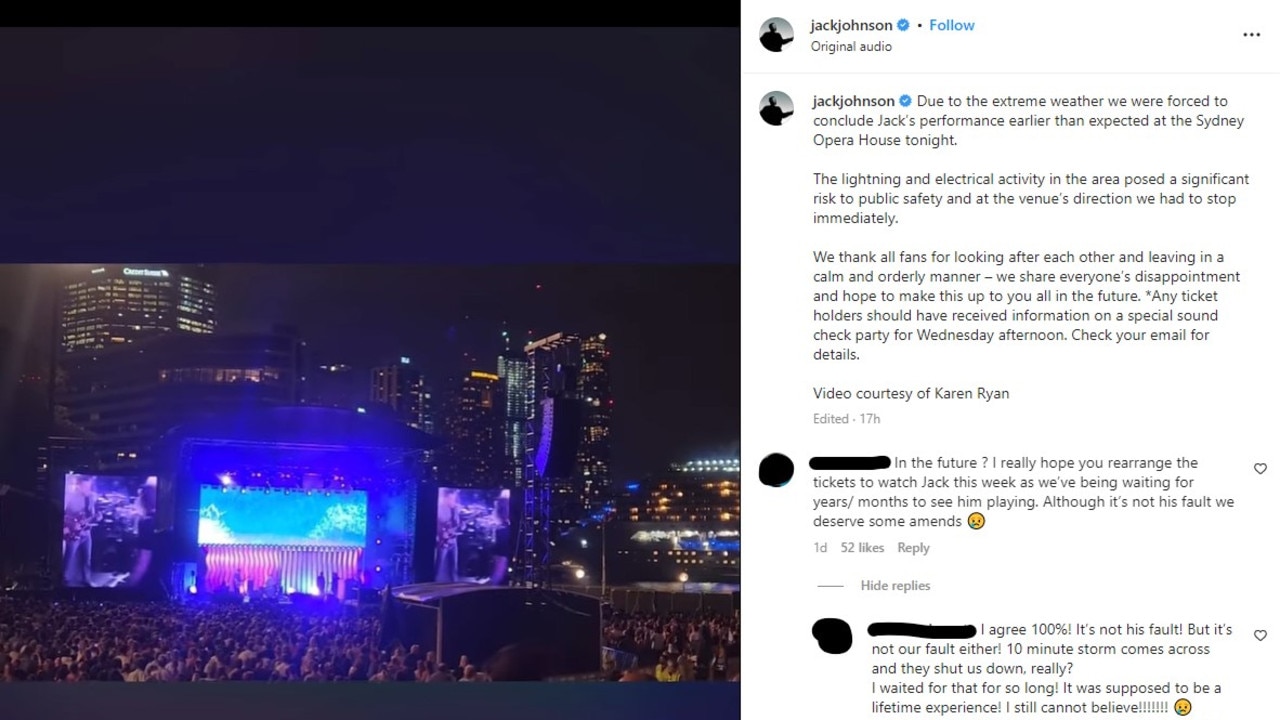 In a statement to The Daily Telegraph, a spokesperson for the Sydney Opera House said a “substantial performance was delivered,” which meant organisers would not be refunding the tickets.

“In an effort to make it up to his fans, Jack Johnson has agreed to do a special hour-long sound check performance this Wednesday for ticketholders from Monday night’s performance,” a spokesperson said.

Johnson is currently on his international Meet the Moonlight Tour and also has shows slated for Melbourne, and Auckland and Napier in New Zealand.

News.com.au has contacted the Sydney Opera House for comment.