Former Prime Minister Scott Morrison had a ‘God complex’, would recite passages of the Bible during meetings and laid his hands on cabinet ministers in prayer.

According to a bombshell new book, Bulldozed by veteran political journalist Niki Savva, some colleagues liked his religious faith while others found it “weird”.

“Occasionally, during meetings with cabinet ministers, he would recite passages from the Bible he had read that morning that had inspired him,’’ she writes.

“He laid hands on colleagues in prayer. A few found it comforting; a few thought it was weird.”

In a chapter titled Bless You, former Indigenous Affairs Minister Ken Wyatt recalls being quietly approached by the Prime Minister and a cabinet minister 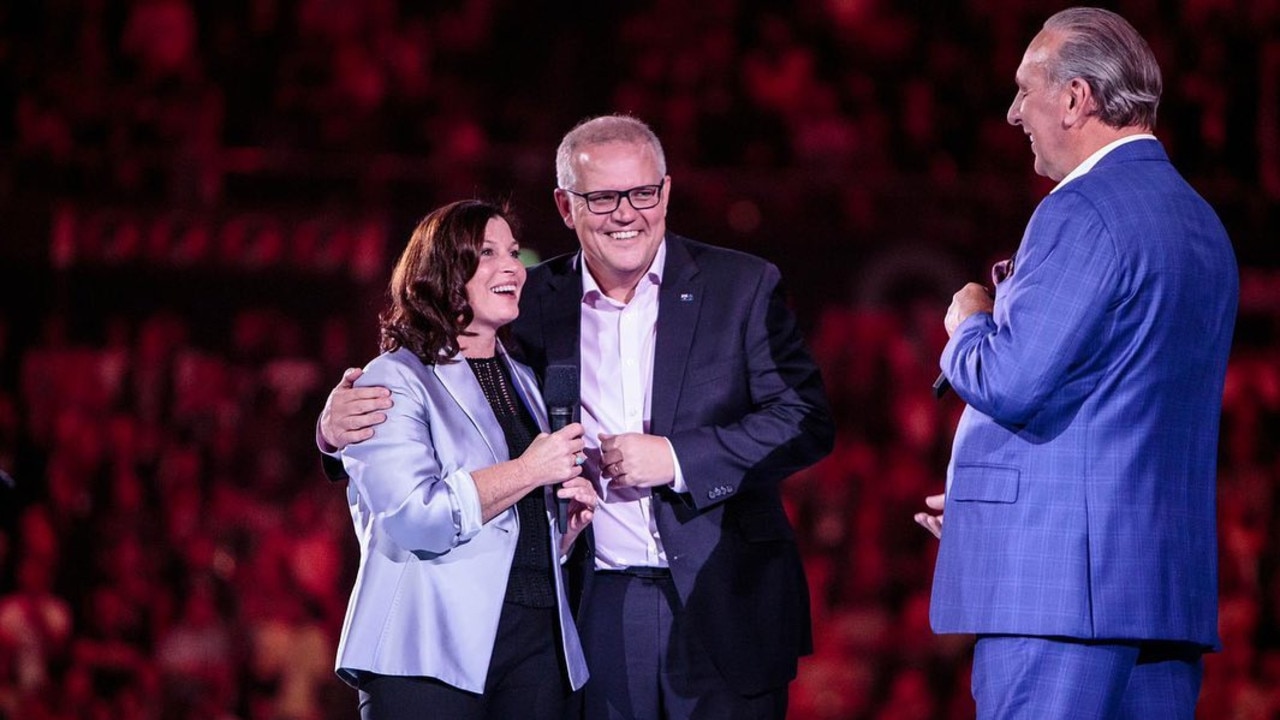 “Ken Wyatt was sitting in a chair in the prime minister’s office one night, along with six or seven other colleagues, both ministers and backbenchers, chatting over a glass of red wine, when Scott Morrison and Stuart Robert quietly approached him,’’ she writes.

“What happened next was highly unusual, to say the least. Morrison and Robert stood either side of Wyatt, then each placed a hand on his shoulders and began praying for him.

But she writes Mr Wyatt was “unperturbed”.

“He said he had no issue with what Morrison and Robert had done,’’ Savva writes.

“He found it both comforting and reassuring. ‘I knew the strength of the prime minister’s faith,’ Wyatt said in an interview for the book.

“They were both genuine in wanting me to succeed, to have the fortitude and strength to take on the reforms.”

However, former Home Affairs Minister Karen Andrews said she did not witness overt displays of faith from Morrison, but she could not believe all the religious references she had heard in maiden speeches after she entered Parliament.

“I was horrified, because my view is, keep politics, religion, and sex separate,’’ Ms Andrews said. 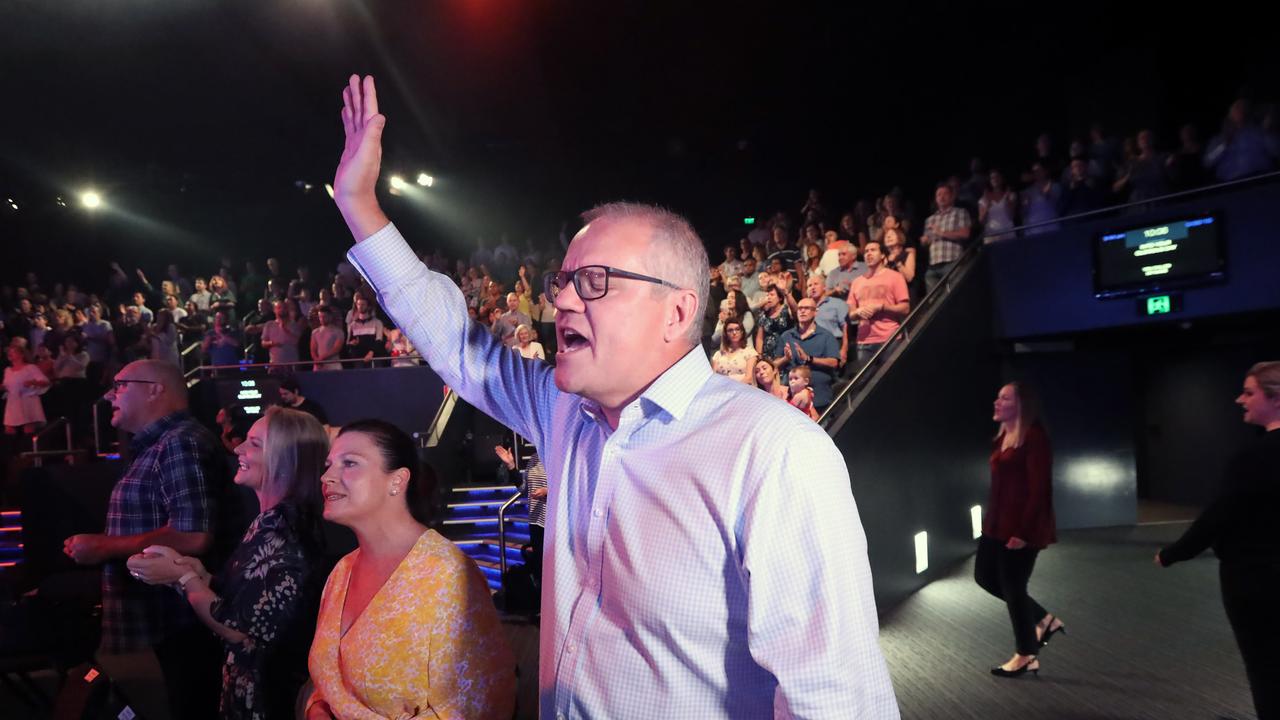 Scott Morrison with his wife Jenny on Easter Sunday at the Horizon Church in Sutherland. Picture: Gary Ramage

“It was a hot bed of all those issues at Parliament House. I was surprised at the extent of it.”

Savva also reports that in a 2006 CV, when he was job hunting after Fran Bailey sacked him from Tourism Australia, Morrison listed under his personal interests: ‘Church (Hillsong Church, Waterloo), Family.’

“He also named (Hillsong founder) Pastor Brian Houston from Hillsong as a referee,’’ she wrote.

One former cabinet minister who had known Mr Morrison for many years told Savva that the former Prime Minister had “this thing about God”.

“The overflow from 2019 was that he and others around him believed their own bulls***.

“In the end, voters worked him out,’’ Savva writes.

One former cabinet minister, who had worked with him and observed him closely over many years, tells Savva: “I have never been able to get my head around evangelism. 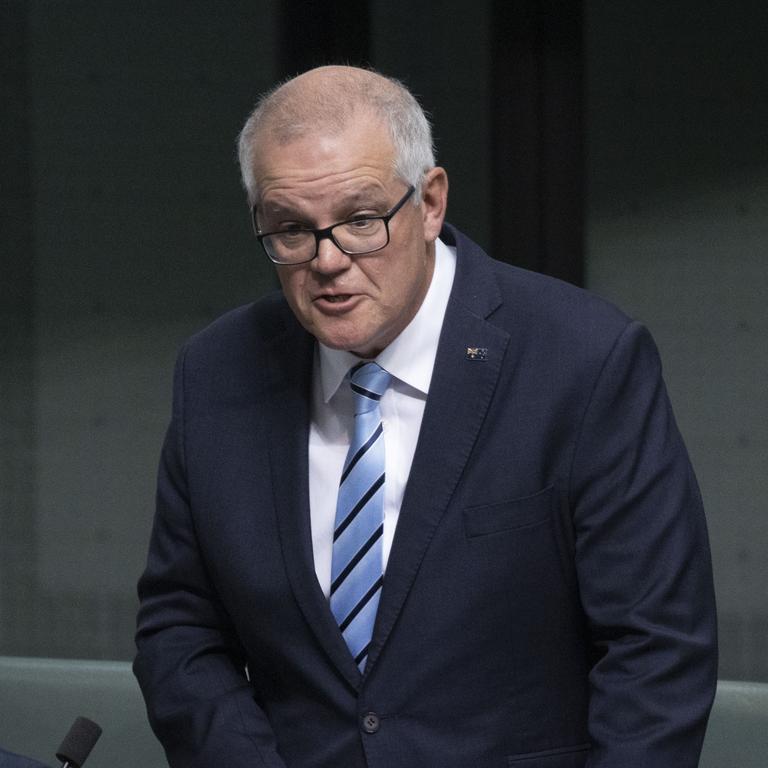 “He did seem to have this thing about God wants this, or God has chosen me to be prime minister. He didn’t brook much opposition,’’ he said.

“It was a my-way-or-the-highway approach, which I suspect was inspired by his evangelism.”

After his “miracle” election win in 2019, some colleagues said he started believing his own “bullshit”.

Another former MP, also a practising Christian who Savva writes had been subjected to Mr Morrison’s controlling ways, was unimpressed by his faith.

“The happy-clappy orthodoxy is largely unacceptable to me,’’ the MP said.

“The Morrison happy-clappies are part of that. He can be there clapping his hands and holding them up, and singing loudly. All that is largely irrelevant to me. It’s how you live your life and how you conduct yourself that’s more relevant.”

“Many Australians are cultural Christians and appreciate the special role religious institutions play in our society. But my sense is Australians don’t want to see religion feature heavily in public life. They want it to be a private matter and not in the public domain.”

In July, Mr Morrison delivered a sermon telling voters to trust in God, not governments.

“We don’t trust in all of these things, fine as they may be and as important as the role that they play. Believe me, I’ve worked in it and they are important.

“They are earthly, they are fallible.”

“Do you believe if you lose an election that God still loves you and has a plan for you?’ he asked.

“I do, because I still believe in miracles.”