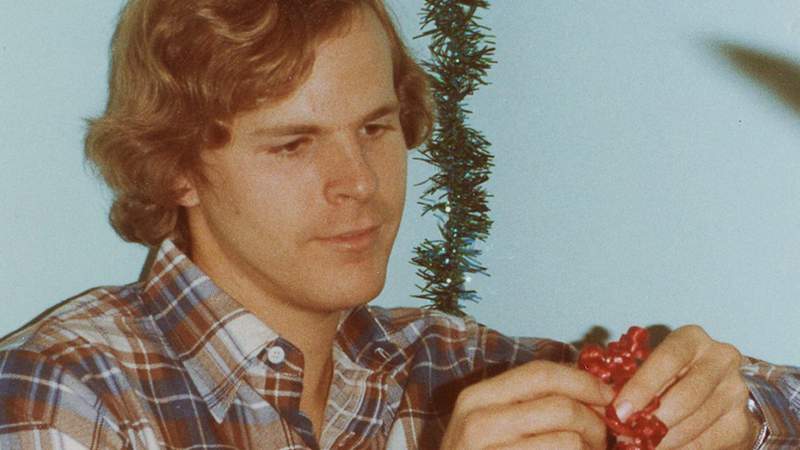 Scott came to Australia in 1986 from the US

The 27-year-old’s naked body was found at the bottom of North Head cliffs, a well known gay cruising ground in Sydney, Australia, back in 1988.

At the time, his death was ruled as suicide – something his family never believed.

Scott White was arrested and charged in 2020, and this week unexpectedly pleaded guilty at a pre-trial hearing.

His lawyers attempted to have the admission withdrawn, arguing that White, 50, was not mentally fit.

But on Thursday, a Supreme Court judge rejected that motion, writing the plea was entered “in a loud clear voice, and in an emphatic and determined manner”.

“It was inconceivable to me that Scott went somewhere and jumped off a cliff,” his brother Steve told Radio 1 Newsbeat in 2018, when he was desperately campaigning for the truth behind his brother’s death.

In 2005 Steve says he became aware of inquests into similar deaths of gay men at Bondi Beach in Sydney – the moment when he says he “woke up” to what might have happened to his younger brother.

All these years later, Steve told ABC that he was grateful a trial could be avoided.

“We’re greatly relieved that the accused found it in his soul to confess and plead guilty and put an end to this, so I’m very happy about that,” he said from outside court.

“I am thinking about my brother and that a lot of people cared about him to bring this result today.”

How did we get here?

In both 2012 and 2015, new coroners requested the case be re-opened. On both occasions police found nothing to convince them Scott hadn’t taken his own life.

But in November 2017 a coroner ruled Scott had been murdered by a gay hate gang, which led to a new investigation.

It was estimated up to 80 gay men were murdered by homophobic gangs in and around Sydney in the late eighties – with many pushed off cliffs.

The third inquest created a lot of publicity, with Australian police eventually renewing their investigation and offering a $1m reward for information, with Steve reportedly offering an additional $1m.

Court records show “a strike force” was assembled, and following information received from a member of the public, focus turned to Scott White.

New South Wales Police Commissioner Mick Fuller previously said Scott’s death was one of the most challenging cases he’s ever worked on – mostly because no-one was willing to talk about his murder.

“We should all be embarrassed about that time,” he told local news.

Why did it take so long?

Scott moved from the US to Australia in 1986 because, at the time, domestic partnership laws (similar to civil partnership) were some of the most inclusive in the world.

But homosexuality had only been decriminalised in New South Wales in 1984 and Steve believes police did not take hate crimes seriously at the time of his brother’s death.

“The gangs would attack these cruising areas because they knew the police wouldn’t come after them.They also knew that the gay community were afraid of the police, so they wouldn’t come and report the crimes.”

Steve described Scott, who was a maths PhD student, as “one of the most gifted of his generation”.

He added his brother was a “proud” gay man, as well as his best friend.