Former prime minister Scott Morrison has been torn to shreds after attempting a TikTok trend in a video with Olympic diverSam Fricker.

In the short clip uploaded on Monday, Fricker asked ScoMo to try “hitting the woah” – a move involving a dancer making a quick, small circular motion with their fists and leaning into a freeze position when the beat drops in a song.

Viewers were unimpressed by Mr Morrison’s attempt, with many saying it was so cringeworthy they wished there was some way they could “unsee” it.

The duo met up at the Cook Community Classic – a charity ocean swimming competition held in Cronulla, in Sydney’s Sutherland Shire. 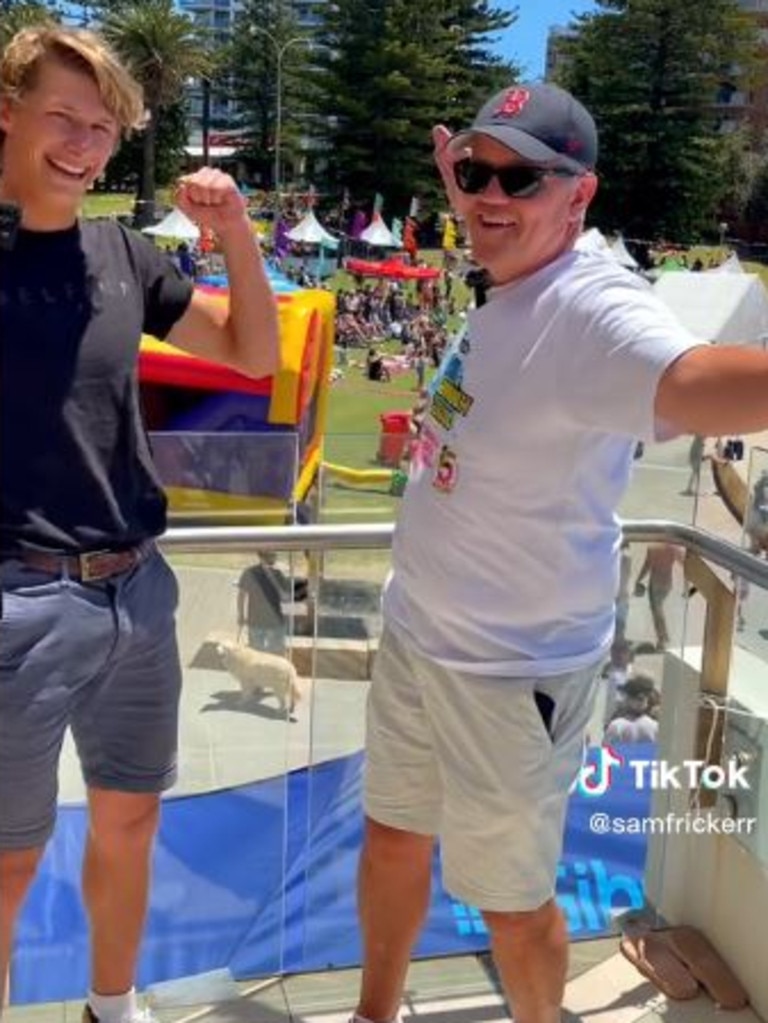 ScoMo has been roasted for his performance. Picture: TikTok/samfrickerr 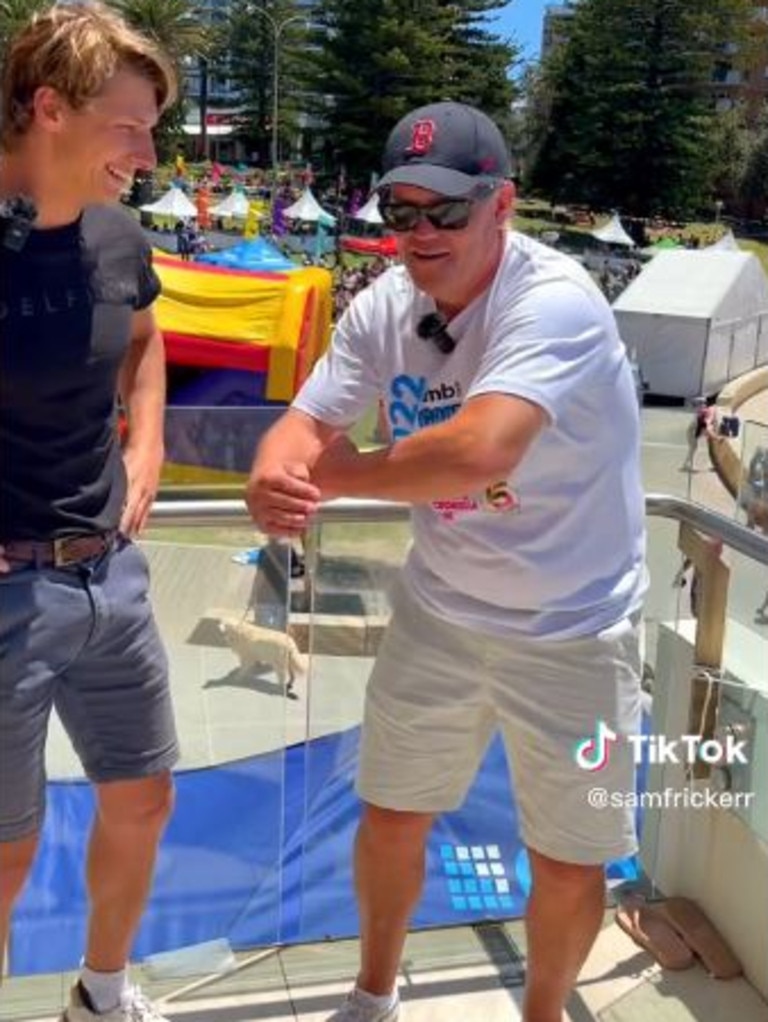 Viewers were not impressed with his attempt. Picture: TikTok/samfrickerr

Mr Morrison, the Member for Cook and event patron, didn’t win any extra fans with his performance.

Critics described his effort the “saddest” thing they had seen all day, “painful” and “hard to watch”.

Many referenced some of Mr Morrison’s infamous shortcomings from his time as prime minister, including when he travelled to Hawaii for a family holiday during catastrophic bushfires in December 2019.

If the comments were anything to go by, Australians may never forgive the former leader over the decision.

“Was this filmed in Hawaii?” one comment read, while several others joked: “It’s not his job tho” – reference to a comment made by the former PM about how he was not fighting the bushfires himself.

Others took the opportunity to poke fun at Mr Morrison over revelations he secretly appointed himself to five additional ministries while prime minister.

“Failed that, just like he did as Prime Minister,” another said. 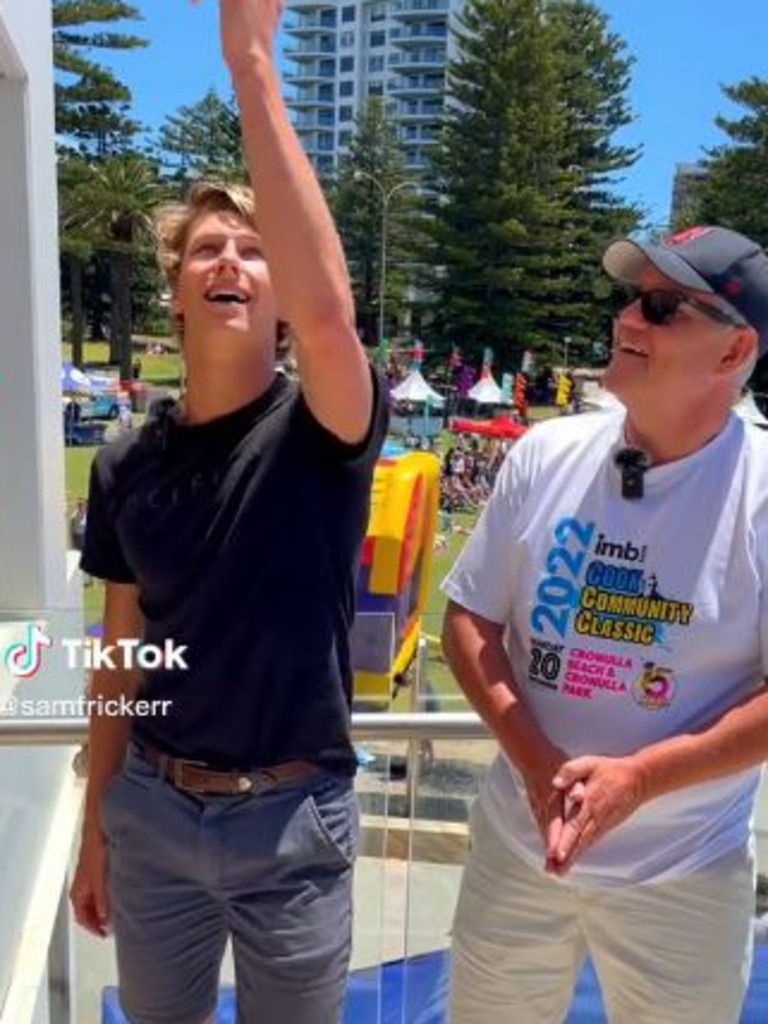 Sam Fricker was told the clip was tough to watch. Picture: TikTok/samfrickerr 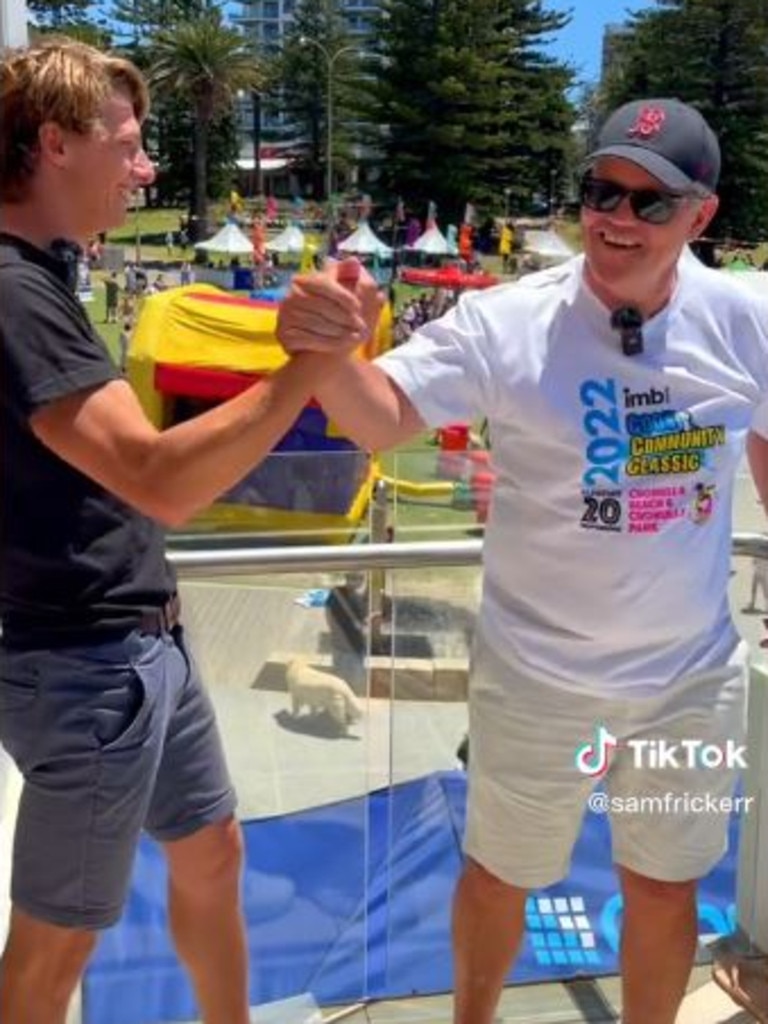 Viewers wished they could ‘unsee’ the video. Picture: TikTok/samfrickerr

“Life was so much better about 30 seconds ago,” someone else wrote.

The bizarre video came as Mr Morrison was warned earlier this month against any future cabinet disclosures that may “undermine national security and the integrity of the Cabinet process” after he co-operated with the book, Plagued, that included several bombshell revelations.

The Attorney-General Mark Dreyfus wrote to Mr Morrison outlining the government’s concerns that sensitive cabinet material is discussed in the book and questioning how this may have occurred.