Anthony Albanese has hinted Scott Morrison faces fresh humiliation over his secret ministry scandal and the prospect of being censured by parliament.

The Prime Minister has flagged the prospect on Sunday in the wake of a damning report by former High Court Justice Virginia Bell raising the likelihood that his former cabinet ministers will be asked to vote on the motion.

And he’s warned Mr Morrison he should apologise to the public – and not just his Liberal Party colleagues – for appointing himself into multiple ministries and keeping the bizarre moves a secret from voters and his own colleagues.

“You had a shadow government operating in an unprecedented, extraordinary way,’’ Mr Albanese said.

“You had a prime minister who was standing up in parliament and … not telling his own side … let alone the parliament as a whole, who held what portfolio and who was responsible for decisions.

“There’s a reason why, under the Westminster system, ministers are held accountable by the parliament. It wasn’t possible to hold the ministers to account because people didn’t know who the ministers were.”

The federal cabinet will meet on Monday morning where it is expected to decide how the parliament will proceed.

“The parliament is likely to want to express a view on that and we will have a discussion of it and we will let you know once that decision is made,’’ Mr Albanese said.

Mr Albanese says he has yet to see an apology from the former prime minister.

“Our democracy requires … deserves an apology for this,’’ he said.

“I didn’t see any contrition in Scott Morrison’s statement last Friday, and I find that just extraordinary that anyone could read the Bell inquiry and not be embarrassed if you’re the subject of it.

“It’s also the case that Scott Morrison said he’d fully co-operate with the inquiry, but he chose to talk … through his lawyers. And that of course is his right to do, but I’ll leave people to draw their own conclusions there.” 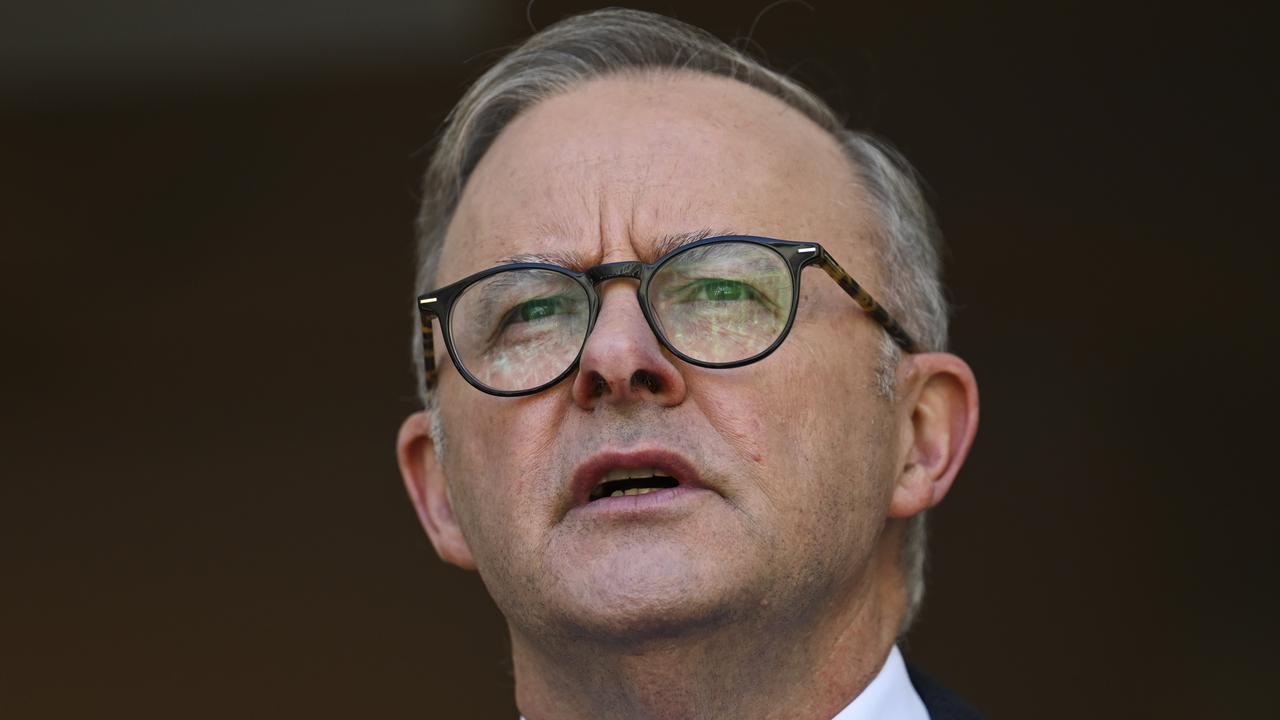 The Bell report outlines in great detail the attempts of High Court Judge Virginia Bell to discuss the scandal with the former Prime Minister.

Ms Bell wrote to Mr Morrison on September 19 to “seek his assistance” and requested his attendance to hear his “account of the facts and circumstances” of his ministerial appointments.

She offered to meet him on any day over a three-week period, but he only responded through lawyers.

“On 19 September 2022, I wrote to Mr Morrison to seek his assistance with the inquiry,’’ she said.

“I proposed meeting with him to obtain his account of the facts and circumstances leading to his appointment to administer the five departments and I sought his views on those of my Terms of Reference which raise issues of ministerial practice, the processes applying to appointments under sections 64 and 65 of the Constitution, and any procedural or legislative reforms.

“I drew Mr Morrison’s attention to the tight time frame for completion of my report and I offered to meet with him at his electorate office in Sydney or his parliamentary office in Canberra on any date in the three weeks commencing 26 September 2022. 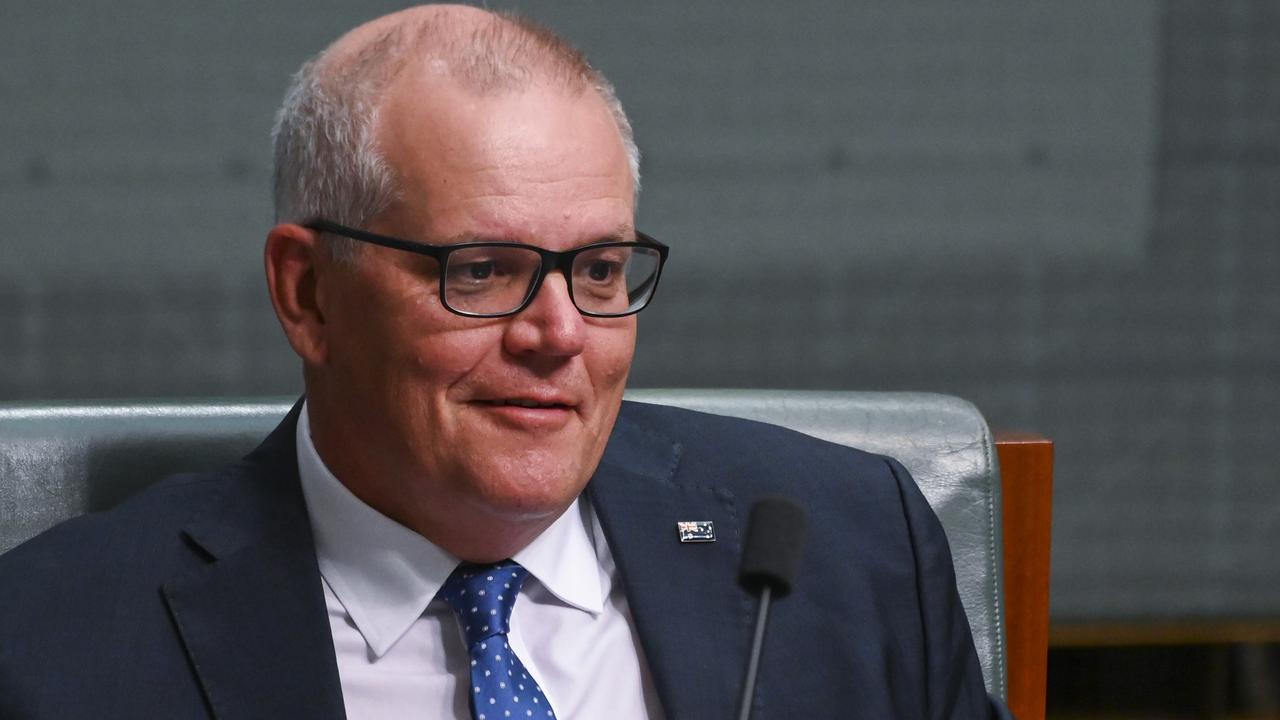 A new report has revealed ScoMo’s plan to avoid interviews by a High Court judge over his secret ministries. Picture: NCA NewsWire/Martin Ollman

“The two public statements and a transcript of the press conference are Appendix C. Dr Tsacalos informed me that Mr Morrison had sought additional information from PM&C and that he had been given access to a subset of the documents sought.

“Dr Tsacalos said that Mr Morrison proposed to inspect these documents to determine whether he could provide any additional assistance to the inquiry and that he, Dr Tsacalos, would update me following the inspection.

“Mr Morrison was given access to the documents on 12 October 2022. I did not hear further from Dr Tsacalos until the afternoon of Friday 4 November 2022, when I received a letter by email advising that Mr Morrison had inspected the documents.

“The only respect in which it was suggested that Mr Morrison’s recall had been refreshed by this inspection was that he was able to say that neither he nor his office instructed PM&C not to gazette the appointments nor was he or his office consulted on whether the appointments should be published in the Commonwealth Gazette.

“Contrary to the advice contained in his letter of 11 October 2022, Dr Tsacalos’ letter of 4 November 2022 concluded with the statement that: ‘We note that Mr Morrison remains available to assist the inquiry by providing responses to any further matters you would like to raise that are not addressed in his earlier statements and information forwarded to you’.”

In a statement, Mr Morrison insisted he had provided all of the relevant responses via his taxpayer-funded solicitor, though he failed to mention he had been given the chance to speak directly to the inquiry.

“I was pleased to assist the inquiry with six separate and comprehensive responses to matters raised with me and my legal representatives by Virginia Bell,” he said.

“This engagement was done via correspondence as was the practice with other respondents to the inquiry and accepted by Virginia Bell.”