Alex Hawke and Scott Morrison have been spotted laughing together in parliament after the Mitchell MP launched an extraordinary attack against the former prime minister.

Mr Morrison and Mr Hawke sit next to one another in the House of Representatives in the what is usually the most low-stakes section of the chamber — the opposition backbench.

But the journalists, TV cameras and news photographers of the press gallery were looking down at them on Tuesday.

The long-time political allies appeared chummy and convivial, laughing and chatting quietly with one another during question time.

Mr Hawke said Mr Morrison got “addicted to executive authority” when speaking about his decision to secretly appoint himself as joint-minister of five additional portfolios during the pandemic, according to the reports. 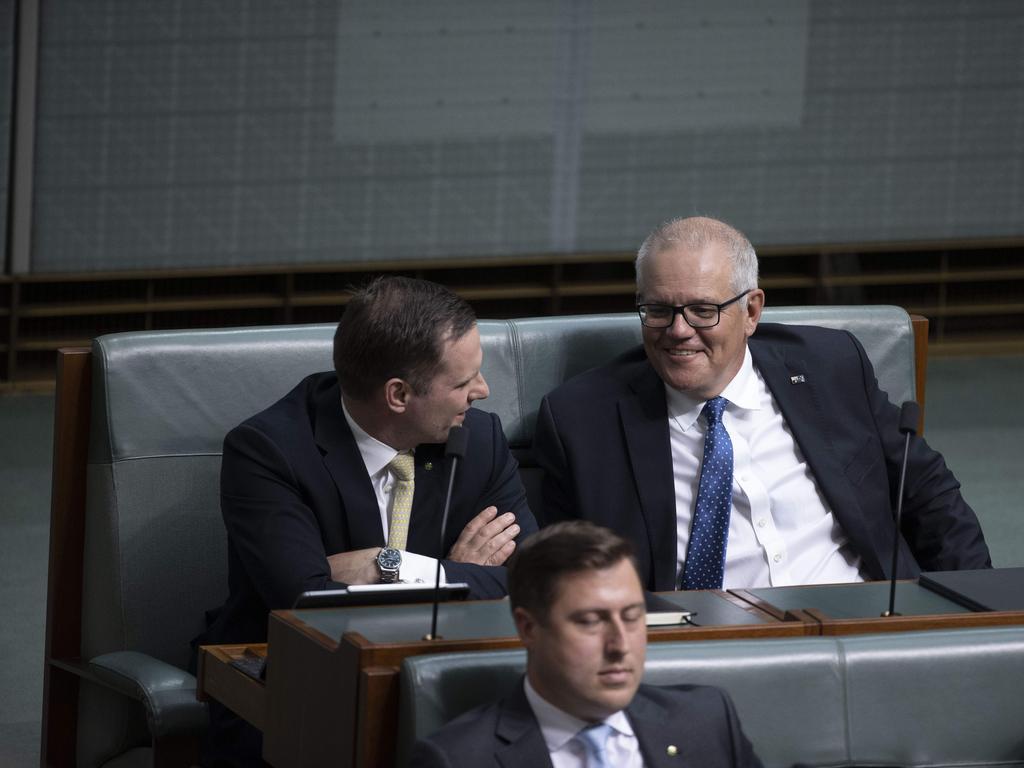 Alex Hawke and Scott Morrison are close political allies who sit next to each other in the House of Representatives. Picture: NCA NewsWire / Gary Ramage

Mr Hawke also reportedly told Savva that Mr Morrison should have quit parliament immediately after the election and described him as someone who “﻿didn’t really want to take advice from people” and “wasn’t the greatest listener”.

About 15 minutes before question time — arguably the most public facing part of parliament — began at 2pm, Hawke released a long statement rebuffing the reports of his quotes in Savva’s book.

Mr Hawke said he had “only the highest regard” for Mr Morrison’s “character, ability and service as prime minister”.

He said the reports “are not representative of views I hold about” Mr Morrison.

“Indeed, we have been friends for many years and my long-term, consistent, and positive views about Scott Morrison are well known,” he said.

“And my views on the great success of the Government under his leadership are forever on the public record to see.” 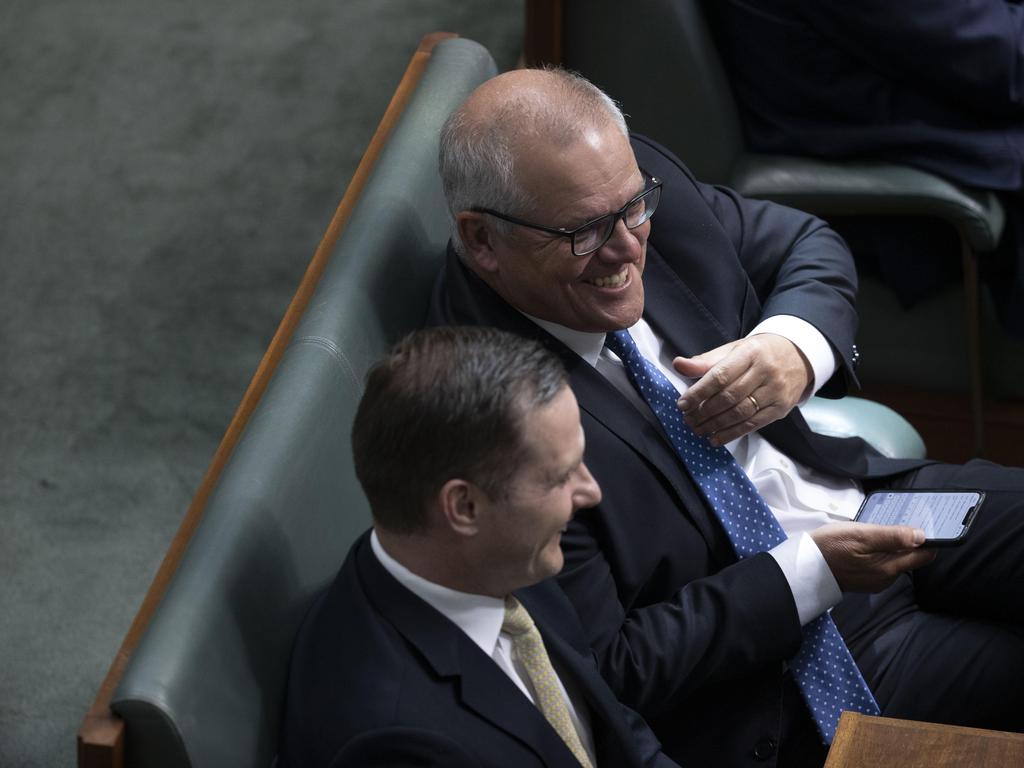 Mr Hawke said the “administrative decisions” taken by Mr Morrison regarding his appointment to additional portfolios “made sense at the time they were taken”.

“My only concern is in not ultimately being made aware of the unusual reserve administrative arrangements, even though these were clearly emergency and pandemic related,” he said.

Leader of the House Tony Burke will move a censure motion against Mr Morrison in the House of Representatives on Wednesday morning, which would formally condemn his conduct in parliament.

Mr Albanese commissioned the inquiry in August when it was revealed Mr Morrison had appointed himself as joint minister in the portfolios of health, finance, Treasury, home affairs, and industry, science, energy and resources during the Covid-19 pandemic.

Federal cabinet at its meeting on Monday agreed to adopt all six recommendations made in the report, including creating laws to improve transparency around ministerial appointments.

The Coalition has said it won’t support the censure motion, which it has branded a political stunt by Labor.

Mr Morrison stood up in the joint Coalition party room on Tuesday morning and thanked his colleagues for their support.