A father watched on as a helicopter carrying his wife and stepson plummeted to the ground after a mid-air collision on the Gold Coast.

“Winnie and Leon’s helicopter took off, it only went about 200 metres in the air,” Neil De Silva told the Herald Sun.

“I could see the other helicopter that was due to land … it looked like they were going to crash into one another.

“As it got closer, I was thinking ‘this is crazy, this looks really bad’ and I just went numb”.

It was a painstaking two-hour wait for Mr De Silva, who was eventually informed his wife Winnie, 33, and stepson Leon, 9, had survived, though they were both taken to hospital in a critical condition.

Four others on their flight, including the pilot, were killed in the crash while another young boy, 10, also remains critical in hospital.

In a tragic twist, it’s since been revealed that the Geelong family were celebrating the end of the year by treating themselves to a budget holiday to the Gold Coast. 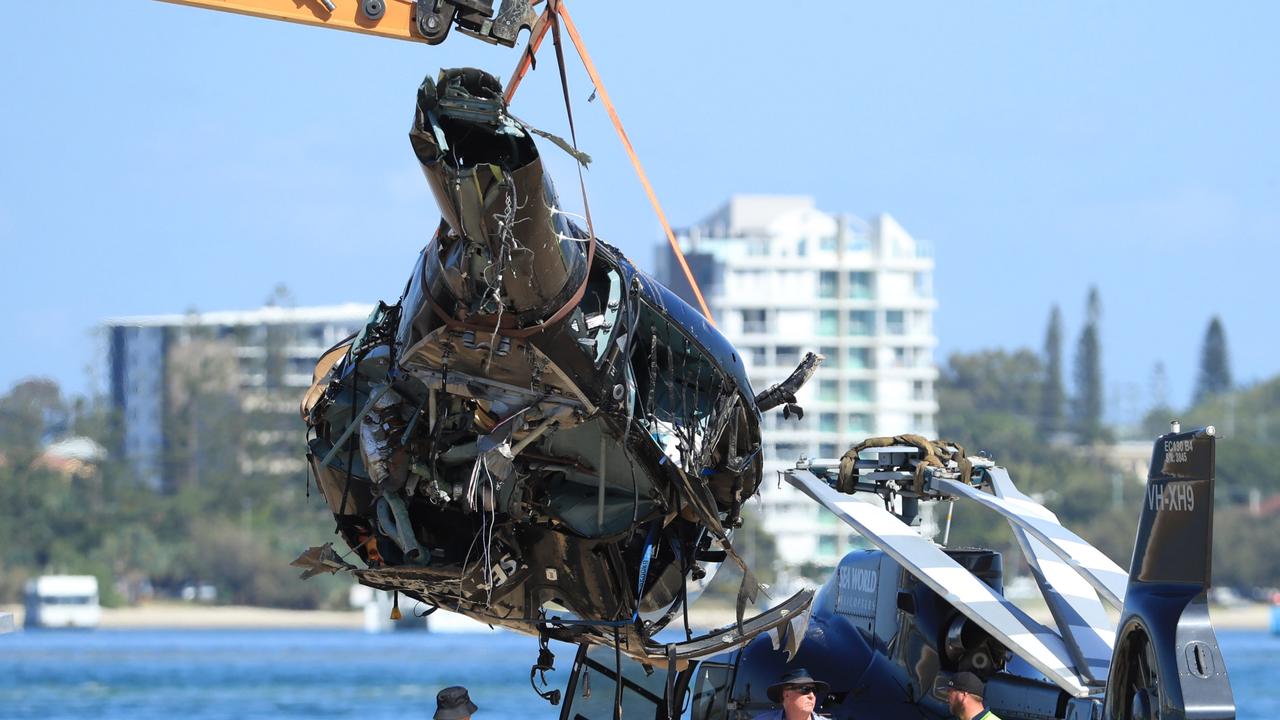 Mr De Silva revealed it had always been a dream of Winnie’s to take her Leon on a chopper ride, so that day, they decided the loosen the belt.

“It was Winnie’s dream to take Leon on a helicopter,” Mr de Silva said.

“I thought I would shout them a 10-minute flight.

“We were on a budget holiday, trying to save money but I wanted them to have that experience.” 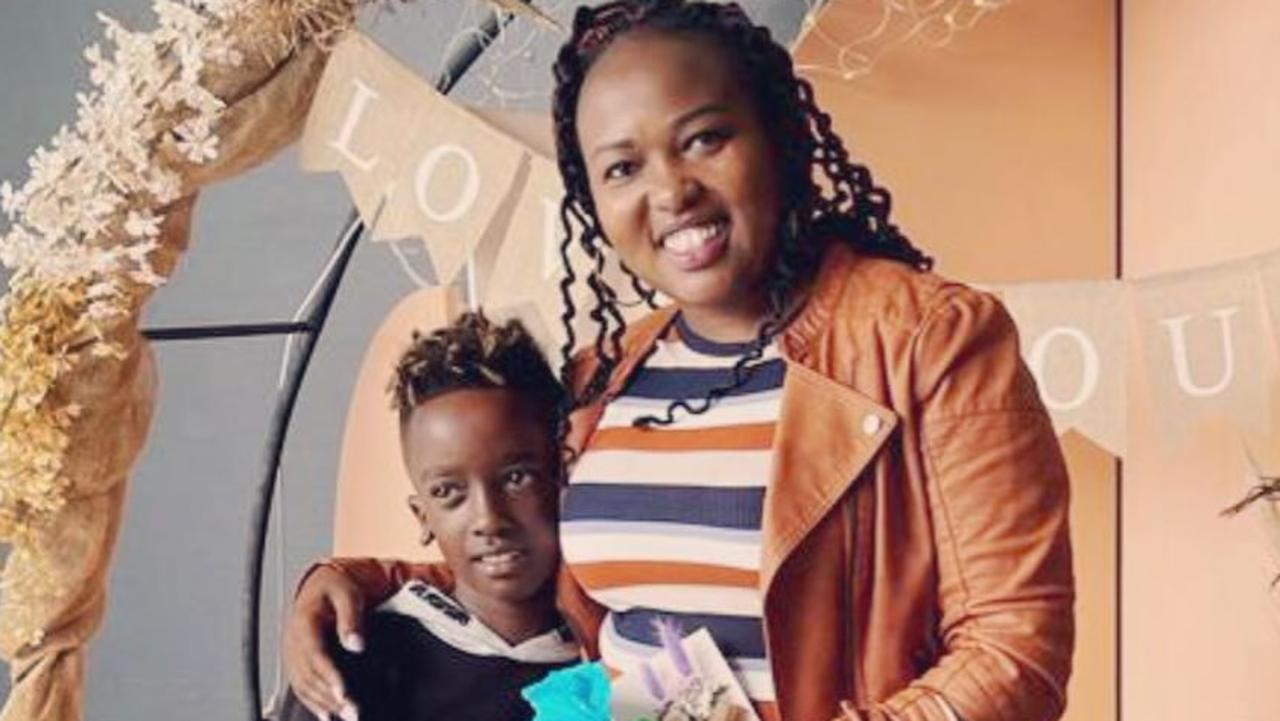 Geelong residents, Winnie and Leon De Silva were among three survivors from their aircraft in the Sea World helicopter crash. Picture: Supplied

Young Leon is in a coma with facial and head injuries, a cracked skull and severe trauma to the brain in Brisbane’s Queensland Children’s Hospital. 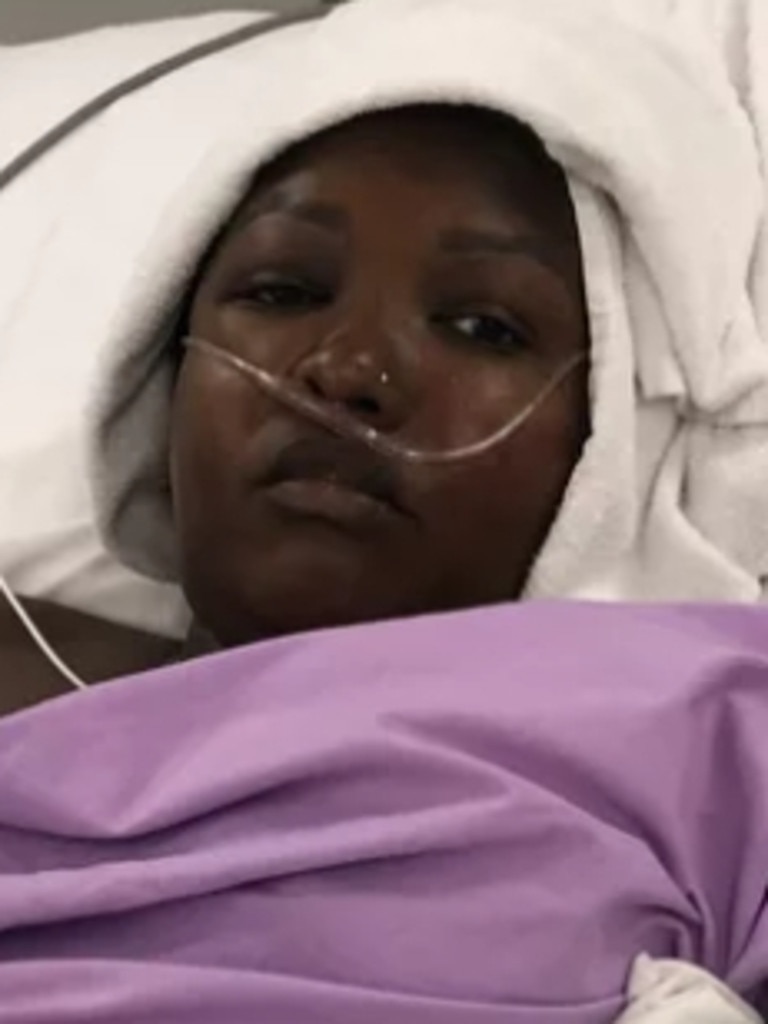 Winnie De Silva in hospital after she survived a helicopter crash on the Gold Coast near Sea World. Source: GoFundMe page 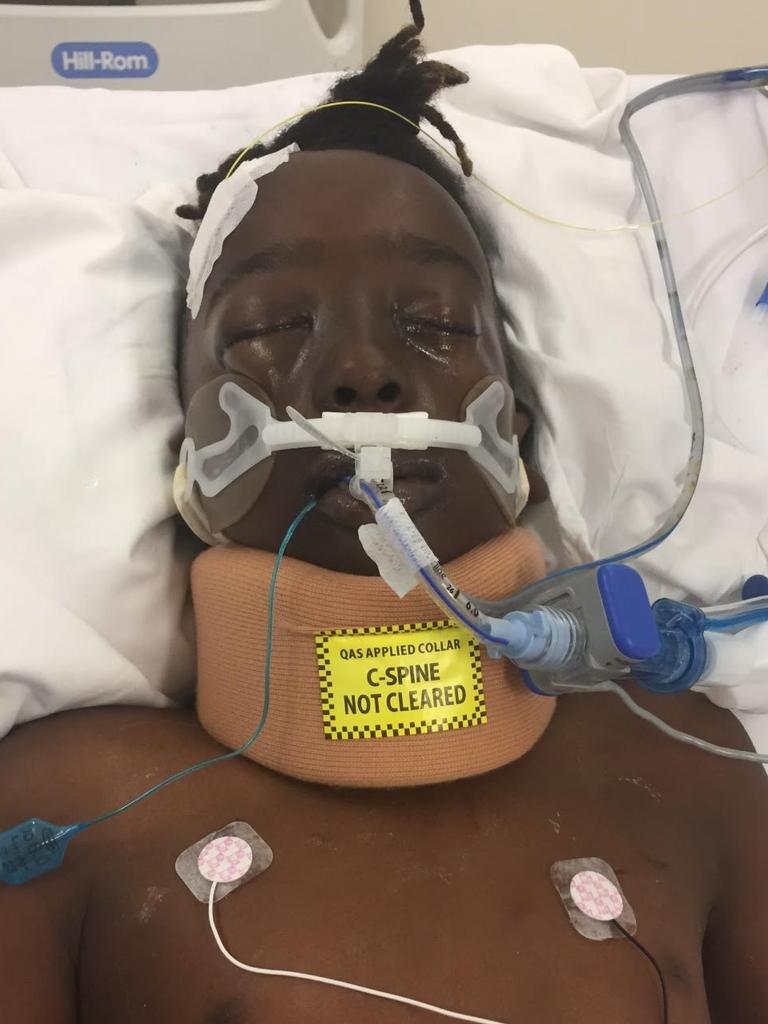 Her son Leon remains in a coma in Brisbane. Picture: Supplied

“The hospital rang me early this morning to say the left side wasn’t responding how they liked,” Mr de Silva told the Herald Sun.

They asked my permission to drill a hole into the right side of his skull to attach a device to monitor his brain pressure.

“Winnie is very worried about him, we all are.”

Leon moved from Kenya to Australia about a year ago to be with Winnie, according to Mr de Silva with his mum, and his life here was full of new experiences. 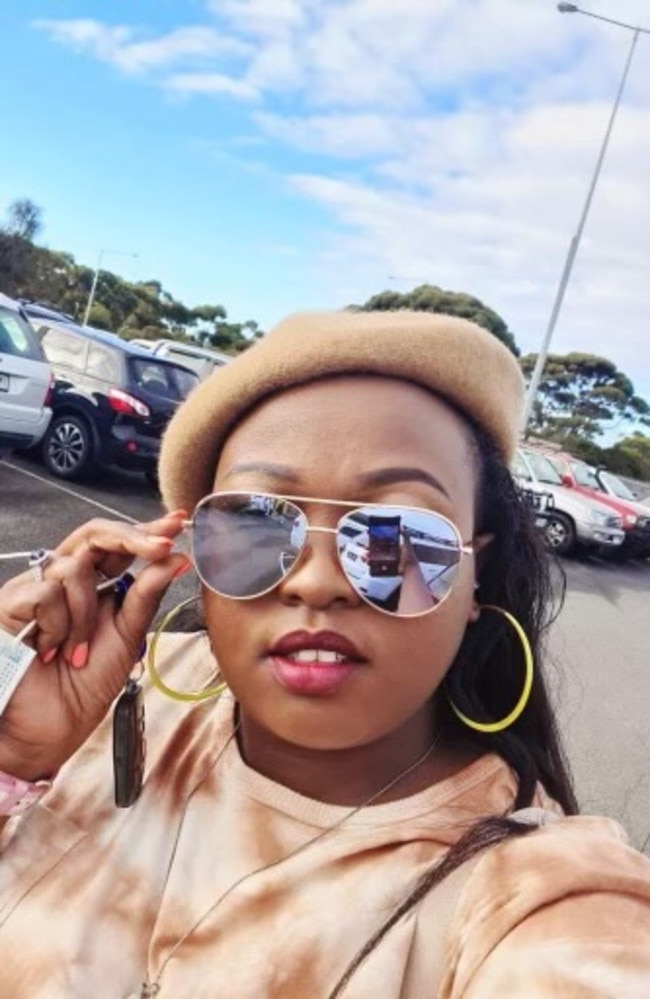 Winnie De Silva has been keen to show her son Leon new experiences after he moved to Australia. Picture: Supplied

“This was his first helicopter flight,” he said.

“Everything is a new experience for him.”

“I feel blessed that Winnie and Leon survived.

“Four people died — they are blessed to be alive.”

Mr De Silva has organised a GoFundMe to support the family as he takes time off work to be by their side.

“Thankfully, they are both alive but have a lot of surgery ahead of them, which means the family will need to stay here on the Gold Coast, and I won’t be able to return to work,” he wrote.

“I’m hoping you can help us out with a small donation to keep us on our feet while Winnie and Leon recover. Any help would be greatly appreciated.”

At the time of publication, the fundraiser had almost raised $17,000.

Mr De Silva wasn’t the only family member to watch his loved ones helicopter crash to the ground.

The tragic sight “completely shattered” western Sydney man Simon Tadros who watched helplessly as the aircraft carrying his wife and 10-year-old son collided with another.

His wife Vanessa Tadros was killed, and his son Nicholas, known by loved ones as ‘Nicky’, was taken to hospital.

“I ask everyone to pray for the little man. He is on life support in a critical condition,” Mr Tadros later posted to social media.

“May God pull him back with me and make a good recovery.” 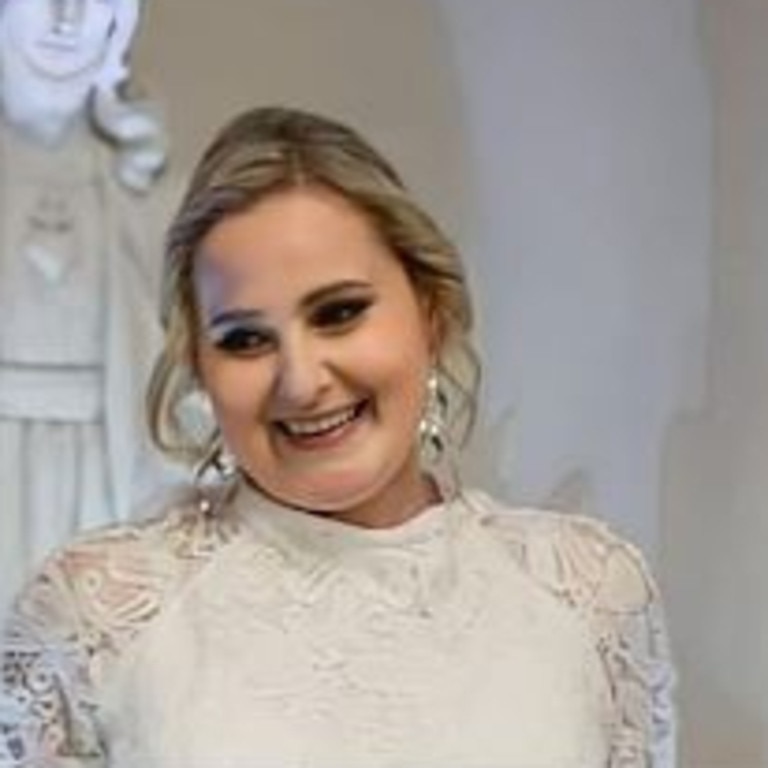 On Tuesday, family friend Rochelle Fajloun launched a fundraising campaign on behalf of Simon and Nicky.

“Simon distressingly witnessed the accident unfold and is totally shattered,” she revealed.

“With all of the emotional pain that death brings, it can also bring significant financial burden.

“Any donations that can help the family during this difficult period will be most appreciated.”

Ms said Nicky remains critically injured and on life support as he fights for life in a Gold Coast hospital with Simon at his side.

Nicky has reportedly undergone at least four surgeries since the crash on Monday.

“We are praying for a miracle that our Nicky can be brought back to his grief-stricken father, Simon,” Ms Fajloun wrote.

“If by God’s grace, Nicky survives his catastrophic injuries. He will have an intense and protracted recovery period. Please keep him in your prayers.” 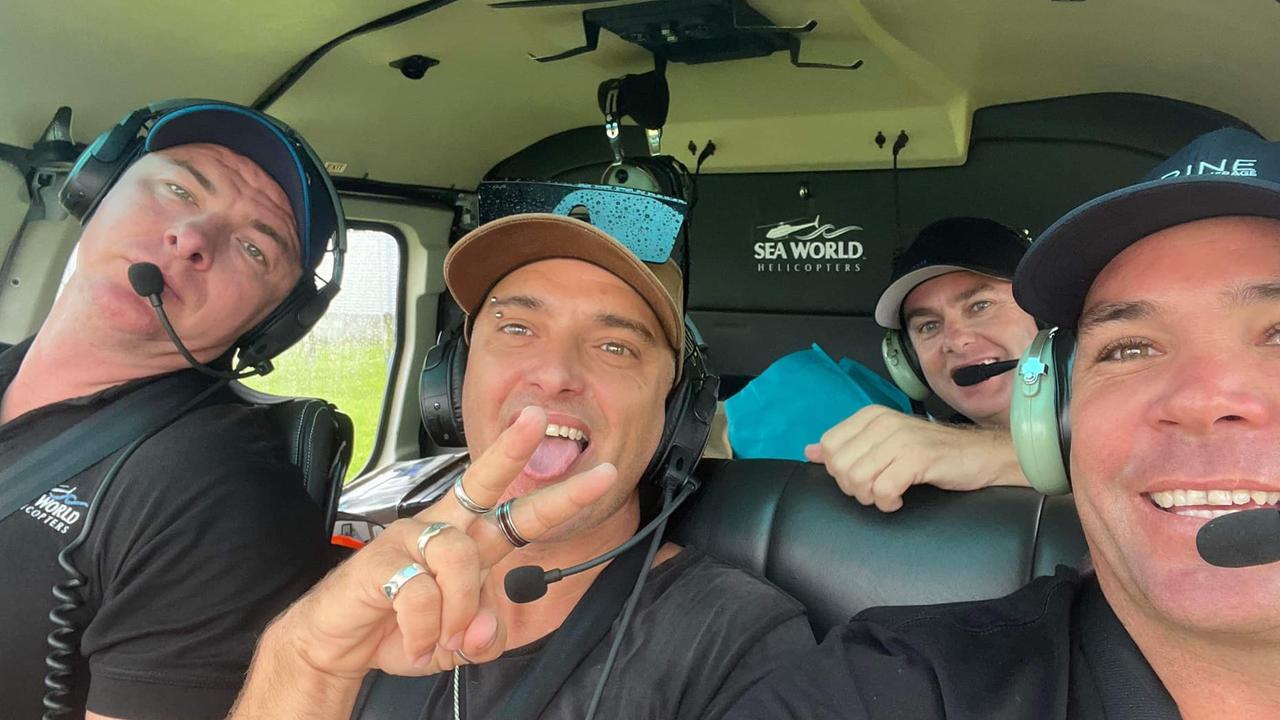 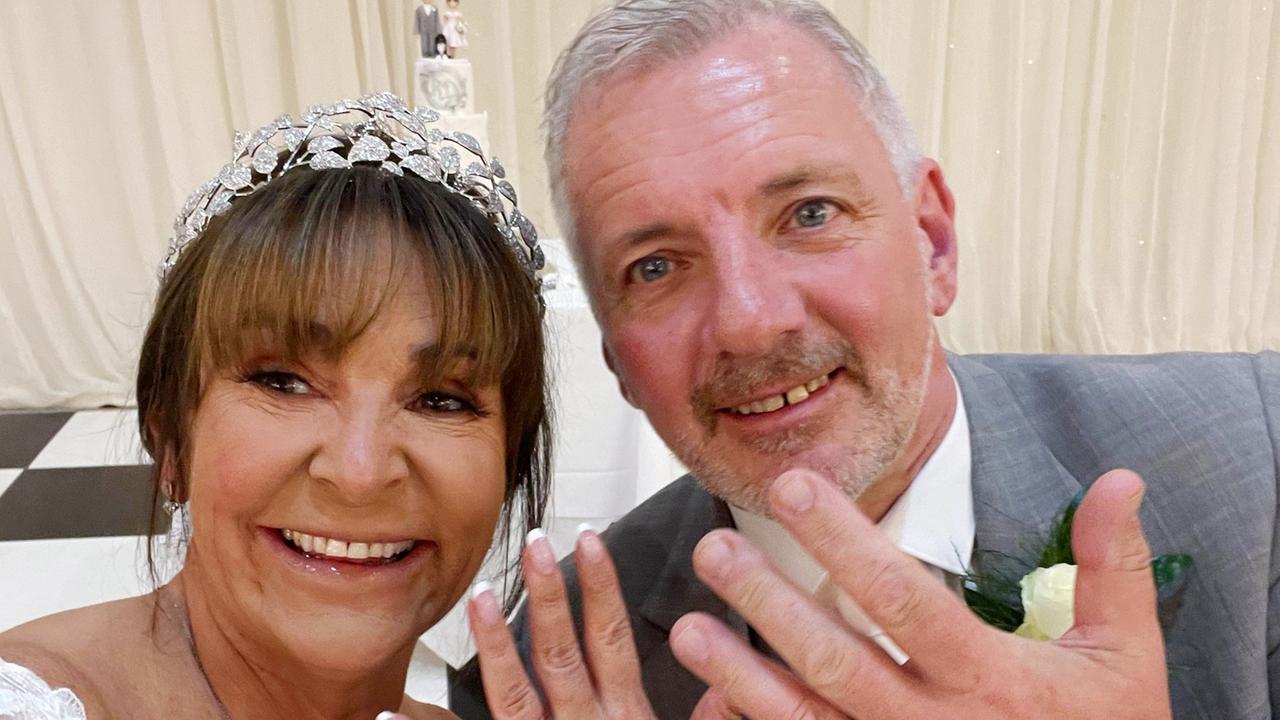 The second helicopter involved in the collision was “remarkably” able to land upright on the sandbar despite “considerable damage” to the front of the aircraft.

“It was a remarkable job considering the damage that was done to the front-left hand part of the aircraft where the pilot was sitting,” Australian Transport Safety Bureau Chief Commissioner Angus Mitchell said on Tuesday.

“We could have had a far worse situation here.

The six passengers- including the pilot- were treated for minor injuries and have since been discharged from the hospital.

“What we do need to know now is, what was occurring inside those cockpits.” 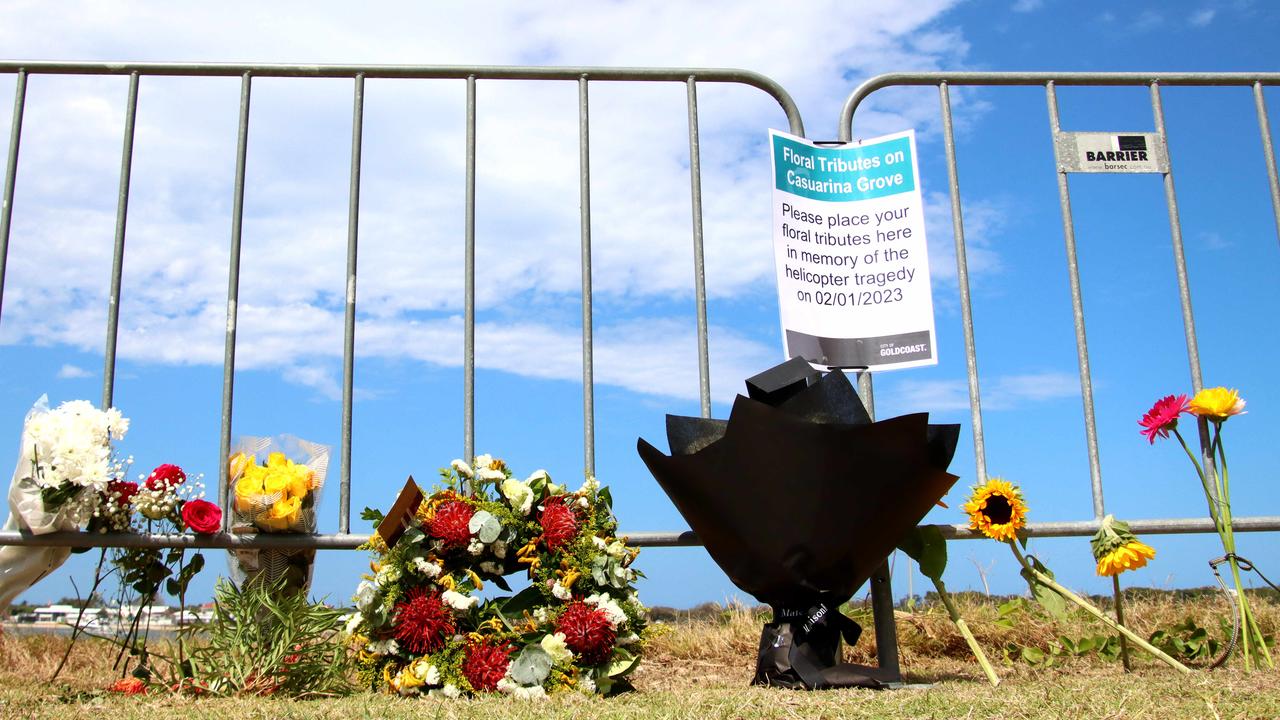 Gold Coast residents and tourists have been leaving flowers for those killed in the Sea World Helicopter crash. Picture: David Clark

Aviation expert Geoff Thomas suggested the collision between the two helicopters had occurred because they were in each other’s blind spot.

“People do not appreciate that when looking down, you can’t see a helicopter up from the surroundings,” he said.

“My sense is that was a factor given both pilots were highly regarded and highly experienced. It may have been a blind spot situation. It is just a terrible tragedy.”