Labor had claimed the 45 seats needed to govern by 11pm on Saturday night when Mr Andrews fronted supporters to make his victory speech alongside his wife and three children.

Speaking on a Sky News panel later that night, Ms Hume criticised the Premier for being “really rude” and “totally disrespectful”. “I always believe that the electorate gets it right and they made their voice very clear tonight,” she said.

“However, that was not a gracious speech.

“He didn’t mention Matthew Guy and it essentially said that the only reason that people disliked him was if they were anti-vaxxers.

“I thought that was really rude and totally disrespectful to his opponents.”

Taking the stage with wife Cath and children Grace, Noah and Joseph, Mr Andrew’s admitted that the past two years had been incredibly challenging times for Victorians. Dan Andrews admitted it has been a “very difficult time” for Victorians. Picture: Jake Nowakowski

“Friends, these last few years have been incredibly challenging,” he said.

Some of these tough decisions included the 262-days of lockdown imposed on Victorians – one of the longest periods of lockdown recorded globally during the pandemic. 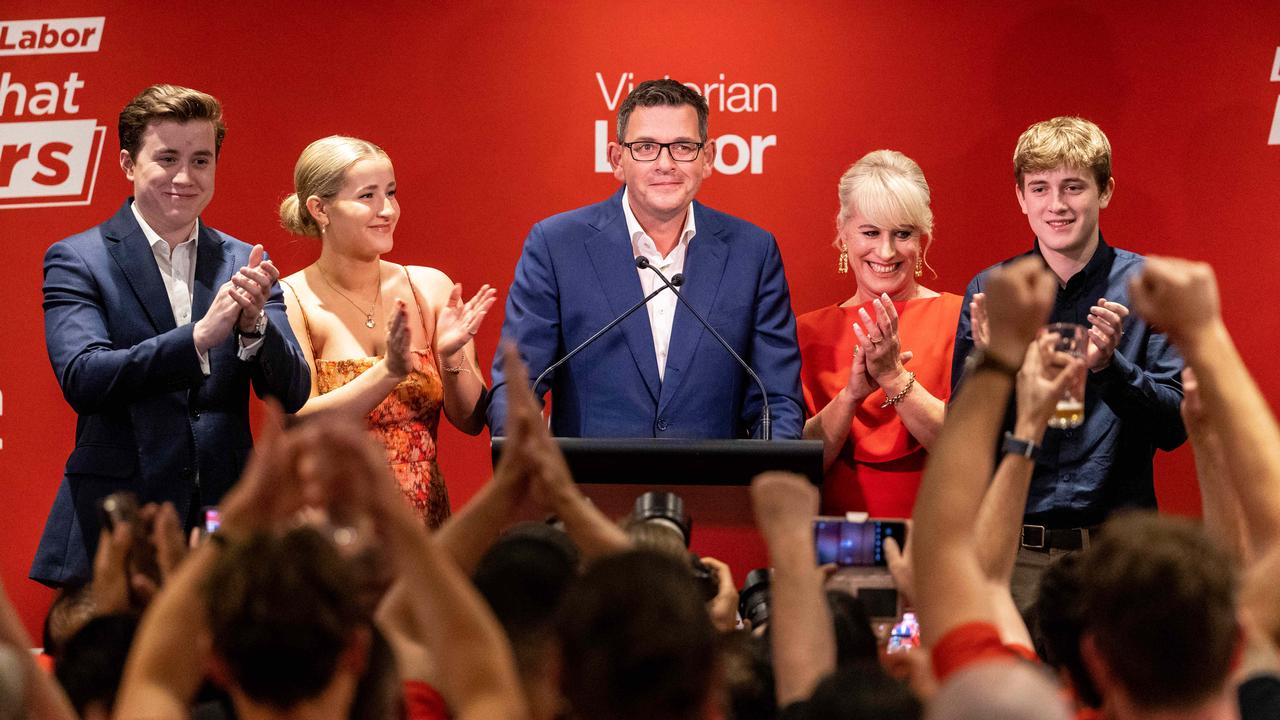 “This was a one-in-100 year event and because of the tough decisions that we made, and … the fact that Victorians stuck together … we went out and got vaccinated. Because vaccines work,” he said.

“As a community we were not, as some would say, divided. We were instead united in our faith in science.

“That sense of kindness, that sense of connection … has been confirmed today. Friends, hope always defeats hate.” 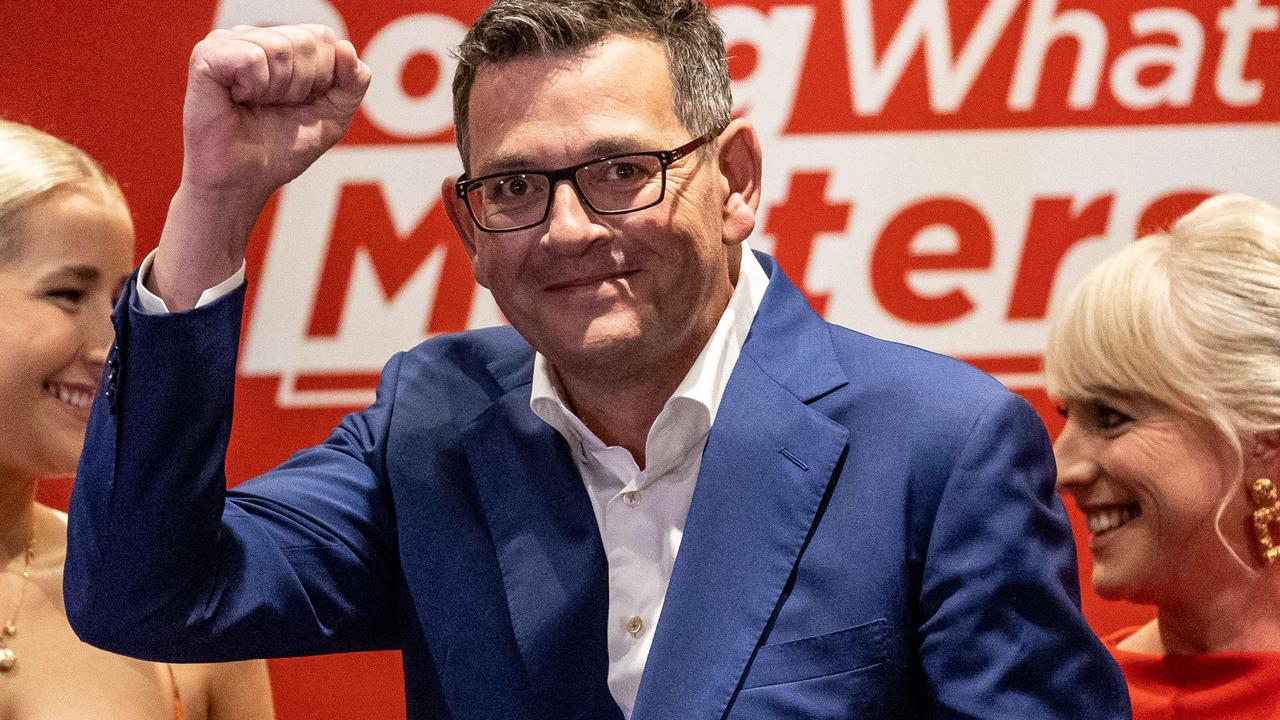 “Essentially, he was telling me that leadership is about doing what matters and that’s exactly what the people of this great state have endorsed today.”

Victorian Opposition Leader Matthew Guy conceded defeat for the second time in a Victorian election just before 11pm and offered his congratulations to the Premier.

By the end of the next term, the Coalition will have led the state for just four of the past 27 years.