A senior Victoria Police officer has been found dead at a station in Melbourne’s inner south, police have confirmed.

Victoria Police confirmed the death of the senior sergeant which happened at around 7.30pm on Friday.

A spokesman confirmed he was not on-duty at the time.

“It is with great sadness that we can confirm a senior sergeant has taken his own life on Friday 13 January,” a statement from Victoria Police reads.

“The male police officer was located deceased at the station just before 7.30pm.

“His death is not being treated as suspicious and a report will be prepared for the coroner.”

The senior sergeant’s death has sent shock waves around the police community.

The Police Association of Victoria shared their condolences and said the officer’s family and colleagues will be taken care of.

“We can confirm reports of a non-operational incident that occurred at the Moorabbin police station yesterday afternoon where a police member has sadly passed away,” read a post made on social media.

“Our thoughts are with the family and colleagues of the deceased member who will be supported by The Police Association and Victoria Police.” 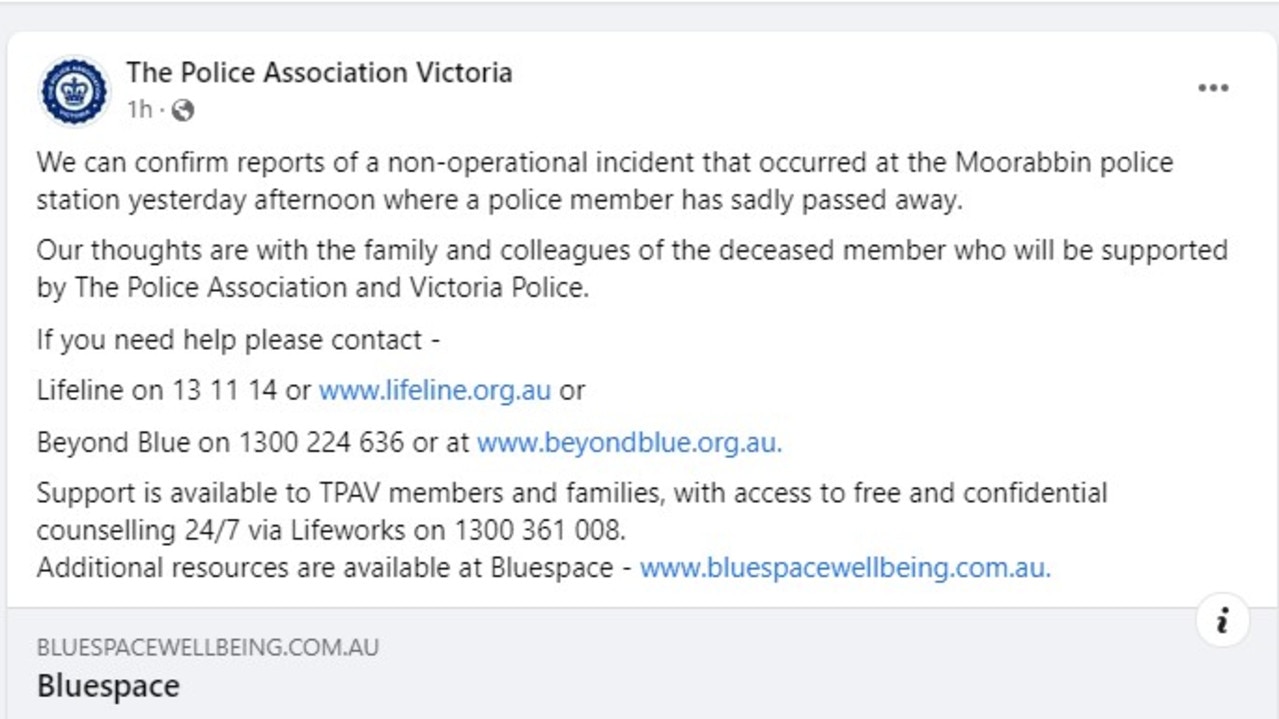 The Police Association Victoria said the man’s family and colleagues will be supported by police. Picture: Facebook

In a Facebook group dedicated to fallen members of the force, one member said it was a “sad day” for the force.

“Rally around the troops and make sure they’re okay.

“My thoughts are with the family, friends and colleagues of a life gone too soon,” Mr Battin, who is also the MP for Berwick, shared on social media.

“Today, reach out and thank all police for the stress and pressure they put themselves and their family under to protect our community.