The pilot at the controls of the second helicopter involved in a horrific crash on the Gold Coast has been praised for the quick thinking that likely saved the lives of his passengers.

The man in question has been identified as 52-year-old Sea World pilot Michael James. He was, “remarkably”, able to land his aircraft upright on a sandbar despite the “considerable damage” it had suffered.

Six passengers on board were treated for minor injuries and have since been discharged from hospital.

Mr James is now recovering from his surgery and is yet to comment on the harrowing experience.

Aviation expert Geoff Thomas said the pilot’s actions were lifesaving as he performed “an extraordinary feat of airmanship”.

“It’s just amazing, it’s an incredible feat to do that given the level of damage and that he would have been hurt with glass and perspex everywhere,” he told The Gold Coast Bulletin.

“It was an extraordinary feat of airmanship and he saved lives, there is no doubt about it.

“When I looked at the images, I was astonished at the damage and that he was able to land it at all.

“We could have had a far worse situation here.”

The expert suggested the collision between the two helicopters had occurred because they were in each other’s blind spot.

“People do not appreciate that, when looking down, you can’t see a helicopter up from the surroundings. My sense is that was a factor given both pilots were highly regarded and highly experienced. It may have been a blind spot situation. It is just a terrible tragedy.” 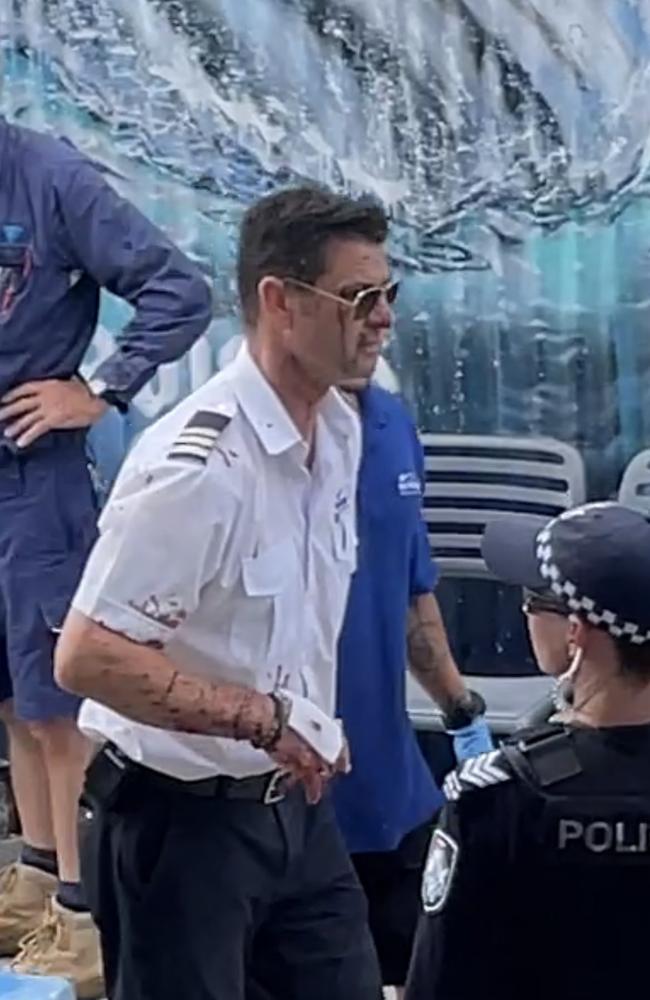 “It was a remarkable job considering the damage that was done to the front-left hand part of the aircraft where the pilot was sitting,” he said on Tuesday.

“We could have had a far worse situation here.

“What we do need to know now is, what was occurring inside those cockpits.”

A British couple and a young mother have been identified as the remaining victims of a freak mid-air collision.

All on board have now been identified. 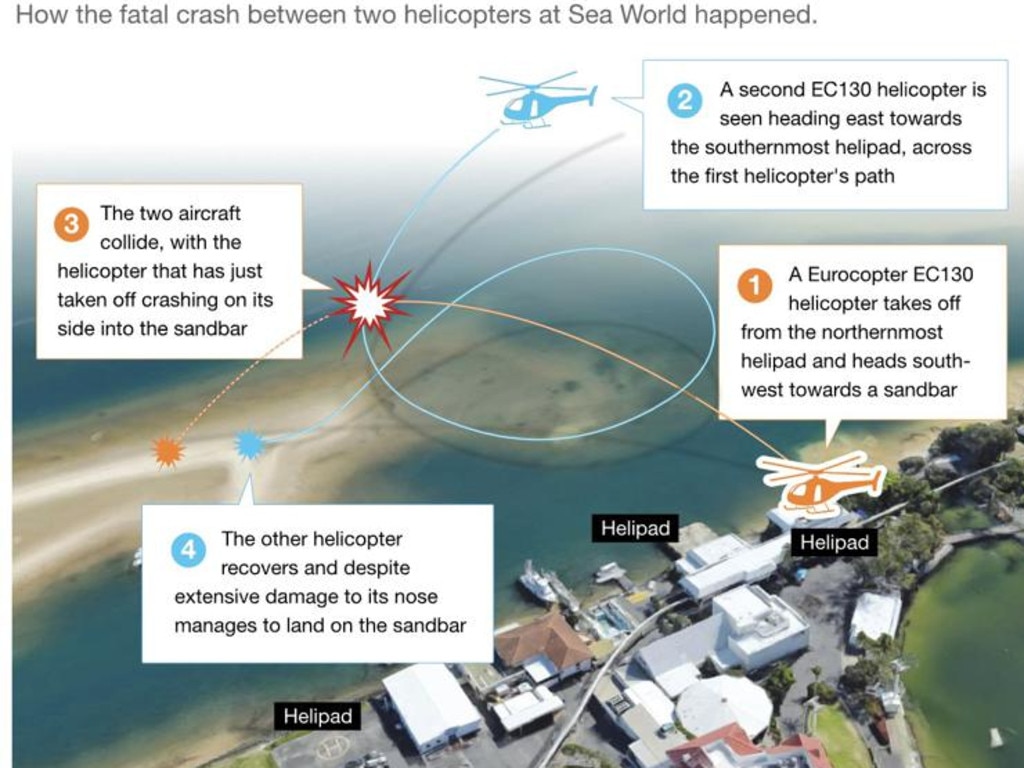 Sydney mother Vanessa Tadros, 36, and British newlyweds Ron, 65, and Diane Hughes, 57, were all tragically killed in the crash on the Gold Coast on Monday.

Their pilot, Ash “Jenko” Jenkinson, 40, also lost his life when the main rotors of the helicopter he was flying collided with a landing chopper near a Sea World theme park.

In a sad twist, Mrs Tadros’ young son Nicholas survived the crash but is fighting for his life in hospital and has no idea his mother is dead, according to the Courier Mail.

The 10-year-old boy has reportedly undergone four surgeries in the last 24 hours, with his family travelling from Sydney to be by his side.

A 35-year-old mother and a 9-year-old boy travelling from Geelong West in Victoria remain in serious condition in hospital. The mother is in a critical condition.

Australia’s Prime Minister Anthony Albanese said the country had been left shocked by the “terrible and tragic incident”.

“My thoughts are with all those affected, including first responders, and my deepest sympathies are with those who are grieving,” he added.

“My deepest sympathies are with each of the families and everyone affected by this terrible accident,” she said.