Body image advocate Taryn Brumfitt said it “took some time” to embrace her body, but she now wants to help every Australian to do the same.

The 2023 Australian of the Year, who is in the process of creating her third documentary and is about to roll out body image resources for schools, said she was “humbled, excited and deeply honoured” to have won the accolade.

The Body Image Movement creator’s journey with “ Embrace” began in the wake of giving birth to her three children.

“I struggled with my body image after I had my children,” she told ABC News on Thursday.

“I (eventually) learned to embrace my body. It took some time, but I got there and for me it felt like winning the golden ticket.

“I’ve learned to embrace my body because of my daughter, and now we will go out into the world to help all Australians to embrace their bodies too.” 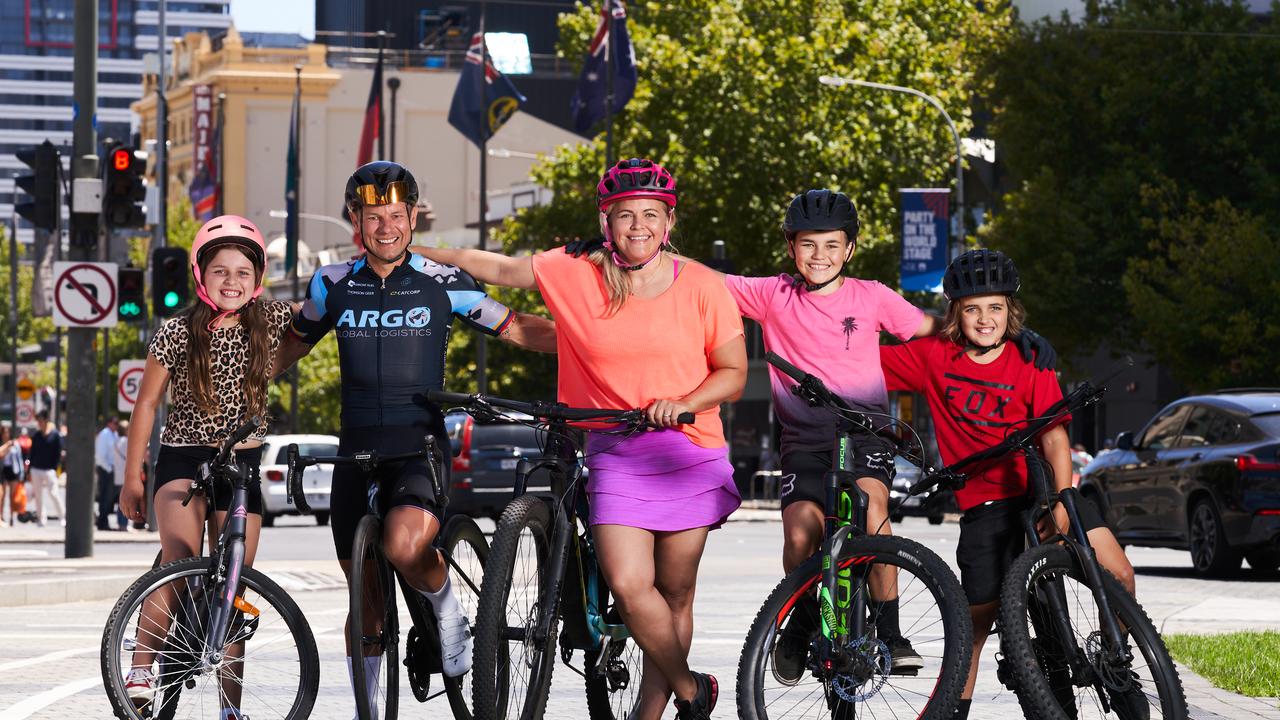 Australian of the Year Taryn Brumfitt in 2020 pictured with her family. She said giving birth to her children had been the catalyst for her own body image acceptance. Picture: MATT LOXTON

The 45-year-old went viral after releasing a twist on a “before and after” photo, with her earlier picture one from her bodybuilding days, and her later photo showing her carrying more weight but being comfortable in her skin. 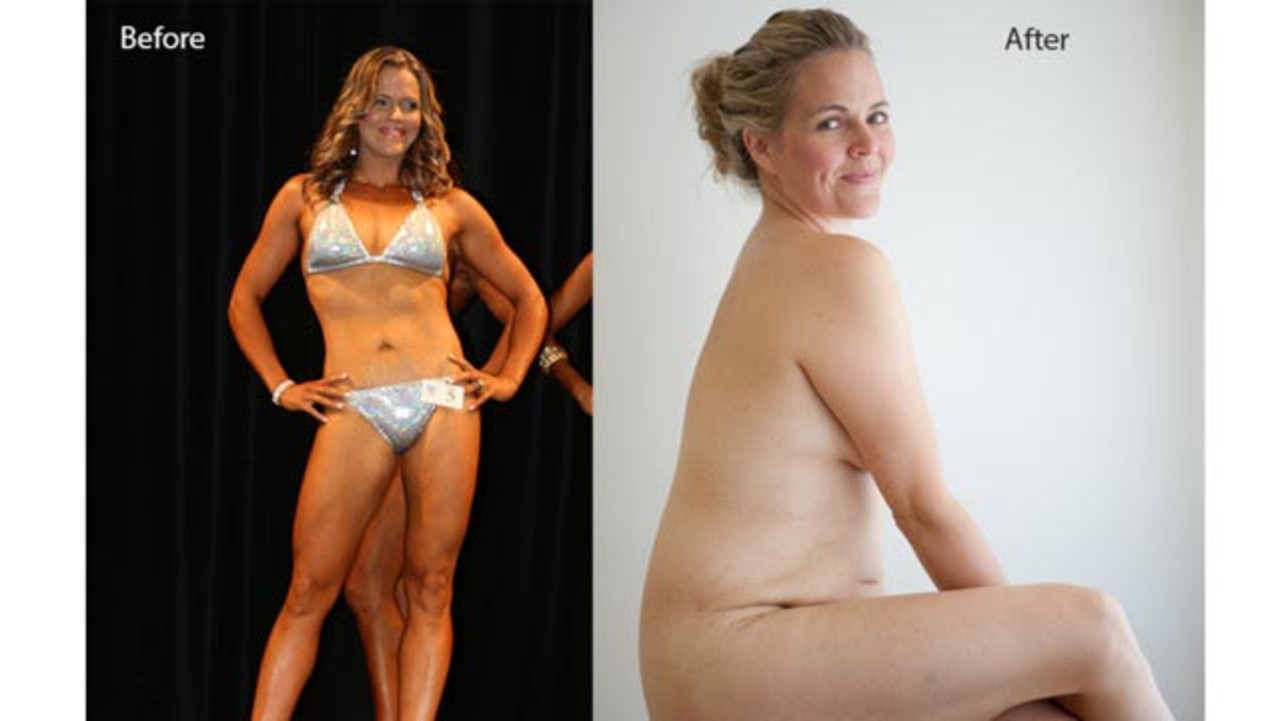 Taryn Brumfitt’s “before and after” went viral.

Ms Brumfitt has written books and released two documentaries already over the past decade as part of her campaign to spread self-awareness – which has already reached 200 million people.

Prime Minister Anthony Albanese said every Australian knew someone who had been impacted by body image issues – some even fatally – and Ms Brumfitt’s work was important in changing the conversation.

“The message of Taryn, of being proud of your body and who you are and that everyone should be valued for who they are. Not just talking about their body weight but talking about the whole range of issues regardless of what colour their skin is, or how tall they are, just love your body is a really good message,” he told ABC Radio.

“ And Taryn, I think will make an enormous difference this year, just as Dylan Alcott has been an extraordinary Australian of the Year over the last 12 months in raising issues of people with disabilities.” 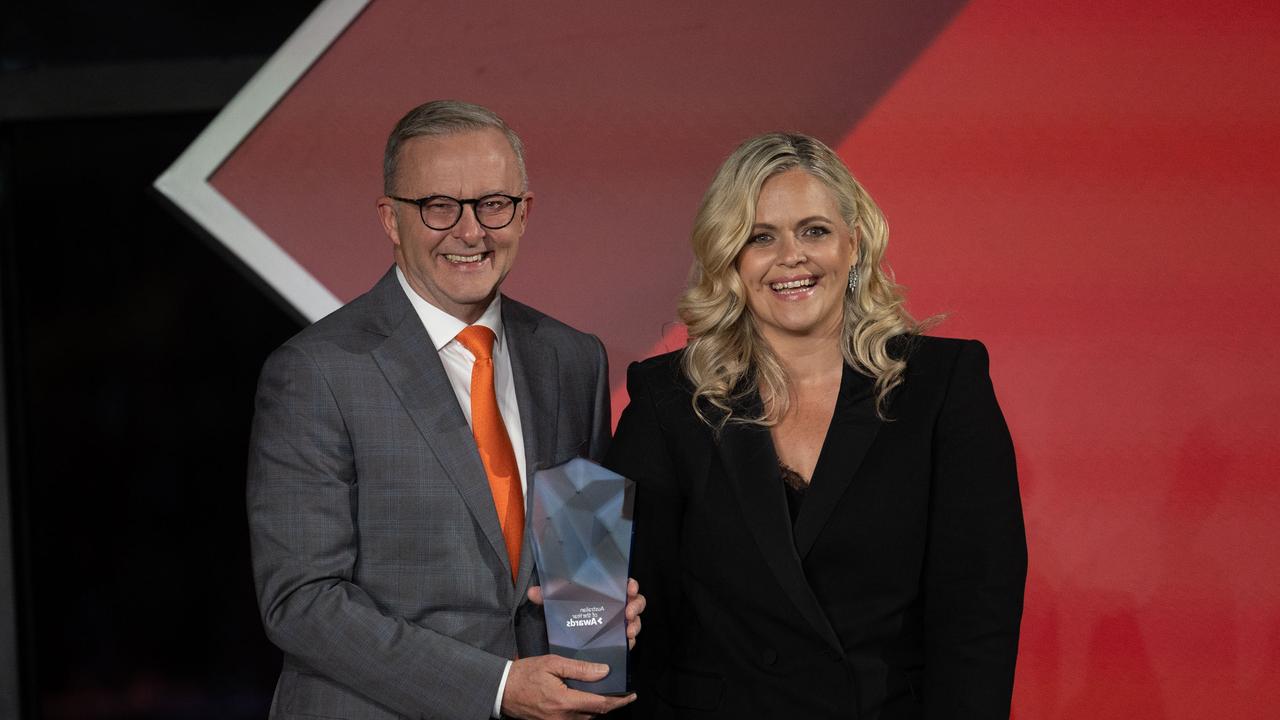 Ms Brumfitt not wasting any time in using her platform, having convened a meeting with her team “in the early hours of the morning” to ramp up their campaign to reach one million schoolchildren.

“Our target was (reaching) a million schoolchildren over the next three years. I had a chat to my team in the early hours of this morning and I said ‘Do you think we can make it over the next 12 months now with this Australian of the Year’?” she said.

“We’ve all agreed we will go for it.

“We want as many Australians to know about (Embrace Hub) because it has resources, evidence-based, to help you nourish your body. To respect it, embrace it, enjoy it.

“The time is now to have a national conversation about how we feel about our bodies because it is not our life’s purpose to be at war with it.”

Her attention is also now on preaching self acceptable to men.