Health Minister Mark Butler has revealed why the government has introduced new rules for passengers travelling from China into Australia.

Travellers entering Australia will have to return a negative Covid-19 test at the airport within 48 hours of boarding flights into the country from Thursday.

It comes as China endures the world’s largest Covid outbreak in history, with hundreds of millions of people potentially infected.

“The key driver of this decision is what the World Health Organisation has described as an absence of comprehensive information about what is a very fast moving situation in China,” Mr Butler told Sunrise on Monday.

“We think this is a balanced decision, a modest decision.” 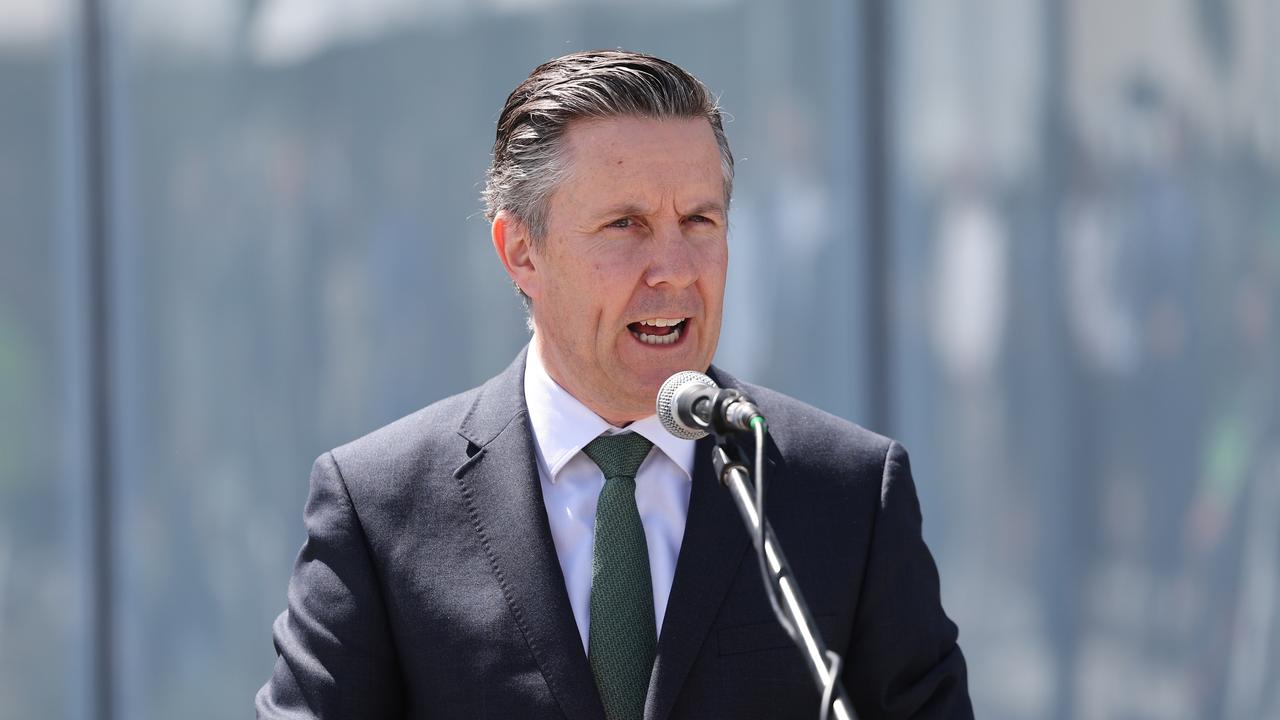 Most other major countries – including the US, Canada, England and France – participate in the sharing of genomic sequencing data which allows countries to track the emergence of new variants.

“We know what is happening in China is a very serious Covid wave,” Mr Butler said.

“What we are concerned about and what the World Health Organisation described over the last 48 hours is an absence of information.”

The decision was made ahead of China announcing it would ease its quarantine requirements for inbound travellers on January 8 – for the first time since 2020. 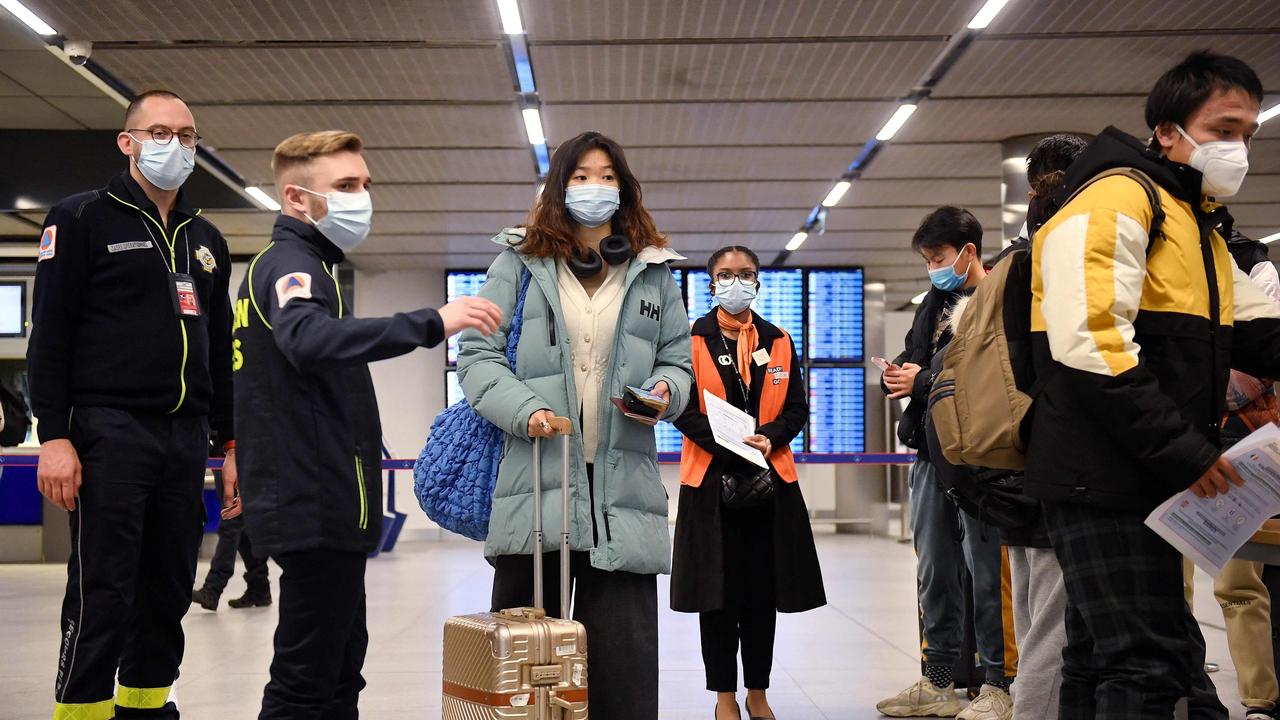 Travellers from China will have to produce a negative Covid test within 48 hours of travelling to Australia from Thursday. Picture: JULIENNE DE ROSA / AFP

It will also resume issuing visas for residents to travel overseas, a move that is expected to create a travel boom between the two countries.

However, Mr Butler emphasised the decision to impose restrictions on Chinese travellers is not intended to hinder travel.

“I want to stress we warmly welcome the resumption of travel between our two countries,” he said.

“I know that hundreds of thousands of Australians, of Chinese descent in particular, are particularly looking forward to the opportunity to reunite with family and friends who they may not have seen other than on a screen for months, if not years.”

“It is really the one significant country in the world where we haven’t seen travel resume, so this is a very positive development, but we need to ensure that we have the information we need to protect the health of Australians.” 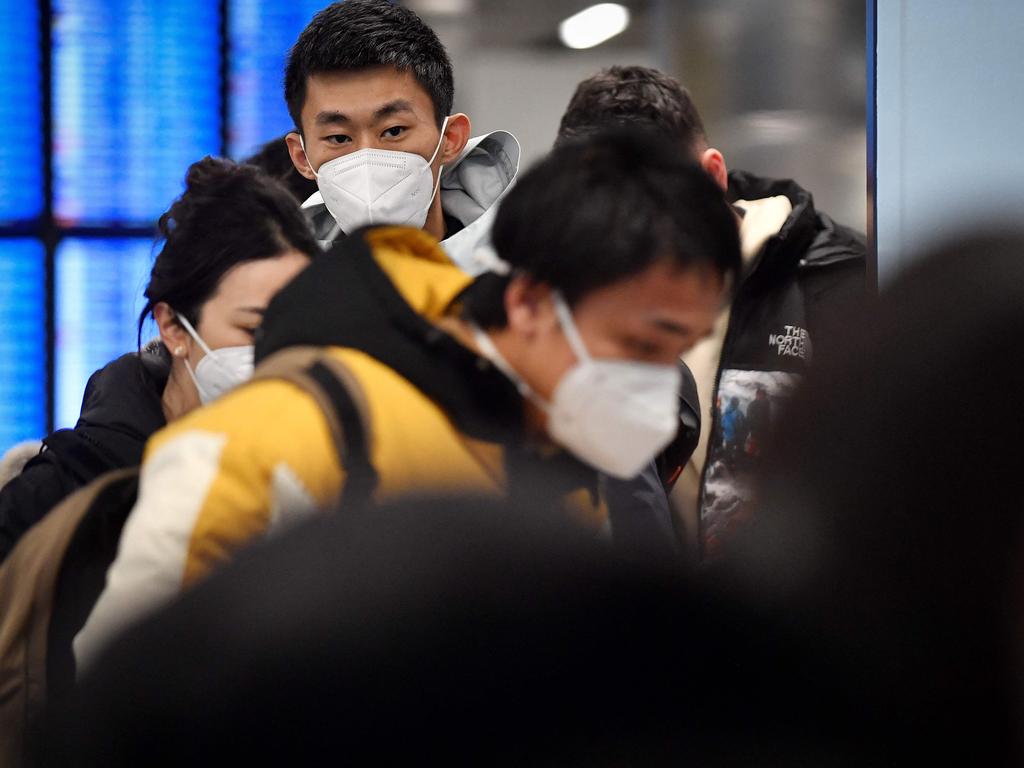 Passengers of a flight from China walk towards the Covid-19 testing centre after arriving at the Paris-Charles-de-Gaulle airport in Roissy, outside Paris. Picture: AFP

Last Thursday, the head of the WHO, Tedros Adhanom Ghebreyesus, urged China to be more forthcoming on the pandemic. It was “understandable” that some countries had introduced restrictions in response to its Covid-19 surge, he said.

But on Friday, Chinese foreign ministry spokesman Wang Wenbin insisted: “Since the outbreak of the epidemic, China has been sharing relevant information and data with the international community, including WHO, in an open and transparent manner.

“We shared the sequence of the new coronavirus at the first instance, thus making important contributions to the development of relevant vaccines (and) drugs in other countries.” Nevertheless, Spain, South Korea and Israel on Friday imposed mandatory coronavirus tests on visitors from China.

They joined Italy, Japan, India, Malaysia, Taiwan and the United States in requiring negative Covid tests for all travellers from mainland China, in a bid to avoid importing new variants from the Asian giant. 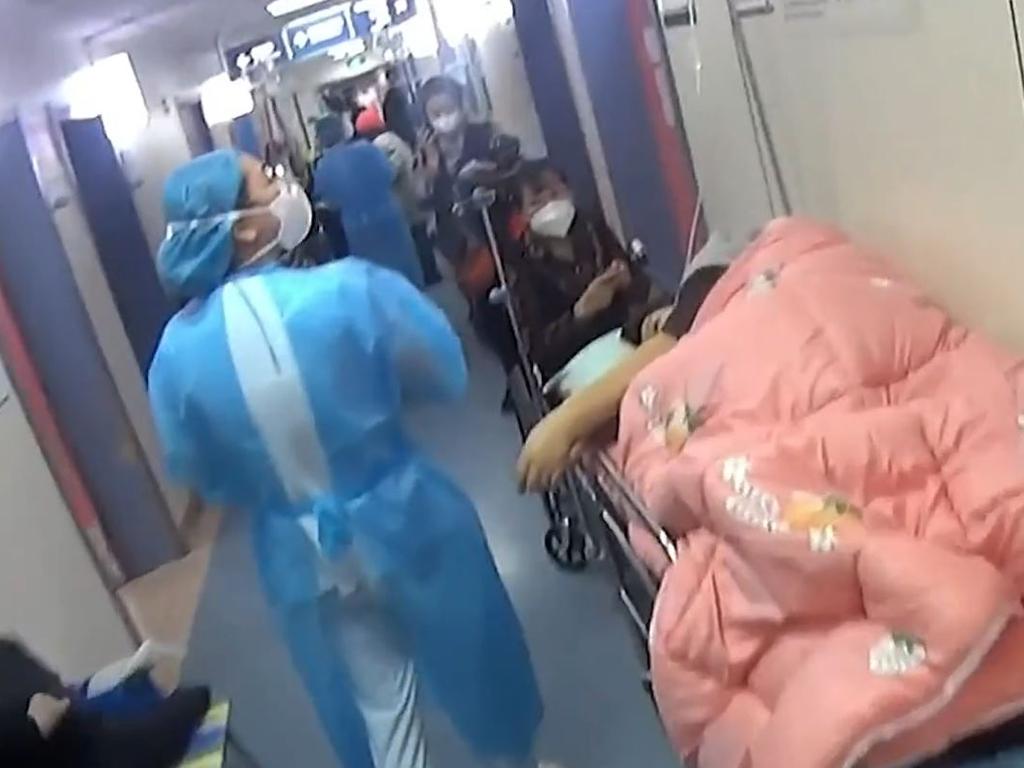 China is experiencing an explosion in Covid-19 infections and deaths after Beijing reversed its policies and let the virus run rampant.

“This control on arrival is not a control to prevent citizens entering our territory but a more scientific control which will allow us very precisely to check different variants,” Mr Braun said at Charles de Gaulle airport north of Paris.

“These are essentially Omicron variants currently in China,” said Braun, adding there will be “a discussion at the European level in the week to harmonise this model” of testing.

As of Sunday, visitors from China must wear a mask and be prepared to submit to a test on arrival, which will be done at random.