A dad’s frustration at skyrocketing crime in his neighbourhood has boiled over in a brilliant rant caught on camera.

Steve Lee “offloaded” in a major way after spotting a car full of young men pull up outside his neighbour’s house in Bridgeman Downs, north of Brisbane, at about 2am on Wednesday.

“Oi motherf*****s, get the f*** out of here”, Mr Lee could be heard saying in security footage, yelling down at the men as they started walking up his neighbour’s driveway.

His bellowing voice echoed down the street and immediately sent the bandits into a panic.

“I just saw red because I’m just so sick of it, like everybody else is, and I just offloaded on them,” Mr Lee told news.com.au.

“And they just s*** themselves. The driver went to take off without his mates, then the door was locked, it was one thing after another.” 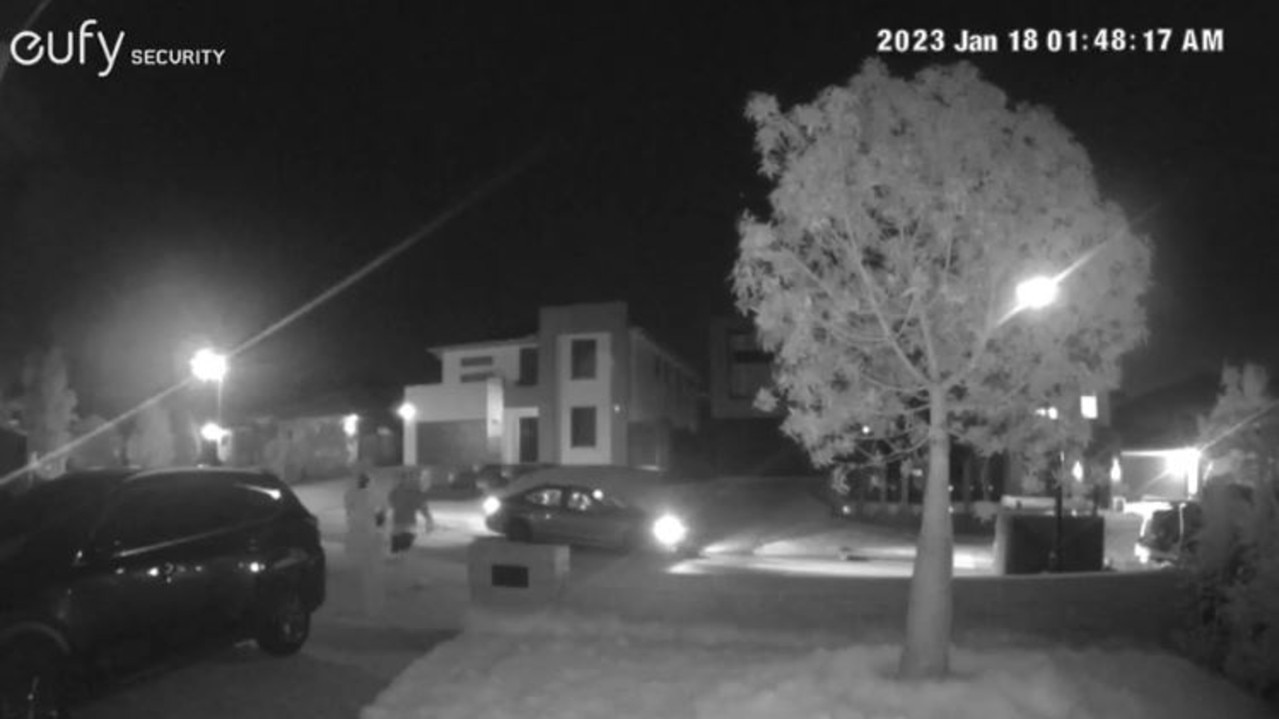 Steve Lee yelled out of his window, scaring the daylights out of a pair walking towards his neighbour’s car. Picture: Facebook

The area has been targeted repeatedly in recent months, with several cars and homes in the suburb targeted by thieves.

“They’re just always out and about,” Mr Lee said.

“I think it’s just of those areas where there’s nicer homes and they’re assuming that ‘if you can afford a nice car, you’re going to have nicer jewellery and cash’.”

Mr Lee’s house is flanked in security cameras and his cars are fitted with tracking devices and immobilisers, but he’s still increasing his protection.

“We’re going to get contact alarms on all the doors and windows, and I’ve just spent another $1000 on some extra cameras,” he said.

“It’s hard to swallow that this is the day and age that we’re living in where we have to spend so much on home security because of these grubby who just don’t care,” Mr Lee said.

“They don’t care whether you’re home or not at home, or if you’ve got kids … it’s not tough going into someone’s house armed, that makes you a coward.” 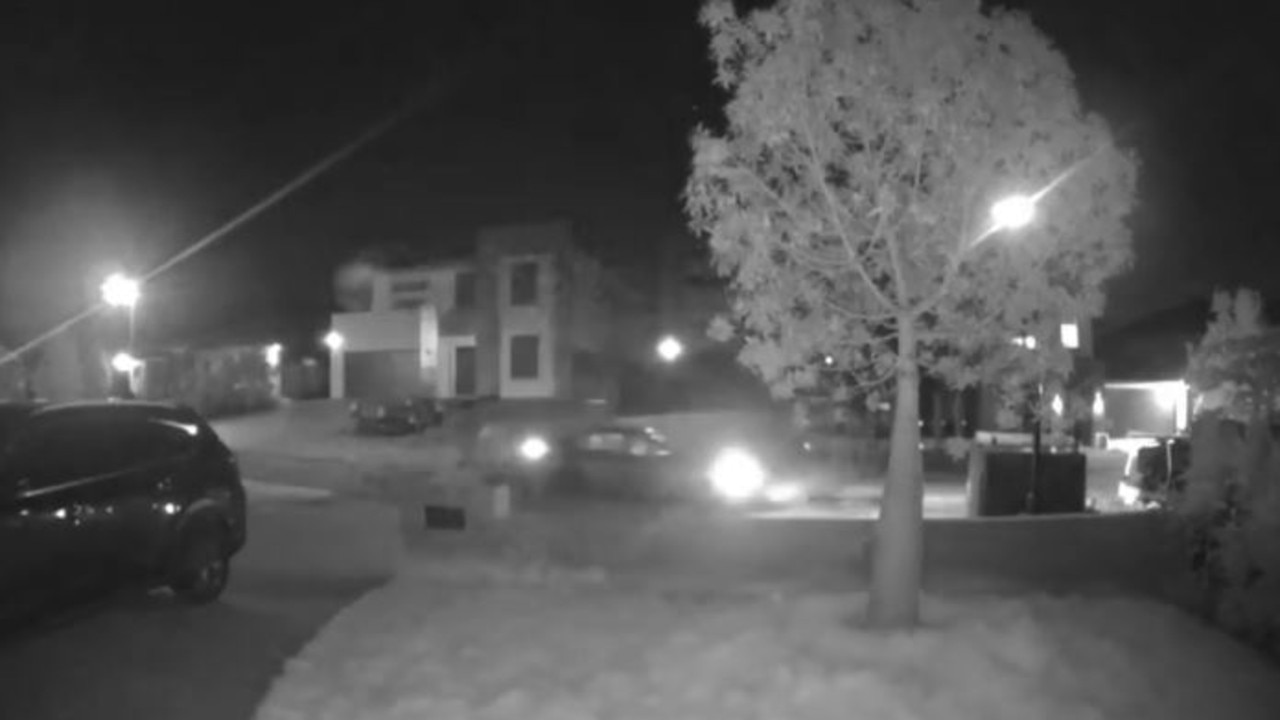 The bandits immediately sprinted back to the car and were driven away. Picture: Facebook

Mr Lee’s video has gone viral on social media with thousands of people sharing and commenting on the clip.

“If it gives people a laugh and it ridicules them [the men] a bit, then good, but you can’t cower away. I’m certainly not backing away from bringing light to the subject,” he said.

“I’m not allowing people into my house where my wife and son are, and what I’ve busted my a** for.”

Mr Lee said it was outrageous that the problem had become so severe that locals had no choice but to spend thousands on home security and personal protection to keep themselves safe.

“Thousands of people now have got to the point where we’re left with no choice.”