Consumers are up in arms over a tactic being used in the hospitality sector to beef-up bottom lines while offering no additional service.

Businesses directing customers to use their QR code tablets to order food and drinks have been called out for asking for tips.

Even more infuriating for customers was that tipping a certain percentage was almost always the default selection, making it easy to accidentally tip when in a rush.

“I’m ordering off a QR code; what exactly am I tipping for?” a Reddit user posed to the forum on Sunday, sparking an enormous response from other peeved consumers.

A screenshot of the tipping option showed the “add tip and pay” option selected, with the app offering three tipping options, 5, 7.5 and 10 per cent, for the customer to choose from.

“All tips go to our hardworking staff – we appreciate you!” a note on the tipping screen read.

The tactic has been labelled “a joke” among fuming consumers, who already were most often already paying decent prices for food and drinks. 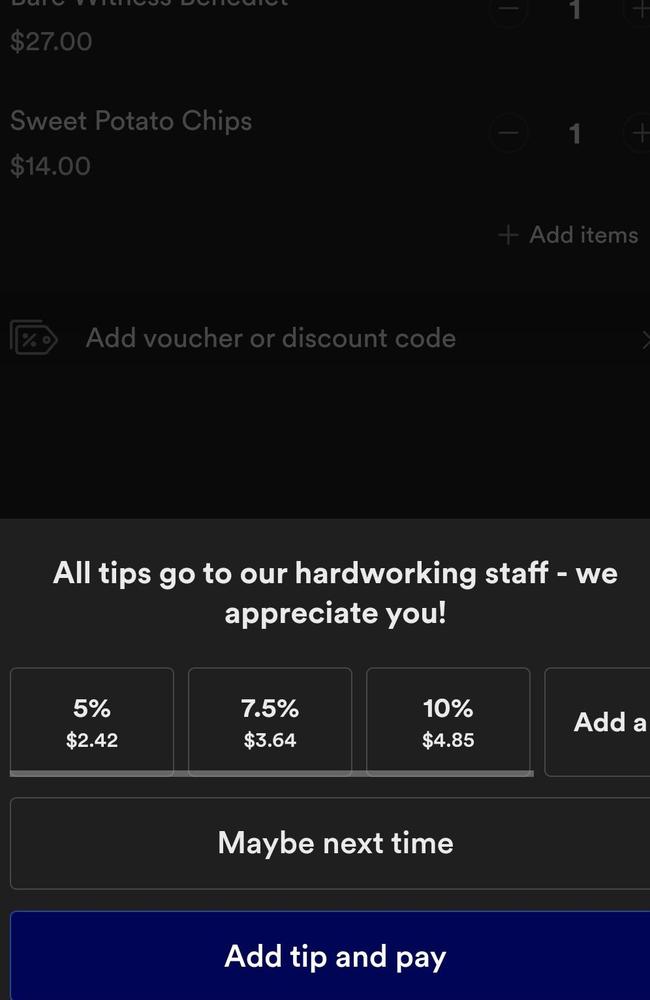 Diners aren’t happy that giving a tip is the default selection. Picture: Reddit

“And they do get paid properly. Hospitality wages have never been higher,” a respondent pointed out.

Another diner recalled a time staff paid her group no attention while the QR code site asked for both a tip and a gratuity fee.

“Waited 10 minutes to get seated while staff were babbling away. We sat ourselves and ordered on the app, and there was an automatic 10 per cent chosen by default, and then it still had 2 per cent gratuity fee,” they wrote. “What the actual f**k.

“I’m all for hospo staff getting paid properly but this tipping sh*t is a joke.”

“Went out to dinner during the week and the place had ordering through Me&U as the only option. No table staff at all to take orders, just people to bring food out,” another said.

“The app asked for a tip and there was no ‘maybe next time’ option. You had to go in and enter $0.00 manually. It’s pretty cheeky. I didn’t leave a tip.” 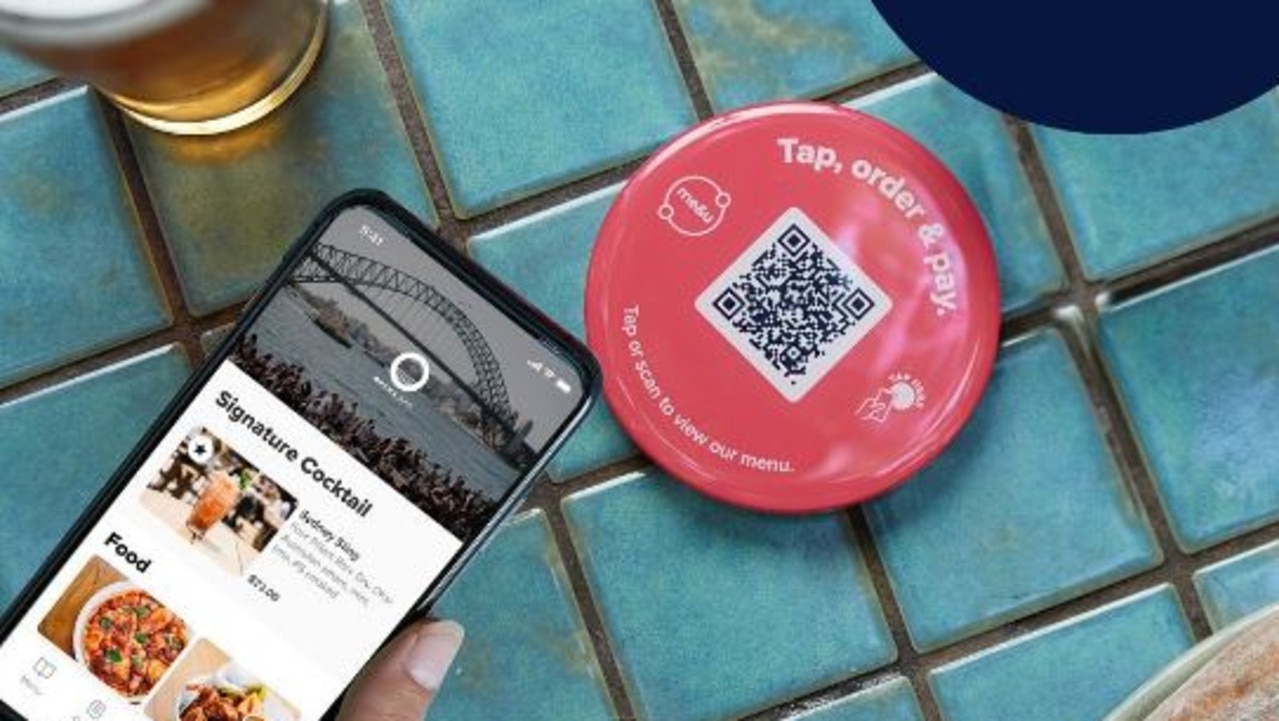 QR code ordering makes it easy to accidentally tip the business if you’re in a rush. Picture: Instagram/meandu

Others felt Australian businesses were trying too hard to be American.

“Unfortunately, it seems as though many people here are addicted to the American culture via social media and bringing it here,” one suggested.

Consumer advocate Adam Glezer, from Consumer Champion, argued that unless hospitality staff had provided a service, there was nothing to tip.

“A tip is something you pay for good service and it’s optional,” Mr Glezer told news.com.au.

“In Australia, the waiting staff are on a much higher wage than those in America, where they rely on their tips,” he said.

“It sounds like Australian businesses are trying to Americanise themselves. There is no justification for paying a tip before a service is provided.”

QR code ordering swiftly became the new normal during the Covid pandemic when establishments worked to minimise contact between staff and patrons.

While coined by some as the best things to come out of the pandemic, many believed they had become tools to take advantage of consumers.