A Qantas flight heading to the Philippines for the New Year never arrived on Sunday after a power outage at the destination caused mayhem for tens of thousands of international travellers.

The QF19 flight to Manila departed Sydney at 12.39pm and was just three hours into its journey when the pilot informed them they would have to turn around.

More than 360 flights to Manila were impacted by a five-hour closure of the city’s airspace which saw flights cancelled or diverted to Hong Kong or Bangkok airports. 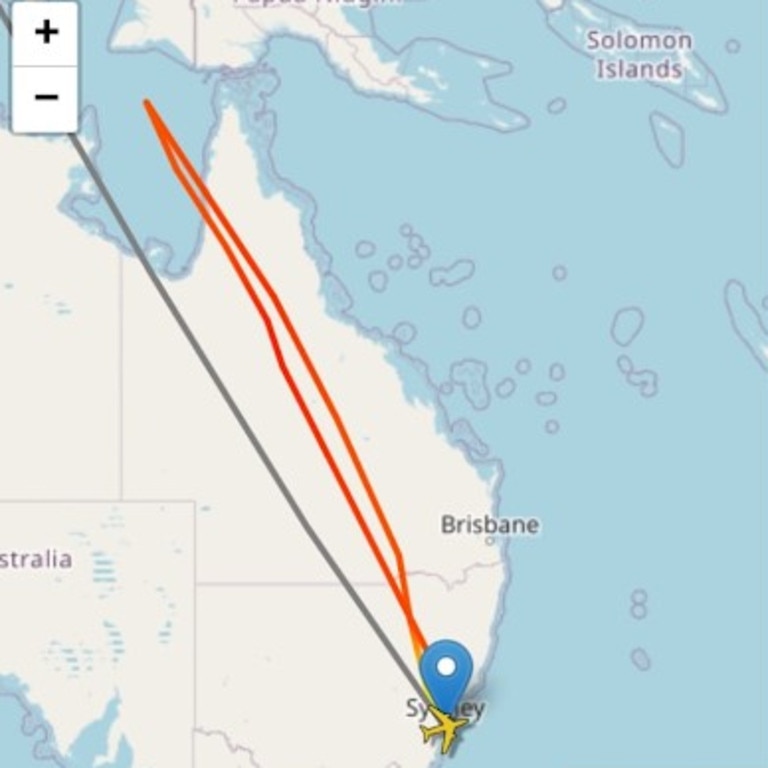 The QF19 flight to Manila departed Sydney at 12.39pm and was just three hours into its journey when the pilot informed them they would have to turn around.

“The secondary problem was the power surge due to the power outage which affected the equipment,” he said.

Here is traffic in the Manila FIR now and from 2 weeks ago at the same time. (Last Sunday was Christmas, so volumes lower anyway) pic.twitter.com/QHi8n32DAI

At least 56,000 passengers were caught up in the chaos as countless flights were turned around mid-air or stranded on the tarmac for hours.

Many took to social media to vent their outrage over the situation, including Filipino businessman Manny Pangilinan.

“Six hours of useless flying but inconvenience to travellers and losses to tourism and business are horrendous. Only in the PH. Sigh,” he tweeted.

Another user wrote on Monday morning AEDT: “Us, who were flying out of Manila, who experienced that glitch are still stuck here in Inchon.”

“No sleep, so tired. Not sure if we can get a seat in the next flight to where we’re going,” they said.

“First flight of 2023 didn’t go as planned. Four hours in the aircraft just to step down,” a third user wrote.

The air traffic management system was partially restored by 4.00pm (1900 AEDT) and flights were able to take off and land at the airport.