Labor Senator Tony Sheldon has accused Qantas of “mongrel corporate gorillaship” and suggested airline boss Alan Joyce is a greedy ape who is not prepared to “share his bananas”.

The former union boss has unloaded on the flying kangaroo’s leadership for rising airfares despite record profits.

Slamming the company’s stance on workplace negotiations in an extraordinary spray, he said workers and travellers were getting ripped off.

“You can fly to New York cheaper than flying to Perth from Sydney one way,’’ he told news.com.au.

“Not only has Qantas forecast a major profit this year, but (Qantas) also now added $150 million, because he thought that the Australian public wouldn’t put up with the prices that he’s been putting on, on his tickets. But they are gonna get around so he’s gouging the market.

“You know, this, this guy’s like one of the real corporate gorillas. He throws his arms around, and he’s gorging himself on all the bananas and not prepared to share any of them.” 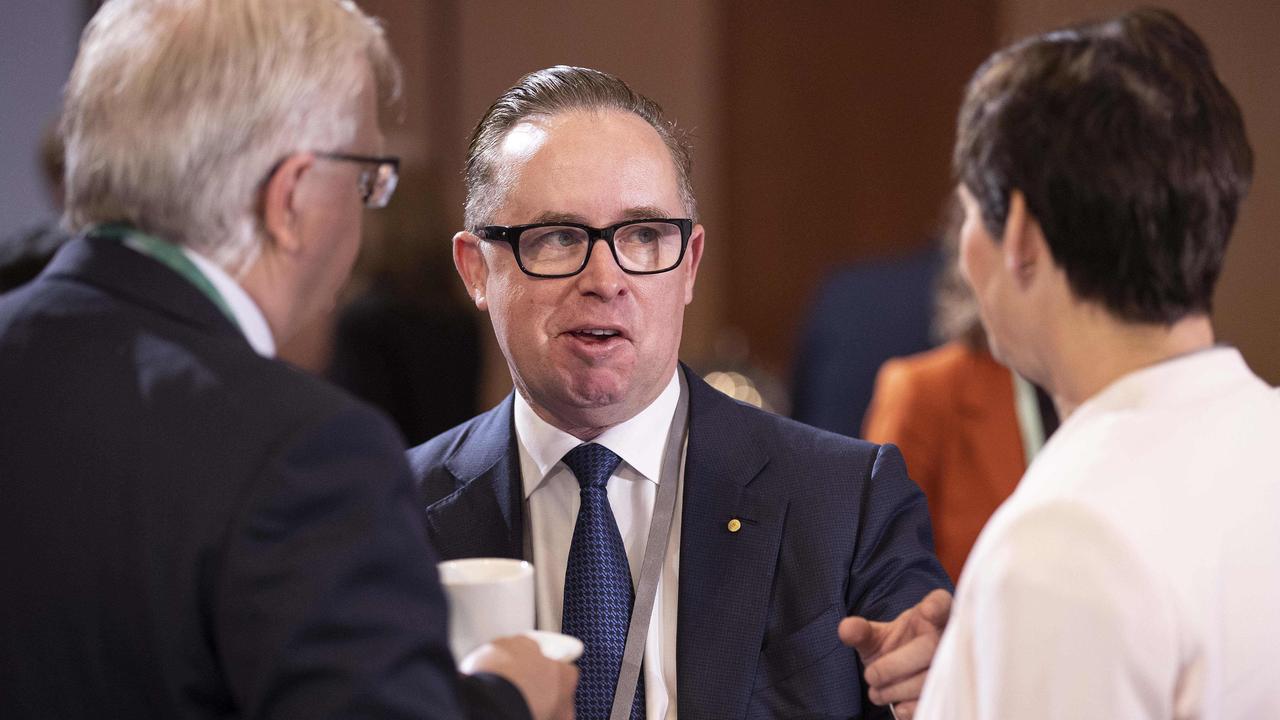 Senator Sheldon said Qantas was “treating the Australian public with contempt when it comes to gross price gouging on flights on tickets”.

“At the same time, its gouging the heart out of its own workforce and forcing people to bid against their own jobs constantly,’’ he said.

While most MPs and senior ministers are granted automatic free food and drinks in the airline’s invite-only club the Chairman’s Lounge, Senator Sheldon confirmed he’s not a member.

“I am definitely not a member of the Chairman’s Lounge. I sent them a message after I got elected saying, ‘Don’t worry about sending it to me’. I certainly rejected it as a union official.”

But Senator Sheldon said he still booked tickets on Qantas to fly interstate.

“Look I’ve got nothing against the workforce at all. Quite the opposite,’’ he said.

“My heart goes out to the sort of pressure that he’s applied to the workforce and those Australians have done so tough. During Covid. They have been used and abused by the company but love the airline. You know, they’ve been Joyce-ed as much as the travelling public has been.” 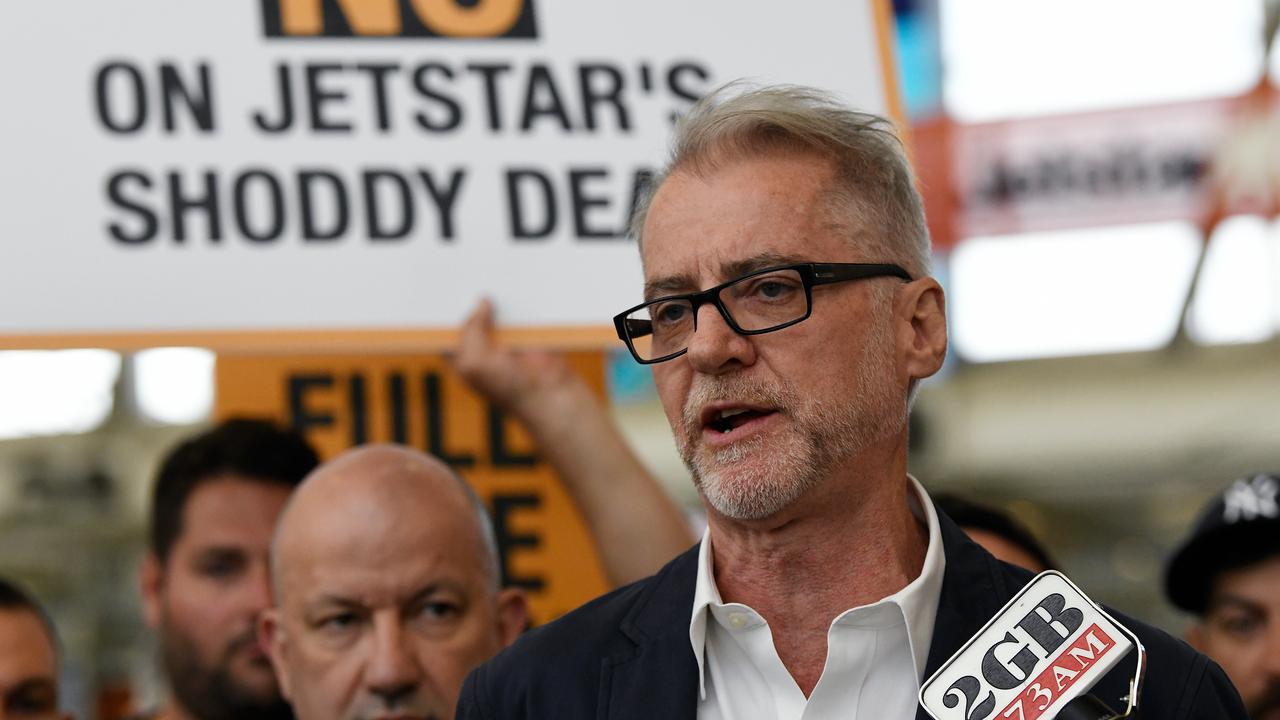 Earlier, Senator Sheldon – a former vice-president of the Australian Council of Trade Unions and secretary of the Transport Workers’ Union of Australia – lashed out at Qantas as “the pointy edge of the knife that’s been stuck into the heart of Australian workers in this country and the Australia middle class that’s seeing our wages frozen”.

“Alan Joyce doesn’t want to pay them, and that’s part of his war on the middle class of this country to drive wages down,” he said.

“There’s a really important opportunity for us to say to companies like Qantas ‘pay the overtime, respect your workforce and respect Australians that are working hard out there for your companies and make sure you pay them correctly.”

“Alan Joyce’s push to turn around and get rid of wages and conditions from Australian workers and the fact that he is the “sharp part of the knife” going into working people’s rights,” he said.

“He’s about to thrust it into the heart of 1300 other people that work for him right now (by putting them on salaries) and saying to the same people doing the negotiations, either abandon the 1300 people, throw them on the unpaid overtime scrapheap or turn around and don’t get a wage increase.

“That’s the sort of mongrel corporate gorillaship that we have in this country that needs to be said no to.” 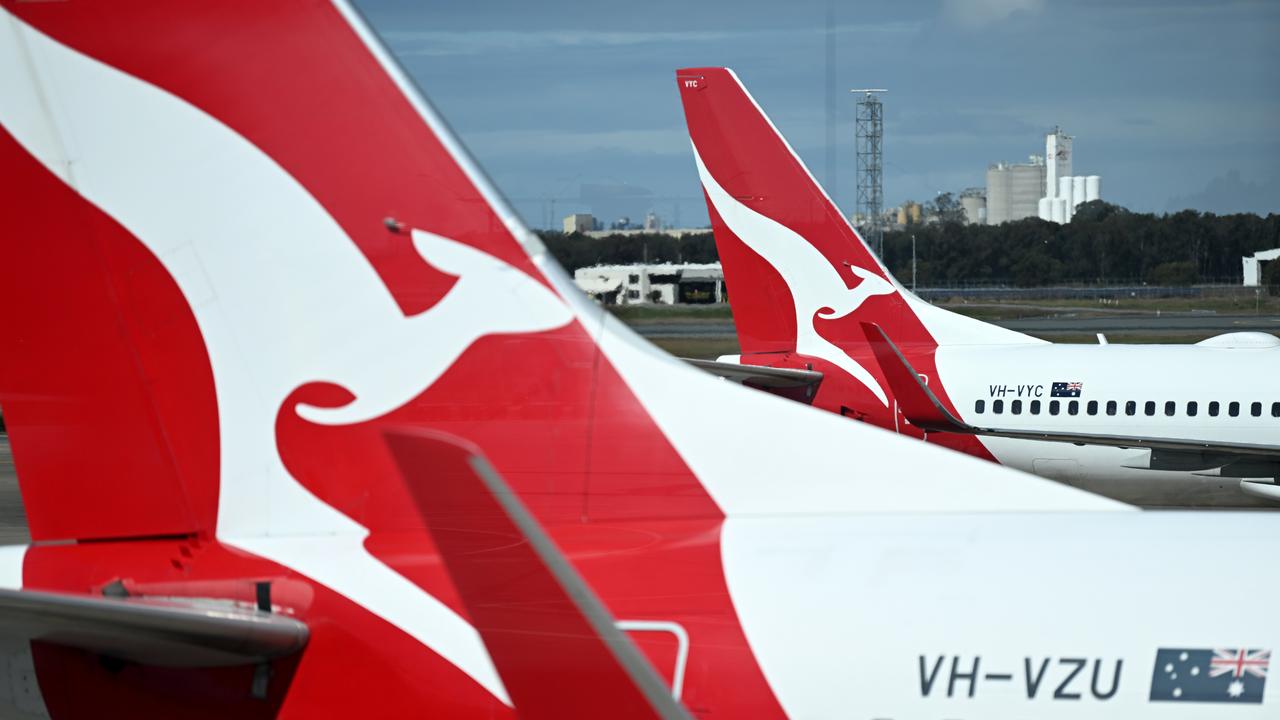 “I’ve met with mongrel corporate gorillas throughout my life, it doesn’t mean you have to agree with them and in Qantas’s case you also don’t have to respect them.”

“These claims are simply false,” he said.

“We are proposing to move a group of our employees into our management framework, which would be a better fit for the work they do, and is consistent with what many of them have requested.

“They will receive three per cent annual pay rises, retain key entitlements and, importantly, would have the opportunity to receive annual bonuses for the first time. All shift workers will retain overtime payments, claims otherwise are simply wrong.

“There will also be no impact on the employees who remain under the enterprise agreement.

“Around 90 per cent are corporate roles, such as marketing managers, IT specialists and financial analysts, that aren’t involved in the day-to-day operation of the airline.”