Australians have thrown their weight behind a push to have a rare yet inclusive feature introduced at every caravan park across the country.

Following the circulation last week of a fenced dog area around a traveller’s Winnebago at Windmill Park’s Big4 caravan park in Ballarat, campers have called for the enclosures to become a standard offering everywhere.

Excited Aussies shared their enthusiasm for the idea in response to a photo of a golden retriever sitting quietly inside the enclosure on Thursday.

Parents of young children were also keen, saying the yards would have a dual purpose in keeping their kids close if they needed to duck into the camper to prepare a meal.

The concept, in place at a handful of parks across Australia, has been described the “best idea ever”.

“Great idea and it doesn’t upset others in the park. Also for parents with young children. They can run around and play safely while mum prepares lunch. In a safe area. Brilliant idea,” one person said.

Pet owners said the enclosures made the park safer in a variety of ways. 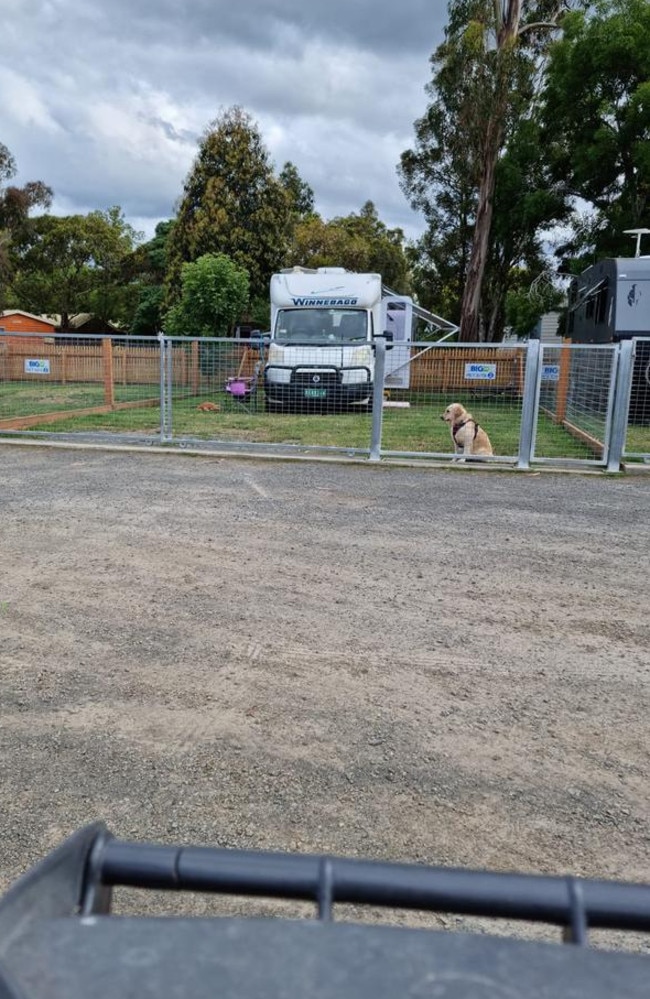 “There’s a park in Canberra (or literally 100m over the border) that offers this. It was fantastic for our dog not only so they weren’t chained up all day but to stop people coming up and trying to pat it. It stops people walking through your site, nicking your stuff and is fantastic for young children,” one wrote in a comment.

“I’m excited because I could take my dog and my toddler without fear of them getting away,” another wrote.

Others noted there was likely some financial incentive for parks that offered enclosures.

“Great idea. So innovative and thoughtful. Generates more cash as well for them as considerate dog owners will go the extra mile for their pups,” one wrote.

“Great idea because all camping areas and caravan parks you have to have your pets on a lead at all times, so this is great,” another said.

“The hardest part of taking my two dogs camping is having to leash them all the time and them getting tangled around each other or chairs. This would give them so much more freedom,” someone else wrote.

Many others were desperate for an alternative to having to tie their dogs up while camping.

“Definitely need these in Tasmania. Our furbabies always come with us in the caravan. It’s such a shame for them to on leash at all times,” one said. 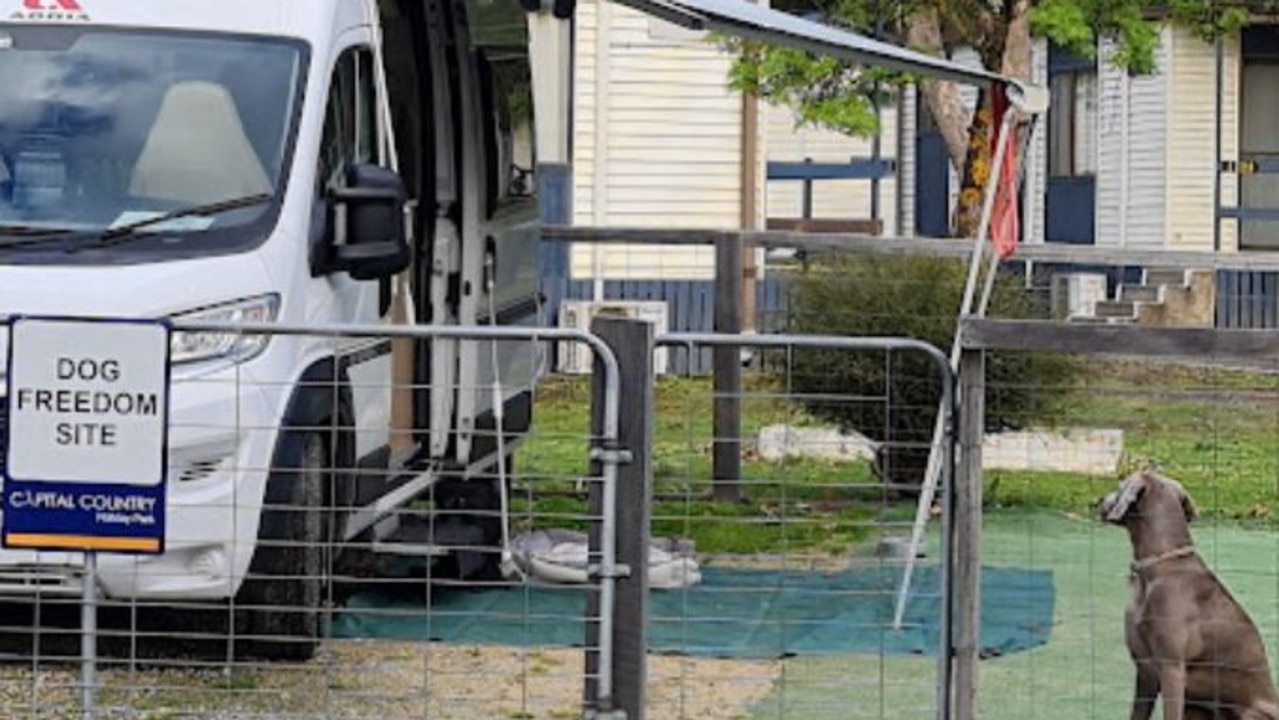 “Brilliant idea. Our staghound would love this. She is very friendly and hates being tied up,” another wrote.

The Ballarat facility charges slightly more for sites with an enclosure at $50 a night, while regular powered sites start at $41 per night.

The Acacia Caravan Park in Ararat, about an hour up the road, also offers multiple powered sites with sturdy fences around them.

The Best Friend Holiday Resort in Victoria’s Tarra Valley has fenced enclosures around camping and caravan sites too, and also offers day boarding, dog-friendly cabins and a dog playground.

The Capital Country Caravan Park, in Sutton, just over the ACT border in NSW, also has “dog freedom sites”, which are powered sites with a secure fence.

Evans Head, on the far north coast of NSW, has the Reflections Holiday Park with five dog-friendly sites that have their own dog enclosure at the rear. 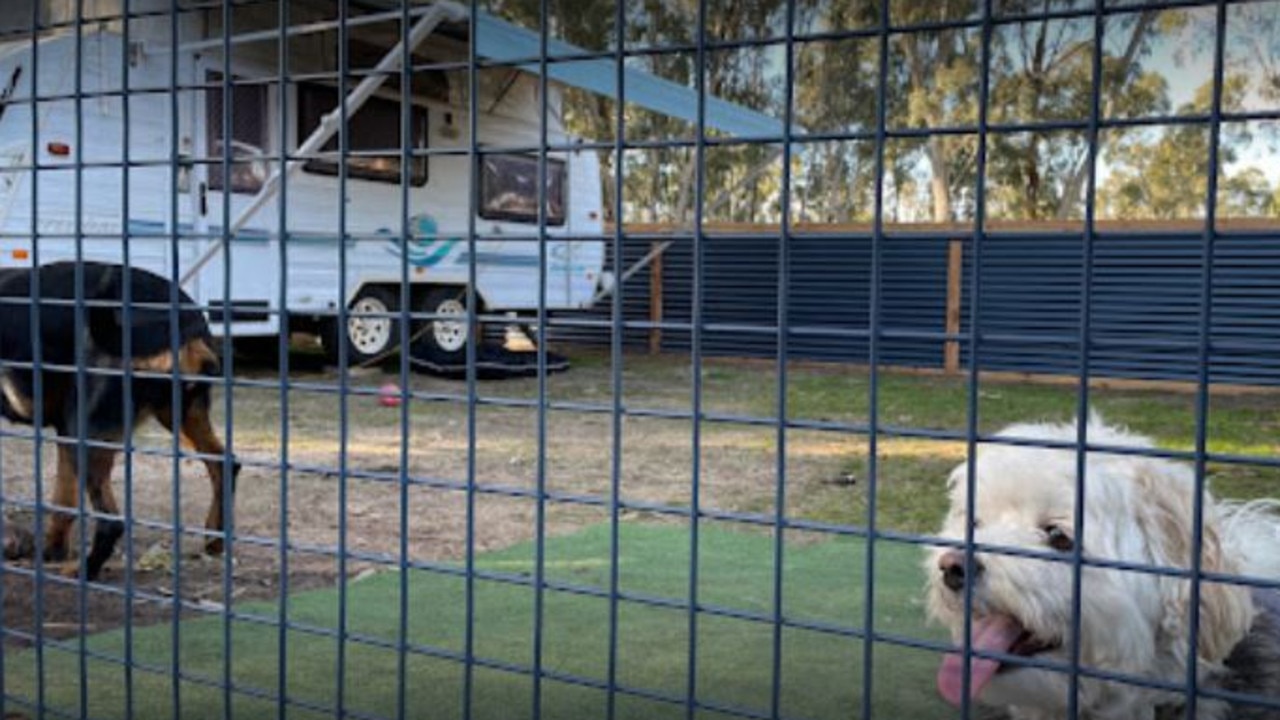 The Summit 1770 in Agnes Water, south of Gladstone, central Queensland, has three dog-friendly one-bedroom cottages, two fenced dog runs available to all guests, plus three powered sites with their own fenced dog pen.

Other caravan parks with dog enclosures