Residents who live near a 133-year-old inner-city Melbourne pub are protesting the proposed expansion of the venue, in a campaign that has raised nearly $20,000 in a month.

The group called, Preserving Middle Park Village (PMPV) have objected to proposed changes which would see Middle Park Hotel go from being an entirely indoors venue, to expanding to include a rooftop bar.

The historic pub is located 5km south of Melbourne’s CBD and was built in 1889. It was also the location of Crowded House’s first performance on May 31, 1986. 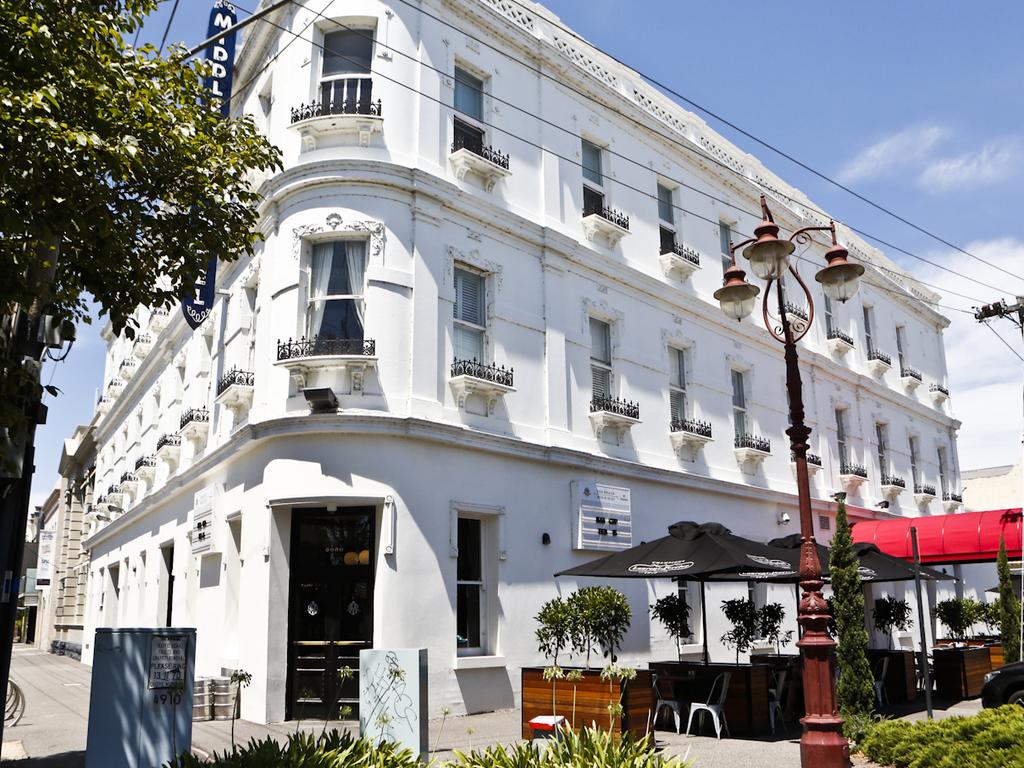 A GoFundMe created to support PMPV’s efforts has raised $19,400 to date, with one generous anonymous donor gifting the cause $7500.

“Overwhelming concerns of residents include excessive noise from an open-air rooftop music venue and 200 extra (560 in total) patrons decanting onto our streets late at night,” the group’s GoFundMe description reads.

The group says the funds will be used to challenge the proposed development which was partially approved by Port Phillip Council.

They have also “retained the services of an experienced barrister specialising in planning law,” and will engage with technically experts like acoustic engineers to strengthen this case.

The group, which is backed by a billion-dollar US global investment company, Kohlberg Kravis Roberts & Co, moved for changes to its permit that would allow the bar to remain open until 1am on weeknights and 3am for special occasions like the Grand Prix and New Year’s Eve.

Previously council had called for more rigorous guidelines and approved changes which would force the venue to close by 9pm on weeknights and 10pm on Friday and Saturday.

Currently the pub is open from 12pm to 10pm between Sunday and Thursday and trades from noon to midnight on Friday and Sunday.

Councillors also barred plans to allow live or amplified music and DJs to perform on the roof top.

“I don’t have an issue with the rooftop … but I know Middle Park is a very quiet area, where nothing much happens after 9 or 10pm,” said councillor Andrew Bond during the July meeting. 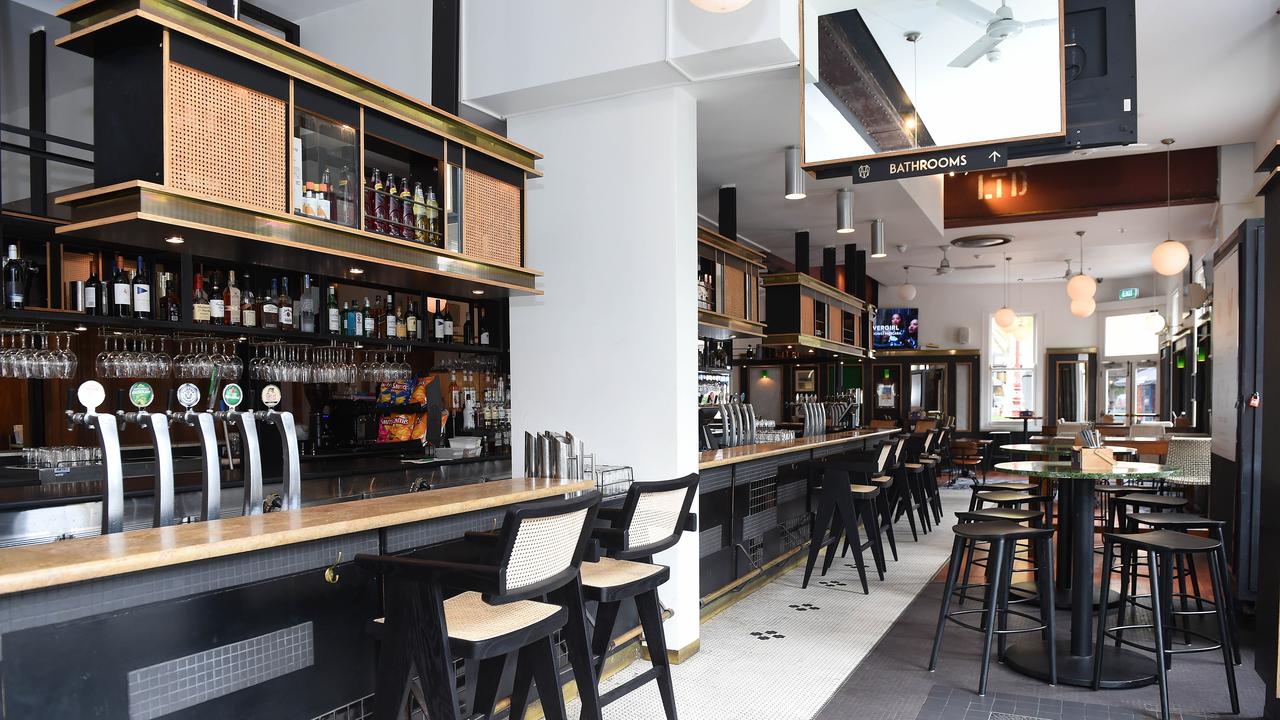 Pub owners would like to extend the venue trading times to after midnight on most nights. Picture: Josie Hayden.

A statement from Middle Park Hotel and Australian Venue Co. supplied to news.com.au said that the venue does not intend to become a “nightclub” but wishes to create a “food-led concept” aimed at locals.

“It is not a nightclub, but a stylish rooftop dining space that is designed for bringing friends and families together for high quality, relaxed dining experiences,” the statement says.

“The concept has been designed for the modern Middle Park family, and will complement the hotel’s historic bar, dining room and private dining room offering.”

The venue also said that their expansion proposal has taken into account advice from acoustic consultants and octave acoustic engineers which would minimise the sound impact of the extensions.

“These measures are based on modelling which takes into account background, music and patron noise levels,” the statement continues.

“Being a good neighbour is important to us.” 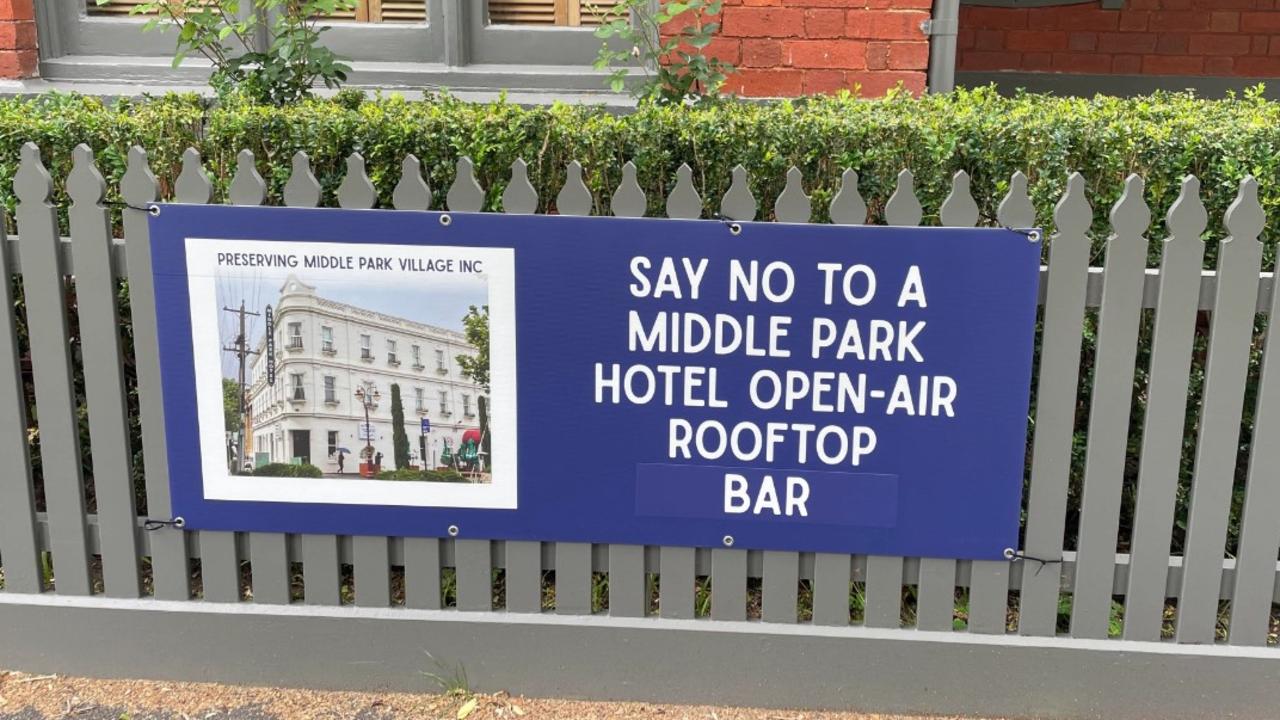 On Reddit, a user sparked vigorous discussion when they shared a photo of signs from PMPV, with a caption that was highly critical of the protest.

“People who live near a pub that’s been open for 130 years and then complain about said pub are the worst kind of human,” they wrote.

“Saw this on my regular arvo walk yesterday in Middle Park. What can I do to let these people know they’re in the minority? A rooftop at this pub would be excellent.” 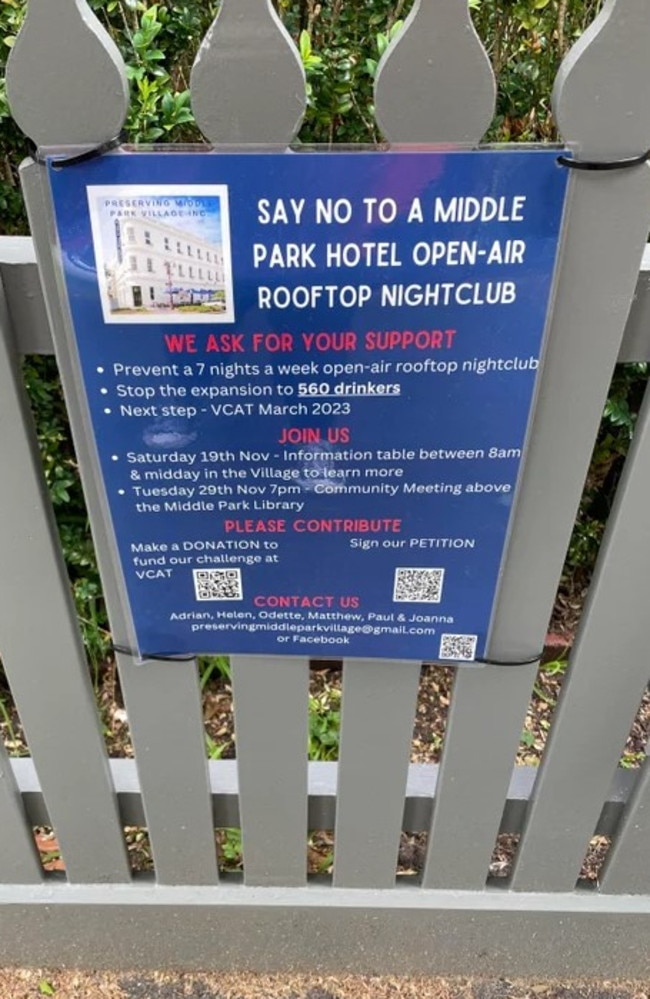 Signs from the PMPV asked the Middle Park community for their support. Picture: Reddit.

However, comments responded overwhelmingly in support of the neighbourhood group, with users sharing their negative experiences living near similar venues.

“I can tell you from personal experience it’s not fun living next to a bar / nightclub that opens until 3am,” one comment read.

“The restaurant one block down the street where I lived changed owners and became one such venue, and it wrecked our sleep quality.

“A rooftop beer garden is one thing but suddenly adding music and performing spaces is a little bit different,” shared another user.

“They aren’t moving into an area with an already existing pub or club and whining, the pub is essentially building a new venue.”