Police are at the scene of a climate protest, after “rebels” glued themselves to the ground and vandalised a building.

On Saturday afternoon, protesters from the South Australian branch of Extinction Rebellion threw black paint over the Santos building, as they chanted “dump Santos” next to Tour Down Under festivities. 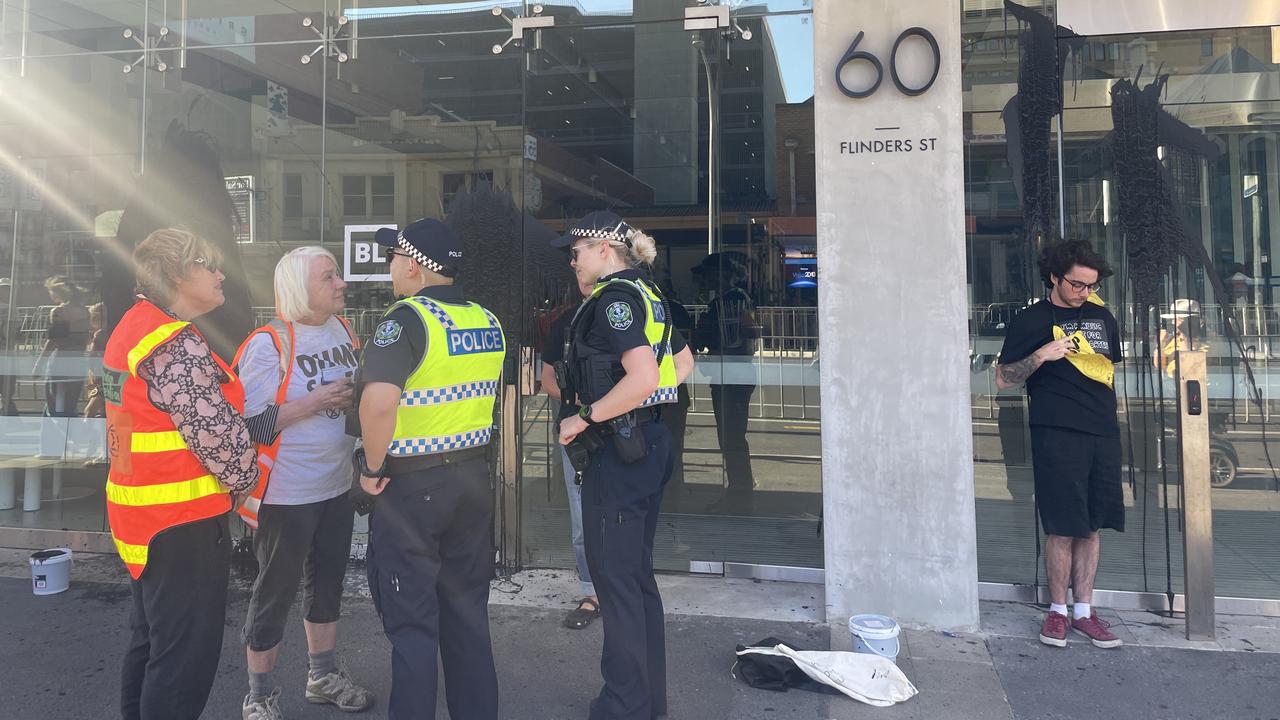 Police are on the scene as protesters chant next to Tour Down Under festivities. Picture: Isabel McMillan

Santos is a major sponsor of the cycling event, which has been underway in South Australia since January 13.

Extinction Rebellion members previously announced they had planned disruptions during every day of the race, urging the event to drop mining giant Santos as their main supporter. 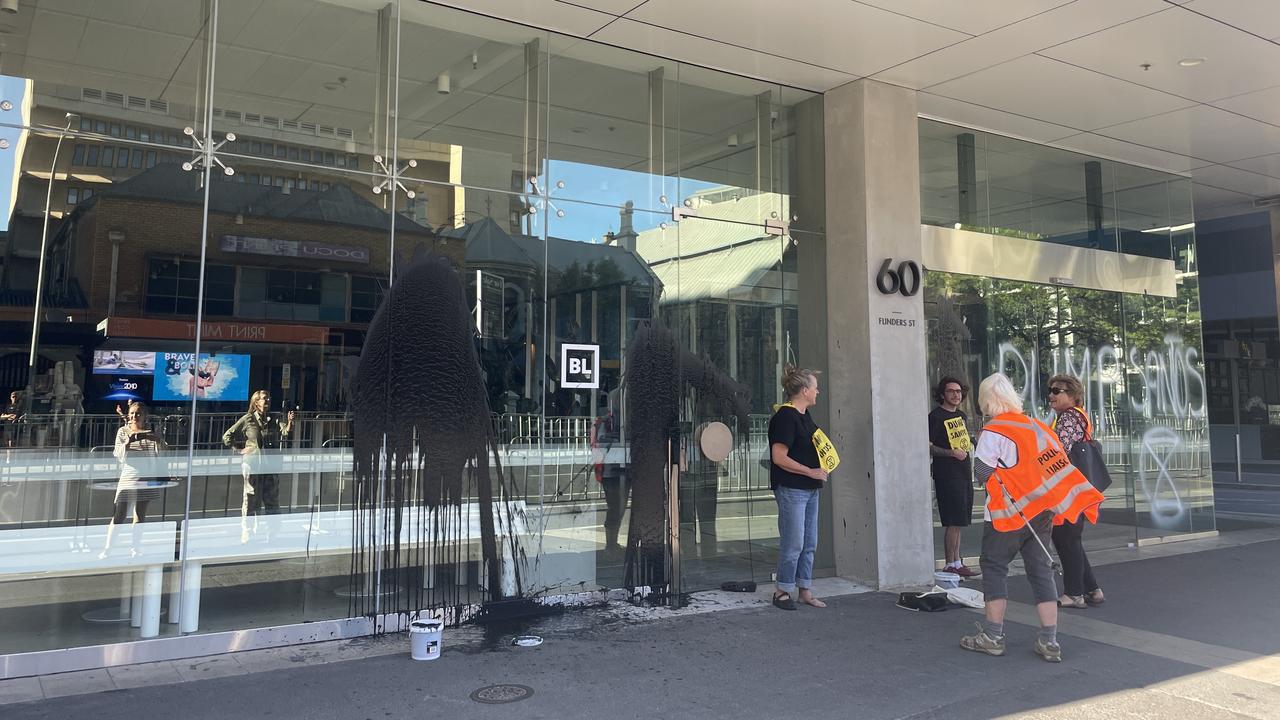 Rebels have covered the windows of the building in black paint. Picture: Isabel McMillan

Rebel spokesperson Chris Johnson told NCA NewsWire activists are willing to escalate their activity at future events to get the message across.

“If the South Australian Government doesn’t drop Santos as a sponsor this year, then we don’t have many other choices beyond escalating,” Mr Johnson said.

“And that could mean stopping the race, we have people that are prepared to do that.

“We don‘t want to get to that point, but people are willing to do it.”

“We believe that Santos is leveraging the sports sponsorships that it has to create social consent for dangerous new fossil fuel projects in the midst of the climate crisis.”

He said three activists had taken “arrestable action,” including covering the windows of the building in black paint, spray painting messages on the building and glueing themselves to the pavement.

“We are always concerned about the safety of people who are involved in our actions and the people around our actions as well,” Mr Johnson said. 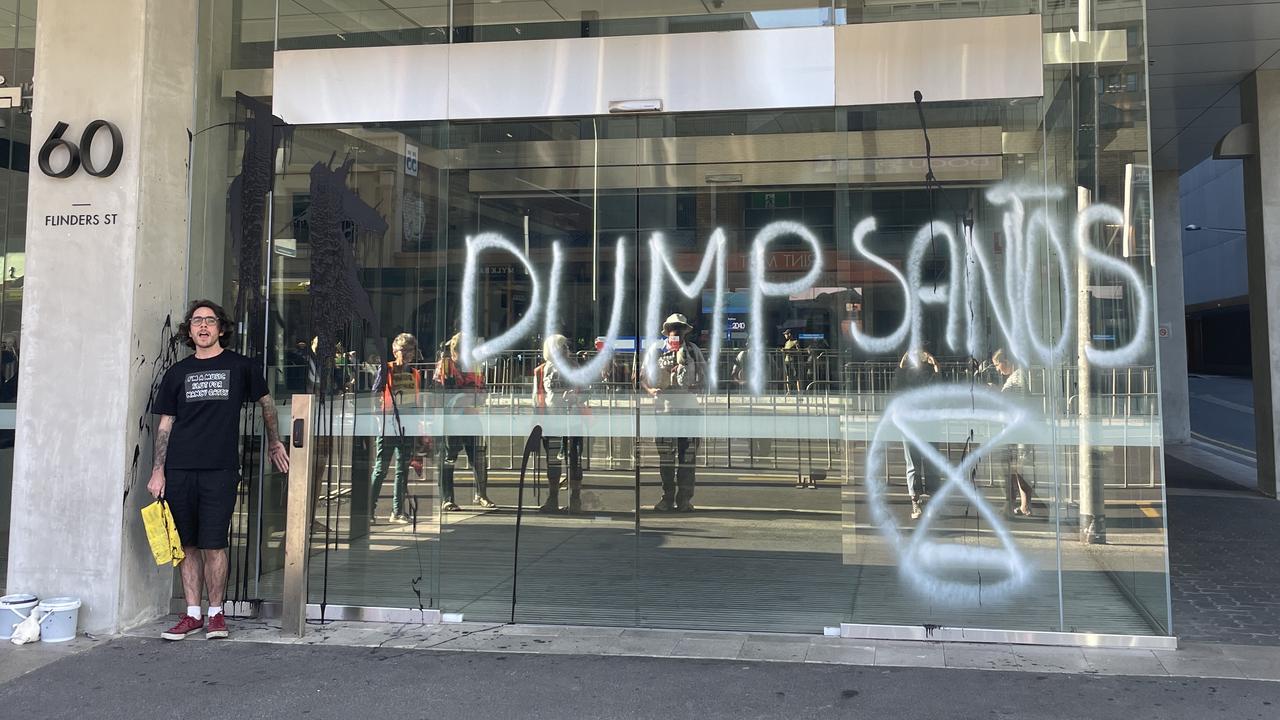 “Our intentions this year have been very clear, which is that we are disrupting Santos at Tour Down Under,” Mr Johnson said.

“We‘ve targeting the Santos building – the race is still going ahead.

“But it‘s a sign of what people are prepared to do and how concerned people are about the climate crisis.”