More than a hundred protesters have gathered outside court as a climate activist who blocked the Sydney Harbour Bridge is set to fight her prison sentence.

Earlier this month Deanna “Violet” Coco was sent to prison for a minimum of eight months after pleading guilty to seven charges, including using an authorised explosive not as prescribed, possessing a bright light distress signal in a public place, and interfering with the safe operation of a bridge.

The 31-year-old immediately applied for bail on the basis of an appeal but Magistrate Allison Hawkins denied the application.

Now the application is set to be heard in the NSW District Court, with more than 100 people gathering outside the Downing Centre on Tuesday ahead of the hearing.

The protest heard from a range of speakers, including Greens senator David Shoebridge, multiple unions and indigenous activists. 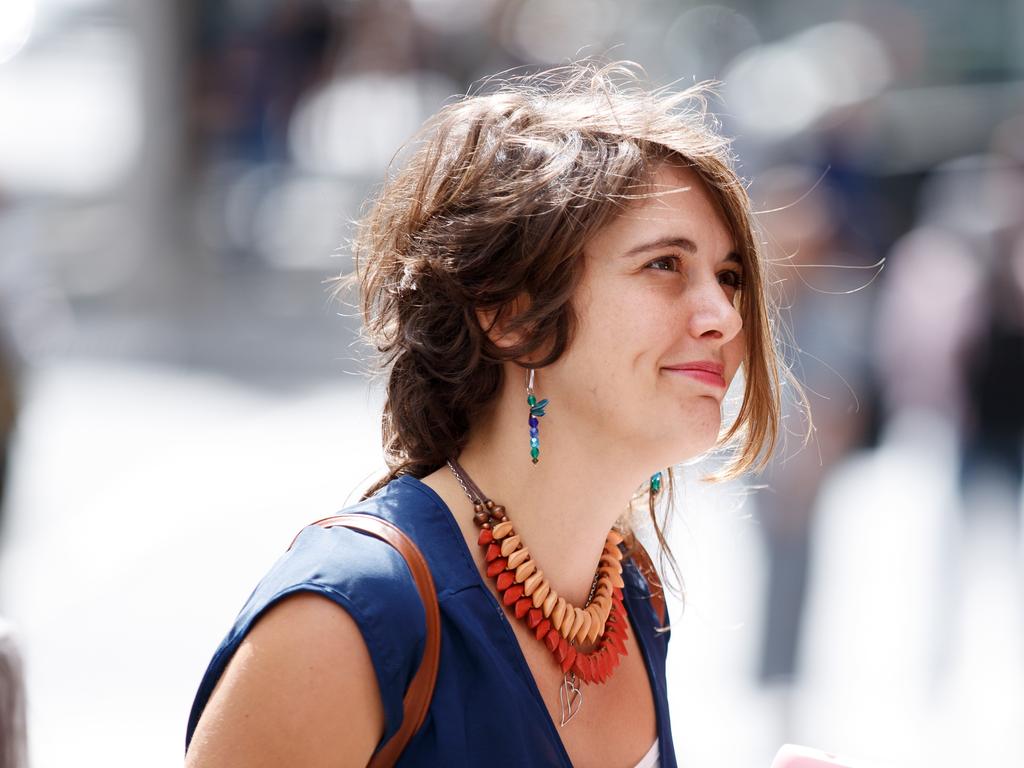 “The government has given half a million dollars in hand outs to fossil fuel companies,” Mr Shoebridge said.

“Protest isn’t the crime. The crime is in government. They should be in court, not activists.”

Maritime Union member Paul Keating told the crowd “the struggles of all working people are connected”.

He said the laws affecting Coco are the “most authoritarian laws” the country had ever seen.

The matter was briefly mentioned in court on Tuesday morning as a supporter held an Aboriginal flag up at the back of the court.

At 8.30am on April 13, Coco drove a large hire truck along the Cahill Expressway on the Sydney Harbour Bridge and purposefully blocked a lane during peak hour, according to court documents seen by NCA Newswire. 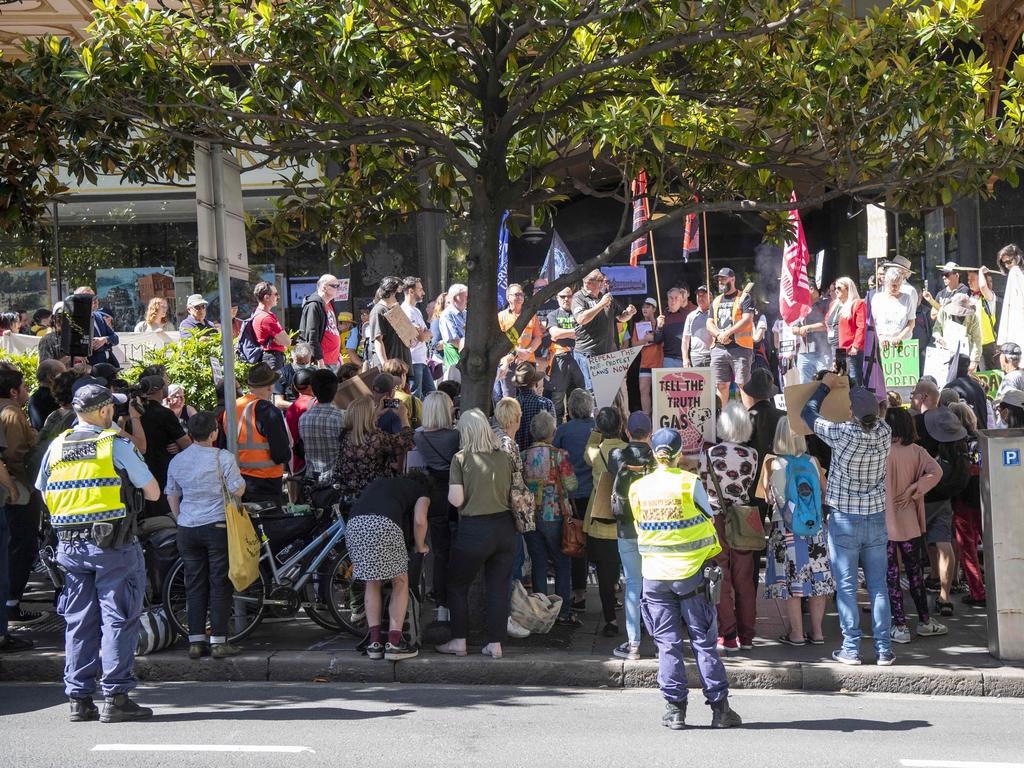 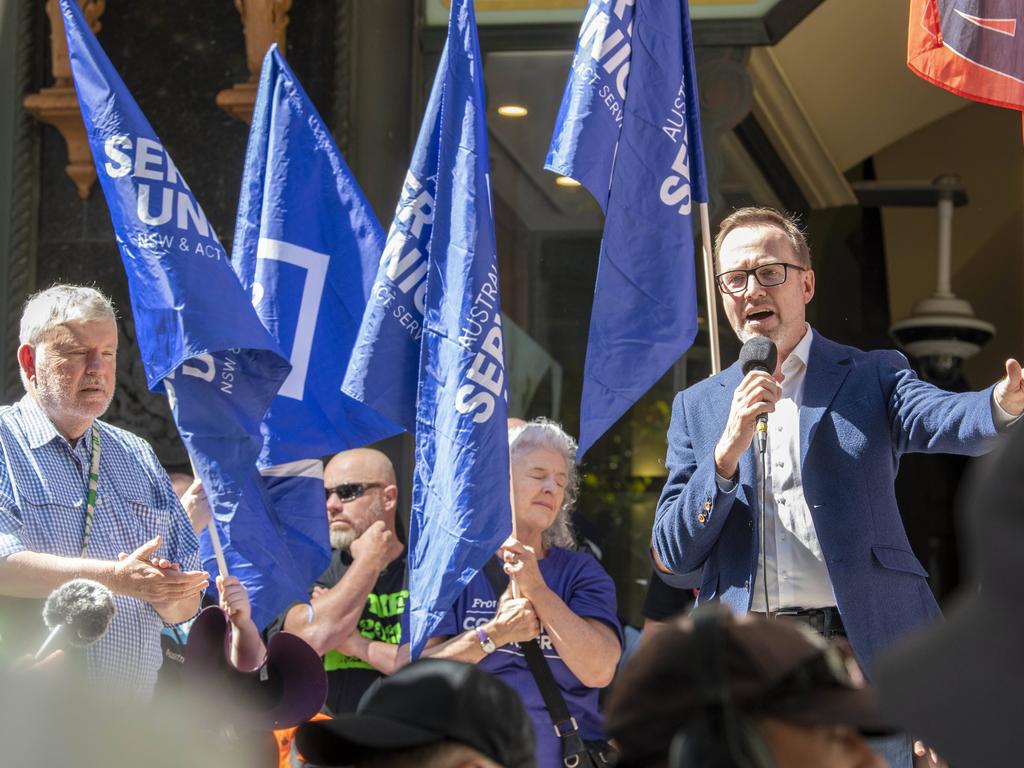 Greens Senator David Shoebridge was among the speakers at the protest. Picture: NCA NewsWire /Simon Bullard

While the truck was obstructing traffic, she stood on top of it, held a lit emergency flare and livestreamed the event.

After 25 minutes, police arrived and forcibly removed the protesters from the iconic Sydney landmark, with Coco resisting arrest.

According to court documents, Coco “was laying limp”, prompting police officers to forcibly remove her to the police vehicle.

The protest stopped a NSW Ambulance which had deployed its lights and sirens from attending an emergency.

“The actions today have not only caused serious disruption to peak-hour traffic, but this imposition to traffic prevented an ambulance responding to an emergency under lights and sirens as it was unable to navigate through the increased heavy traffic as previously mentioned,” the documents stated. 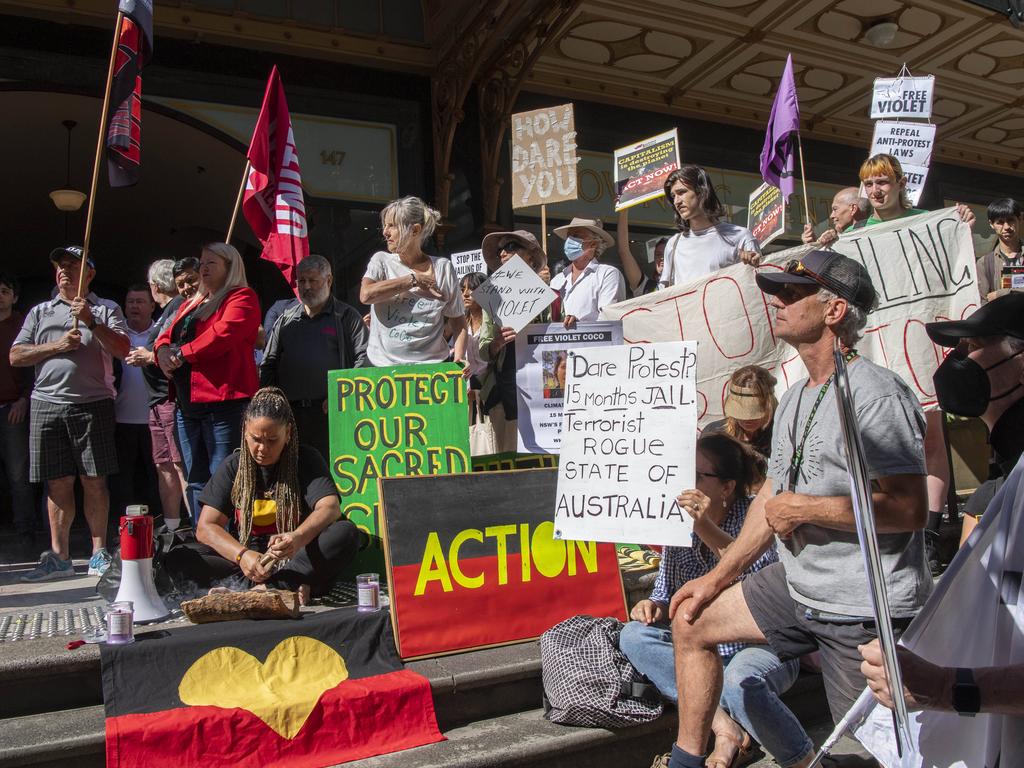 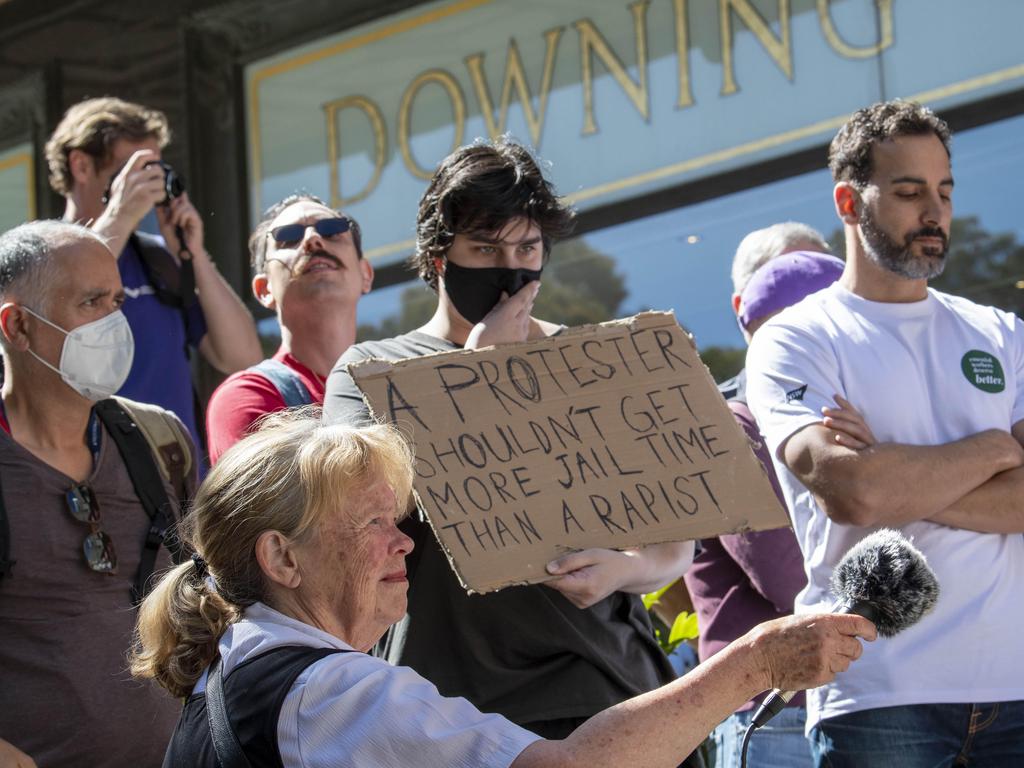 “This imposition to a critical emergency service has the potential to result in fatality.”

During her sentencing on December 2, defence lawyer Mark Davis told the court a “salient fact” in Coco’s case was that she only blocked one lane on the Sydney Harbour Bridge when there were five.

“To put it simply, the traffic may have still been moving, there was no suggestion there was backup of traffic,” he said.

The court was told Coco suffered from “serious anxiety surrounding climate change” and her actions were personally motivated, as her boyfriend had been arrested for a similar protest on a football field.

Mr Davis said his client was in a “high state of emotion” and would not have ordinarily conducted the offence.

Ms Hawkins questioned Mr Davis’ defence: “Normal members of the community going to work and going about their ordinary business are not entitled to being disrupted because she’s in a high state of emotion.”

The defence lawyer said climate change anxiety was the “most prevalent anxiety” in Coco’s generation. 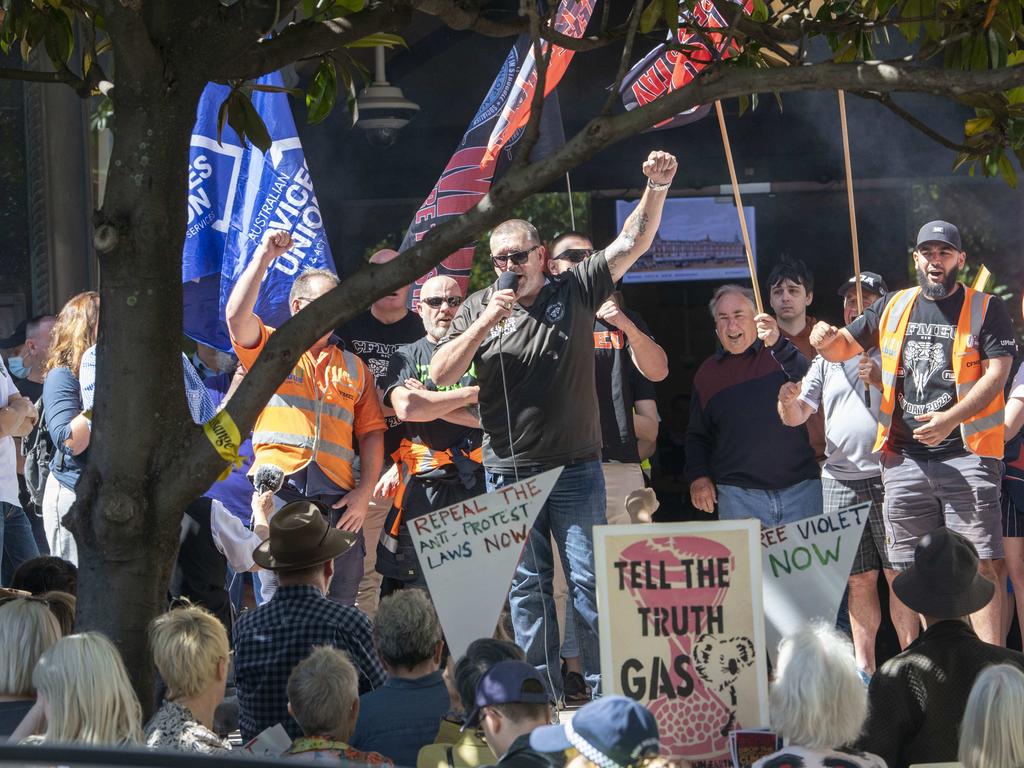 “There may be an overwhelming threat of doom, they sense they aren’t being heard, the government isn’t doing enough, it’s leading to these types of actions,” Mr Davis said.

Ms Hawkins found there was an “intended element of planning” in Coco’s offending.

“You knew this was illegal, you knew you would be arrested and you knew there would be consequences,” the magistrate said.

Ms Hawkins told Coco she let an “entire city suffer” due to her “emotional reaction” and failed to take into account the other people she affected.

She said the 31-year-old’s actions deserved condemnation from both the court and the community.

“You do damage to your cause when you do childish stunts like this. Why should they be disrupted by your selfish emotional actions?” Ms Hawkins said. 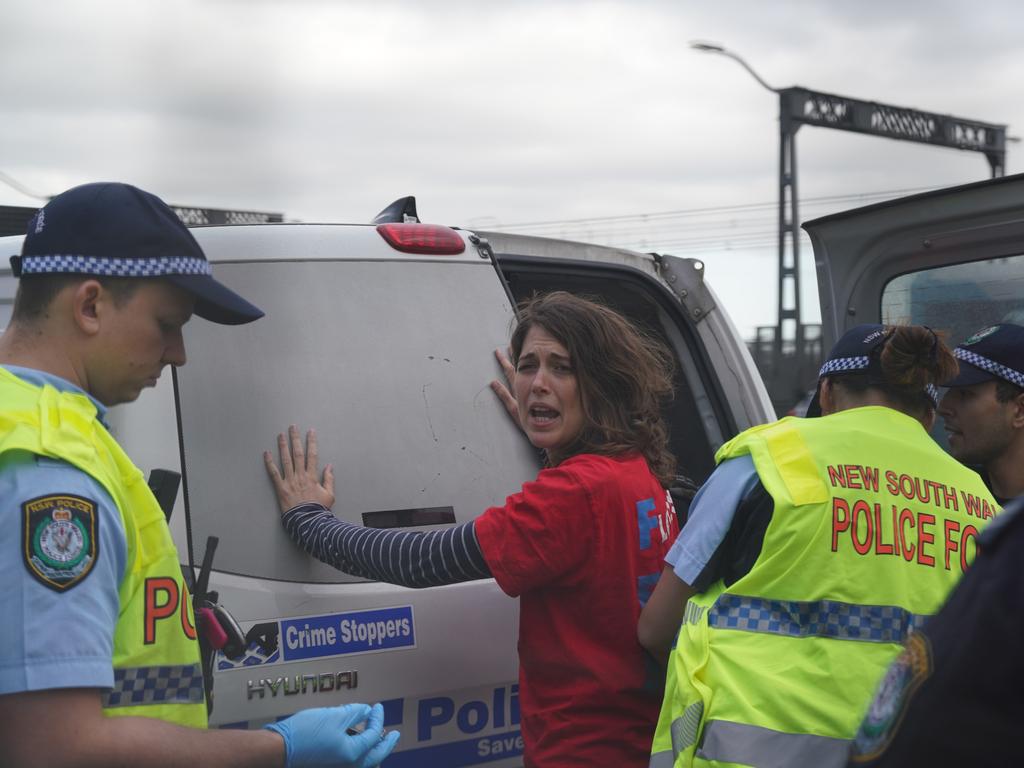 “You are not a political prisoner, you are a criminal.”

Coco was convicted and sentenced to 15 months imprisonment with a non-parole period of eight months.

She hugged her mother and friend before she was handcuffed and led out of the court by two corrective services officers.

Her legal counsel immediately filed a sentence appeal and appeared before the same magistrate for a bail application while the appeal was waiting to be heard.

Coco is a serial protester and a member of climate activist groups such as Extinction Rebellion and Fireproof Australia.

She has been before the courts previously for rallying against a mining operation while topless and for setting fire to a pram outside Parliament House.