A pregnant woman was allegedly repeatedly punched in the head in a dispute over a line at a gaming arcade.

A 37-year-old woman from Sydney was queuing at Timezone at Surfers Paradise, in Gold Coast, with her husband and two children when staff asked her to come forward.

Another woman claimed she was there first so the family let her through, but the woman continued to make rude remarks and gestures towards them, Queensland Police say. 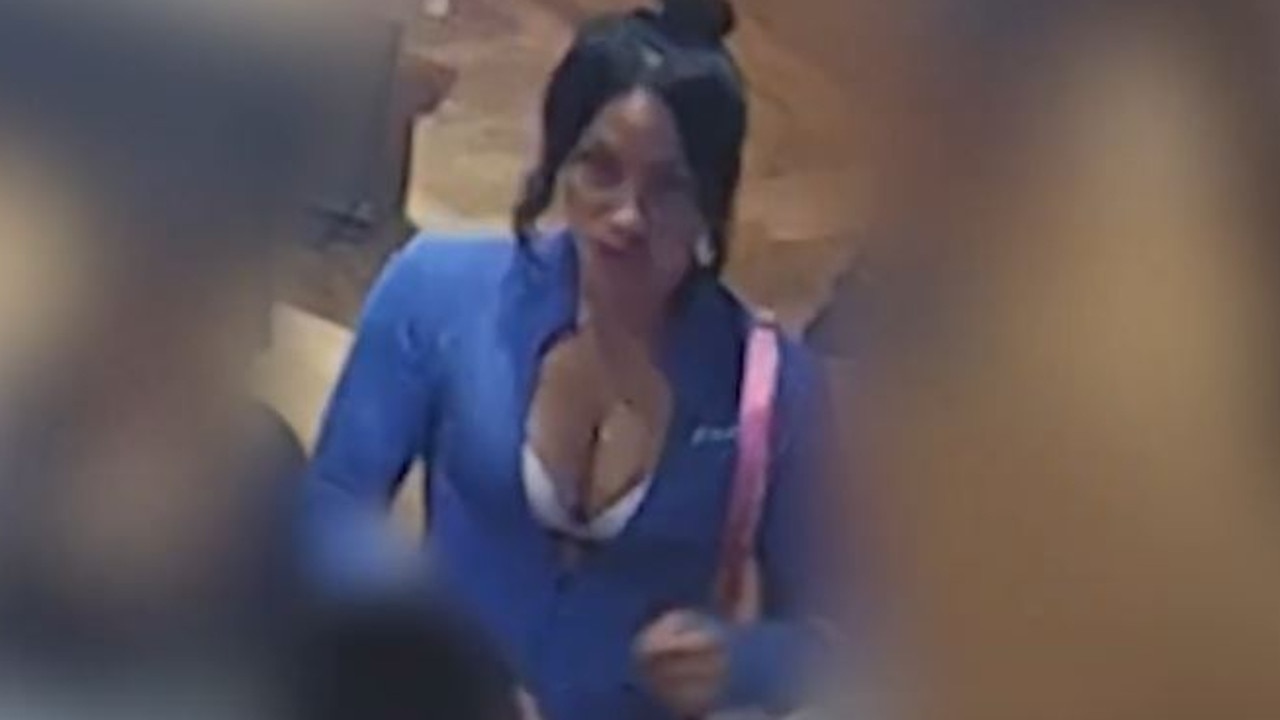 Police are searching for this woman after a pregnant woman was punched in the head seven times in a Surfers Paradise gaming arcade. Picture: Queensland Police

The woman then swore, leading the five months’ pregnant woman to ask her to stop.

Police say the woman left, but returned not long later and hit the pregnant woman in the head seven times.

The pregnant woman was left needing dental surgery after suffering serious injuries to her face.

Police have issued images of a woman they would like to speak to. Police would like to speak with this woman. Picture: Queensland Police