Jetstar passengers flying to Cairns were left stranded and confused overnight in a Japanese airport after a snowstorm grounded flights.

At least 250 passengers were forced to set up camp at a gate in Kansai Airport in Osaka, Japan for 18 hours after the boarding time of their flight was pushed back repeatedly.

Travellers said they were left in the dark for hours after their 9pm flight was delayed on Wednesday night. 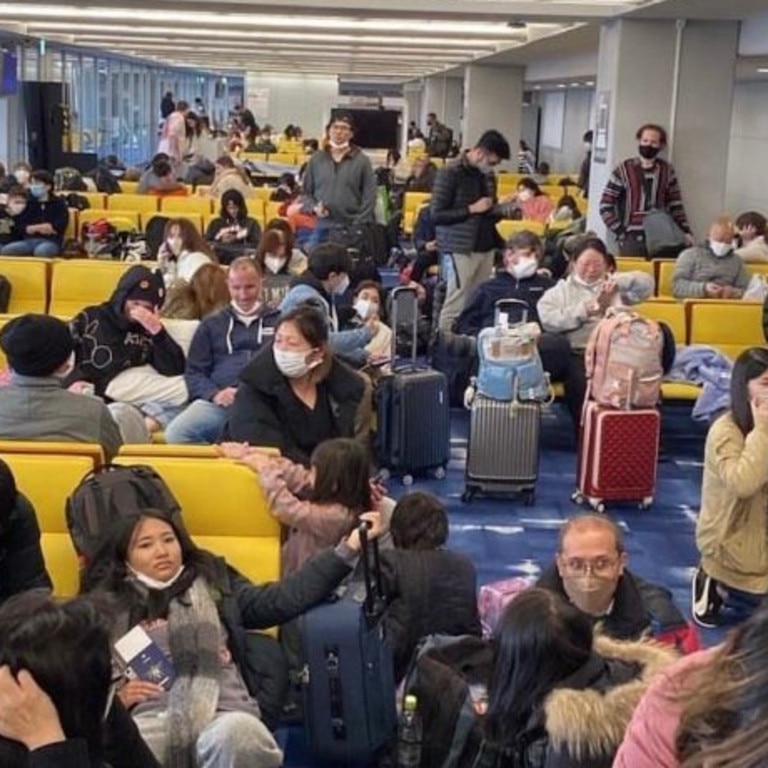 The airport was forced to delay flights after a massive snowstorm. Picture: Twitter 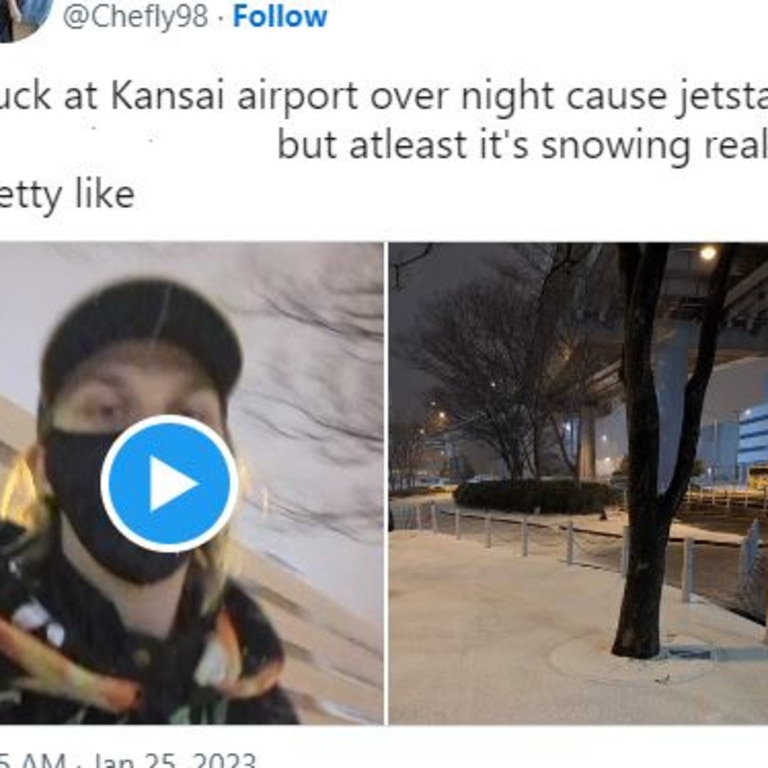 A spokesman for Jetstar told Nine News their crew were unable to reach the airport and customers were also unable to leave the airport.

The passengers took to social media to vent their outrage as the hours ticked on without answers. “Was actually so feral, and it’s left us trapped in Kansai Airport cause we were delayed so long.”

“24 hours at #Osaka airport and counting,” another passenger posted to Instagram alongside a photo of hundreds of people strewn over the terminal gate furniture.

Passengers slept on the floor and on the uncomfortable airport chairs and were left starving after the airport restaurants had closed for the night.

Finally at 4am the following morning, muesli bars, food vouchers and blankets were handed out to the passengers.

“All we have been given is a blanket, one ten dollar voucher and some water,” the Twitter user wrote.

“We’re cold, tired and starving. We cannot leave and we need help.”

The flight is due to board on Wednesday afternoon and land in Cairns later that evening.