CCTV footage shows the moment a light plane crashed into a parked car at a Sydney racecourse.

The small Piper 3, which had taken off from Bankstown Aerodome just minutes before losing power, landing and skidding for several metres, and partially crushing a Mazda.

The incident occurred around 11.30am on Saturday, startling customers at the Bankstown Raceway.

Miraculously, no one was injured. 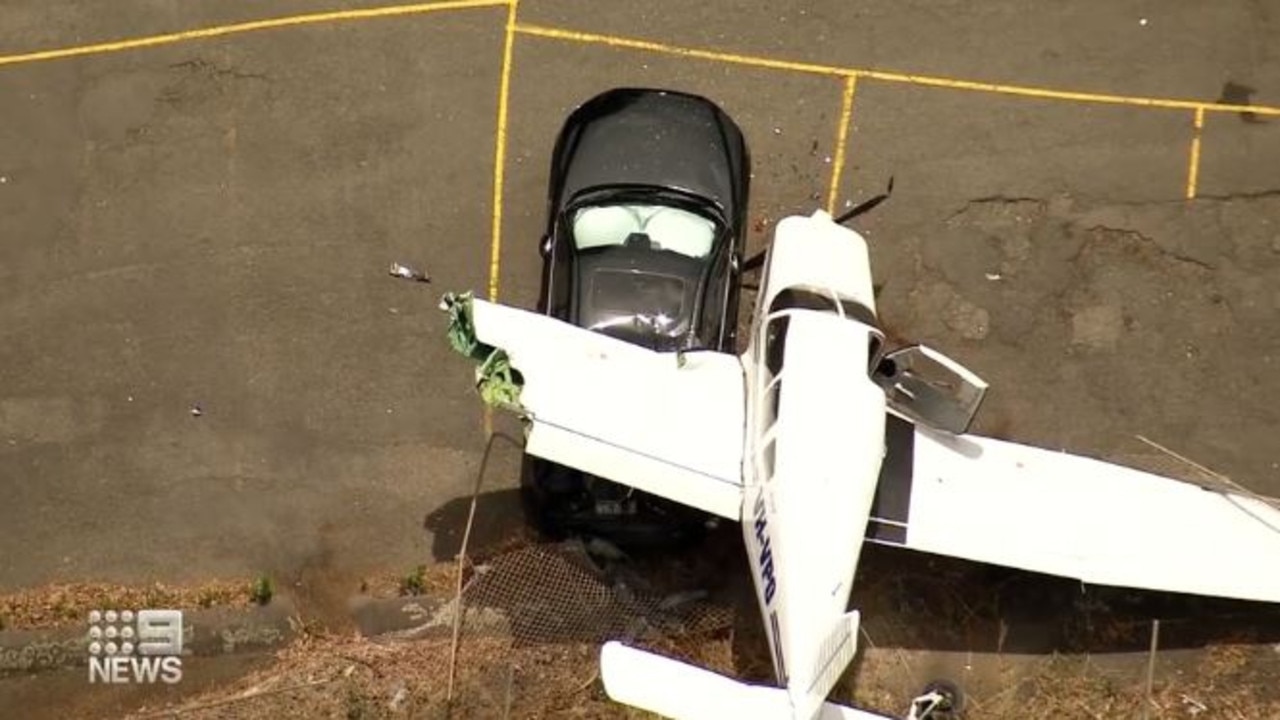 The aircraft got into trouble moments after taking off and tried to land on the nearby Bankstown Racing club. Picture: 9 NEWS 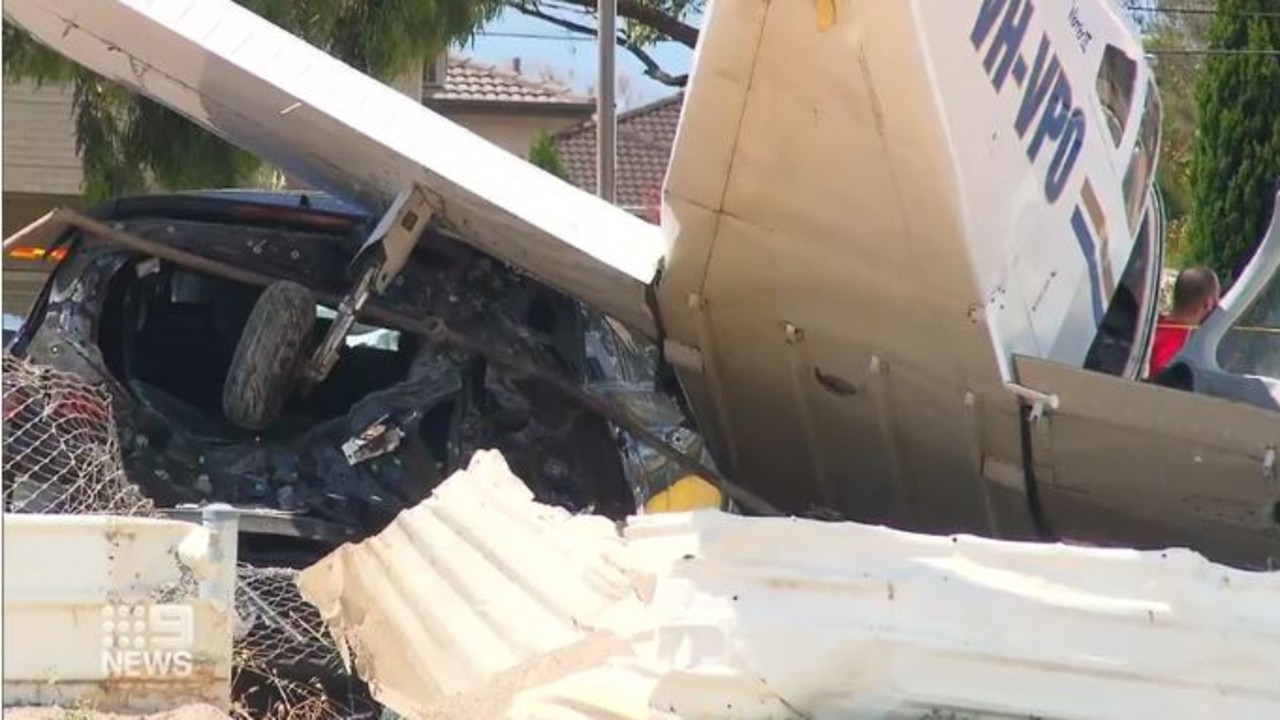 Thankfully, no one was injured. Picture: 9 NEWS,

The pilot, believed to be 28, told witnesses he was a newlywed and was expecting a child.

He was treated for shock, but had no major injuries. 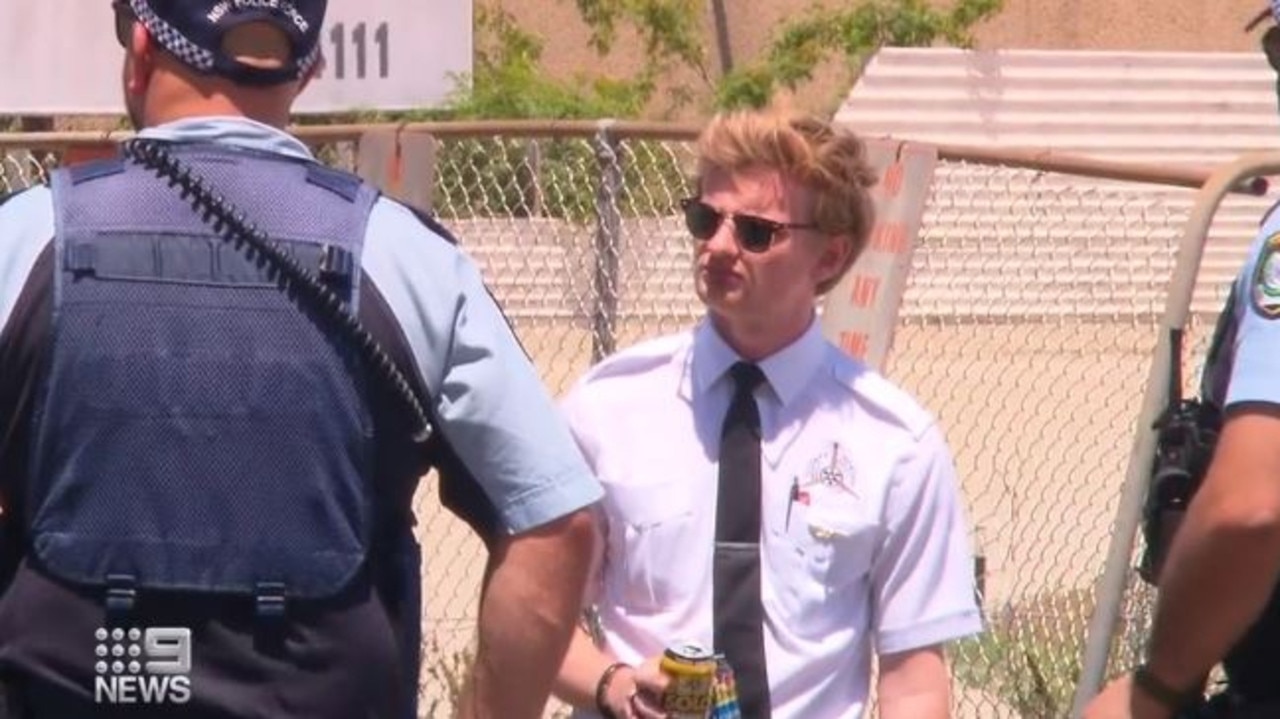 The pilot was treated for shock, but was otherwise uninjured. Picture: 9 NEWS, 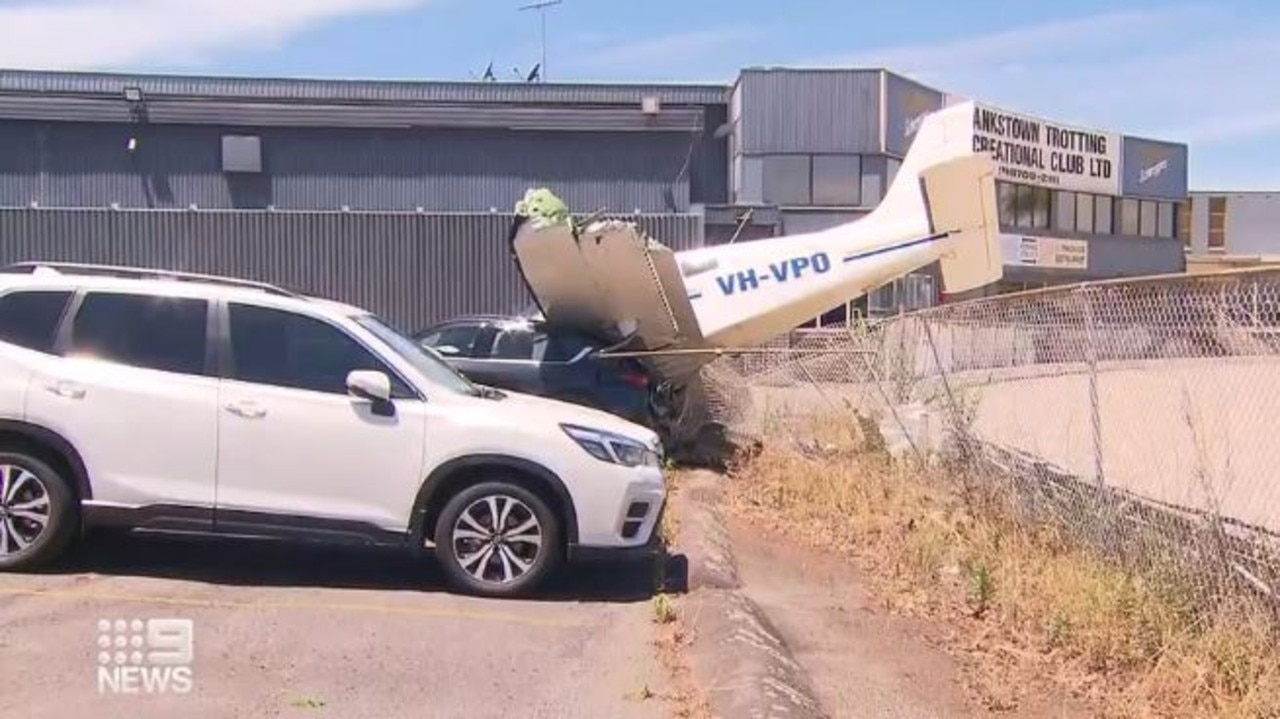 Police have handed the scene over to the Australian Transport Safety Bureau. Picture: 9 NEWS,

The owner of the damaged vehicle was inside a nearby club at the time of the incident.

The plane was towed from the scene, with police handing the investigation over to the Australian Transport Safety Bureau.

The bureau has not yet launched a full-scale investigation. 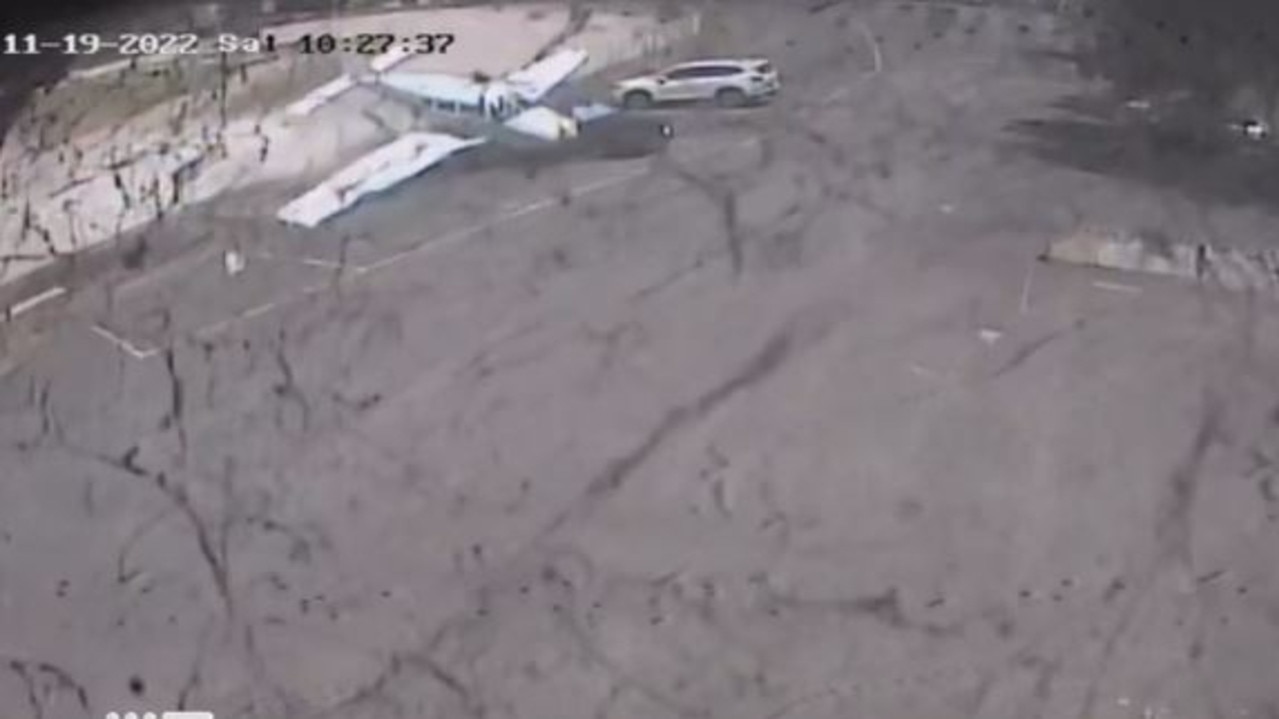 The bureau will collect more information before deciding whether to launch an investigation. Picture: 9 NEWS,