The series of images, posted to Facebook, aims to educate swimmers about the risks of entering open water during the warmer months.

So far this summer, 26 people have already drowned across the country, according to the Royal Life Saving summer drowning toll.

Rip currents are noted as the biggest danger for those entering the water but can be avoided through education, according to the post. 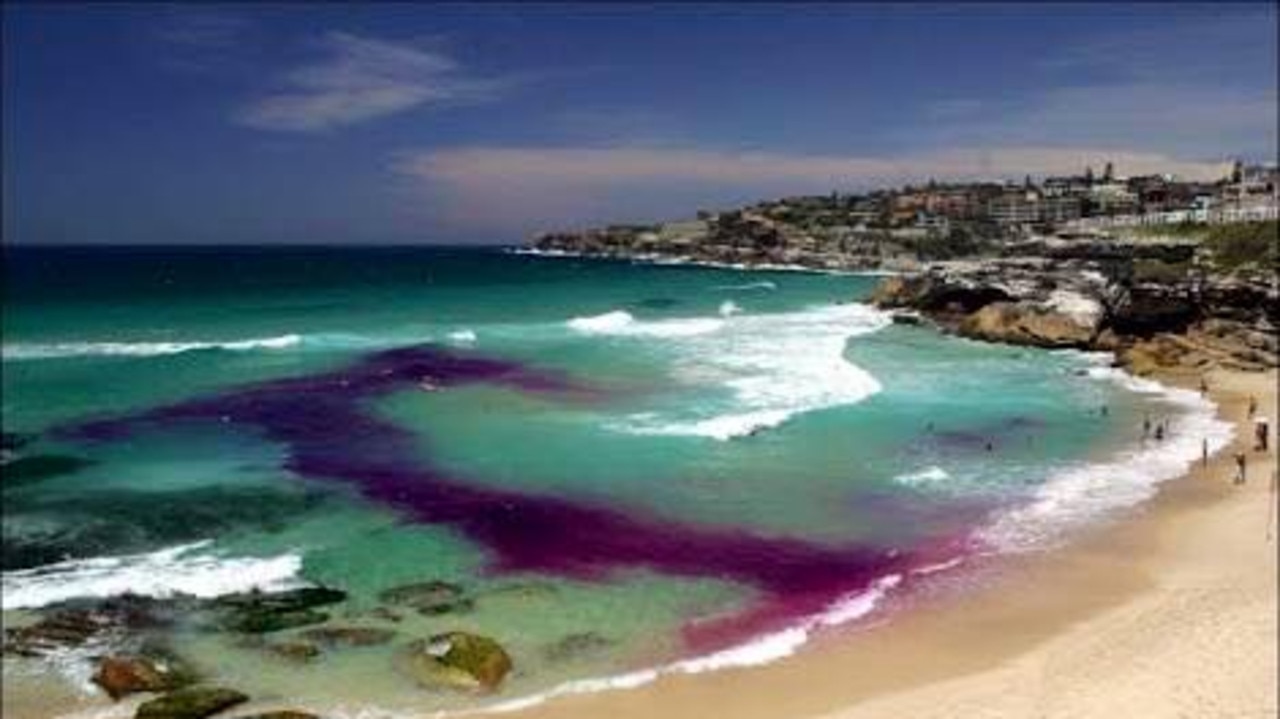 Purple dye shows how a rip moves water across a beach.

“The easiest thing to remember is that often the safest/calmest most enticing looking area along a beach is usually a rip,” the post read.

“All that water coming in via waves has to go back out somehow, this is what a rip is.”

One image shows how purple dye distributes in a rip.

In the image, the dye is tens of metres from shore in a T-shape.

A rip typically occurs near beaches with breaking waves. The powerful current flows away from the shore.