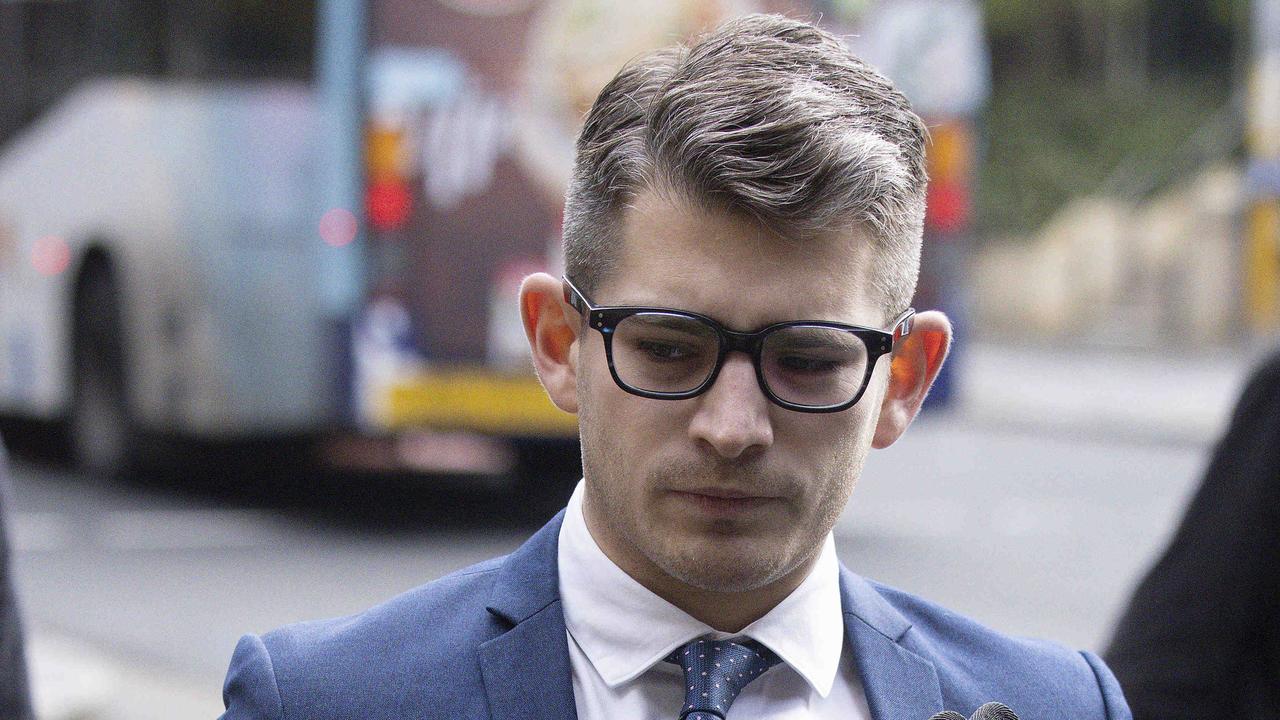 A taped phone call and traces of DNA led police to charge a former Today Show producer with raping a woman at his Bondi home, a court has heard.

An intercepted phone call and DNA evidence led police to charge a former producer for the Today Show with the sexual assault of a woman at his Bondi home last year.

Thomas Joseph Nicol appeared in Sydney Downing Centre on Friday after pleading not guilty to engaging in sexual intercourse without consent.

Police allege the former high flying television producer sexually assaulted the woman after a night out on January 29, which the court has heard involved heavy drinking and cocaine.

Police allege Mr Nicol had non-consensual sex with the complainant in the early morning before withdrawing his penis and ejaculating on her chest.

On Friday, senior forensic biologist Rebecca Williams gave evidence that Mr Nicol’s DNA had been detected on the woman’s chest, in her hair, in her mouth, and that the alleged victim had presented to hospital with a vaginal injury.

She analysed the alleged victim’s sexual assault investigation kit as part of her expert role at the NSW Health forensic and analytical science service.

Ms Williams told the court testing revealed traces of semen on the woman’s upper torso, where she alleged Mr Nicol had ejaculated.

The court heard analysis of the sperm cells showed they could be attributed to Mr Nichol and the woman’s boyfriend, with whom she’d had consensual sex on January 28.

“In my opinion, it is more than likely that both samples came from sperm,” Ms Williams said.

The court heard analysis of the sperm cells showed they could be attributed to Mr Nichol and the woman’s boyfriend, with whom she’d had consensual sex on January 28.

“In my opinion, it is more than likely that both samples came from sperm,” Ms Williams said.

The court heard Mr Nicol allegedly wiped the woman’s body with an antibacterial wipe after ejaculating, which the prosecution suggested may have led to his smaller contribution.

Mr Nicol’s DNA was also linked to the semen found in the woman’s hair, and was found on a swab taken of the alleged victim’s mouth.

Defence lawyer Phillip Boulten suggested the DNA may have come from a kiss between Mr Nicol and the woman at 1am, but the forensic biologist explained saliva was unlikely to be detected in the mouth 10 hours later.

“In my opinion, it’s most likely that the DNA originates from sperm cells even though none were found (in her mouth),” she said.

Ms Williams told the court it was possible Mr Nicol’s DNA could have been transferred from one part of the woman’s body to another or from fabric to her body through contact.

The lab was not provided with samples from the alleged victim’s hands or clothing to test for DNA.

The officer in charge of the investigation, Steven Winter, told the court police had decided not to test Mr Nicol’s clothing, bedding, or sheets from the night of the alleged assault due to the time that had elapsed.

The phone call took place around 6pm on February 1, just days after the alleged sexual assault.

Police lawfully tapped the call, during which the court heard both parties “were saying there had been some sexual connection” in a bedroom at Mr Nicol’s house in Bondi.

Detective Winter said police had not interviewed Mr Nichol’s housemate in the course of the investigation.

Mr Nicol was arrested on February 9, 2021, after the results of the DNA tests had been returned to police.

The trial will continue on Monday when Mr Nicol’s defence team will begin their case before Judge Jennie Girdham SC.