The “perfect storm” that wreaked havoc on Australia’s construction industry is showing signs of easing, but the sector’s top body still predicts a tough road ahead.

There was a 5.2 per cent drop in the construction of new homes over the September quarter — down 21.2 per cent since September 2021, data from the Australian Bureau of Statistics shows.

But the demand to complete existing projects remains at a record high, with almost 250,000 homes already under construction.

According to Master Builders Australia CEO Denita Wawn, the home-building crisis is easing, but finding tradies to build homes on time is still a struggle. The home-building industry fell into turmoil amid a supply chain crisis, skyrocketing materials costs and a severe labour shortage – causing some of the industry’s major players to go bust.

Materials shortages are beginning to ease as supply chains normalise, but hiring a tradie is still a difficult task.

Construction had some of the largest labour shortages in the country as of August 2022, with almost a third of businesses reporting job vacancies.

Master Builders estimates an immediate shortage of 80,000 tradespeople, with more than 470,000 needed to enter the industry in the next 4.5 years if demand is to be met.

With apprenticeship completion rates hovering at a low 55 per cent, though, it’s expected that some 350,000 people would need to start training to hit the target.

Tim Reardon, chief economist for the Housing Industry Association, said the skills shortage was profound but not new.

“We are dealing with the most severe skills shortage on record. It’s across all states and territories, and across residential, commercial and civil construction,” he told news.com.au.

“The return of skilled migration will ease the skills shortage, as well as a slowing of building activity, but we’ve had a shortage of skilled trades through all of the last 20 years. Attracting people to the industry is a real challenge.”

As building activity slows, demand for skilled labour will remain high, as renovation activity is not expected to wane, Mr Reardon added. 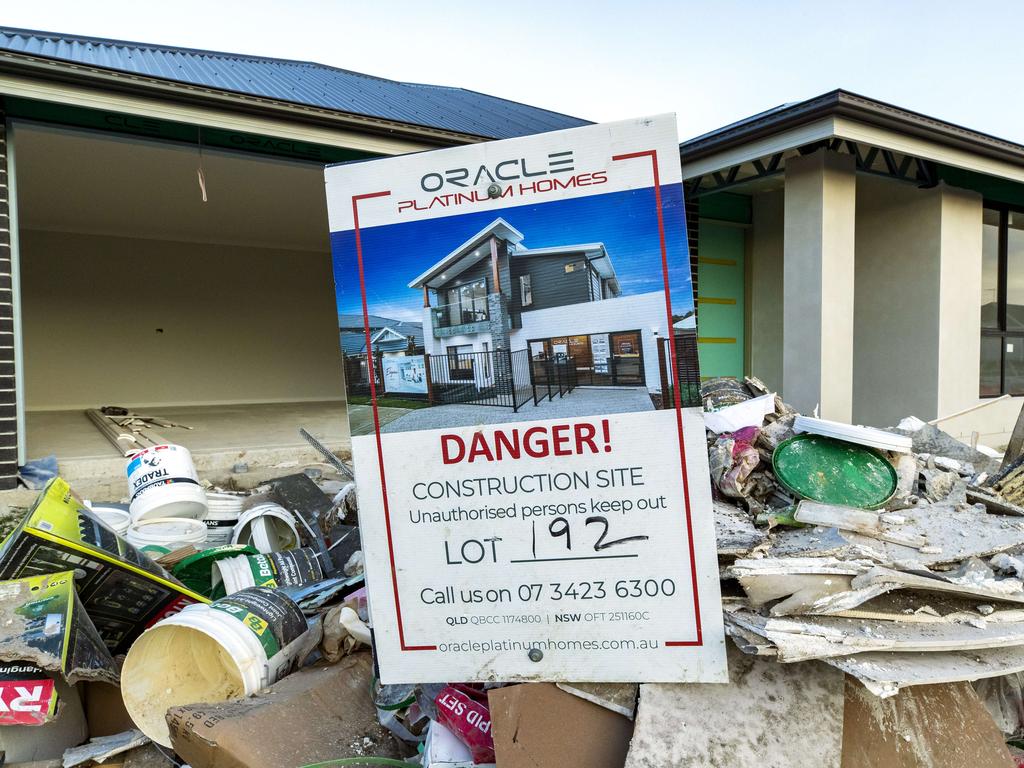 Hundreds of Aussies were left without roofs over their heads as major construction companies fell under. Picture: Richard Walker

Hopeful homeowners left in the lurch

One Aussie left in the lurch by construction failures was Gold Coast mum Tara Ferguson, who in May last year faced living in a tent with her family-of-five after one of Queensland’s largest building companies collapsed — all while Ms Ferguson was pregnant.

Ms Ferguson and her partner signed on with construction company Pivotal Homes in March 2021, but their dream of breaking free of the rental cycle came crashing down when the company delayed the project several times, before filing for bankruptcy.

The unfinished property was passed to a new contractor, and this week – nearly two years after the saga began – Ms Ferguson was finally given the green light to move in.

“There’s still some minor work to be done, like touching up the paint and installing some finishings,” she told news.com.au. 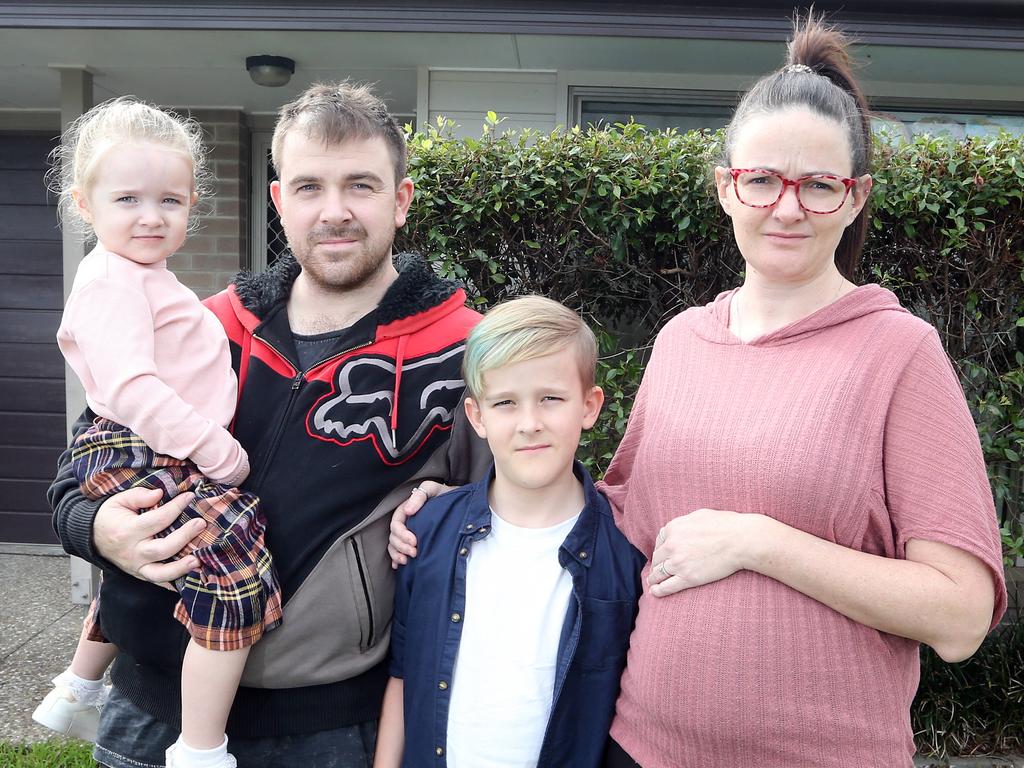 One such Aussie was mum Tara Ferguson, whose family of five was facing homeless after Pivotal Homes failed to complete their build. Picture: Richard Gosling

The family forked out more than $20,000 in rental payments as they waited for the home to be complete, aided by financial assistance from the Queensland Building and Construction Commission.

“We’ve been so lucky, because we’d be in serious debt if we’d had to continue renting,” Ms Ferguson said.

“We never planned for this financially, and we just feel so deeply for all of the families who are still waiting for their home to be built.”

According to analysis carried out this week by RateCity, the average Australian income earner has seen their borrowing power plummet by more than $125,000 since October 2020, as a result of interest rate hikes. Their home was left unfinished and vulnerable to vandals after the builder collapsed. Picture: Supplied.

Meanwhile, the near impossibility of building new properties in this climate has stoked concern in the rental market, which is suffering from severe lack of supply.

Renters faced the lowest vacancy rates in a decade in October last year, with just 1.2 per cent of properties available.

In September, ABS numbers showed a “big gain” in approvals for high-rise buildings, which could help to boost supply – but with few tradies to build them, it remains unclear how quickly the new apartments will hit the market.

Before the pandemic, Master Builders Australia estimated a new home took an average of nine months to build.

Now, customers are looking at a completion time of more than 12 months after settlement, pushing families to stay in rentals for longer.

Master Builders still expects the number of completed dwellings each year will be short of the 200,000 homes the government forecasts are needed to meet demand. Total new construction of homes is expected to drop by 200,000 dwellings each year until 2026, when skill and supply shortages will hopefully stabilise. Ms Wawn called for “serious reform” from government if the new homes industry was to meet demand.

“Governments can act by addressing some of the frustrations which prolong projects such as delays in approvals for building applications, occupation certificates and land titles. Additionally, land shortages in the right places, high developer charges and inflexible planning laws are restricting opportunities to meet demand, speed up project timelines, and minimise costs,” she said.

“We’re calling for an increase to the migration cap and making it easier for them to work in Australia — tackling visa wait times, reducing the proliferation of occupation lists, recognising comparable international qualifications and reviewing English language competency standards for certain occupations.

“Over the medium to long term, builders would like to see more work to upskill the existing workforce, increase female participation in the industry and make workplaces more productive.”