The woman secretly photographed while topless sunbathing has revealed the pathetic lie given by one of the men who circulated photos of her online.

All except one of the men involved in the taking and distributing of explicit photographs of Sydney personal trainer Lily Cook, deny any wrongdoing, with one clinging to what she says is a blatant lie.

One of the perpetrators is claiming he was simply taking a photo of the broader landscape of a beach in Vaucluse, in Sydney’s east, and captured Ms Cook by sheer coincidence.

Ms Cook told 2DayFM’s Hughesy, Ed & Erin Monday morning she was ultimately powerless in the eyes of the law because the men refused to admit to their wrongdoing. 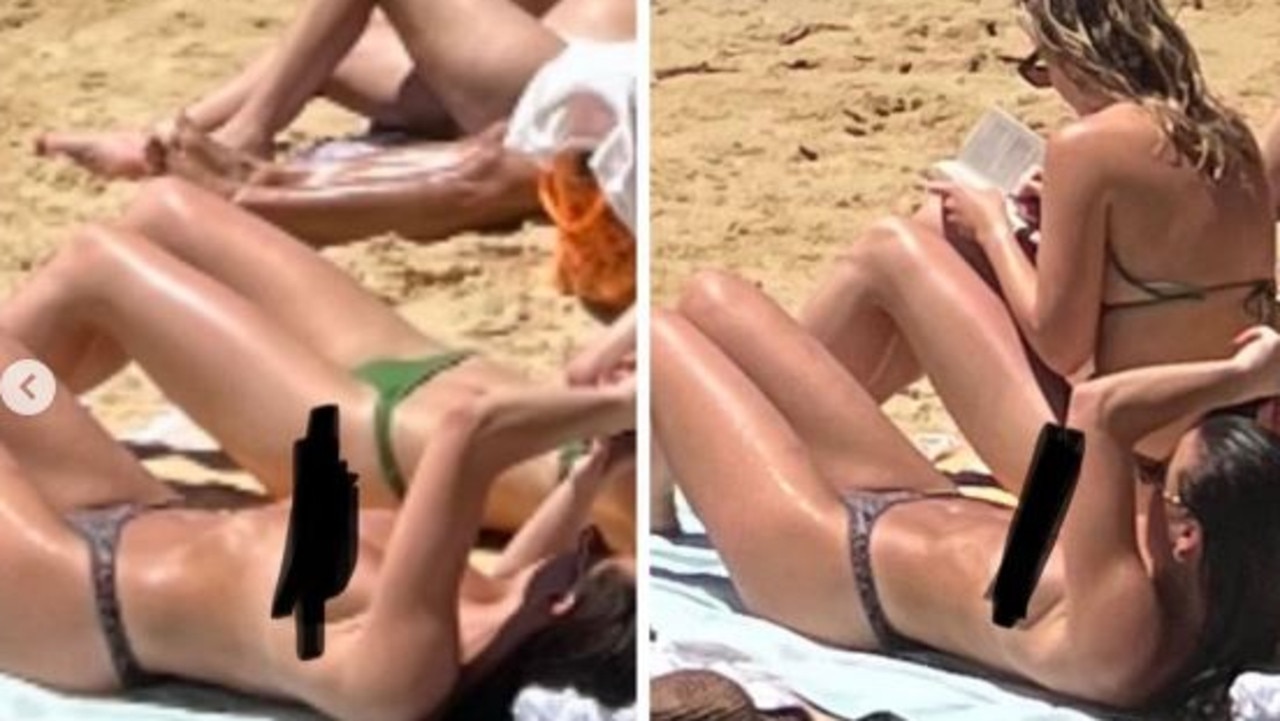 These photos of Lily Cook were circulated among people she knew without her consent. Picture: Instagram/lilycook

“The issue is, had they [the police] got a warrant to go through their [the men’s] phones I think it would have been a little bit different, but because the person that took the photo said they took it of a public place, and the person that distributed it, even though he admitted to it, refused to make a statement, we’re kind of stuck,” Ms Cook said.

She had also been told that because the photo was of her side profile, it couldn’t be proven that she was actually the one photographed.

“Even though I had evidence of me and my sister sitting there at the beach. They just kind of get stuck and they [the police] can’t do anything,” she said.

The photos began circulating a few weeks ago after she and her sister had enjoyed a day at the beach.

She found out photos of herself sunbathing topless had been shared without her permission on Instagram and a group chat.

“I felt violated at the time,” Ms Cook told The Project, after originally sharing her story with The Sunday Telegraph.

“Then what furthered that was when I questioned these people and asked them why they’d done it, and if they can stop sharing it, I was made to feel small and gaslit into thinking it was in a public place and it wasn’t taken of me with any malicious intent, even though it had been distributed later.”

Julie Inman Grant, E-Safety Commissioner confirmed it was “not illegal for a person to take a photograph at a topless beach. It certainly is creepy and wrong and frankly gross. It’s quite a grey area of the law.

“It can be quite traumatising to a person because you don’t know where the image has gone, you don’t know who has seen it. Have your colleagues at work seen it, has your mother and father seen it?” 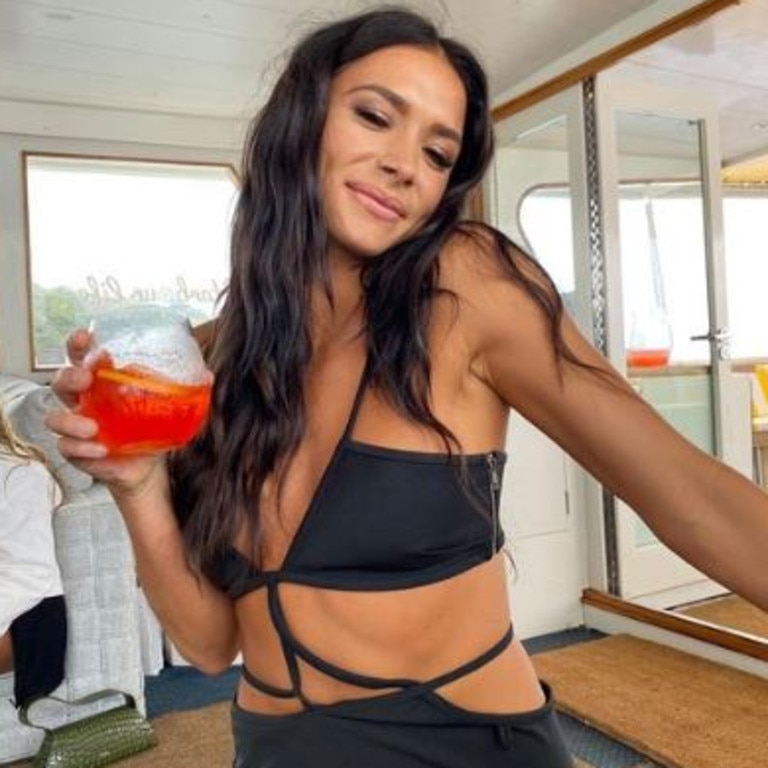 Ms Cook said one of the men claims the photos of her were captured by coincidence. Picture: Instagram/lilycook

NSW Police said in a statement that distributing images without consent can have a serious impact on a person’s health and wellbeing and can lead to criminal action.

Dave “Hughesy” Hughes on Monday echoed the sentiment that sharing explicit images of someone without their consent was morally wrong, whether it was legally punishable or not.

“Morally, you just know it’s not the right thing to do. Especially if you know the person, and you’re sending that photo to people you know she knows,” he told listeners.

Ms Cook said she had struggled mentally in the aftermath of finding out people she knew had been sending and receiving photos of her.

“I know some blokes it was sent to. I don’t know how many or who admitted to sending it or not,” she revealed.

“That’s what’s hard to come to terms with, it’s people that you know. It’s not just someone random on the beach that you don’t care about. It affects your social life and affects you.” 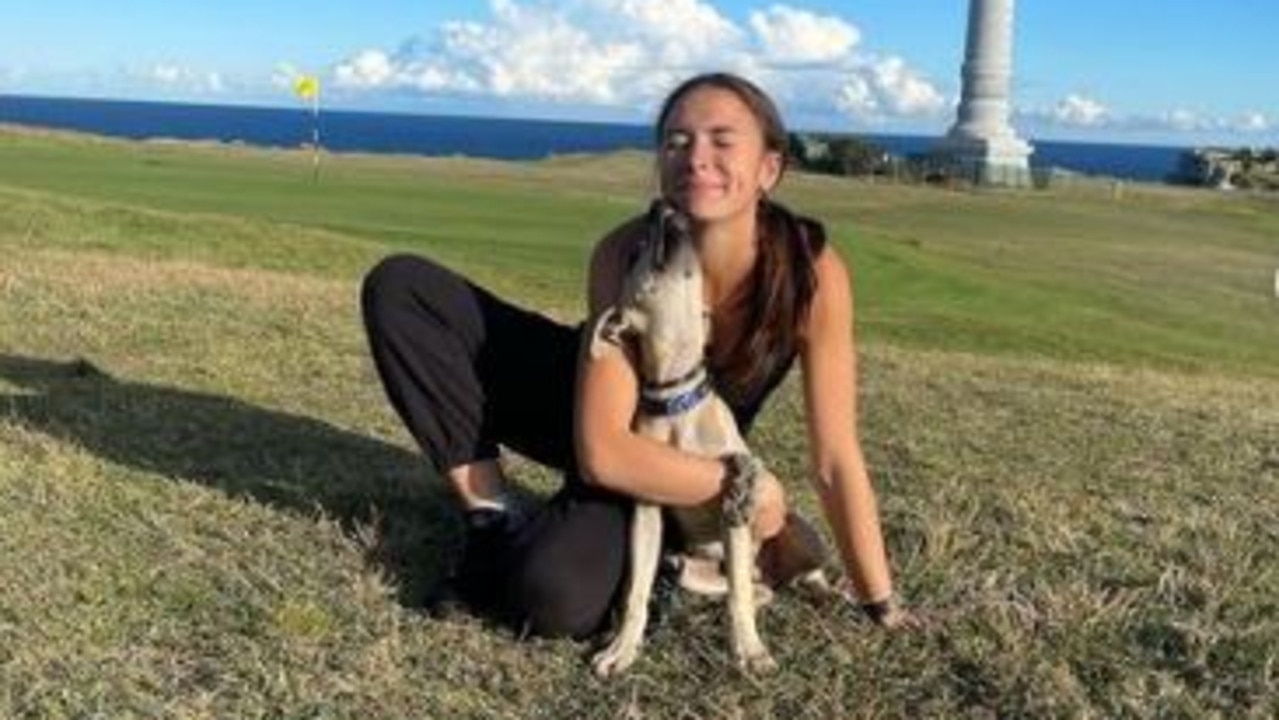 She said her health had been adversely affected by the sharing of her photos. Picture: Instagram/lilycook

While the response to Ms Cook sharing her experience publicly had been mostly supportive, some had suggested she should expect photos to be taken of her if she decides to go topless.

“For the most part I’m getting a lot of positive comments, and a lot of women sharing their experiences and saying they feel heard now,” she said.

“But there’s a lot of people that feel offended by the fact I was topless or that if I’m going to a public place I shouldn’t expect anything else.”

She, with the backing of thousands of Australians, has doubled down on her stance: “you shouldn’t be taking photos of people and distributing it”.

“I think you would expect in this day and age that we can respect women more and allow people to dress and be how they want to be.”