An opportunistic Victorian man has highlighted why on some occasions, reading the fine print may be worth the struggle.

Drew Panton recently returned to his car at the Wilson Parking facility in Cremorne, Melbourne, to find a dreaded $65 parking ticket under one of his wipers.

But closer inspection of the small leaflet revealed a specification he didn’t expect to find.

The first line under the ticket’s “important information” heading read: “This is not a fine.” 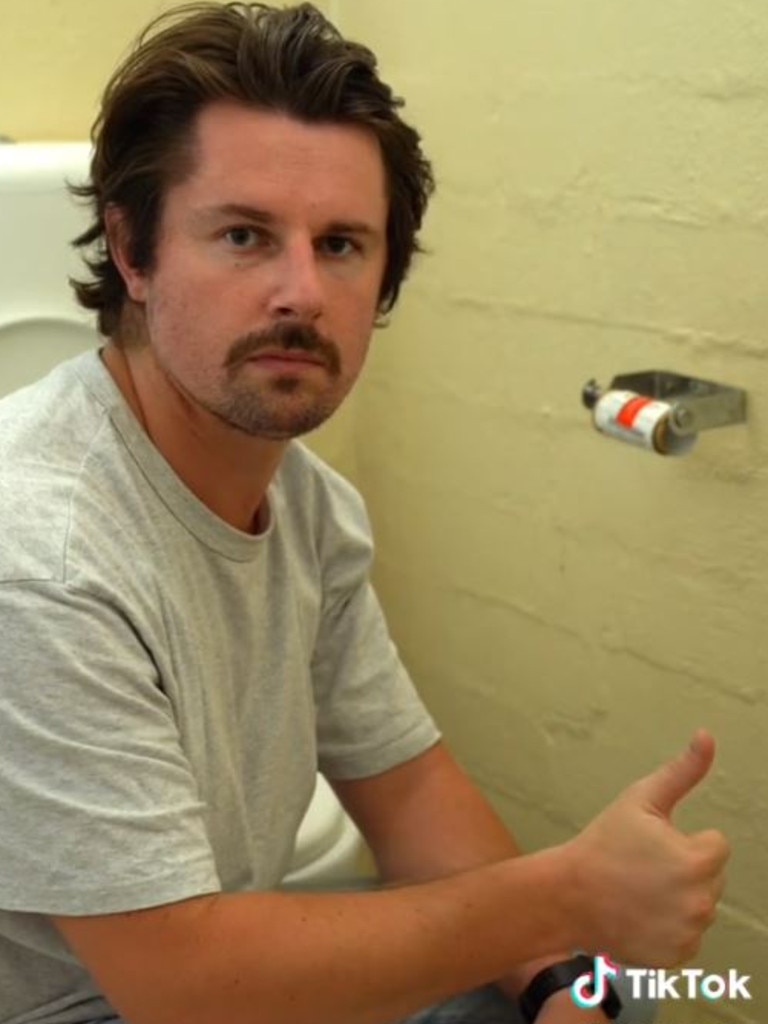 Drew Panton was surprised at what the fine print said. Picture: TikTok/drewpanton 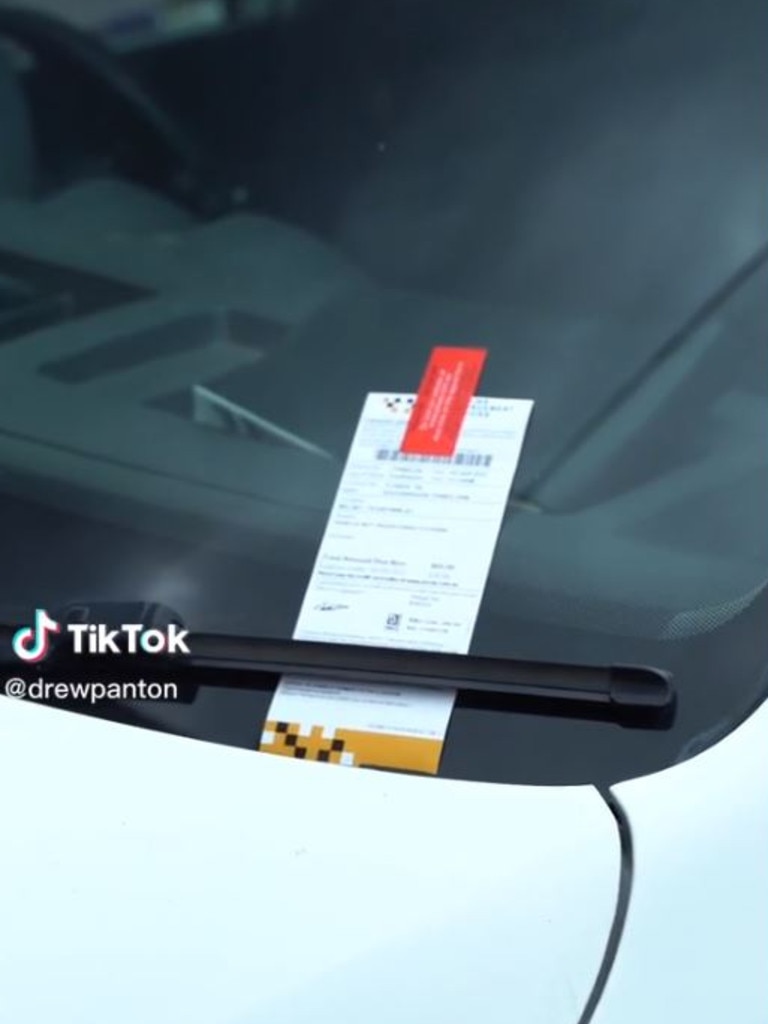 He was busted in Cremorne, Melbourne. Picture: TikTok/drewpanton

There was also reference to previous comments made by barrister Sean Hardy to Nine News.

In the interview, Mr Hardy described the private carparking scheme as a business model that took advantage of people’s ignorance.

“It’s a business model that is aimed at the ignorance of people to pay up a relatively small amount of money to avoid the hassle of engaging in a fight with an entity that’s much stronger than they are and so it’s just a bullying tactic,” he said.

In response to discovering this information, Mr Panton was filmed rolling his parking ticket around an empty toilet roll in a public bathroom.

Hundreds of viewers praised Mr Panton for sharing his findings with them, while some claimed it was old news.

“How do people not know this already? Only the police and council can issue fines,” one wrote in a comment.

“I’ve never ever paid one of these tickets and nothing has ever happened,” another said.

Some however claimed they had been chased up by debt collectors after not paying fines issued by private parking operators. 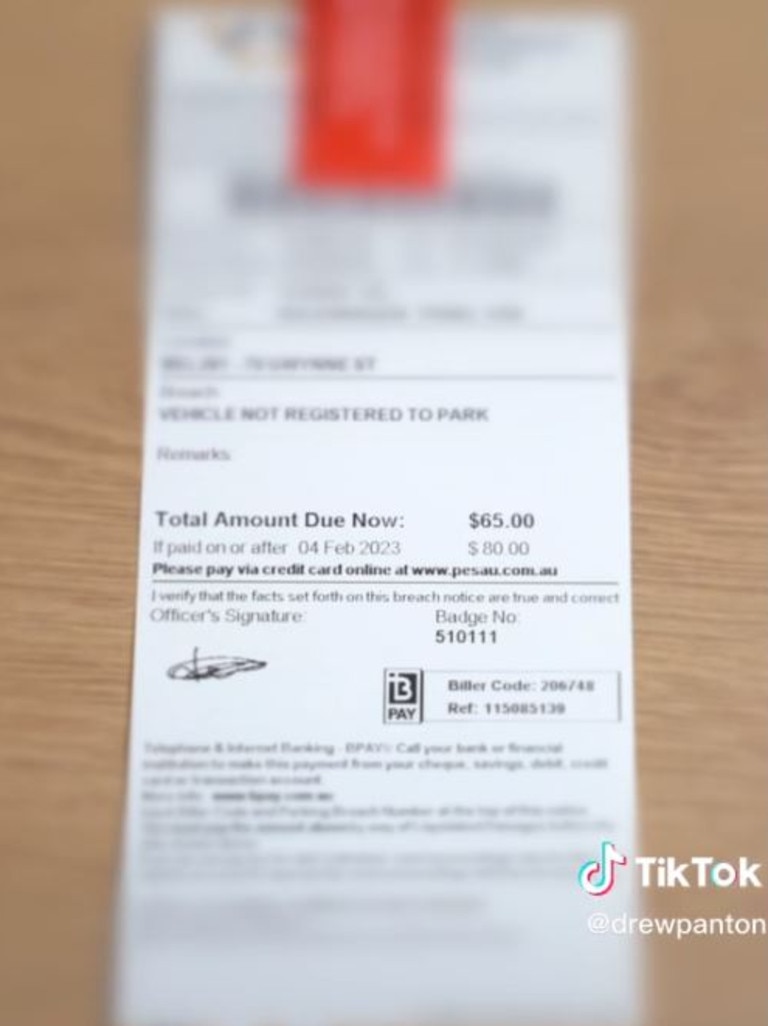 He was stung $65. Picture: TikTok/drewpanton 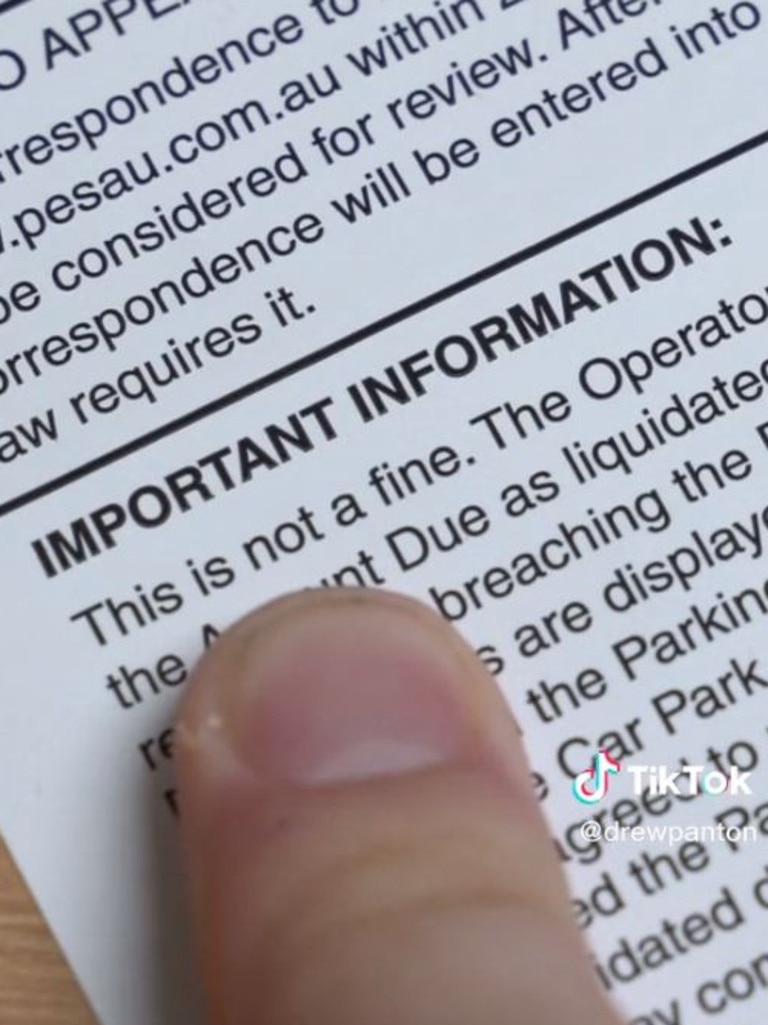 But the ticket said it was ‘not a fine’. Picture: TikTok/drewpanton

“I didn’t pay mine (I got it at work) and they sent the debt collectors,” one wrote.

“But they sent my unpaid ticket to debt collectors and now it’s on my credit file for five years,” another wrote.

Private parking companies cannot pursue drivers in NSW and Victoria because the release of personal information is prohibited.

Mr Hardy pointed out that because of this, it was impossible for such companies to take any action against the registered operator of a vehicle or its driver.

“Firstly because they don’t know who the driver was and secondly, they will never know who the registered operator was,” he said.

Parking Enforcement Services (PES), a division of Wilson Parking Australia, states on its website that “private parking breach notices are enforceable under laws relating to contract and informed consent”.

The company said it could only attain someone’s name and address if such details had already been provided, like in an appeal.

“In some cases you may have provided your details in a previous appeal to Parking Enforcement Services, we also may have obtained the details by order of the applicable court in your state,” the website states.