The three orphaned survivors of a Christmas Day crash that killed their parents have returned home from the hospital.

Synthia, five, Bevan, two, and Charley, one, were stranded for 55 hours with the bodies of their parents, Cindy Braddock, 25, and Jake Day, 28, while they waited for help just 10km from their home in Kondinin, Western Australia.

Incredibly, the children only suffered minor injuries and dehydration, they have spent the last week in Perth Children’s Hospital.

Speaking to 7News at a Perth Park on Saturday, the children’s step-grandfather Richard Parker confirmed they would be living with their nan Annette Day. 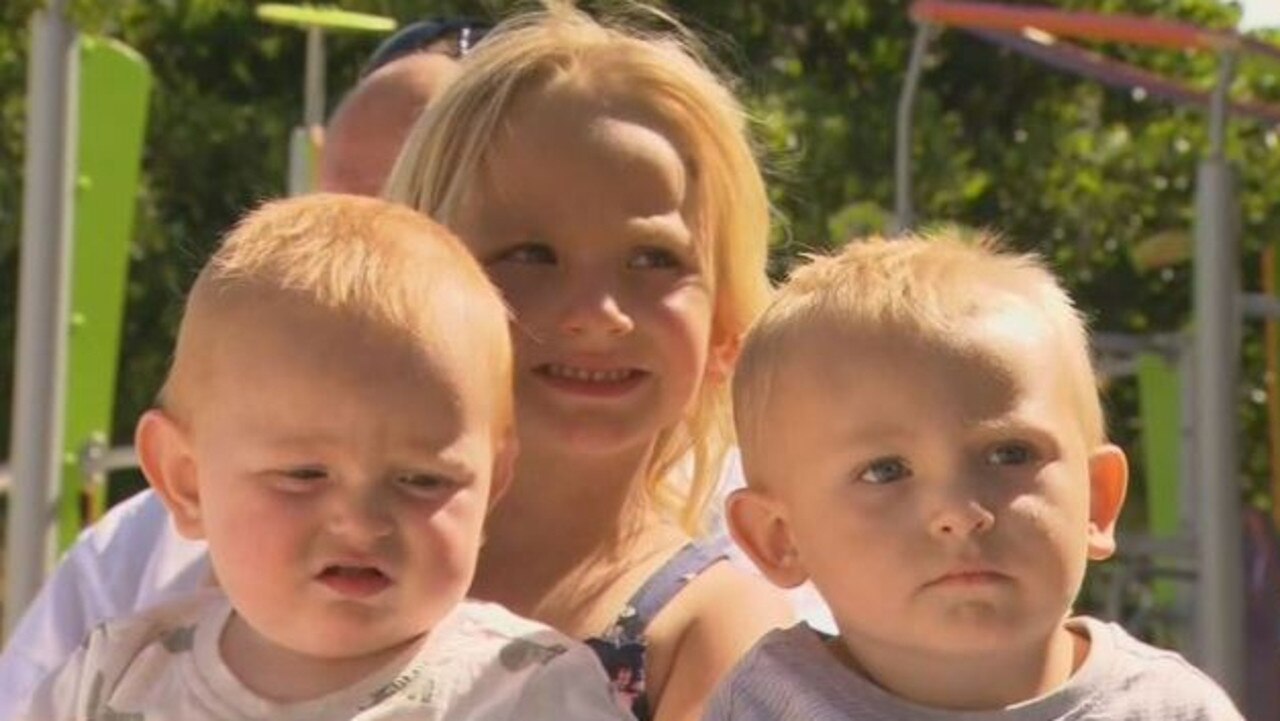 Synthia, 5, Bevan, 2, and Charlez, 1, were at the weekend given the all-clear to depart Perth Children’s Hospital where they had been under the watchful eye of medical professionals since Tuesday. Picture: Screengrab 9News

“The next goal is to just keep looking after the kids,” Mr Parker said.

The family had made the 200km journey back home at about 1am on Christmas morning from a family event in Northam.

Ms Braddock and Mr Day were killed when their car rolled over into an embankment just 10km from their destination. Cindy Braddock and Jack Day were killed during the crash. Picture: Facebook

Mr Day’s cousin Michael Read told reporters the heroic actions of the eldest child, Synthia, might have saved the lives of her two younger siblings.

“The five-year-old became unstuck in the vehicle and she then got the one-year-old out of the car seat, then they were stuck in the car for the 55 hours in 30-degree heat,” Mr Read told 7 News.

“It would have been hard for the three children to be in the car for that whole time. Nobody knows what they went through. 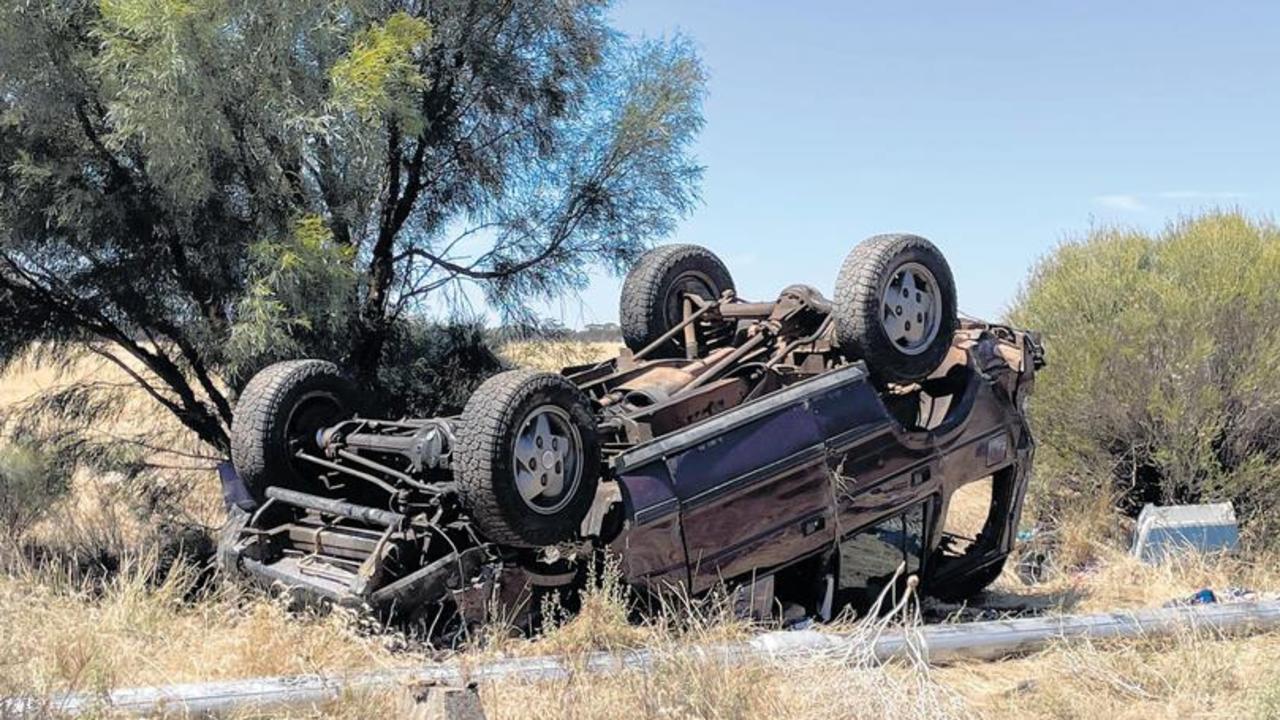 The children were stranded by the wreckage for 55 hours. Picture: Supplied

“And if it wasn’t for the five-year-old undoing the buckle of the one-year-old’s car seat, he wouldn’t be with us today.”

A desperate search was underway before the children were found two-days later and were flown to Perth in a rescue helicopter.

A GoFundMe fundraiser has raised almost $140,000 in donations to go towards the funerals of the young parents and the ongoing support of their children.