A driver accused of being an “inconsiderate tosspot” has taken aim at the author of a fiery letter they found stuck to their car in a supermarket car park.

The note, written by someone with a baby, slammed the driver for parking too close to the parking bay lines at Ballina Central Shopping Centre, in the NSW Northern Rivers.

They said they were unable to get their baby in the car because of how the car was parked outside the IGA on Monday.

A photo of the car, later shared to social media by its owner, showed it was parked close to the boundary line on the passenger side.

“Learn to park between the lines, not on them. [I] couldn’t get the baby in the car because you parked like an absolute inconsiderate tosspot,” the cranky letter read. 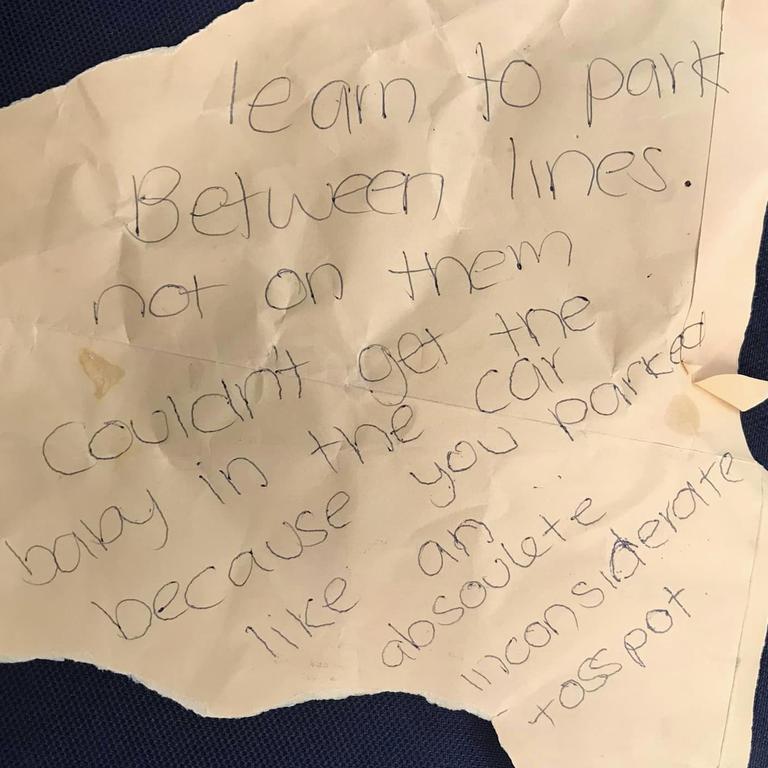 A driver received this note after being forced into a difficult park. Picture: Facebook

The woman on the receiving end of the letter took to social media to respond and implored members of the community to not be so quick to judge.

In an effort to set the record straight, she revealed that when she arrived at the car park, another car was parked off-centre in the bay next to her.

“The car that was parked next to me was on the lines so I had less room to work with -they must have left before you came out,” she argued.

“Maybe next time [you should] park in the parents’ parking [bay]. That’s why they made them.”

She called on the person behind the note to consider there were “bigger problems in the world” and there was “no need to be rude”.

“Kindness is free,” she added.

The matter subsequently divided opinion online, where who was truly in the wrong was hotly debated.

Some felt the recipient of the letter should have done a better job at parking. 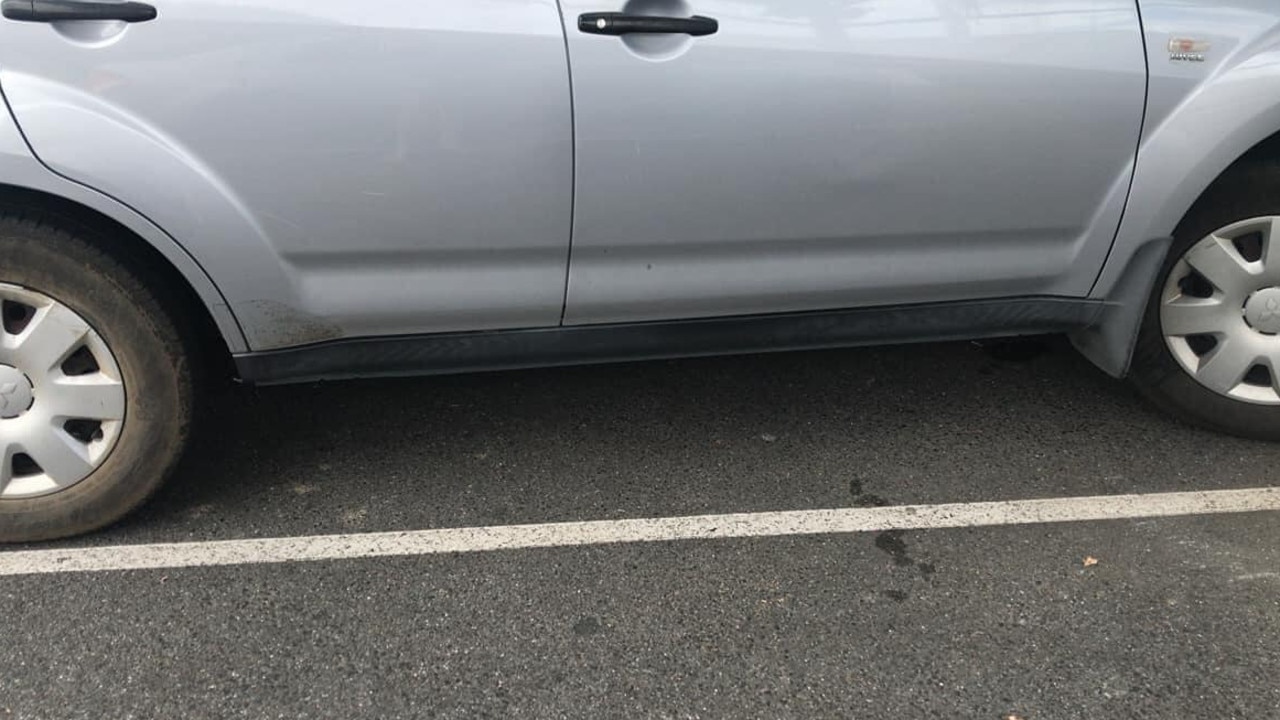 The author was furious at how close the car was parked to the boundary line. Picture: Facebook

“If you park on the line (or very close to it) and the car next to you parks on the line, the cars will scratch each other,” another added.

Others argued there was nothing wrong with how the woman had parked.

“What’s the issue here she’s parked in the lines? Didn’t realise you have to be smack bang in the middle. Would have been more effort to write the note then just move on,” one person wrote.

“Your car is parked fine, I’ve seen much worse. That person clearly has a problem with themselves, people seriously need to wake up,” another said.

Someone else thought posting the letter online was the real “ tosspot move”.

One asked that everyone “calm down”.

“Hurling abuse is so nasty. Calm down. Everything is OK,” they said.