Daniel Andrews has hit back at an outrageous comment from a sitting MP, who said she wanted to turn the Victorian Premier into “red mist” at a fiery political rally. 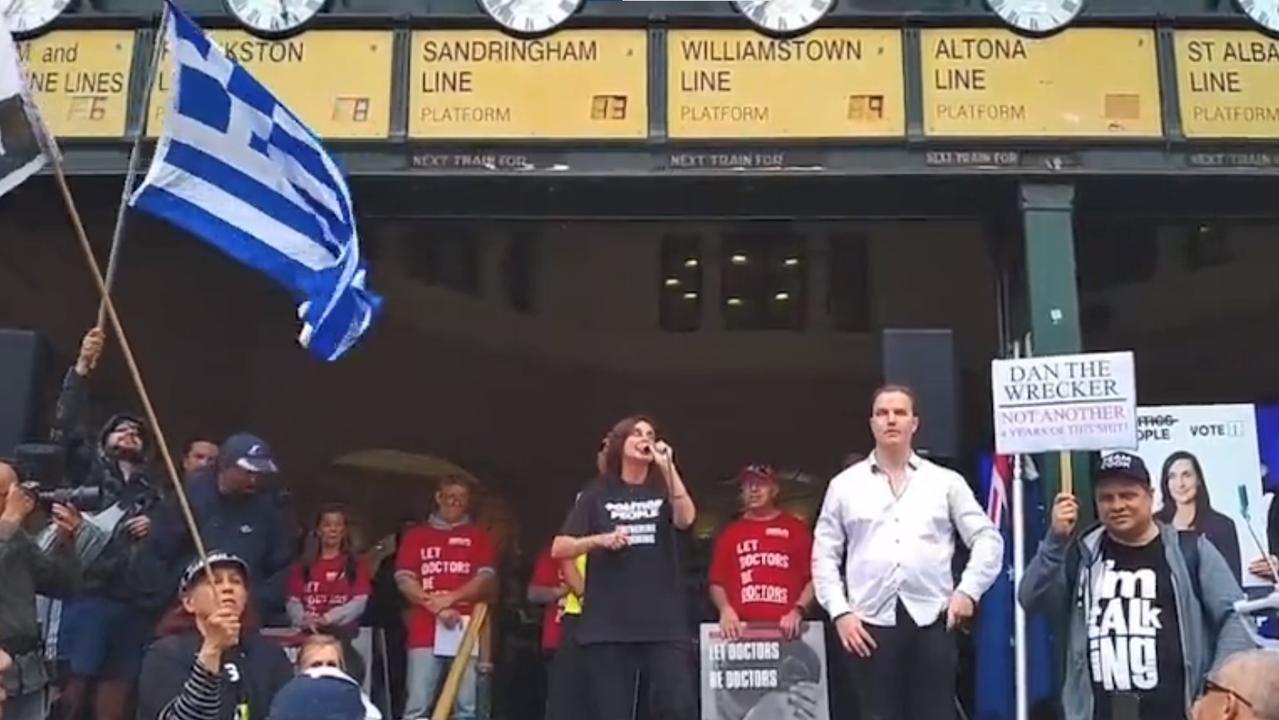 Another protest, another candidate making threats against a sitting member

We all ok with whatâ€™s happening in Victoria? pic.twitter.com/MEYucKF4yI

“In the army we would call it pink mist, but I want him into red mist,” she shouts to ongoing crows of support.

“Give anyone here in the army a job to blow someone up and they will.”

The phrase “pink mist” is a military term referring to the spray of blood when someone is shot by a sniper. 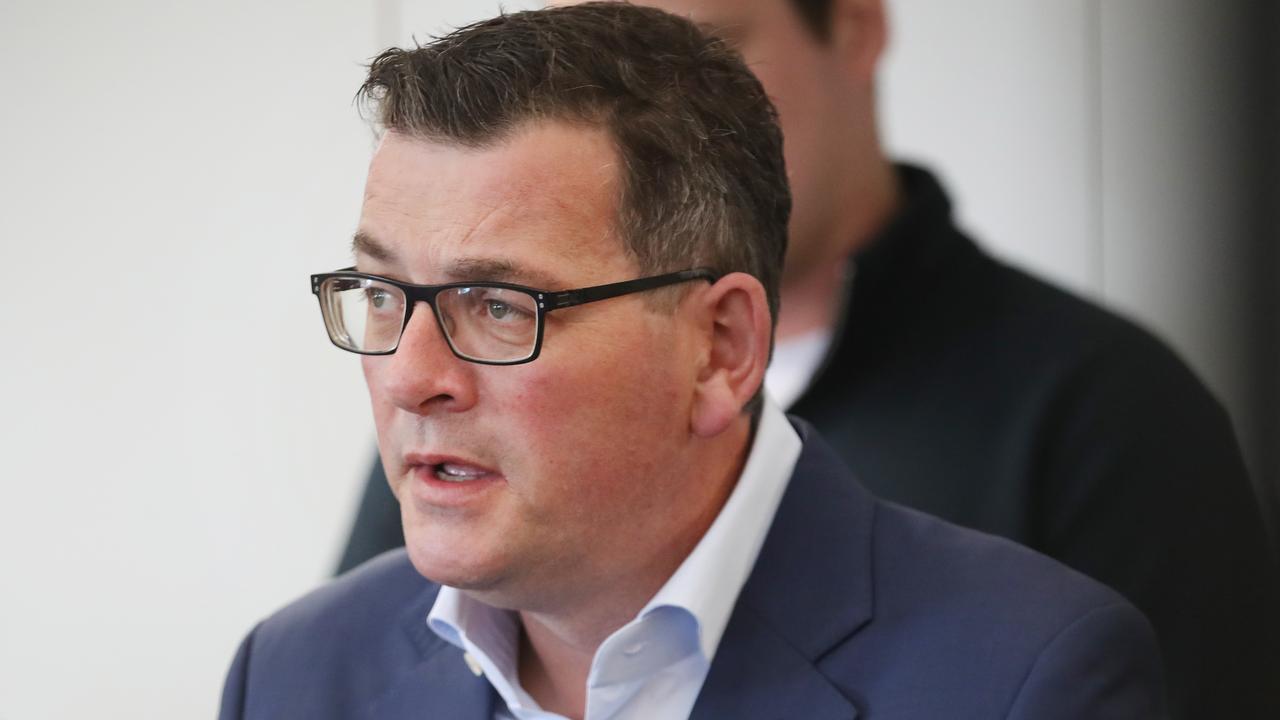 Mr Andrews (pictured) hit back at the comments, saying he would not contribute to the “Americanisation” of politics. Picture: NCA NewsWire / David Crosling

The comments have sparked outrage across Victoria’s political spectrum, including condemnation from Opposition Leader Matthew Guy.

Statements and language like this have no place in our state, or nation.

During a press conference on Sunday, Mr Andrews hit back at Dr Cummings’ comments.

“I think we’re better than this,” he told reporters.

“We’re much better than violent extremism, we ought to leave that to the United States.

“This is not America and I, for one, will do nothing to contribute to the Americanisation of our politics.”

Mr Andrews said he would “leave it to others” to defend their actions and statements, insisting he was putting forward a “positive and optimistic plan” to Victoria. 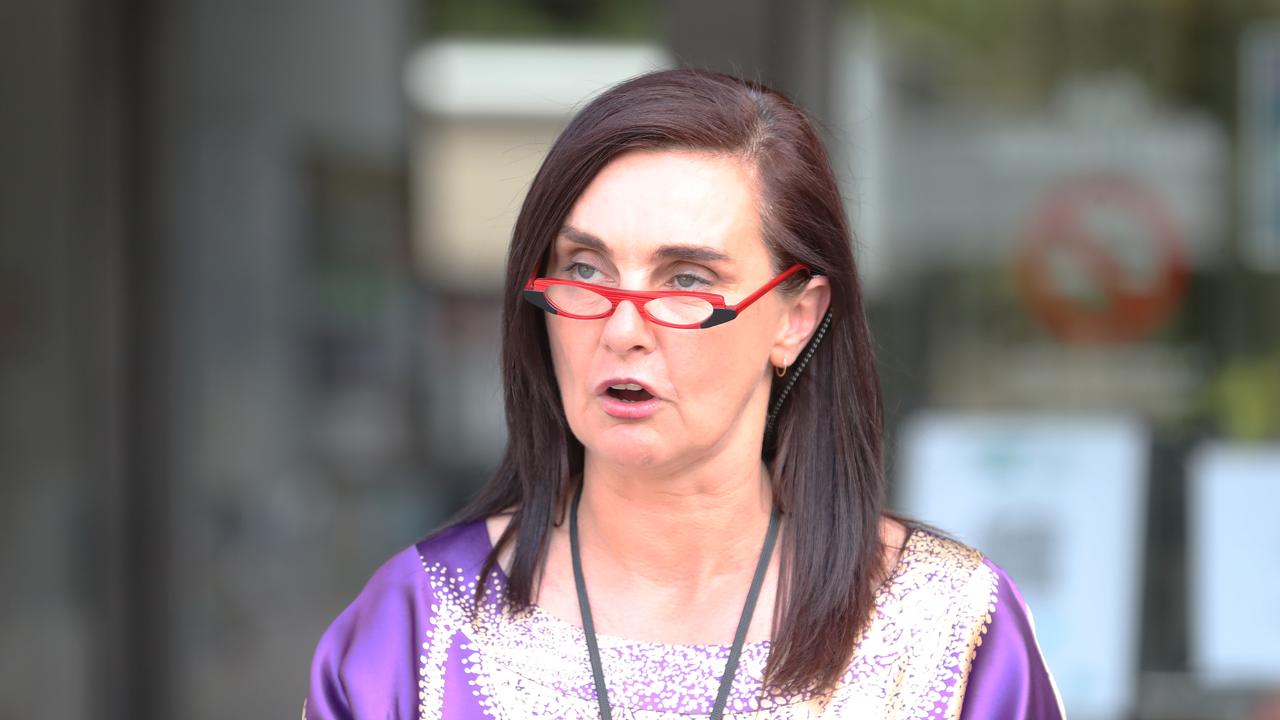 In a statement, Victoria Police confirmed they were investigating Dr Cummings’ comments for potential “inciteful behaviour”.

She issued a statement saying she did not wish or call for any physical harm to come to Mr Andrews or his “red-shirts brigade”.

But she immediately appeared repeated her earlier comments, saying: “I want Dan Andrews and his government to turn into red mist.”

“At no time did I say or in any way mean to physically blow up Daniel Andrews MP himself, or infer any physical harm to him or anyone.

“I am calling on all Victorians to deliver the accountability our state needs, at the ballot box, to erase the red stain of Daniel Andrews MP from our beautiful state.”