When Professor Si Ming Man received a phone call telling him he was the recipient of the prestigious Frank Fenner Prize for Life Scientist of the Year he almost thought it was a prank.

Professor Man has been recognised in the 2022 Prime Minister’s Prizes for Science for his significant contribution to the fields of immunology and infectious disease.

Thankfully, when he took the call he recognised the voice on the end of the line as Minister for Industry and Science Ed Husic.

“I was just working in my office one afternoon when he called and he introduced himself as Ed Husic, and I knew his voice so I thought this must not be a prank,” Professor Man told NCA NewsWire.

“I was just elated. All the hard work that my lab and our collaborators have been working on over the last 10 years has paid off and we get recognised this way.

“I was just really excited for not just myself but for my team and everyone around me.”

Professor Man, who was born in Guangzhou in China but moved to Australia when he was 11 years old, leads a team of 12 at the Australian National University, including PhD candidates and undergraduates whom he mentors.

He discovered that the same immune receptors that recognise pathogens also have anti-inflammatory and anti-cancer capabilities. 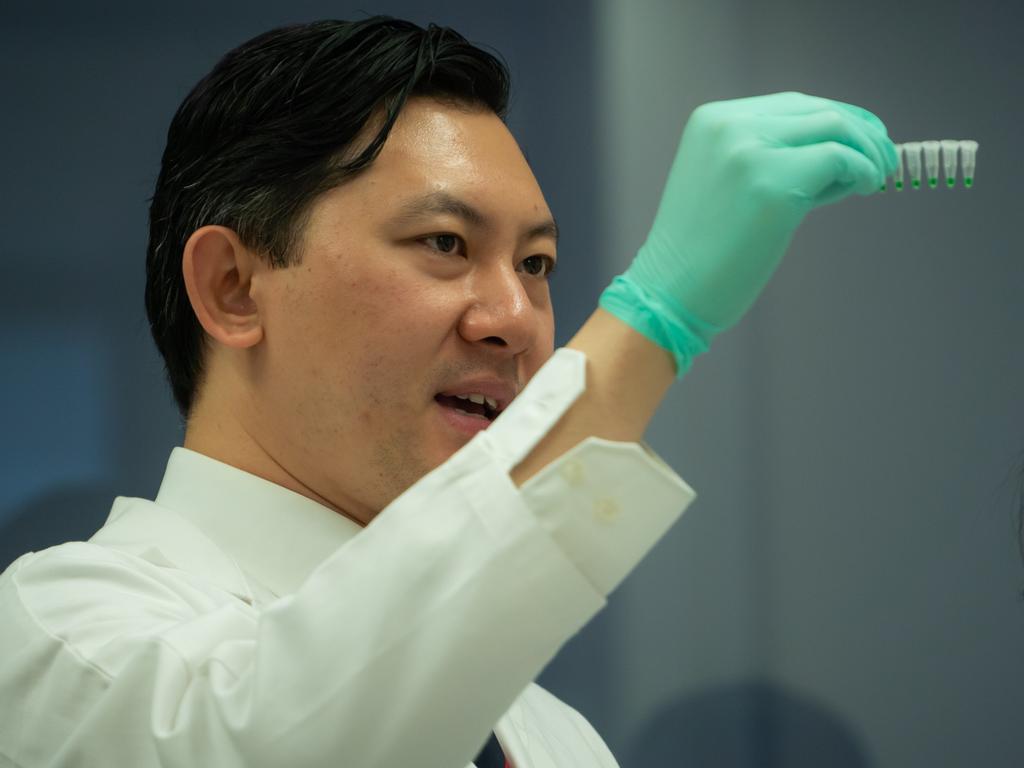 Si Ming Man is the recipient of the 2022 Frank Fenner Prize for Life Scientist of the Year. Picture: Supplied

“This is important because once the alarm is triggered, then our immune system is then kind of kicked into action and what it means is that they then tell the immune cells and different blood cells to go and find that infection and try to … destroy them.

“On the other hand, we also show that if the balance is tipped a little bit – when you have too much inflammation – the immune system goes into overdrive.

“That’s actually really bad for us because too much inflammation causes harmful diseases like cancer and we were able to show that as well.”

Professor Man has now partnered with gastroenterologists at the Canberra Hospital in two clinical studies to determine whether these immune receptors can be used as biomarkers to predict bowel cancer.

“Bowel cancer is difficult to fight because a lot of times when you detect it it’s often too late … early detection is always the key, but it’s an invasive process because you need to do a colonoscopy,” he said.

“Some of the proteins that help us fight infection is actually a good biomarker, which means that we can look at how much we have of them in our system to predict whether we get cancer or not.

“One of them is … a molecule that can detect DNA, which we use to detect infections like viruses and bacteria. So the same type of immune molecules are linked to cancer development.

“We know that in patients who have bowel cancer, they have very low level of this protein or this receptor.

“So then we are trying to then get samples from patients and then try to find whether they make a difference, like can we see if someone (who) has low levels of that particular protein will they then go on and develop cancer. 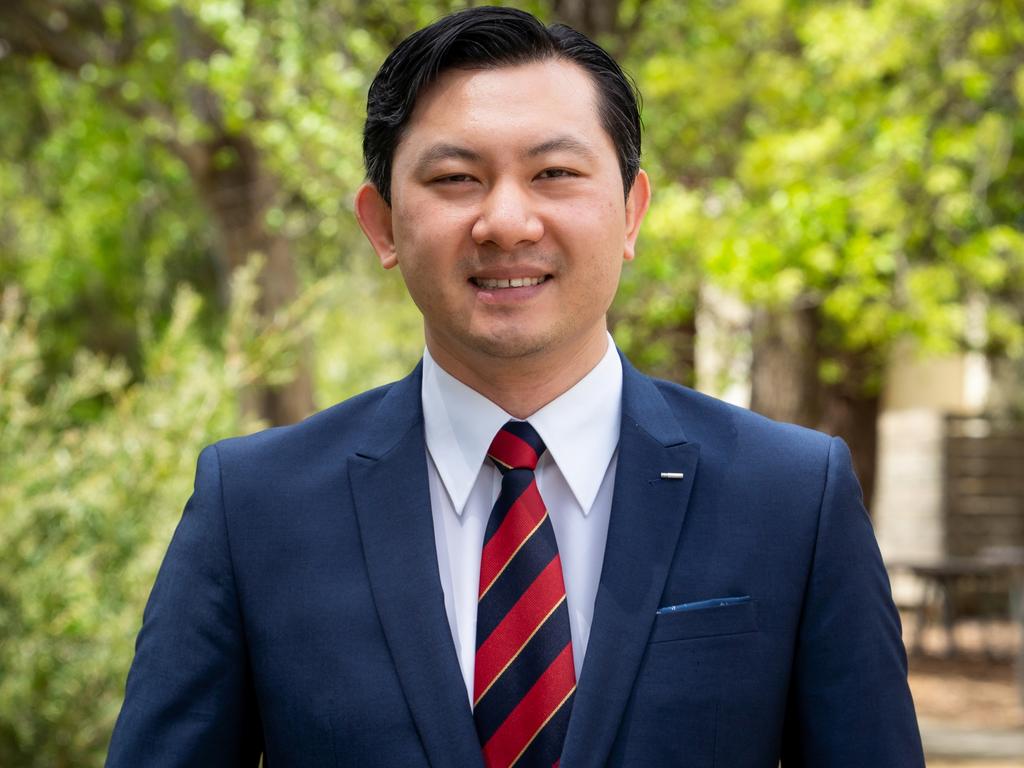 ProfessorMan leads a team of 12 at the Australian National University. Picture: Supplied

“Eventually, those patients also get bowel cancer, so we’re trying to look for the presence or the amount of that different biomarkers and also whether there are any changes to the biomarker to predict the outcome of those of those patients.”

The aim is to detect bowel cancer as early as possible, but Professor Man said the clinical trial would likely take five to 10 years before results were seen.

This led him to partner with Commonwealth Serum Laboratories and the CSIRO to test proteins in our immune system and develop antimicrobial drugs to reduce reliance on antibiotics.

Professor Man said the prize would help put his research in the spotlight and assist with networking and funding opportunities.

He said it was a “very exciting time to be a scientist” as he encouraged young people to get involved.

“My message for the next generation of scientists is to use their imagination and creativity, problem-solving skills and really find the scientific answers to questions from an area that they’re most passionate about,” he said.

“That’s what science is about and we need young kids to be involved more in science because we’re going to see more and more disease popping up.

“There’s always emerging and re-emerging diseases affecting human health, and we do need people who know about science and how to solve problems in health and medicine.” 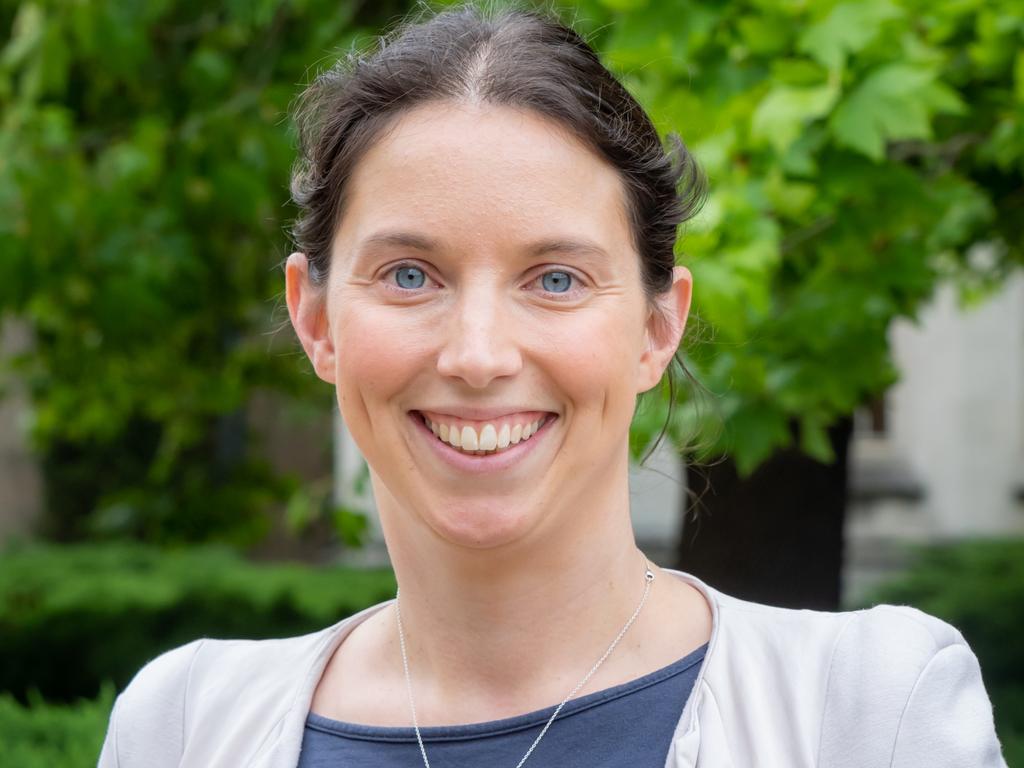 Dr Pip Karoly is the recipient of the 2022 Prime Minister’s Prize for New Innovators. Picture: Supplied

Pip Karoly, a senior research fellow at the University of Melbourne and founding member of epilepsy diagnostic services provider Seer Medical, is the recipient of the 2022 Prime Minister’s Prize for New Innovators.

She told NCA NewsWire that she almost did not answer the phone when contacted about her win because it was a private number.

“I got a phone call from an unknown mobile number, which luckily I picked up because I often don’t,” she said.

“As soon as they said it’s Minister Ed Husic, I knew what it was and what it was about … I couldn’t believe it and I was completely shocked.

The cause of many epilepsies remained unknown, but Dr Karoly discovered epileptic seizures did not happen randomly and she developed a framework for forecasting risk for patients.

Seer has developed a mobile and wearable app that forecasts seizure risk. 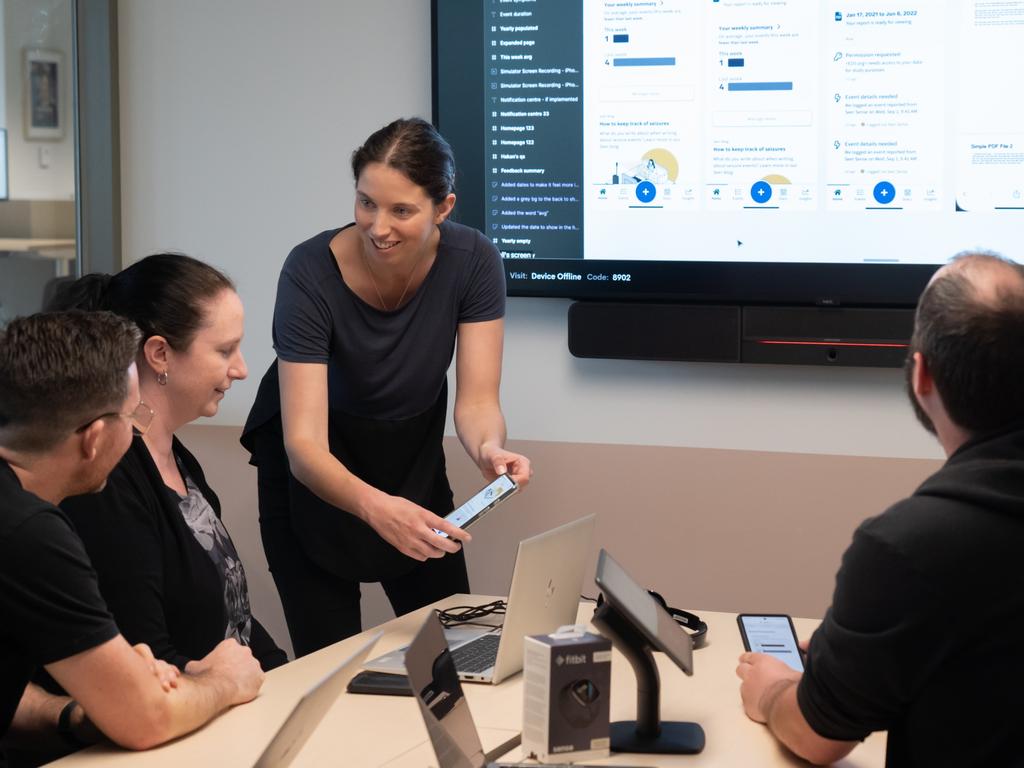 Prime Minister’s Prize for Science – Professor Trevor McDougall, from the University of NSW, for his impact in the study of oceanography and ocean thermodynamics and in furthering understanding of the role of the ocean in regulating the Earth’s climate.

Prime Minister’s Prize for Innovation — Dr Nick Cutmore, Dr James Tickner and Mr Dirk Treasure, from Chrysos, for their invention of PhotonAssay, which measures the presence of gold and minerals in ore samples, overturning centuries-old unsafe and inaccurate chemical methods.

Malcolm McIntosh Prize for Physical Scientist of the Year – Dr Adele Morrison, from the Australian National University, for her innovative modelling of the Southern Ocean region, to understand how ocean circulation impacts Earth’s climate system.

Prime Minister’s Prize for Excellence in Science Teaching in Secondary Schools – Veena Nair, from Viewbank College in Victoria, for demonstrating the practical application of science to students and how they can use their skills to impact the world.