A 23-year-old Sydneysider has been left “struggling” after Nespresso mistakenly took hundreds of dollars from her bank account due to an internal technical error.

Raha Bonakdar said she was randomly fleeced of $540 on Wednesday and only realised on Thursday when she opened her phone banking app.

“I was about to transfer some money somewhere and I opened my bank account and thought, ‘Wait a second, why am I missing $540?’,” Ms Bonakdar told news.com.au.

On closer inspection, she saw that on Wednesday at 2.19pm, the amount had been withdrawn by Nespresso.

“I was shocked. I couldn’t move,” she said, revealing she had not paid for any product or subscription from Nespresso for several months. 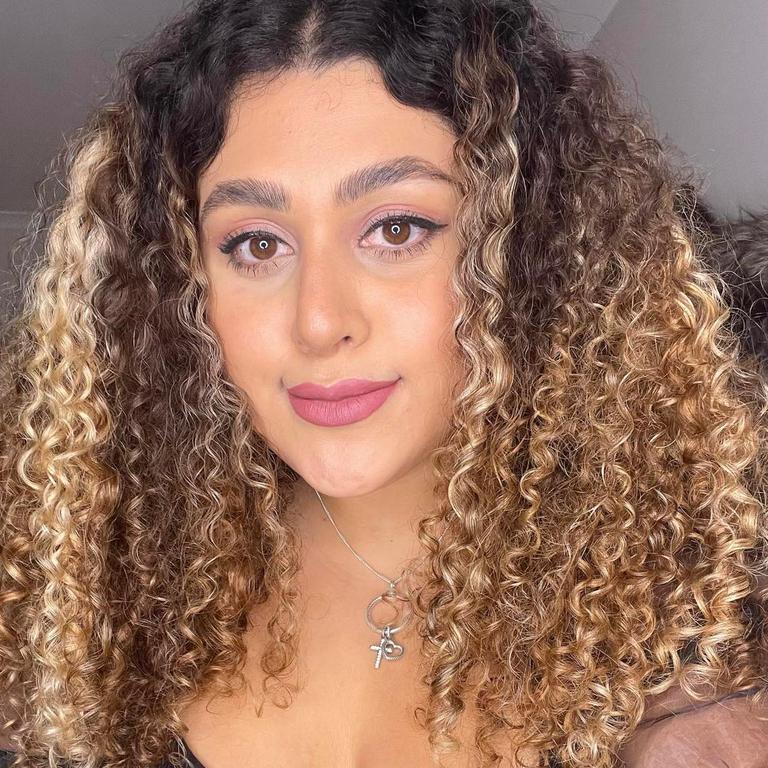 Raha Bonakdar is in a tough position after being wrongly charged $540. Picture: Supplied

She contacted the company immediately and a staff member confirmed there had been an error and she would be refunded the money that had been mistakenly taken.

While the worker was apologetic, Ms Bonakdar argued it was unfair given she would be hugely out of pocket for up to five business days.

She was eventually offered a $50 store credit – compensation she said was far below what she was willing to accept.

“I just bought a new car, I just paid for braces … I have a good wage but it doesn’t matter. They took $540 that I was meant to use to pay for my bills,” she said.

Ms Bonakdar had no choice but to survive on her savings until the $540 landed back in her account.

“I have to go through my savings and pull out every single dollar that I have left to just pay for the bills on the weekend. I have rent due as well,” she said. 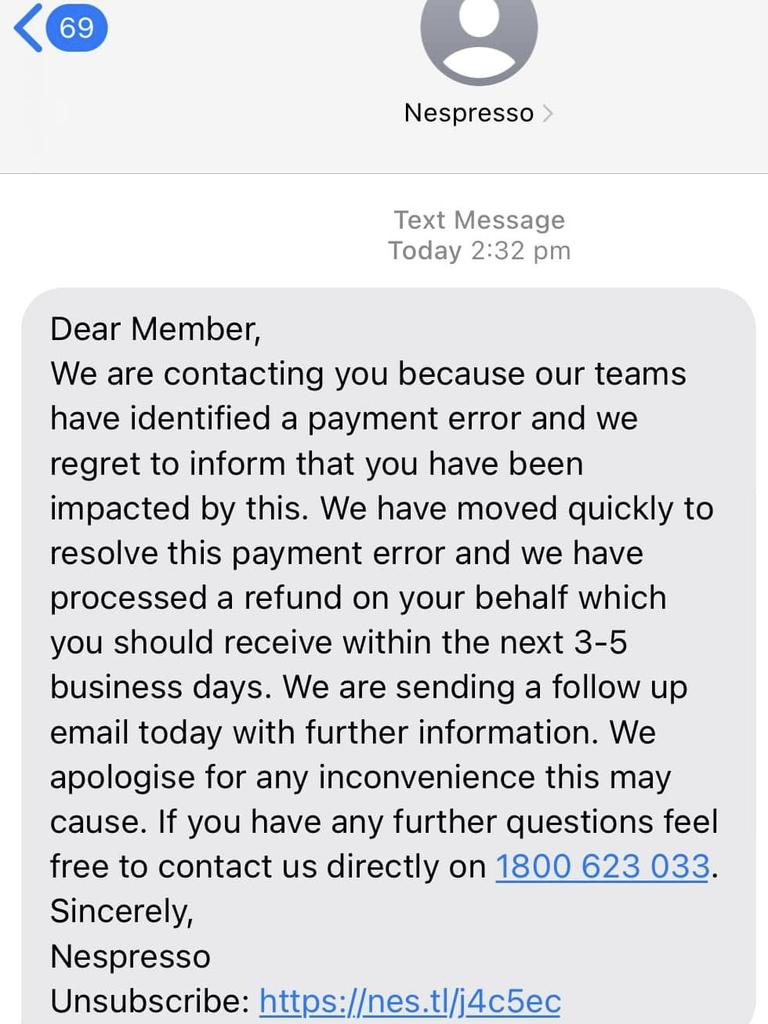 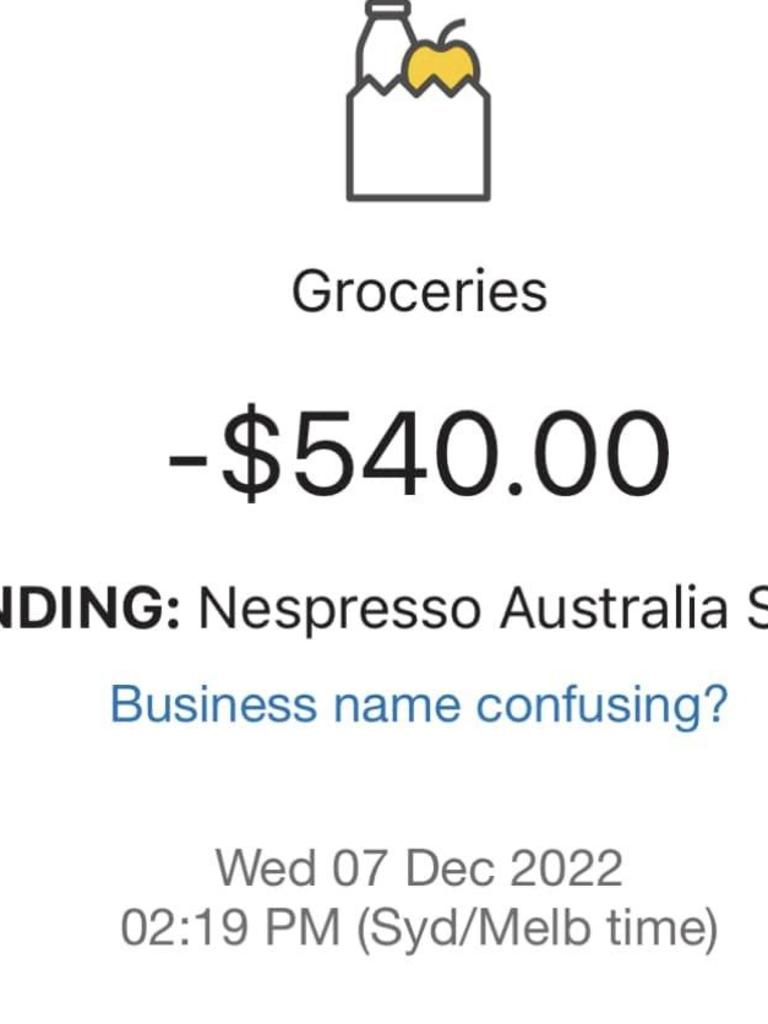 She had $540 taken on Wednesday. Picture: Supplied

“Regardless of whether I have money saved here or there, I’m still struggling to pay bills that I was supposed to pay for tonight.”

She added that $50 – that could only be spent on coffee products – was “definitely not enough” for her being out of $540 due to an internal error.

“I feel like my account was violated. It wasn’t a cyber breach, if it was, maybe I would have been more easy going because that would be an external factor, but that fact it was internal, that’s what’s p**sed me off,” she said.

Ms Bonakdar spent 40 minutes on the phone with the supervisor on Friday, who she said doubled down on a $50 voucher being the best they could offer.

In an email she received from Gavin Hughes, the company’s Oceania head of customer care and services, on Thursday, it was confirmed $540 had been taken from her account because of a business “payment error”.

“We are getting in touch as we are aware that you have been affected. We would like to apologise for this anomaly. This is a matter we take very seriously, and your experience is our absolute priority,” part of the email, shared with news.com.au, read. 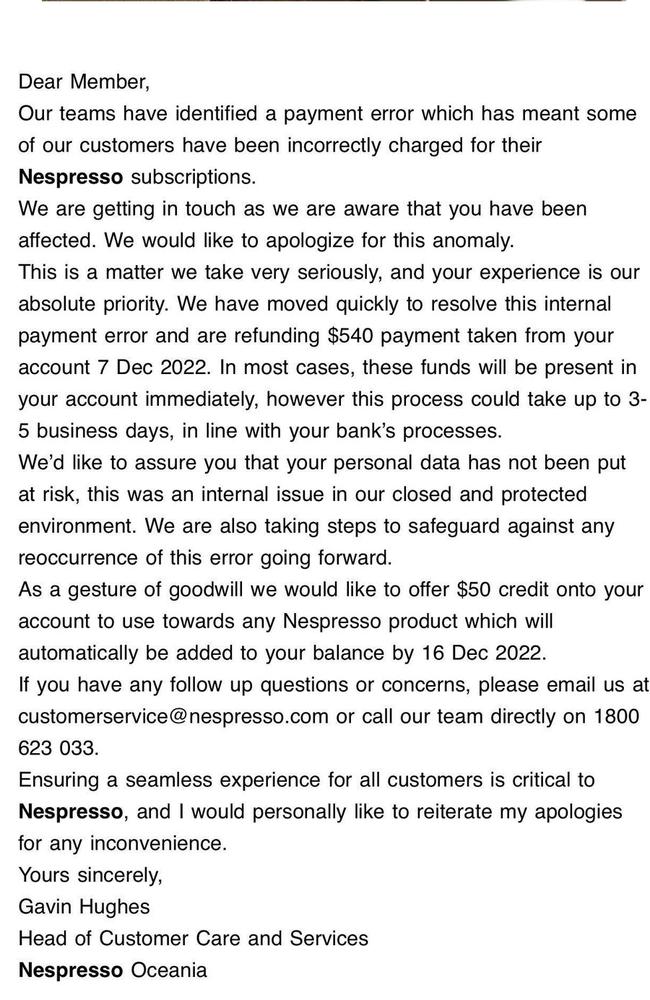 The young woman received this email on Thursday. Picture: Supplied

“We have moved quickly to resolve this internal payment error and are refunding $540 payment taken from your account December 7, 2022.”

The email said the refund could be processed immediately, or take between three and five business days.

“We’d like to assure you that your personal data has not been put at risk, this was an internal issue in our closed and protected environment. We are also taking steps to safeguard against any recurrence of this error going forward,” the email stated.

Following inquiries from news.com.au, Nespresso responded to social media posts made by Ms Bonakdar saying it would investigate her complaint.

A spokesperson for Nespresso said the company had notified the affected customers and apologised for the inconvenience.

“On December 7, we identified a payments issue which has meant some of our customers were incorrectly charged on their Nespresso subscription. We immediately took action and moved quickly to resolve the issue and refund any payments taken,” they told news.com.au.

“This was an internal issue in our closed and protected environment, we are taking steps to safeguard against any reoccurrence of this issue in the future. We have notified all customers who have been affected and apologise for any inconvenience this has caused.”