A disturbing image has surfaced showing more than two dozen white men brazenly performing a Nazi salute at a popular lookout in Melbourne.

In the photo, the group of neo-Nazis posed at the Point Ormond lookout in Elwood while displaying a red and blue flag symbolic of the far-right European Australia Movement, the Herald Sun reported.

Two of the men scaled a tall white structure near the beach to hold the top of the flag taut, while a young child was spotted in the front row.

The white nationalist group was founded by Thomas Sewell, 29, who last week was convicted of punching a Channel 9 security guard and sentenced to 150 hours of community work.

The 29-year-old was found guilty of affray and recklessly causing injury in December, with the court rejecting his claim of self-defence. 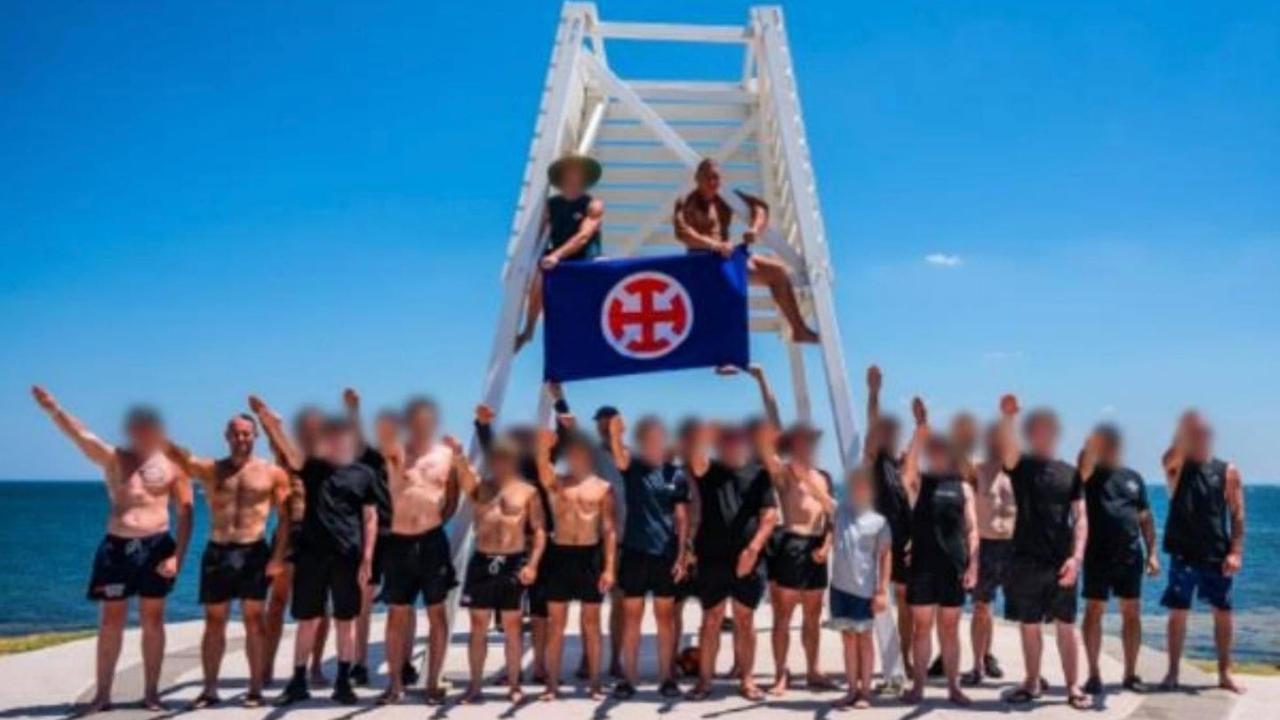 About 25 neo-Nazis performed the Hitler salute at a Melbourne lookout. Picture: Supplied

Moments after avoiding jail time for his “sickening” crime, he performed a Nazi salute outside court.

Anti-Defamation Commission chairman Dr Dvir Abramovich has lashed the men involved in the brazen photo, describing them as “bigots with burning malice in their hearts”.

“What was unthinkable five years ago is happening on our doorstep as the descendants of Hitler, unapologetic and emboldened neo-Nazis who are promising a racial war and who dream of an Aryan Australia are openly giving the Heil Hitler salute in public where kids play and are threatening and intimidating local residents with messages of hate,” Dr Abramovich said.

“This can’t stand. Imagine how shocked and distressed a Holocaust survivor would be walking with their grandchild on the beach and witnessing this horror show of evil. It is unacceptable that bigots, with burning malice in their hearts, are brazenly sowing fear and intimidation on our beaches and streets and pushing their murderous ideology through this organised tsunami of hate. “ 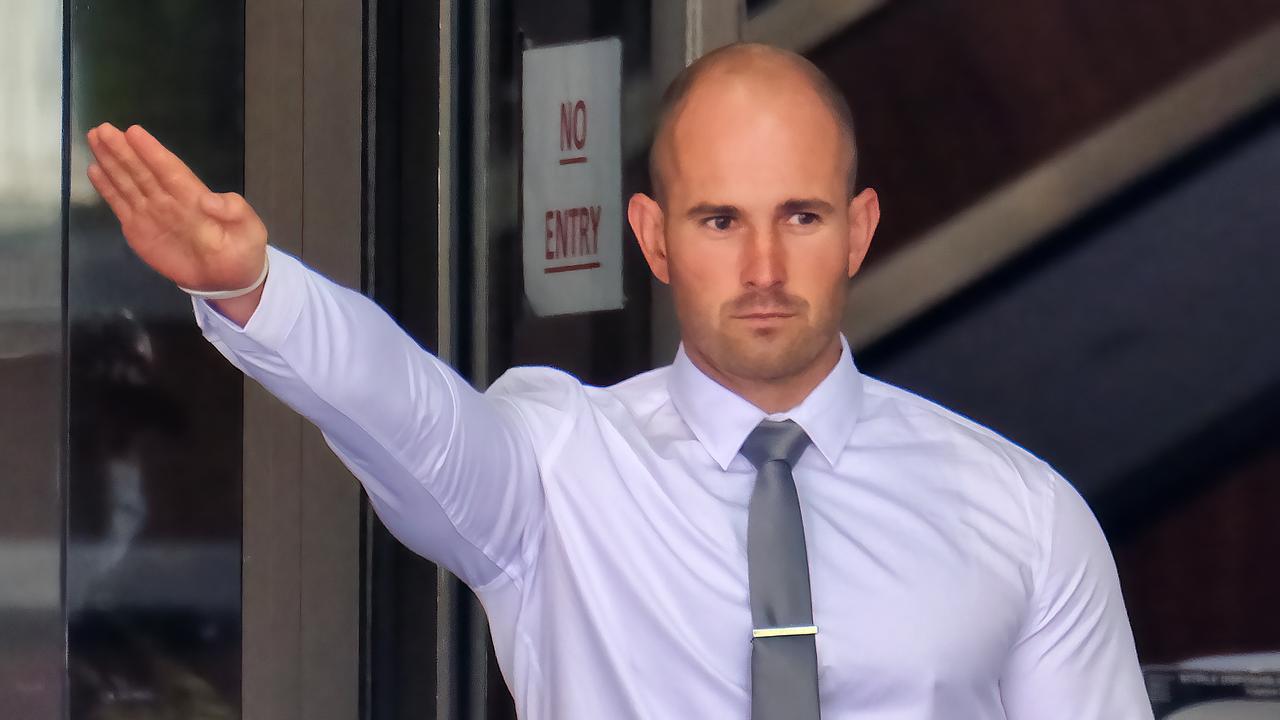 The men are part of the far-right European Australia Movement. The white nationalist group was founded by Thomas Sewell (above), who last week performed a Hitler salute outside of court after bashing a security guard. Picture: NCA NewsWire / Luis Enrique Ascui

The National Socialist Network, also led by Sewell, was behind a series of offensive letters dispersed across capital cities in recent weeks.

Pro-Nazi flyers circulated around Paddington in NSW and Auchenflower in Queensland, with more being delivered across Beaconsfield in Melbourne.

Several Nazi stickers were also placed across the “Welcome to Beaconsfield” sign.

One flyer said it was “calling all white Australians” who it said were “becoming a minority”.