The family of a pregnant woman fighting for life after she was hit in the head with a rock have been told that she and her unborn baby are “very unlikely” to survive.

Diane Miller, 30, was critically injured after a piece of concrete was thrown through her car window and struck her in the head.

She immediately went into cardiac arrest.

A relative of Ms Miller claims a group of teenagers were blocking her car into a parking space when the altercation broke out.

A 17-year-old boy has been arrested.

Ms Miller’s brother said doctors told the family his sister’s condition was “very unlikely” to improve, with the swelling of her brain getting worse, while speaking outside Royal Perth Hospital.

“They are going to keep monitoring her brain; if it keeps swelling it’s going to stop the blood going to her brain, you’re going to end up brain dead and once that happens … the baby will die (too),” he said. 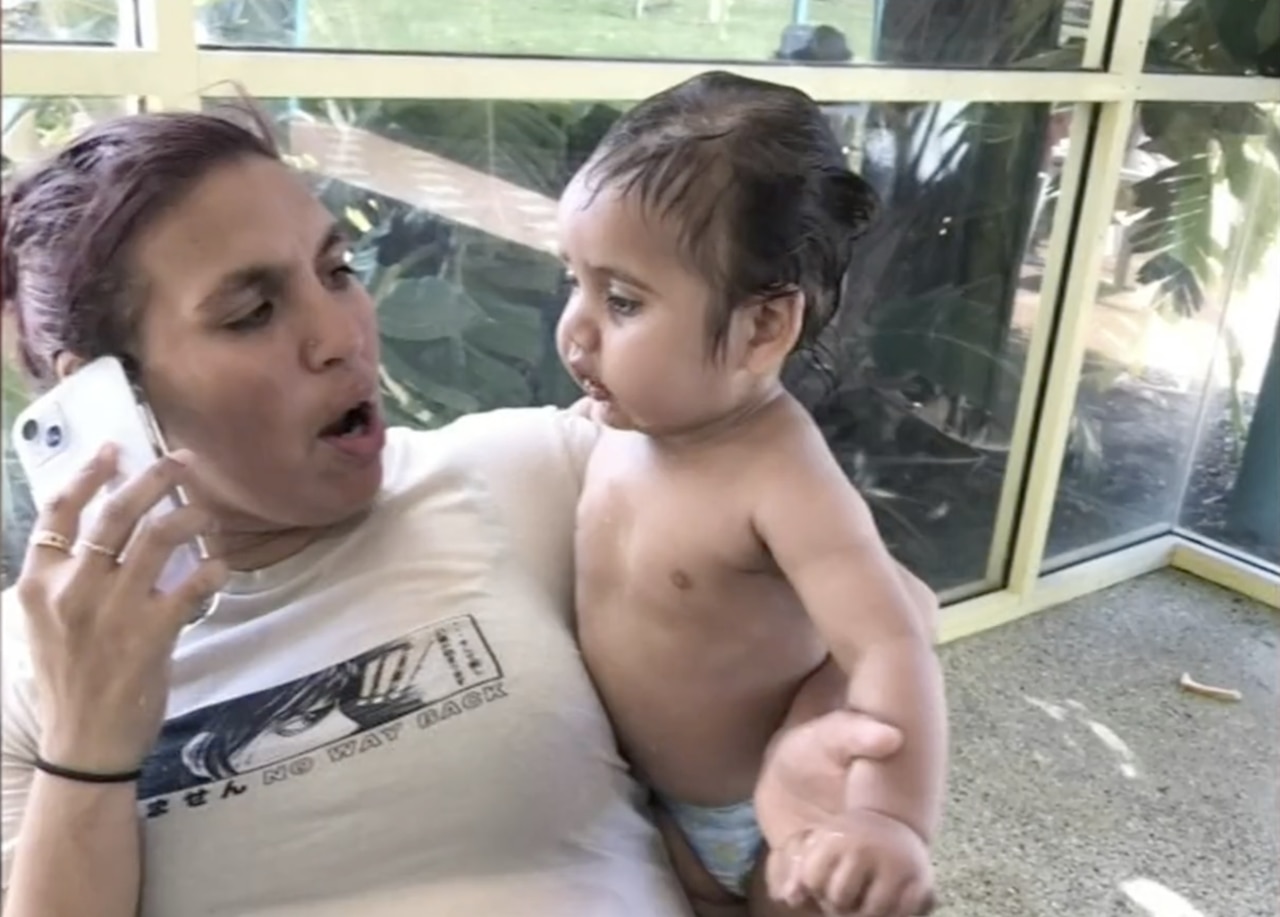 Her eight-month-old baby boy will likely be left without a mother, according to her brother, who said he “wouldn’t wish this on anyone”. Picture: Supplied

He said the baby was “too young to come out”, with the five-months’ pregnant mother due to find out the sex of her child next week.

Her eight-month-old baby boy will likely be left without a mother, according to her brother, who said he “wouldn’t wish this on anyone”.

“We are destroyed and we want justice. We want these people whoever they are … we want what’s deserved,” he said.

The brother of Diane Miller said doctors told the family his sister’s condition was “very unlikely” to improve, with the swelling of her brain getting worse, while speaking outside Royal Perth Hospital. Picture: Supplied

Police said there was a fight at the Waterford Plaza carpark on Manning Rd in Karawara between 7pm and 7.30pm on Tuesday.

“It will be alleged during the altercation, the 17-year-old male threw a rock at the vehicle, which went through the open front passenger-side window, hitting a 30-year-old pregnant woman in the head and causing her to go into cardiac arrest,” police said in a statement on Wednesday.

Police officers and members of the public performed CPR on the woman until paramedics arrived.

She was taken to Royal Perth Hospital where she remains in intensive care.

The boy, from Kensington, has been charged with causing grievous bodily harm and breaching bail.

Inspector Brett Baddock said the woman was five months’ pregnant and the baby was also fighting for life.

“We have some concerns for both her safety and also the baby,” he told reporters.

“The parties were not known to each other.

“I put it down to quite simply (allegedly) senseless, unprovoked violence, which is unacceptable, and we won’t tolerate it.”﻿

Police said their investigation was ongoing and detectives urged anyone who saw the incident, or who has footage of it, to contact Crime Stoppers.