A popular music festival has been lashed with heavy winds and rains, turning its pristine ground into muddy fields and bogging dozens of cars.

A Day on the Green went ahead with its planned festival at Mt Duneed Estate, near Geelong, at the weekend despite forecasts of damaging winds and thunderstorms.

By Sunday, tractors were required to get bogged cars out of the paddock. Construction vehicles and tractors were required to remove bogged cars from the Mt Duneed Estate, near Geelong, after rain and heavy winds rocked a music festival on Saturday. Picture: Mark Wilson

Crowded House, Angus & Julia Stone and The Waifs headlined the premier music festival, which cost upwards of $129 for entry.

Attendees partied into the night despite the stormy weather, with social media pictures depicting many donning raincoats and tarps amid the downpour. 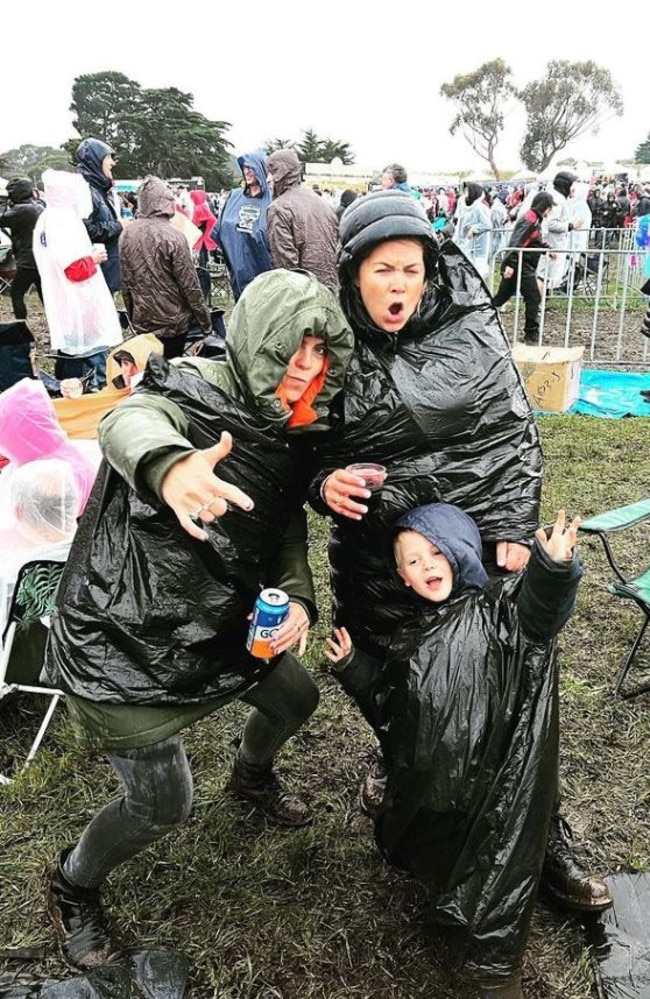 Revellers still enjoyed the festival in spite of the rain and mud. Original picture: staceandthegang

Mt Duneed Estate issued a statement on Sunday where they said they were “upset” by the impact of the weather.

“The organisers expected last night to be wet, but definitely not to the extent that it became,” a spokesman said.

Tractors were deployed early on Sunday morning to help move cars bogged in the slush overnight. 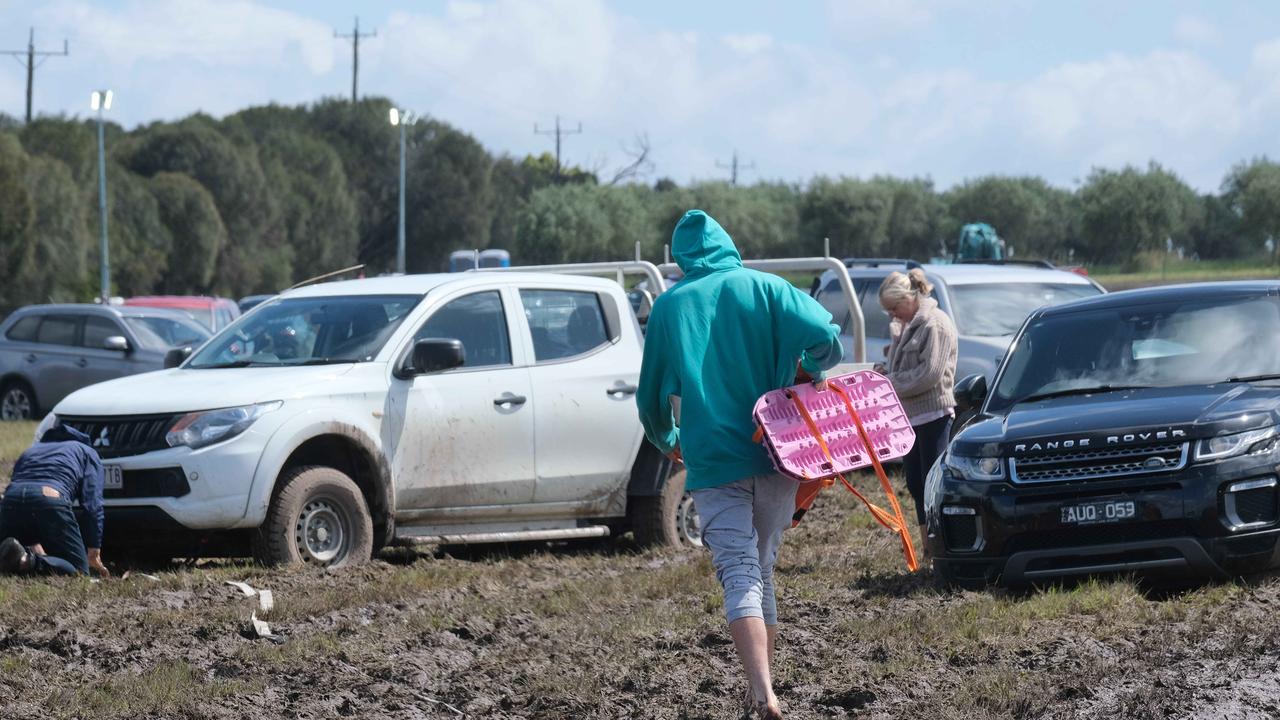 Dozens of cars were eventually retrieved from the muddy paddocks. Picture: Mark Wilson

Local farmers and volunteers even pitched in to move the vehicles and by 12.30pm, there were only 14 cars left onsite.

“Please make your way to your cars ASAP as we have a lot of tractors waiting with very few people at their cars,” a Mt Duneed Estate spokesman said on Sunday.

“Thanks so much for you patience. We are all doing the best we can.” 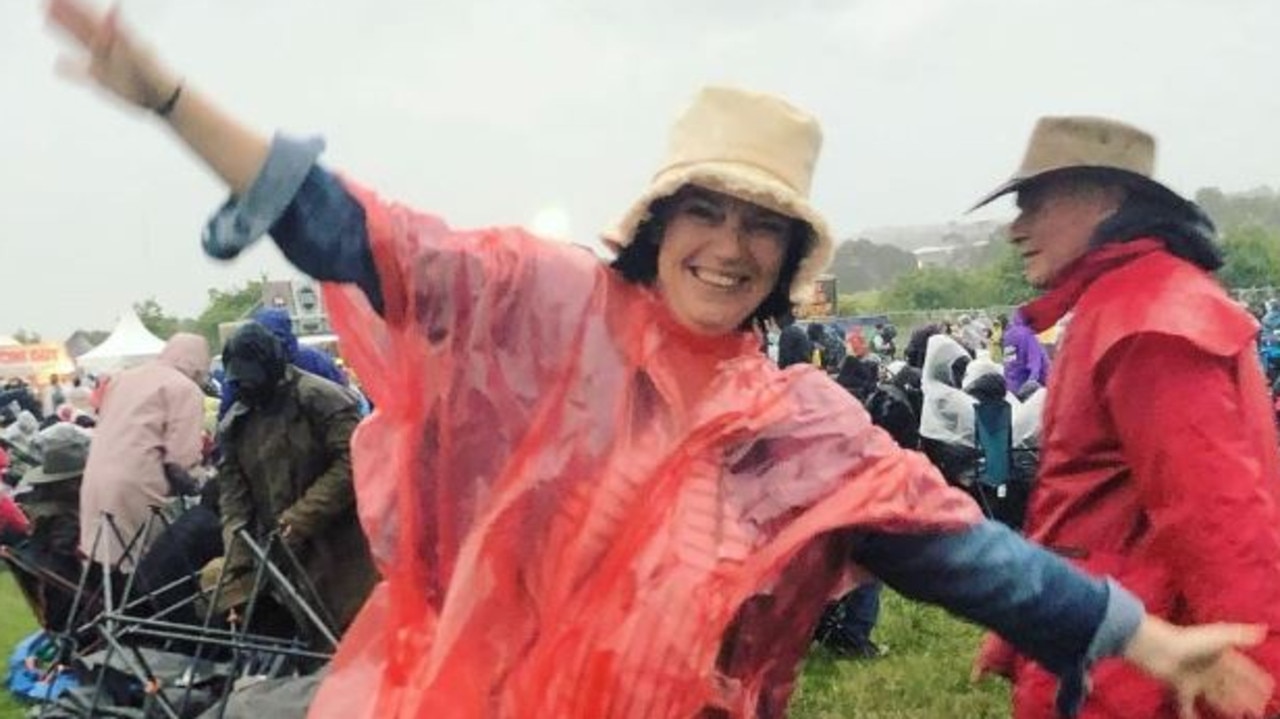 Original picture: joemoon3012 – “When the house is crowded and it’s flooded.”

“We take the safety of our patrons very seriously and work diligently with police, emergency services and other stakeholders to ensure this,” a spokesman told The Herald Sun.

“All decisions made are done based on the advice to hand.” 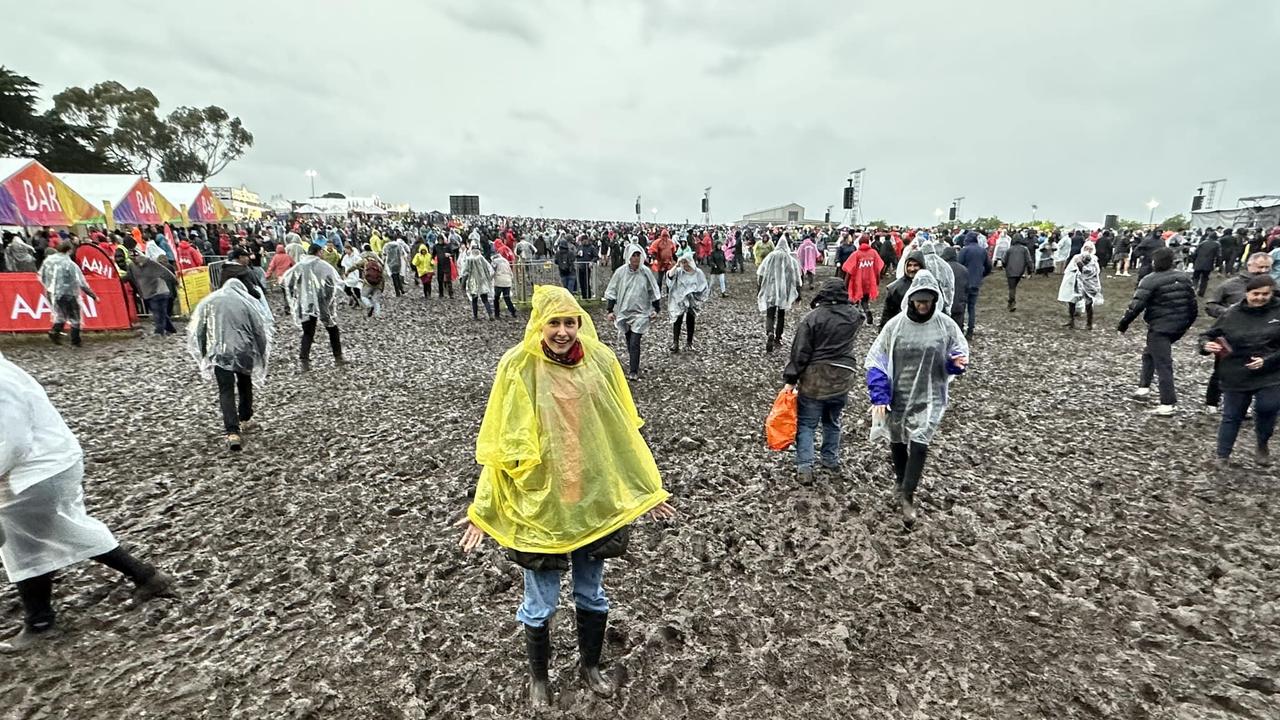 Revellers were covered in mud and rain at A Day on the Green. Picture: Facebook 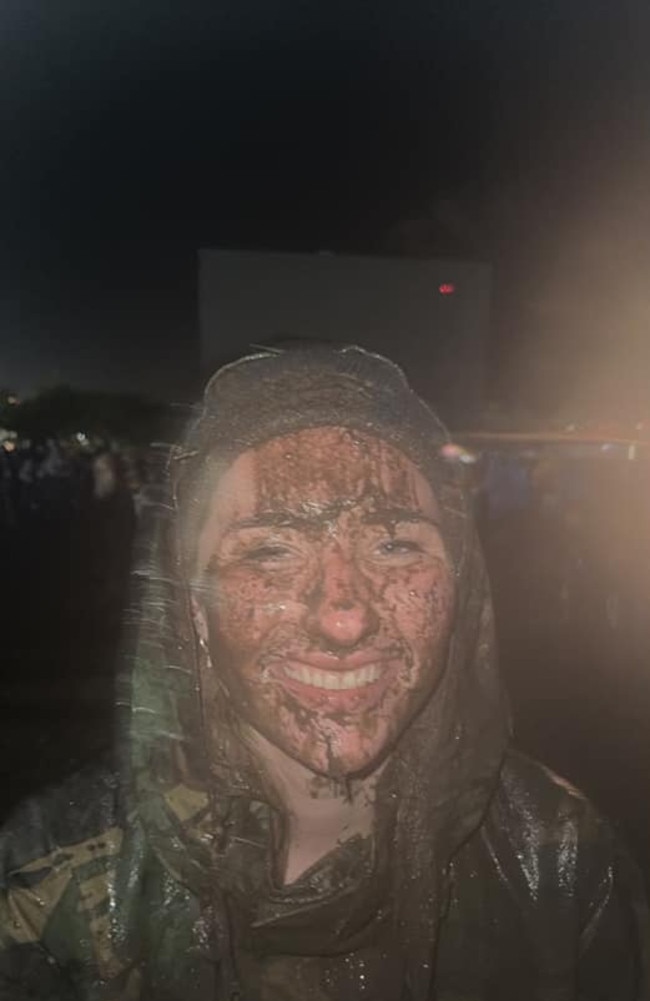 Some attendees didn’t come prepared for the wild conditions.

A similar scenario unfolded in Aberfeldie, Melbourne as organisers behind the Illuminate the River festival pulled the pin due to damaging wind gusts of over 85kmh.

Minimum temperatures across Victoria are forecast to drop below 15 degrees next week as a cold front moves across Australia’s southeast, making it feel “closer to Winter”.

“It’s not quite as nasty a change for NSW and Central Australia as we’ve seen a couple of times already this month,” Sky News Meteorologist Rob Sharpe said

“But it’s remarkably cold, we’re almost into Summer now and we’re still talking about Winter-like weather in the southeast of the country.”