One of NSW’s most wanted fugitives has been found allegedly trying to escape in the hull of a boat on the other side of the country.

Alleged bikie associate Mark Horne was awaiting trial for the shooting of a truck driver in 2020 when he allegedly escaped from the Sydney suburb of Riverwood.

The 32-year-old had been on the run for three months after he allegedly cut off his electronic monitoring bracelet. 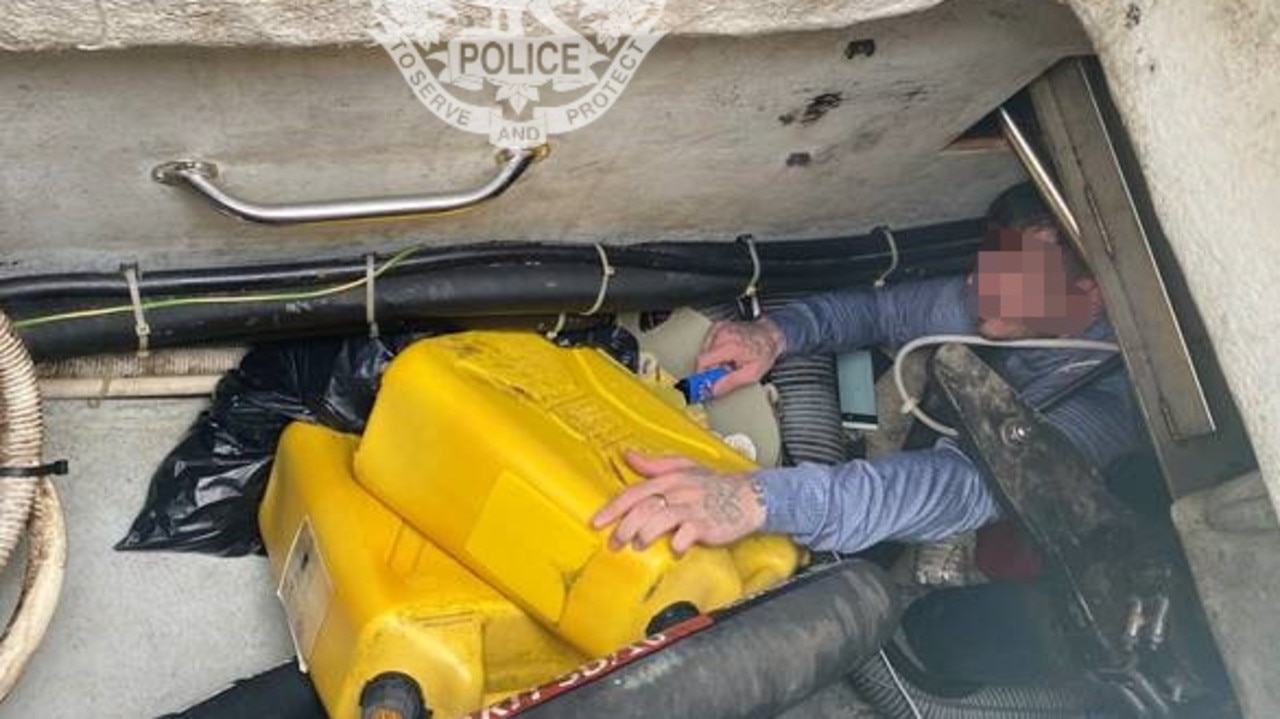 NT Police say they made the unlikely discovery on Wednesday while performing a clearance check on a boat about to set sail from Cullen Bay Marina in Darwin.

Police say he was found cowering beneath fuel containers in the hull of the yacht.

It ends a nationwide manhunt for Mr Horne who is also alleged to have stolen $550,000 from the truck driver.

He was arrested and will face an extradition hearing in Darwin on Monday.