Aussies have been left divided over the decision to install three tree stumps in a children’s playground.

The unique design appeared at a playground in the Canterbury Bankstown City council in Sydney’s south west.

Sharing a photo of the playground on Reddit, one confused local questioned the purpose of the stumps.

“What is it for? And is it a good swap for swings? The redesign of the playground is now complete so it’s not something half done,” the user wrote.

“The council is Canterbury Bankstown City, if you were wondering.” 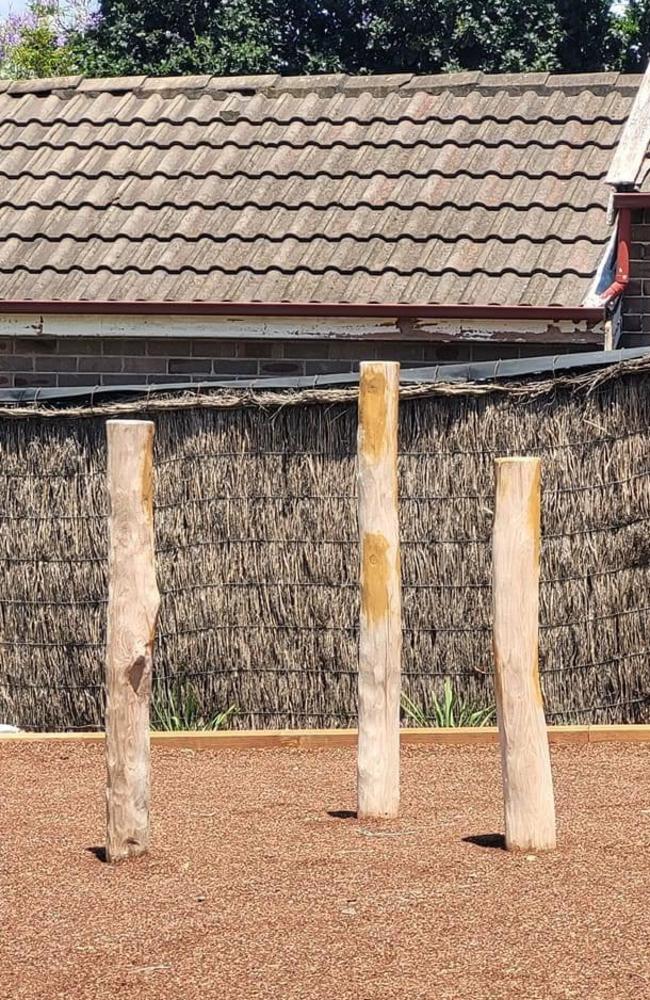 Many comments appeared confused at the purpose of the poles. Picture: Reddit.

In comments, people advocated for the concept as an example of ‘creative play’ for children. Unlike conventional playground equipment, the non-prescription equipment allows kids to come up with their own way of interacting with structures.

“Whenever you see random things like this that don’t seem to do anything in a playground, they’re for creative play,” one person explained.

“Kids can hit them, climb them, hide behind them, run around them, whatever. Doesn’t matter.

“The idea being that if everything in the playground has a set way that you’re supposed to engage with it kids are then limited in how they can use their imaginations, random s**t gives them a chance to do whatever without an adult being able to say they’re doing it wrong.”

Agreeing, another person wrote: “I remember as a kid sometimes you just wanted a solid post or a wall you could throw balls at, use as a cricket stump etc. I definitely support this.” 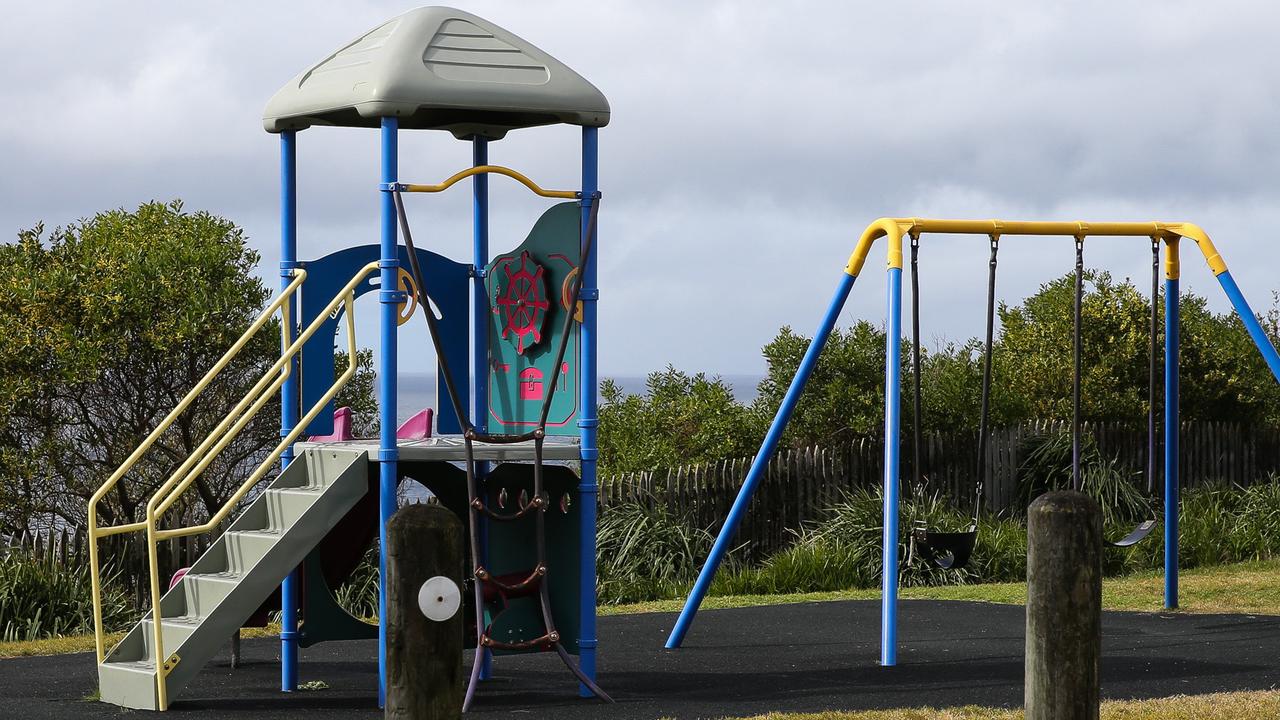 Unlike normal swing and slide sets, the tree stumps are an example of ‘creative play’. Picture: Gaye Gerard/ NCA Newswire

However, others raised concerns over the potential safety risks caused the upright logs. One user imagined children could attempt to jump off one of the trunks, which they said could cause serious injury.

“Scar for life!” they wrote.

There were also several jokes made at the expense of the local council.

“Once sharpened, they’ll do an excellent job of impaling heretics alive,” read one comment.

“The council either had too many logs or not enough logs,” wrote another user.

News.com.au has approached the City of Canterbury Bankstown Council for comment, however they did not respond at the time of publishing.

Instead of the plush grass and curved edges, the playground featured large climbable boulders and sharp edges.

This @cityofmelbourne playground opens today – with boulders on skateboards and slides propped up by rocks. Ummmm – are you sure, @LordMayorMelb ? Sally Capp joins me this morning. And no way Iâ€™m going down that slide. @abcmelbournepic.twitter.com/WJp6LSd6Ka

Writing for The Conversation, a Senior Lecturer at the University of Sydney’s Sydney College of the Arts, Sanné Mestrom said the “meticulously designed, structurally engineered” playground only give the “illusion of danger” and can “bolster, fortify and increase psychological resilience among children”.

“When given the chance, even very young children show clear abilities to negotiate unfamiliar spaces, manage risks and determine their own limitations.”