We are only a few days into schoolies 2022 and already the wild – and gross – antics of some school leavers have been exposed online.

Schoolies week one kicked off on the Gold Coast on Saturday and, while Queensland Police have praised the behaviour of those attending celebrations, the “feral” actions of some attendees have been playing out on social media.

One school leaver has shown the state of the hotel room he and his friends are staying in after just two nights of partying.

In the TikTok video, empty pizza boxes, various rubbish and – of course – a huge amount of empty drink cans can be seen covering tables and the ground in the room. 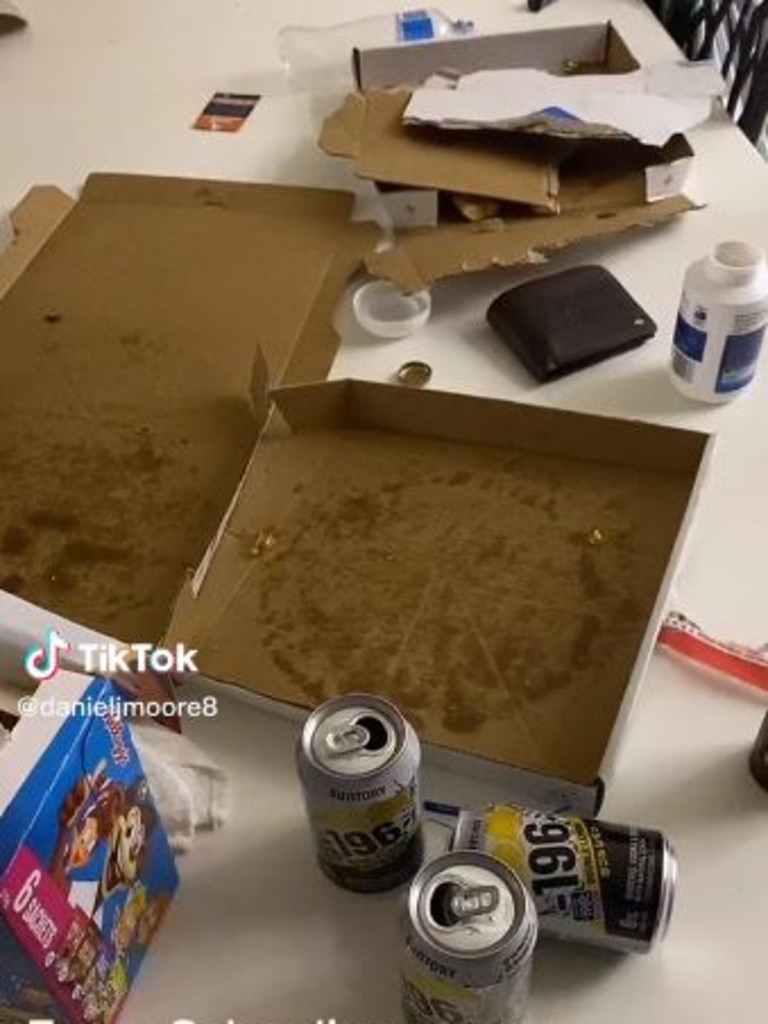 Rubbish can be seen strewn around the room. Picture: danieljmoore8/TikTok 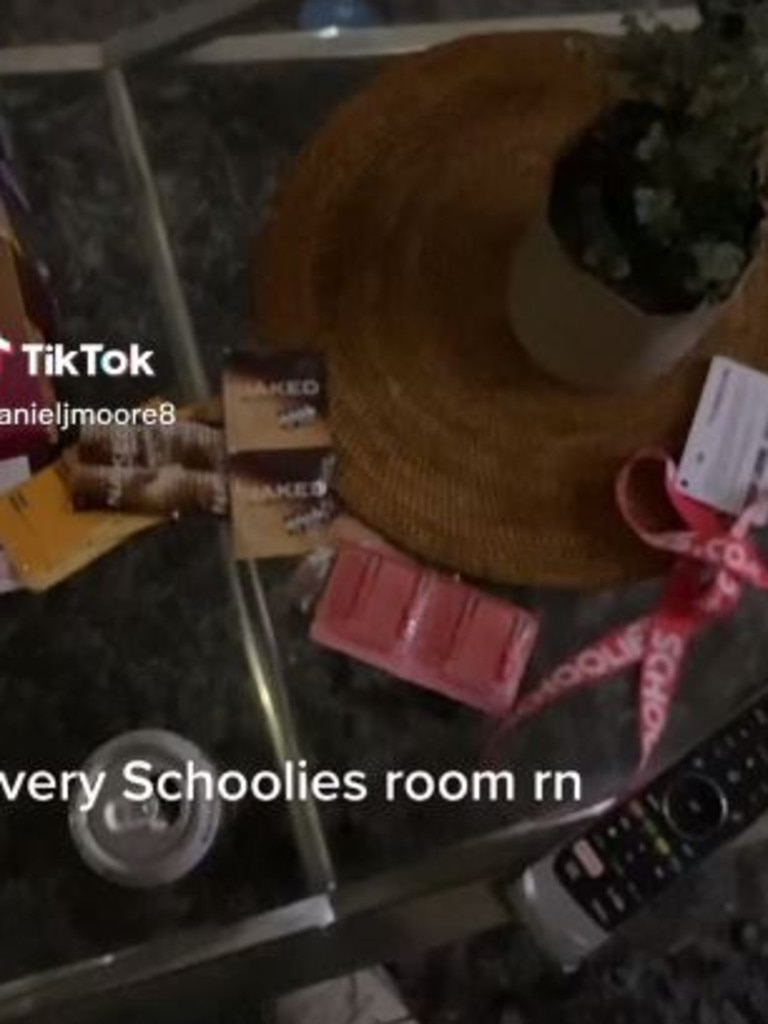 Packets of condoms sit open on the table. Picture: danieljmoore8/TikTok

Vapes, packets of condoms, empty McDonald’s bags and piles of clothes are also strewn around the place.

A look inside the fridge shows it is packed full of more alcoholic beverages, with a single tub of butter and a bottle of tomato sauce appearing to be the only non-alcoholic items in view.

The video was captioned: “Every schoolies room rn.” 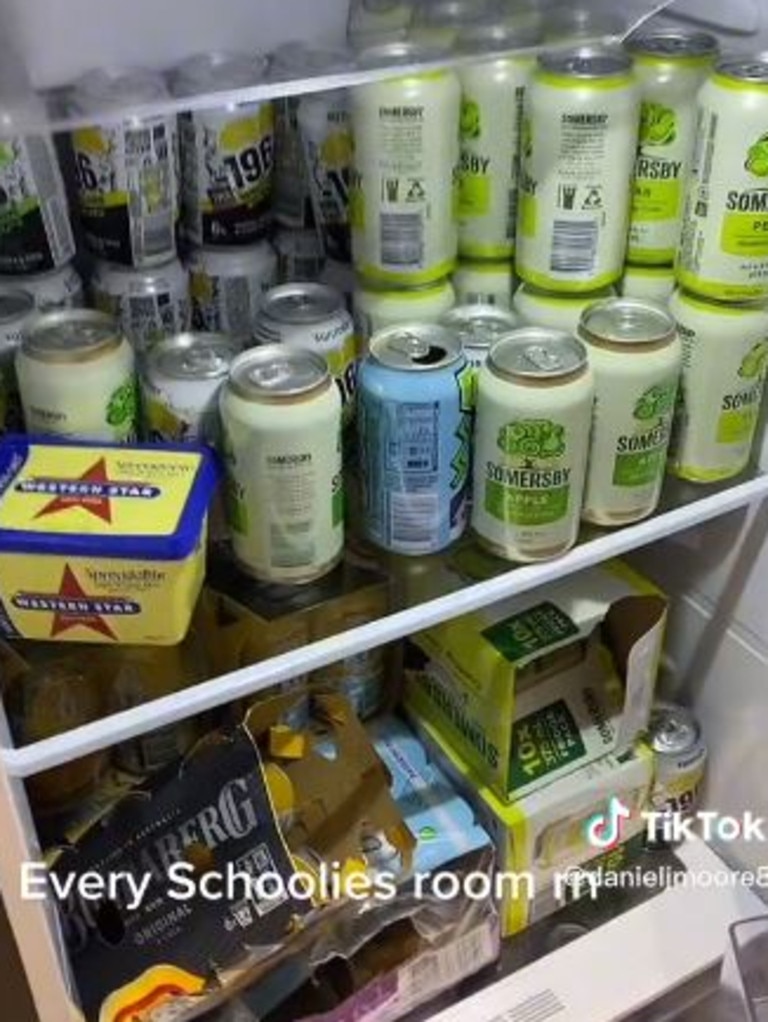 The fridge is packed full of drinks. Picture: danieljmoore8/TikTok 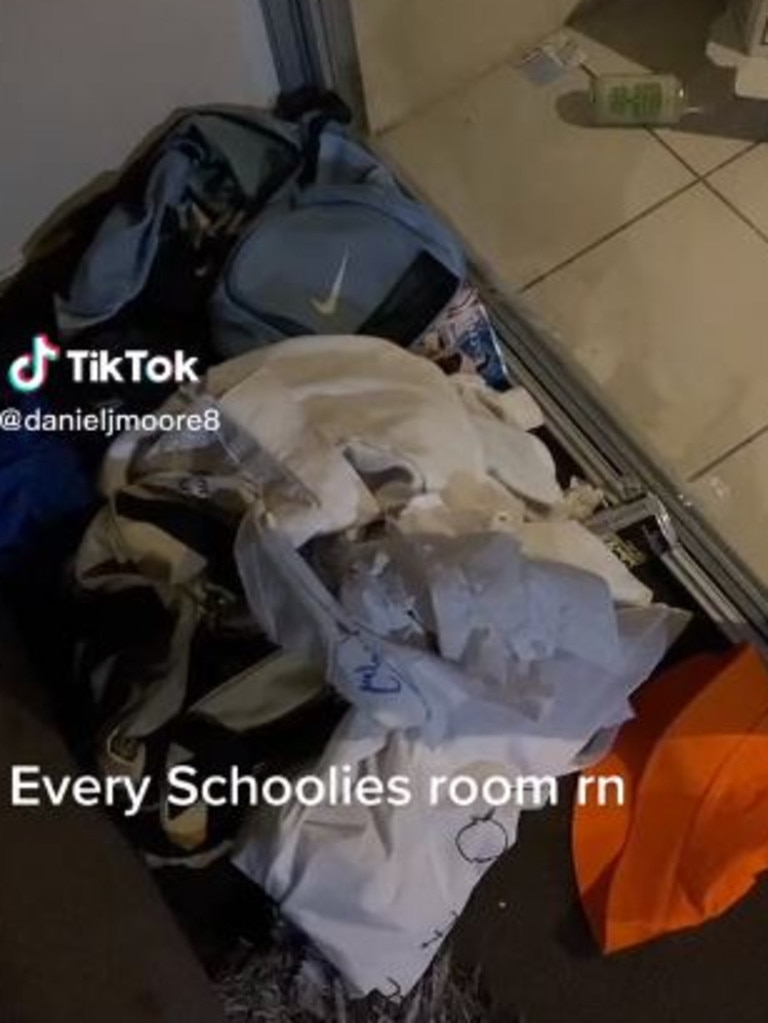 Schoolies is now entering its third day of celebrations on the Gold Coast. Picture: danieljmoore8/TikTok

Other videos have shown the huge mess left behind on the street following the first two nights of partying.

Another person claimed Schoolies had “never been this bad”, saying the 2022 graduates “just don’t have the respect”, 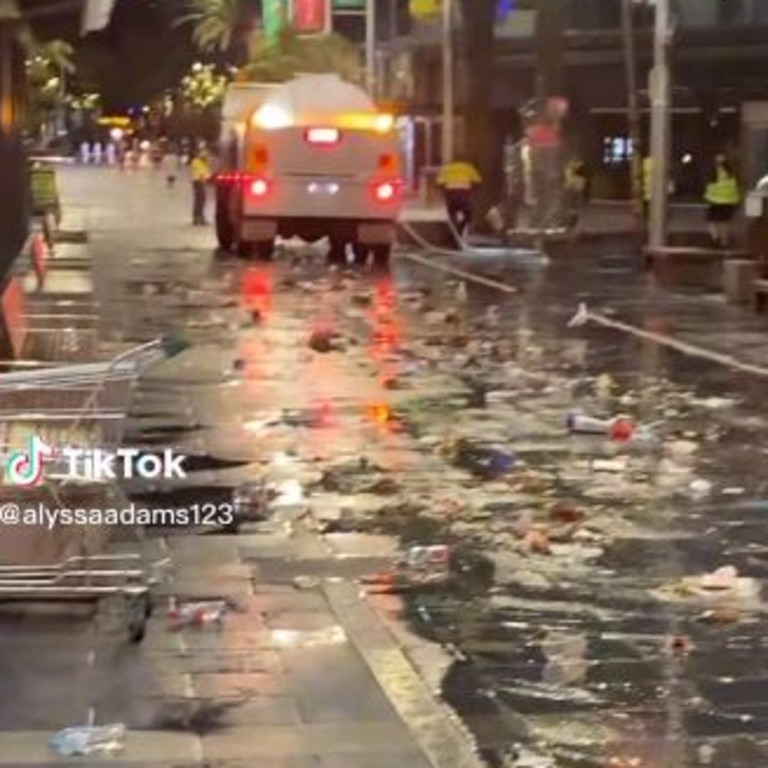 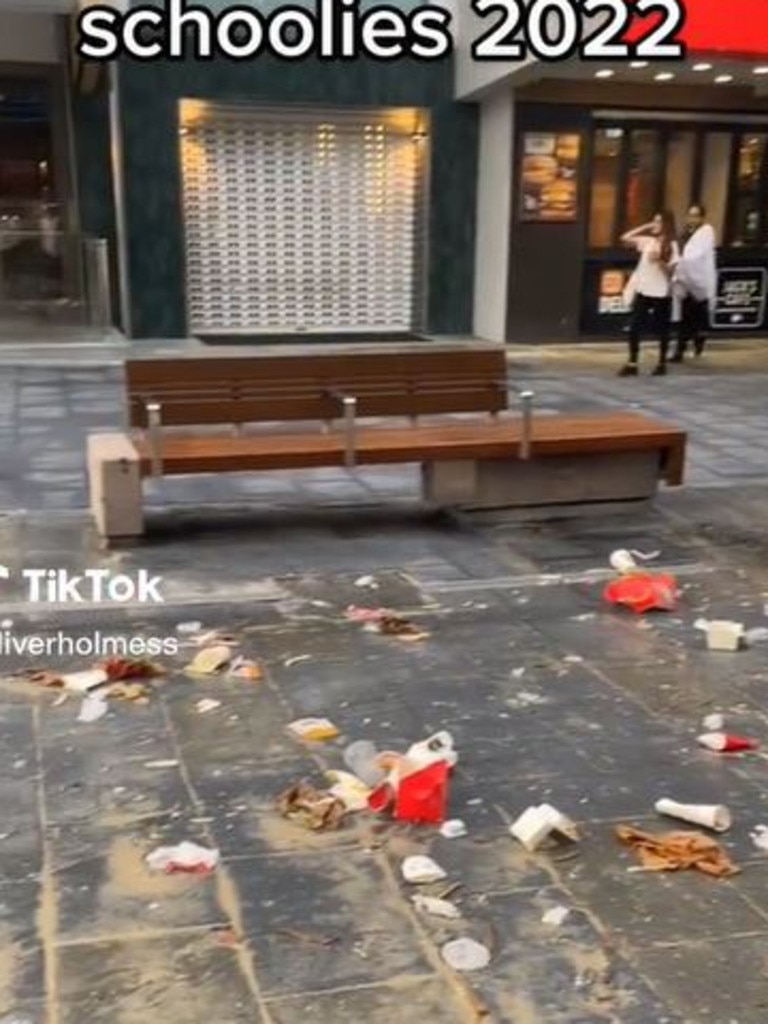 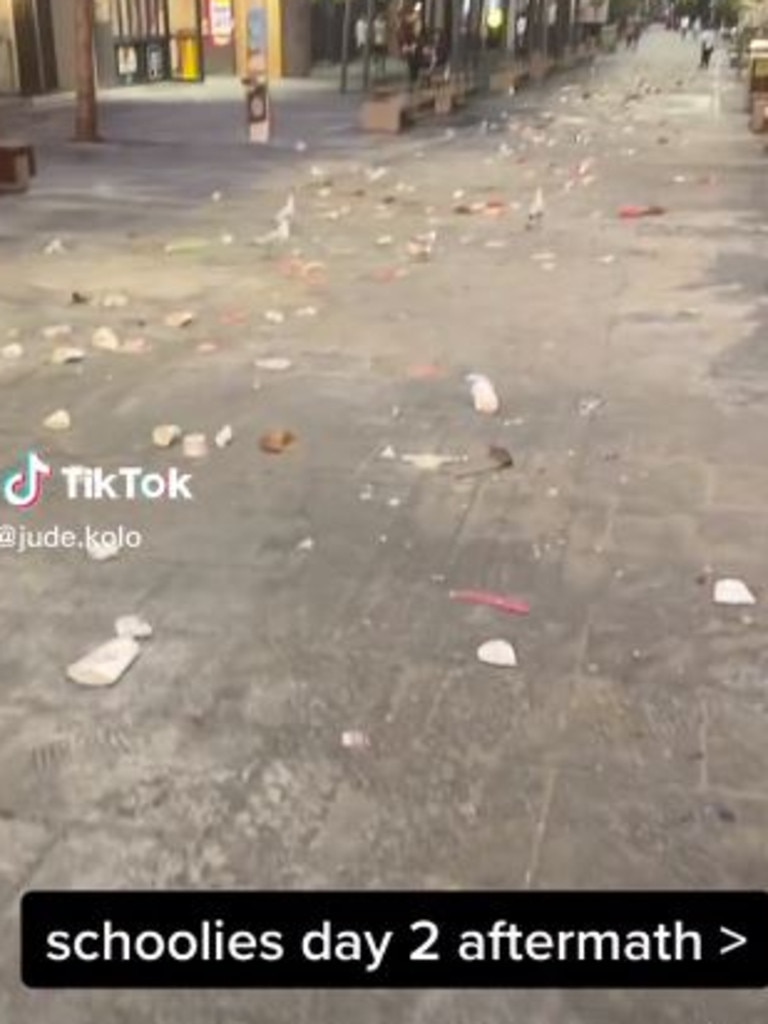 This was the ‘aftermath’ of the second night. Picture: jude.kolo/TikTok 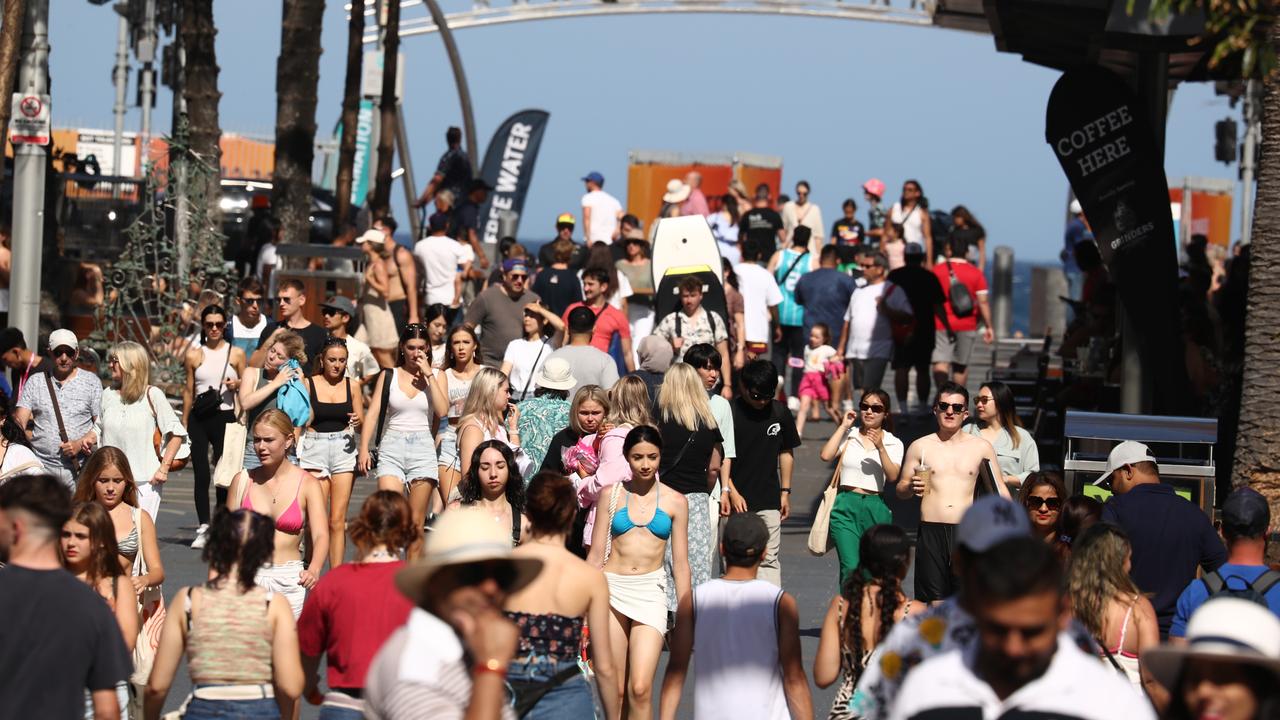 Schoolies has only entered its third day and some attendees have already claimed to have been kicked out of their hotel.

Two teenage boys posted a video to TikTok of them dancing after claiming to have been booted from their hotel for “excessive possession of alcohol”.

The poster then uploaded another video saying their friends had let him stay at their hotel at the Hilton.

“Got evicted from my sh**ty hotel but now I’m camping att the Hilton for the cost of drinks,” he wrote on the video.

“Homies letting me sleep on the balcony to get me off the streets for the next week,” the caption read.

However, many people were sceptical about his claims, saying they had never heard of such a rule. 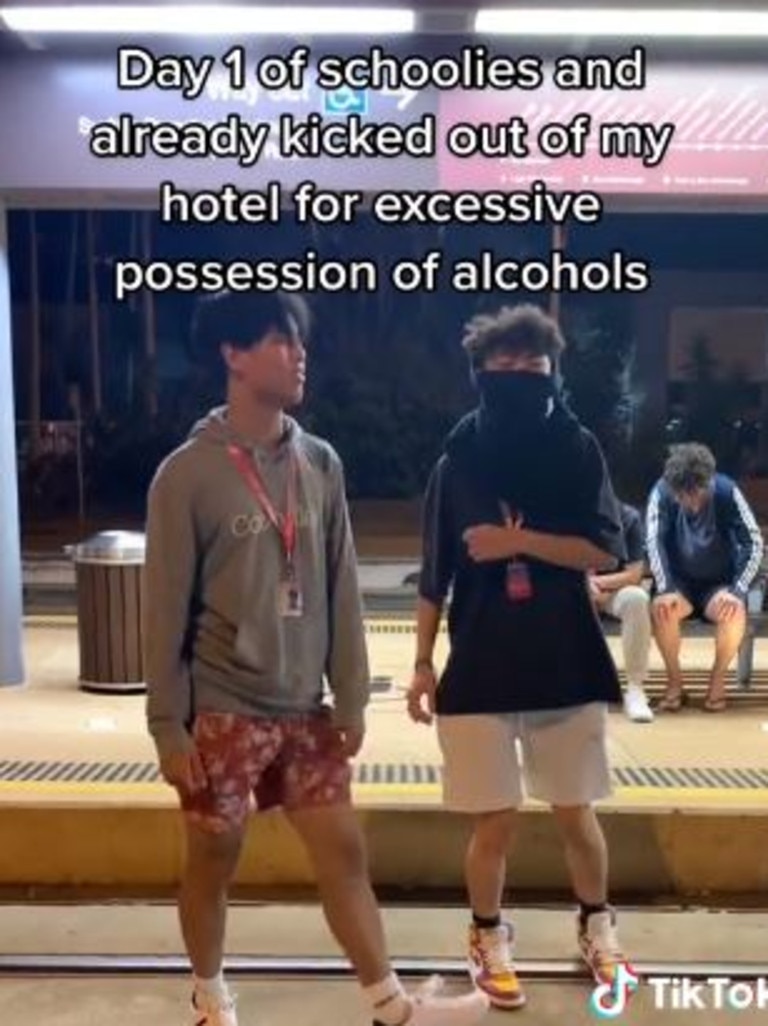 Other school leavers claimed they were kicked out of their hotel for possessing ‘excessive alcohol’. Picture: daddy_.d1/TikTok 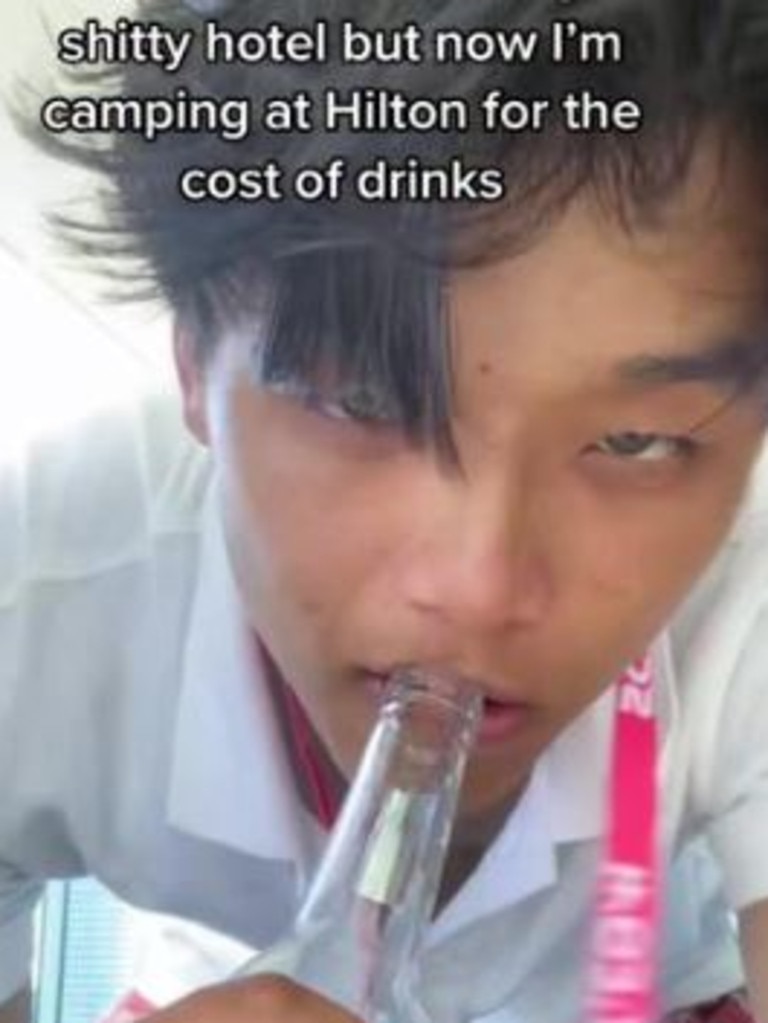 The poster claimed they were now staying with friends at the Hilton Hotel. Picture: daddy_.d1/TikTok

One group has been conducting “interviews” with people they have run into on the streets during the celebrations.

In one of the videos, a boy asks a group of girls how their night is going so far, to which one of the teen responds: “Pretty f**king s**t”.

“Um, well we get to Surfers and we run into the back of a cop bike, reversing into it, and then we get arrested in a stolen car,” she claims,

This prompted the interviewer to say that was “wild”, before his friends all urge him to skip to the next question, which is asking the group who they would “f**k, marry and kill” out of the three boys before them.

The uploader also had another video asking a different teenage girl this exact same question.

The TikTok user conducting the “interviews” doesn’t even appear to be a 2022 school leaver, with his profile showing video’s celebrating last year’s schoolies event.

When one commenter pointed out he and his friends graduated last year, the TikTok user claimed Surfer’s Paradise was “open to the public”.

Another person branded him a “toolie”, to which he responded that he was a “club goer”. 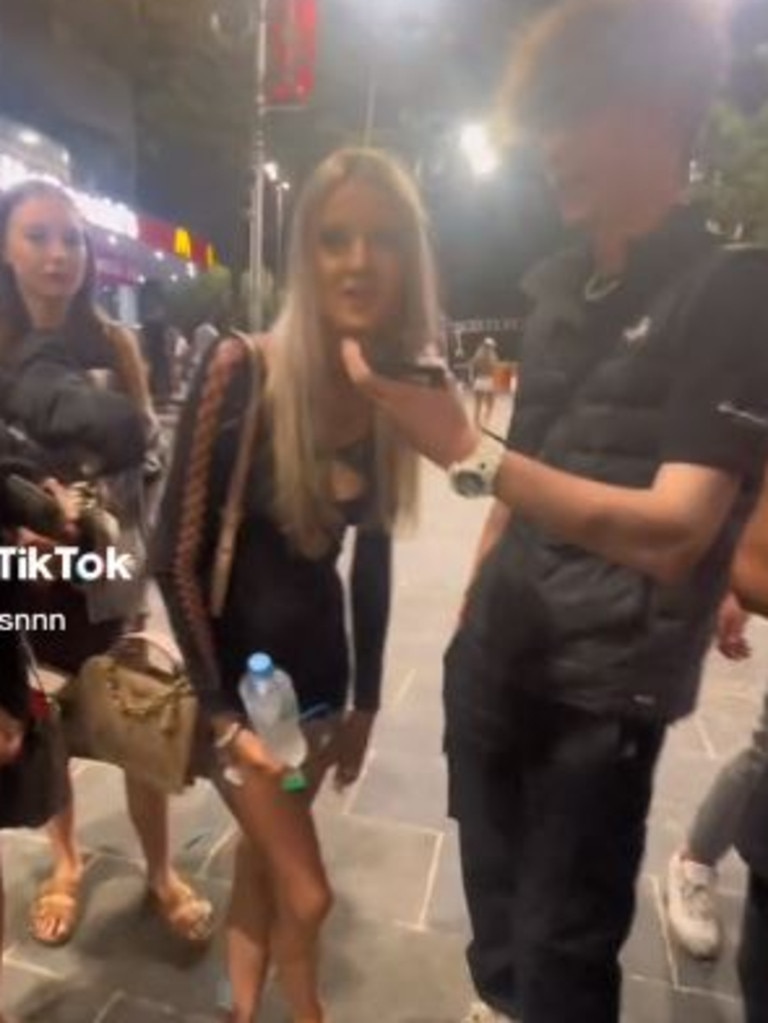 One person, who appeared to have graduated last year, has been conducting interviews with teens. Picture: lawsnnn/TikTok 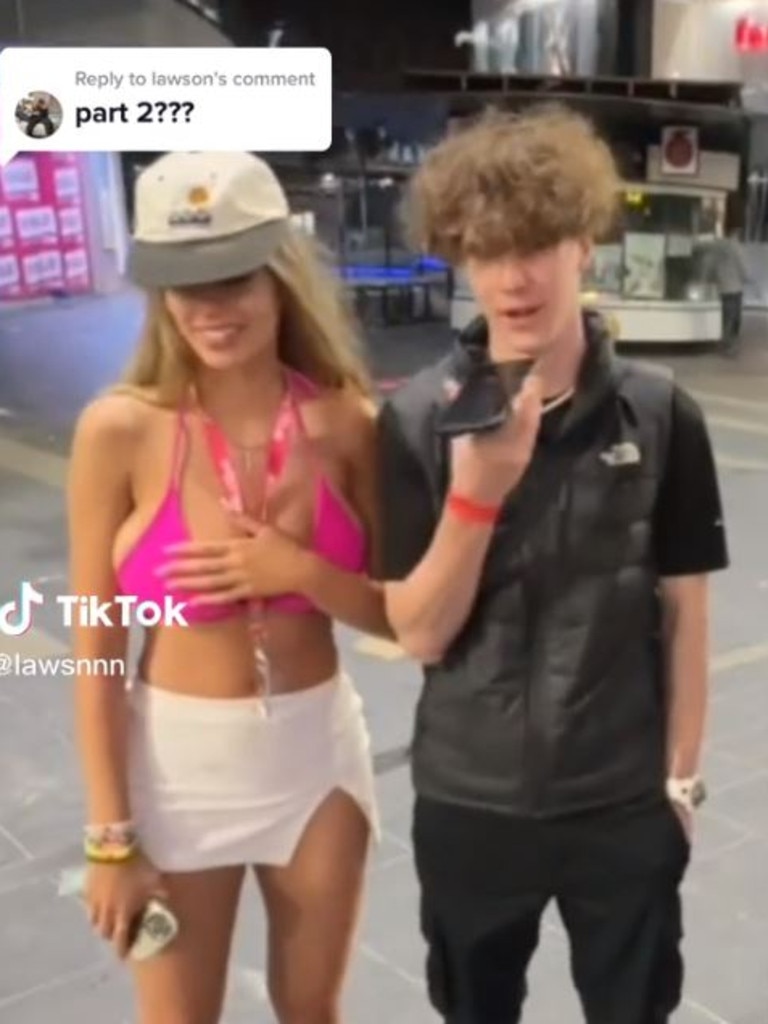 He has been asking girls lewd questions and posting their answers on TikTok. Picture: lawsnnn/TikTok

Many teens have been quick to show the less-glamorous side of schoolies, with one user showing what many attendees have to go through just to get back into their hotel rooms.

The video, taken at Hilton Surfers Paradise Hotel, shows a huge line of school leavers waiting to get into the lifts to get back to their room.

“When the Hilton lift takes forever so you just have to wait,” the TikTok user captioned the video, with the line appearing to stretch almost out the doors of the hotel.

The video has been viewed more than 244,000 times and appeared to trigger some “unwanted” flashbacks for some viewers.

“Oh gosh this brings back unwanted memories,” one person wrote.

“Had to walk down 41 flights of stair half the time at schoolies was not waiting for that lift,” another said.

One person offered a warning for when it was time to check out, saying: “Just wait till you are leaving on Saturday. When I went it took us over an hour to get a lift.” 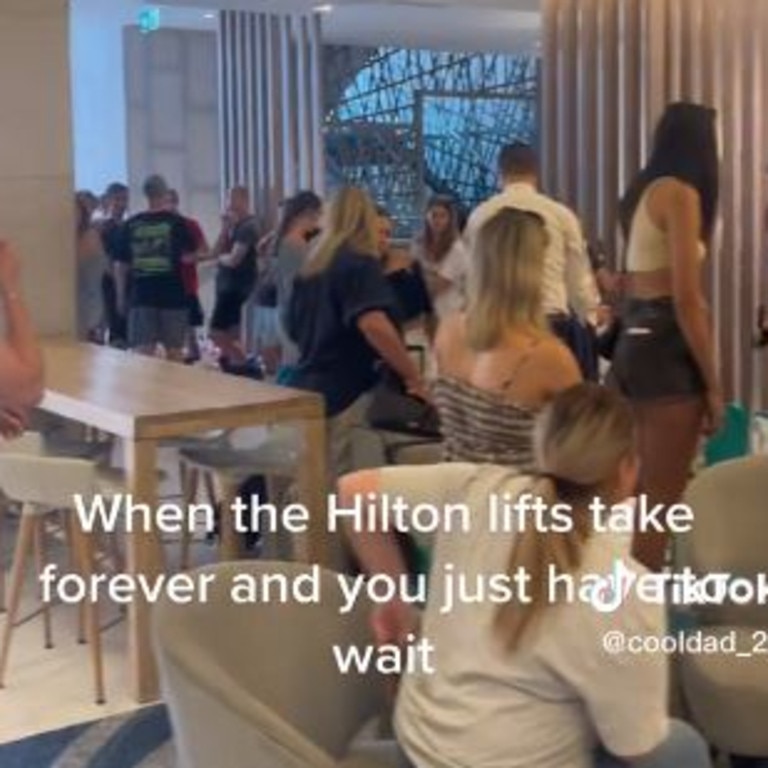 Others have been complaining about the long lines just to get back up to their hotel rooms. Picture: cooldad_26/TikTok

Around 20,000 people are expected to descend on Surfers Paradise during the first week of schoolies, with police deploying extra officers to the area.