Shocking video has captured the moment a tourist boat on the NSW south coast barrelled into massive waves, sending one man overboard into the ocean.

Onlookers watched from the shore as a charter boat travelling off the coast of Narooma about 11am on Wednesday confronted a large swell.

Two massive waves rolled in, sending the boat tipping up into the air twice before a man was spotted floating in the water. 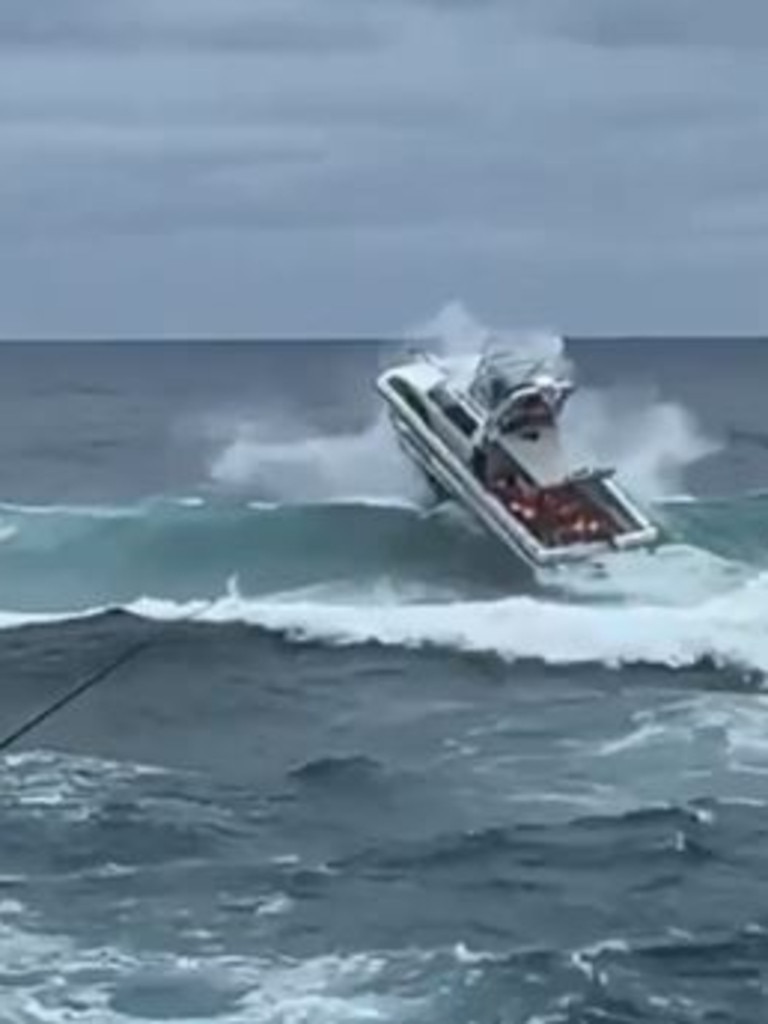 A man has fallen overboard at Narooma. Picture: Nine News 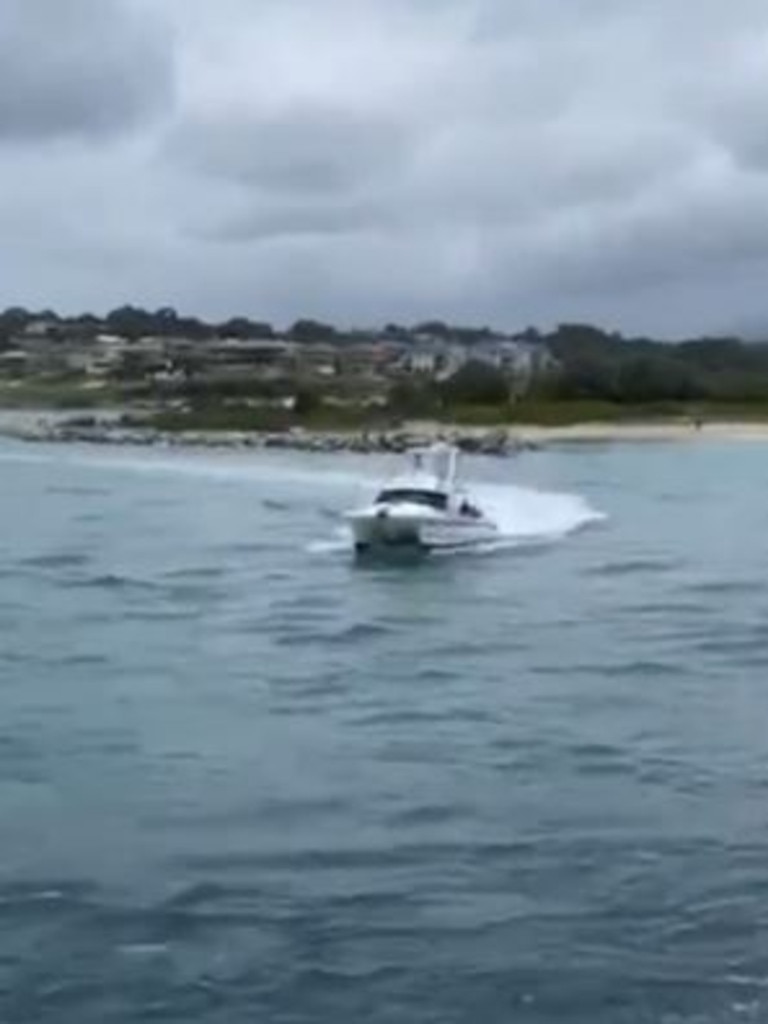 The shocking moment was captured on video. Picture: Nine News

“Hold on a minute, there’s a bloke in the water,” local Graham Martin recalled to Nine News.

He said it was “pretty precarious” with “sharp jagged rocks” encroaching on the man.

“We started realising it was pretty precarious, there is sharp jagged rocks either side of him.”

The onlookers quickly jumped into action to help rescue the man from the rough seas but it reportedly took more than 20 minutes to get him to safety.

“Certainly my wife and I took the kids away in case there was something bad that they could have seen,” Mr Martin said.

Police said the man in his 50s was assisted by Surf Life Saving and Marine Rescue officers before Eden Water Police eventually got him to shore.

Paramedics treated him for chest injuries and he remains in a stable condition in South East Regional Hospital in Bega.

Two other passengers were taken to Moruya Hospital with potentially broken limbs.