The shell shocked father of two men responsible for the killing of two police officers and an innocent neighbour has broken down in tears as he revealed chilling new details on how the men turned down a “dark track”.

Ron Train told A Current Affair on Wednesday he would not describe his sons as “monsters” and that he had never stopped loving them, despite years of estrangement.

“I‘d describe them as two boys who lost their way in life,” he told the program.

He said the pair were raised with “Christian beliefs” but had turned away from their upbringing.

“They went down this track, this dark track, which we have no understanding of.”

Nathaniel and his younger brother Gareth, who have two other siblings, became estranged from their parents in their early 20s.

Both men were “obsessed” with guns, with Gareth harbouring the most concerning level of interest.

Ron said he had a “complete meltdown” after hearing what his sons had done.

“I cried out to God, as because you know I’m a believer. I just could not understand.” 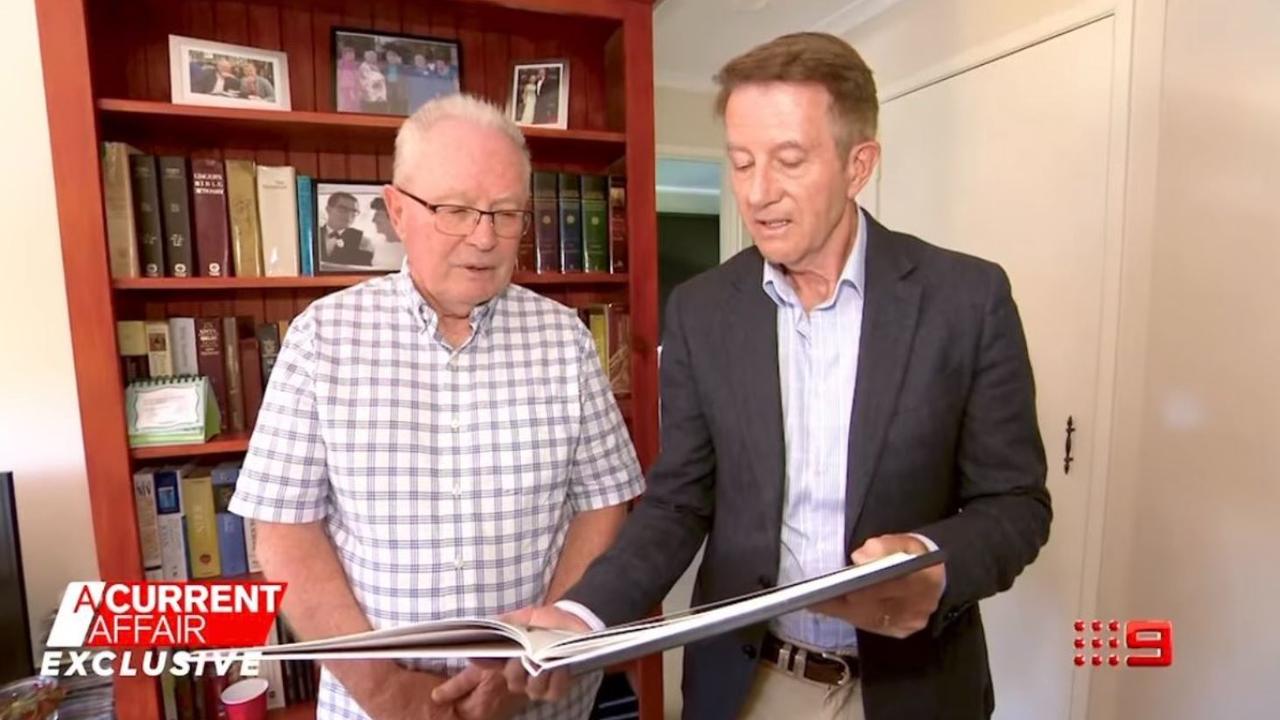 Ron Train, the father of cop-shooters Gareth and Nathaniel. Picture: A Current Affair

One of the shooters, Nathaniel Train, had been a principal at several schools around Queensland and NSW before the attack.

Mr Train said he understood how police and the loved ones of those killed by his sons felt, but claimed the pair had been “demonised” in the media.

He told the program he did not feel responsible for his sons’ actions, but did not feel compelled to defend them.

“Those decisions were made as adults. I can‘t accept responsibility for something in an adult mind,” he said.

“There’s no excuse for that. No excuses for their behaviour, And I don’t excuse my boys their actions at all.

“They’ll stand before God in this world, They can’t be brought to justice the secular world, but they will before God.”

The horrific attack began after four officers, attended the property as a part of an investigation sparked by a missing person report of Nathaniel Train.

The crews from Tara and Chinchilla Police Stations arrived at the remote property at about 4:40pm, with a source close to the investigation told NCA NewsWire what unfolded next was “very, very rapid”.

Constable Rachel McCrow, 29, and Constable Matthew Arnold, 26, arrived first, honking their horn to alert the residents of their presence, with Constable Randall Kirk and Constable Keely Brough following behind. 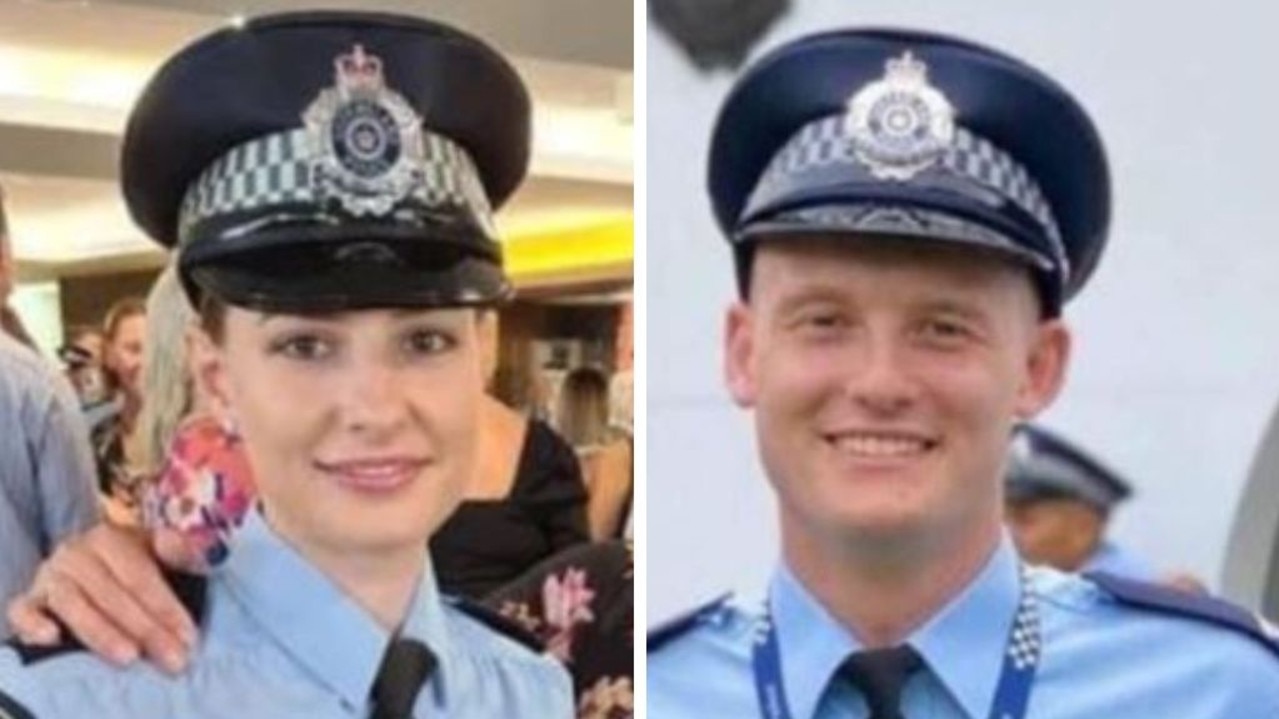 Constable Rachel McCrow, 26, and Constable Matthew Arnold, 29, were gunned down at the property in the western Darling Downs, about three hours west of Brisbane.

After there was no movement from the house, the four officers left their cars and jumped over a locked fence while approaching the property.

Seconds later, the officers were under heavy fire from a group of camouflaged assailants, now known to be brothers Nathaniel and Gareth Train, and the latter’s wife Stacey.

Constable McCrow and Constable Arnold were instantly hit, and fell to the ground, while Constable Kirk and Constable Brough were forced to run for their lives.

NCA Newswire understands Constable Kirk was also shot in the leg in the same hail of gunfire but managed to make it back to his police car as he hadn’t jumped the fence.

The offenders gave chase and fired into his car as he drove away, calling for help, causing him to become showered in shards of glass.

13/12/2022: An aerial view of the scene at a property in Wieambilla where the shooting took place. Source: Nine 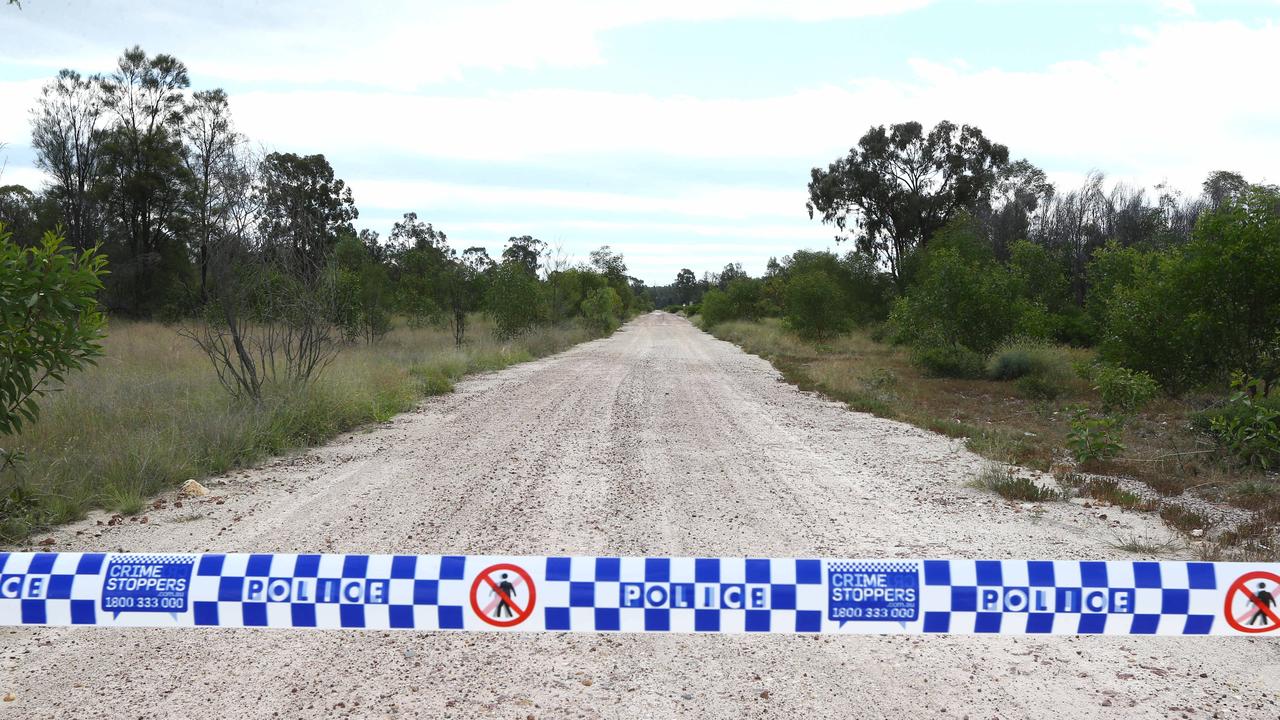 As the assailants tried to hunt down Constable Kirk, his colleague Constable Brough had managed to escape on foot into dense scrubland. 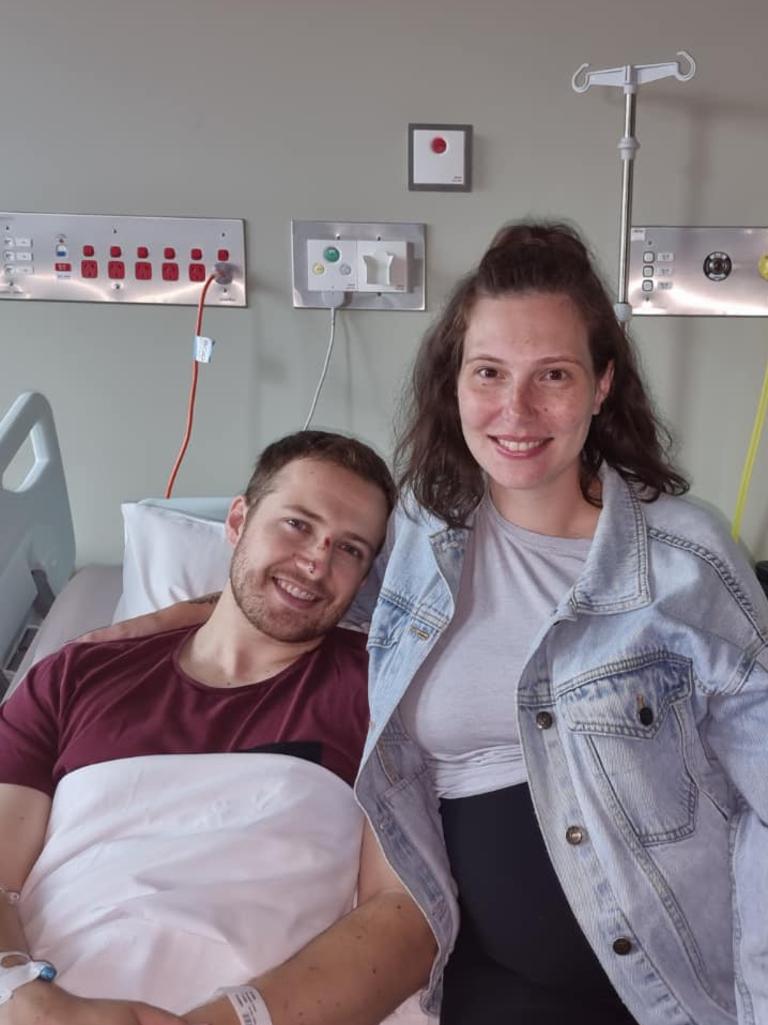 Constable Kirk had to have surgery to remove shrapnel from his body following the attack and has been reunited with his wife and child.

QLD Police Constable Keely Brough escaped a shooting at a Wieambilla property by running through the bush.

Mr Leavers revealed the team of 16 special forces officers sent in to retrieve the dead bodies of their colleagues and Mr Dare and to extract Constable Brough from the burning bush were also shot at in a final sickening act.

He tadded that the officers “never had a chance” and this is “not what you expect” when responding to a call about a missing person.

Mr Leavers claimed after the rookie officer ran into the bushes, a fire was lit by the alleged attackers to “try and coax her out”.

56-year-old Alan Dare was then killed after going to investigate a shooting at a neighbouring property at around 5pm.