Community leaders have condemned the defacement of a Hindu temple in Melbourne’s northeast with anti-Indian graffiti.

BAPS Swaminarayan Mandir, a Hindu temple in Mill Park, issued a statement on Thursday saying their community was “deeply saddened” by the graffiti.

“BAPS Mandirs across Australia are symbols of a thriving multicultural society which nurture Australian values of respect, mateship and tolerance,” the statement said.

“We are deeply saddened by the anti-India graffiti at the gates of the BAPS Shri Swaminarayan Mandir in Mill Park, Melbourne, Australia by anti-social elements.

“We are thankful to the appropriate authorities, including the governments of Australia and India as well as local community organisations, for their continued support.”

Slogans written on the walls included “Hindustan Murdabad” – translated as ‘down to’ or ‘death to’ India – and “Modi Hitler” – comparing India’s prime minister to Adolf Hitler.

A Victoria Police spokeswoman confirmed police were investigating reports of a graffiti incident on January 12.

“Police have been told graffiti was written on the walls and fence of a building on Heaths Road in the early hours of the morning,” the spokeswoman said.

“An investigation into the incident is ongoing.”

There has been widespread condemnation of the vandalism from local political leaders and community organisations.

Mill Park MP Lily D’Ambrosio said she had reached out to the temple to express concern over the “attack”.

“I have had the honour of visiting on many occasions and hope that the appropriate authorities can identify those responsible and bring them to account,” she said.

“There is no place in our community for such attacks.”

Federal Liberal and shadow Attorney-General Julian Leeser said the graffiti represented a “strike at the very heart of freedom of worship”.

“Regardless of the faith community under attack we must have a zero tolerance approach to such conduct,” he said.

“This attack is a cruel blow coming as it does during a time of global celebration of the centenary of HH Pramukh Swami Maharaj.” 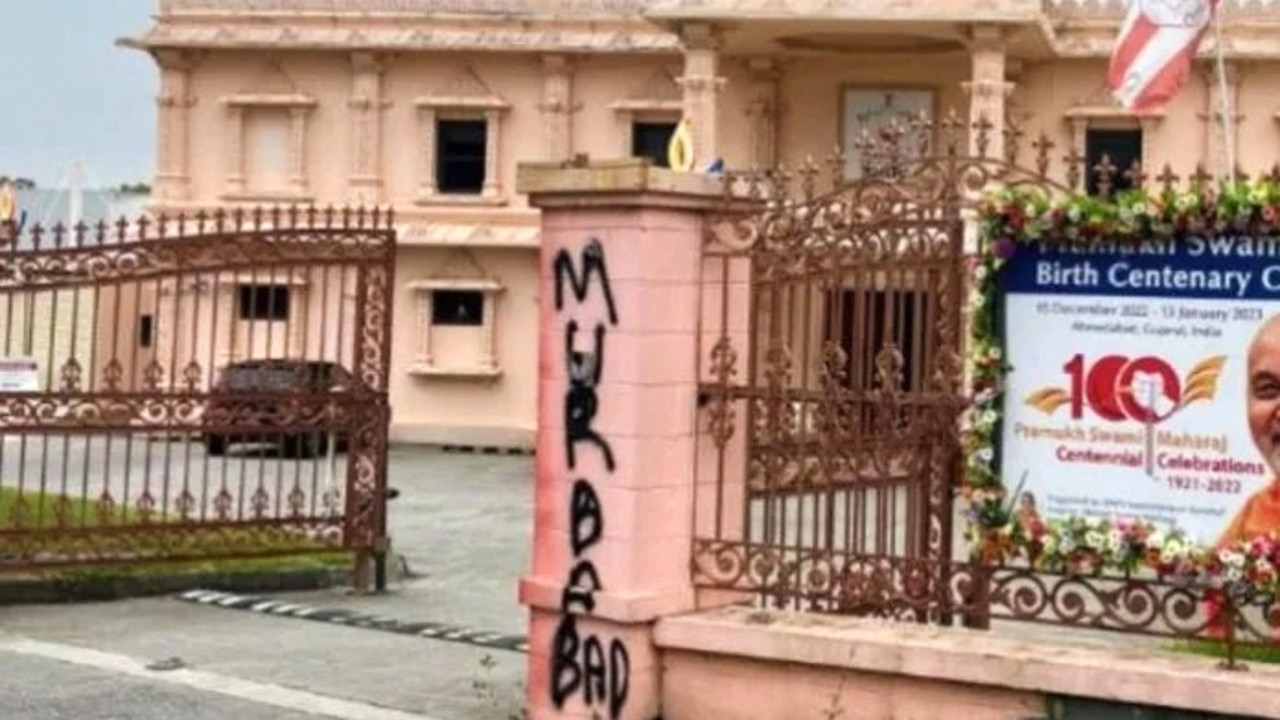 “This vandalism event is a matter of deep concern for Melbourne’s peaceful Hindu community and must be strongly condemned” he said.

“We request a detailed investigation in this matter and corrective action taken to control the general increase in incidents of hate crimes against the Hindu community in Victoria.”