A cost-cutting Australian has been captured standing in a trailer being towed by a car down a busy road, holding up a large fridge.

Seemingly with little care for his own safety, the man – who is too short to see above the fridge – was seen standing behind the bulky item as it was pulled by a small red car.

With nothing but one hand clasped to the top of the fridge and the other to the side of the trailer to keep him stable, the unusual sight seemingly caused alarm among passing drivers.

One snapped a photo that later appeared online with the caption: “The things you see on North Road at 5pm on a Sunday”. 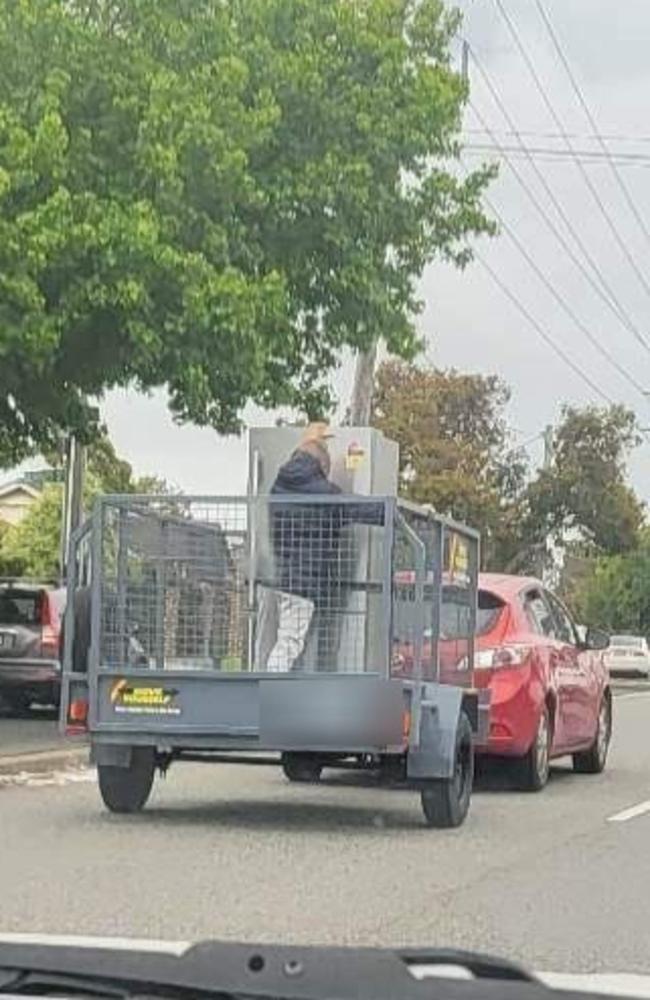 This man was spotted on North Road in Melbourne on Sunday. Picture: Facebook

Dozens couldn’t believe what they were seeing when the photo appeared on a local community Facebook group.

“That moment when you forget your tie down straps,” someone else remarked.

“safety first … for the fridge,” another joked.

One respondent argued the sight was an example of a “true Aussie” because they were “saving a $25 delivery fee”.

Someone else told everyone to “chill out” because the “guy must be a fridge-magnet”.

Victoria Police has been contacted by news.com.au.