A Melbourne man has been charged for using the notorious “Hi Mum” text message scam to swindle victims out of “a substantial amount of money”.

The scam involves cybercriminals text messaging victims claiming to be their child who has lost or damaged their phone — therefore using an unfamiliar number — and requesting urgent money to help them.

On Friday, after a six-week investigation, Victoria Police arrested a 21-year-old man from Templestowe, in Melbourne’s north east, and charged him with five counts of obtain property by deception.

“It’s alleged electronic goods were obtained in person using false documents and a substantial amount of money was obtained under the ‘Hi Mum’ scam via SMS,” Victoria Police said.

The man is due to face Ringwood Magistrates’ Court on July 18. 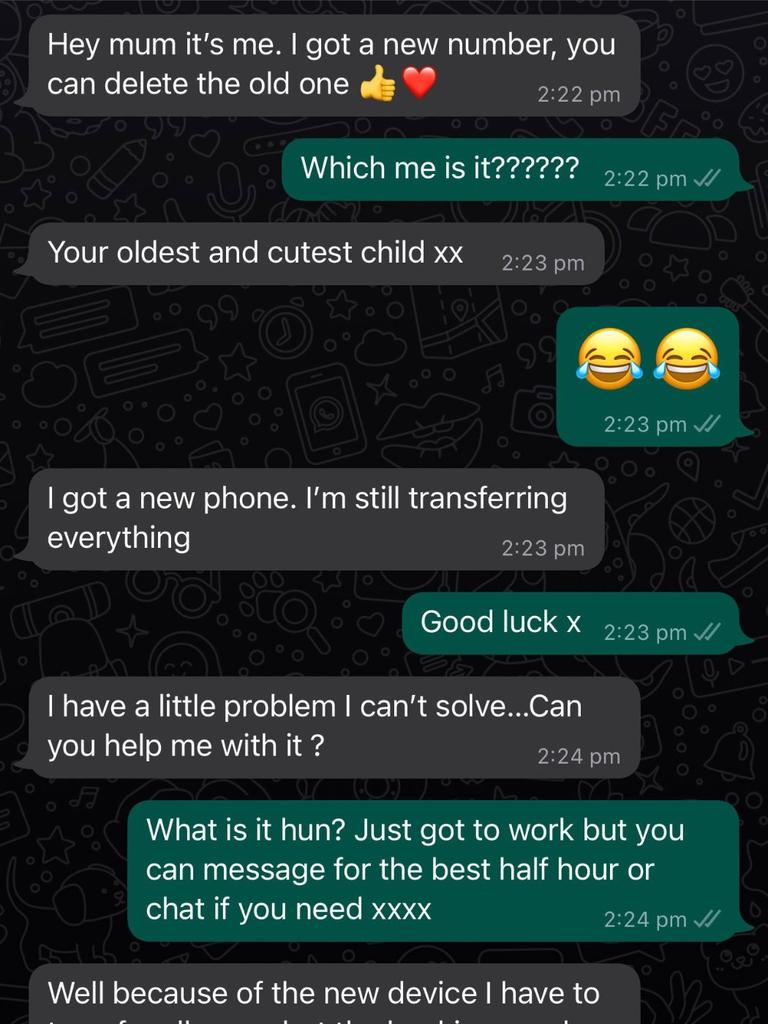 An example of messages sent in the ‘Hi Mum’ scam. Picture: NSW Police 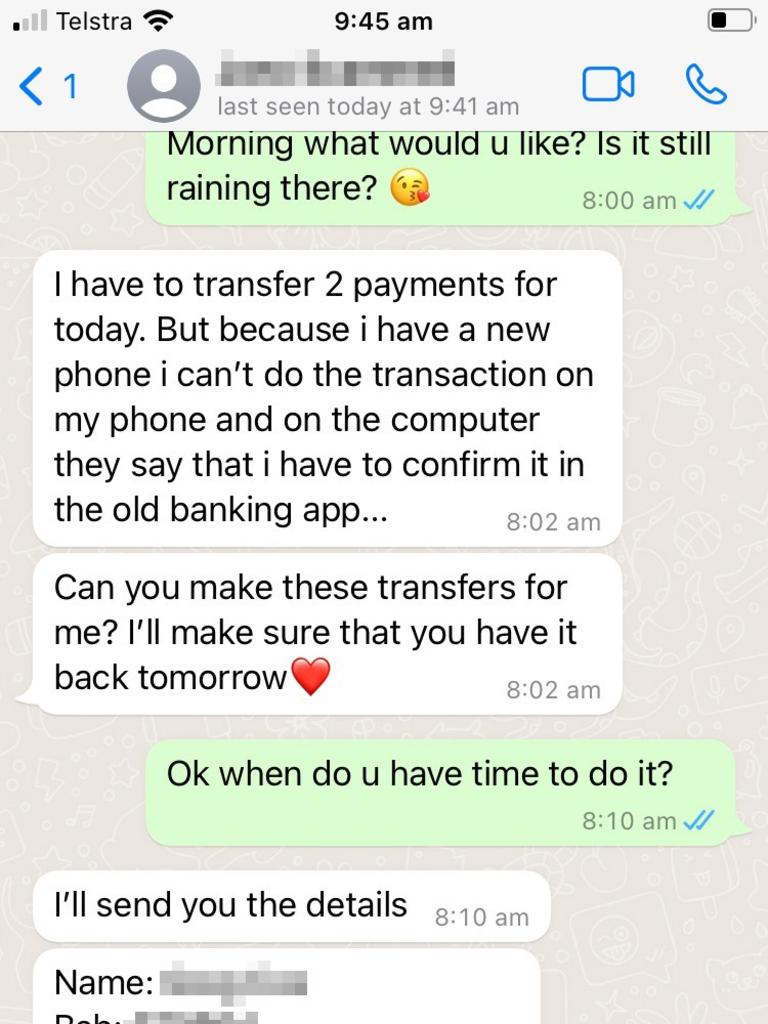 The scam swindled Australians out of more than $2.6 million in 2022. Picture: Supplied

More than 1150 Australians fell victim to the “Hi Mum” scam in the first seven months of 2022, losing $2.6 million, the Australian Competition and Consumer Commission (ACCC) said.

A Sydney woman recently told how she almost fell for the cruel scam after being texted by a cybercriminal impersonating her eldest son.

She was given an elaborate story about how her “son” needed help making an online payment, and came close to sending the scammer $5000.

But after a moment of doubt, she managed to expose the scam by asking a simple question about her children’s grandfather the scammer couldn’t answer.

“It was just a little voice that thought, ‘Is that really him?’” the mum told NCA NewsWire.

“I felt really bad asking him the first time. I could feel myself cringing. When he didn’t answer it the first time, I thought something is going on because that should just roll off the tongue.” 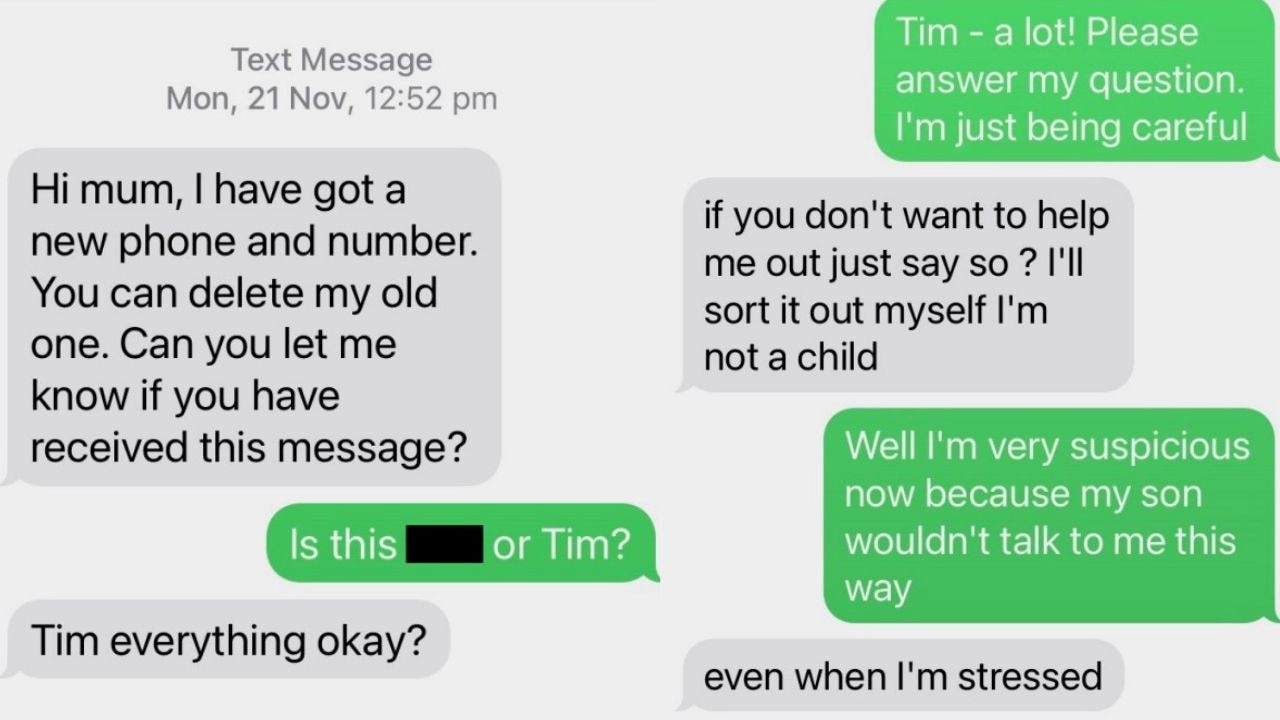 The mum’s better instincts kicked in before she sent money to the scammer. Picture: Supplied

ACCC deputy chair Delia Rickard said it was important to independently verify suspicious messages, perhaps by contacting the sender through another form of communication, or asking questions to ascertain their identity.

“We are warning Australians to be very wary of messages from unknown numbers claiming to be from their children, parents, relatives or friends,” she said.

“Scammers will stop at nothing to get your personal details or money and this particular scam is designed to pull your heartstrings.

“It’s important to stop and think if you get a message, especially on WhatsApp, because chances are it’s not your family member or friend – it’s a scammer.

“Above all, never send money without being absolutely sure who you are sending it to.”